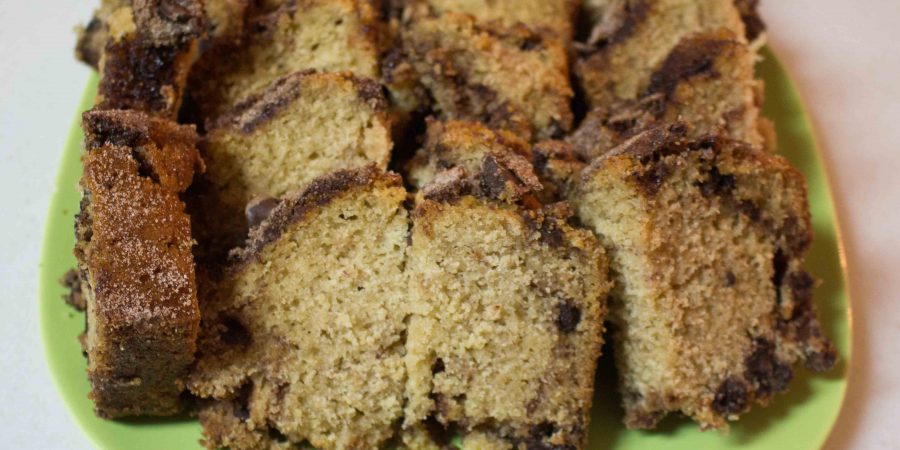 Cinnamon Chocolate Chip Bread is a decadent way to eat dessert for breakfast! 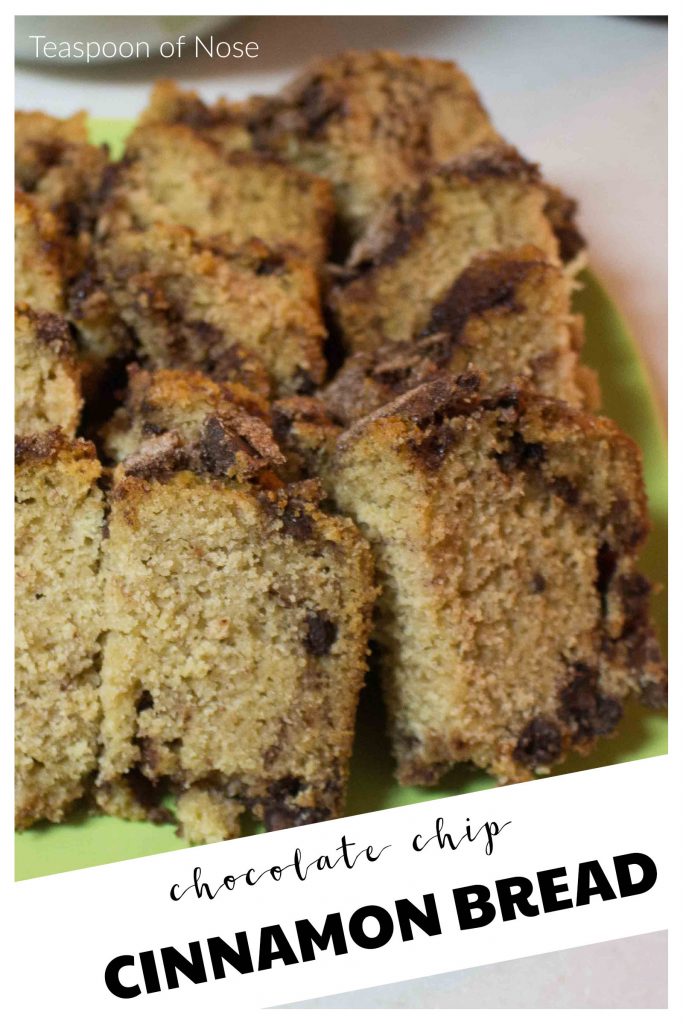 I hope everyone is enjoying some slower days in this last week of 2016! We’re watching lots of TV and playing with our Christmas presents. In the spirit of this holiday laziness, here’s an easy but festive breakfast bread.

I love desserts masquerading as breakfast. It’s as if adding cinnamon or fruit makes them acceptable for the main dish. So how do you make something as tasty as cinnamon bread better? 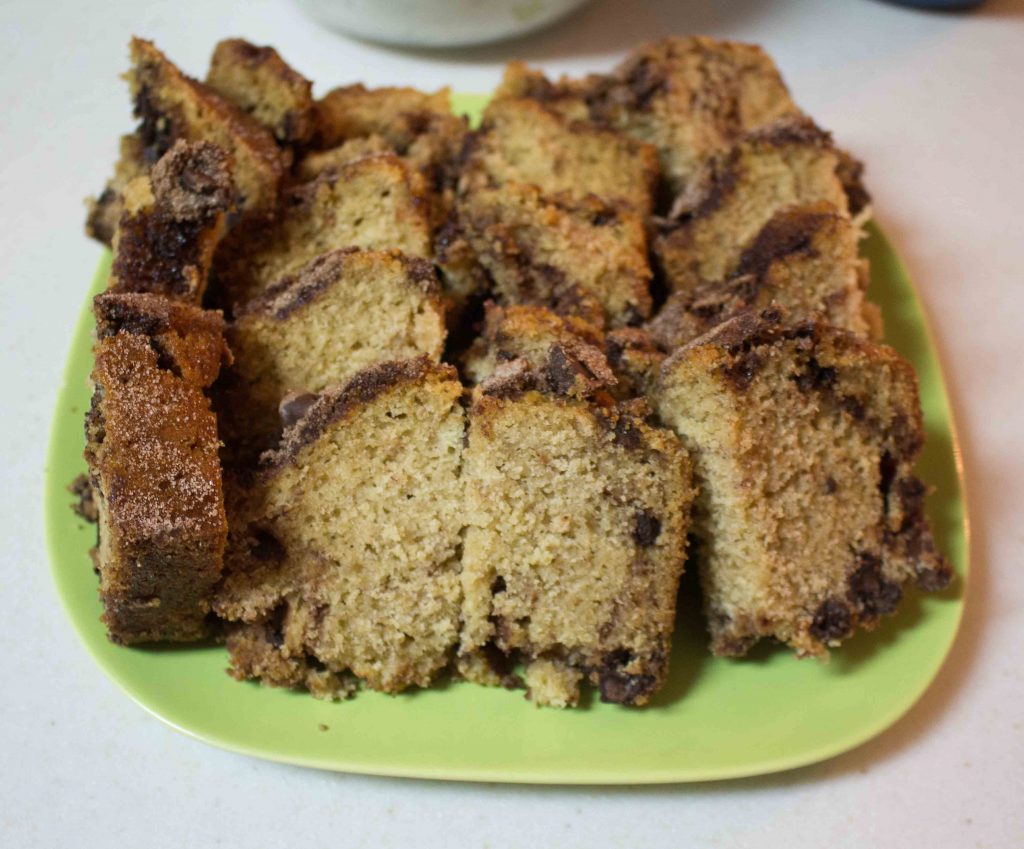 This quickbread comes together easily and uses mostly ingredients you already have. It’s great for hosting overnight guests: breakfast is easy and uncomplicated, and you can make it in advance! 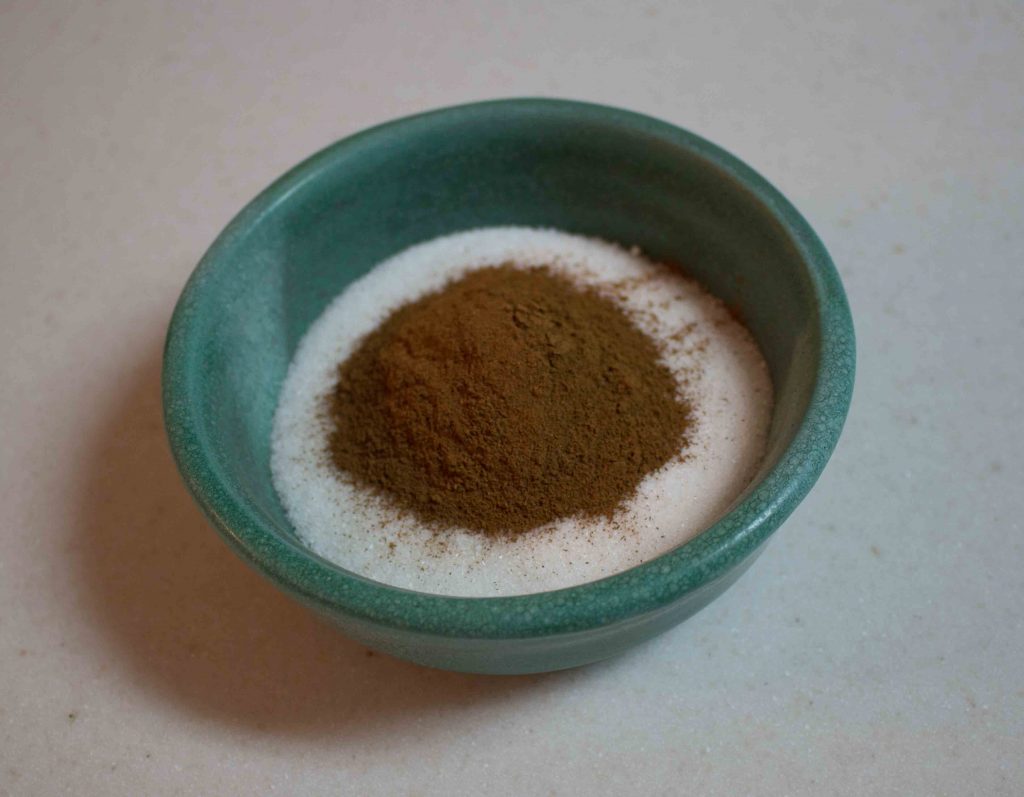 Start with the cinnamon sugar swirl. 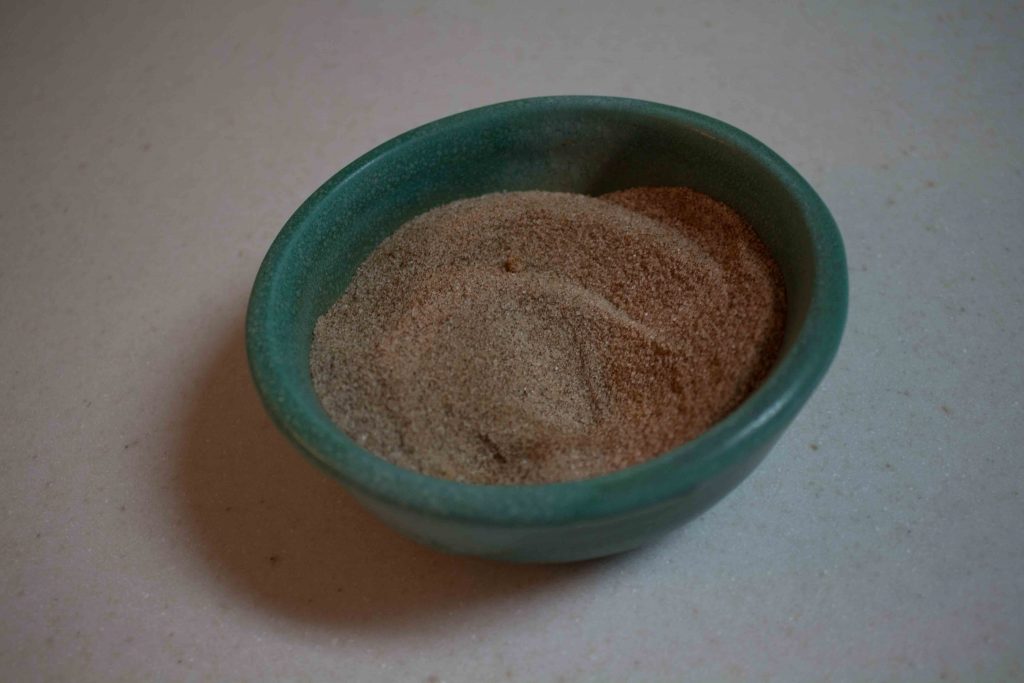 It’s as easy as mixing it together. Set aside for later. 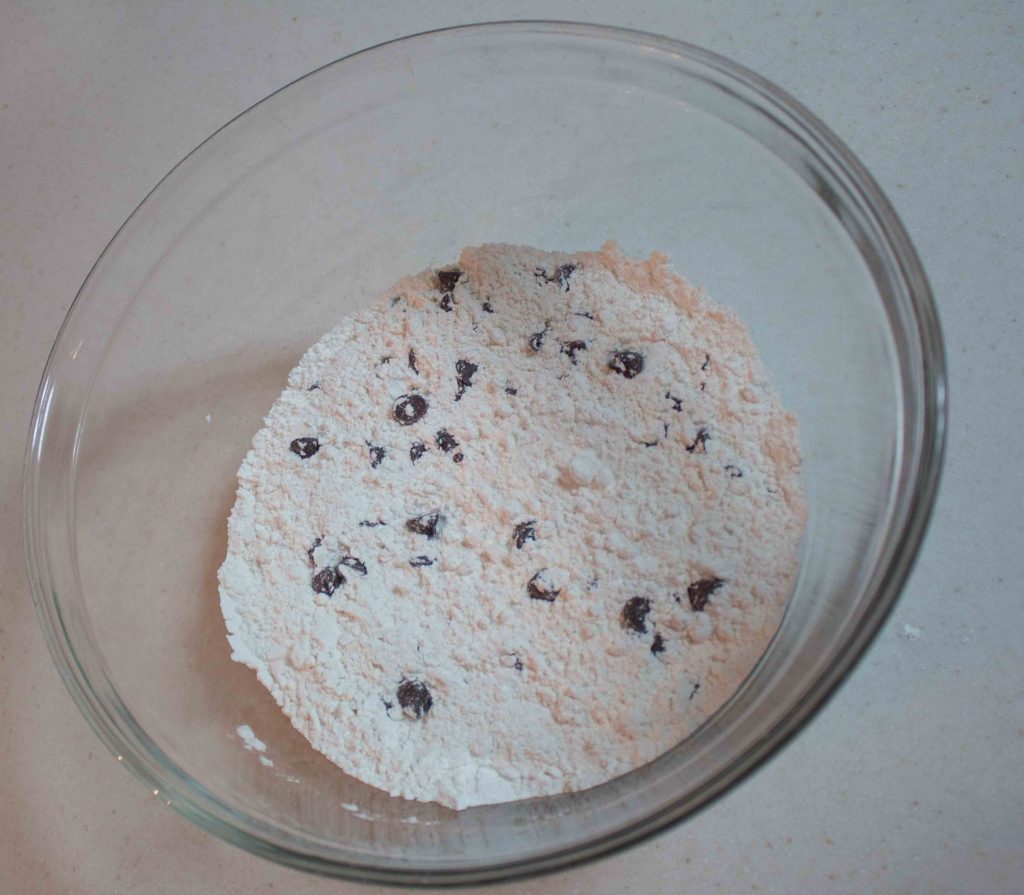 Combine the dry ingredients in a large bowl.

In a separate bowl, combine the wet ingredients.

Pour half the batter into a greased loaf panloaf pan, then spread most of the cinnamon sugar on top. 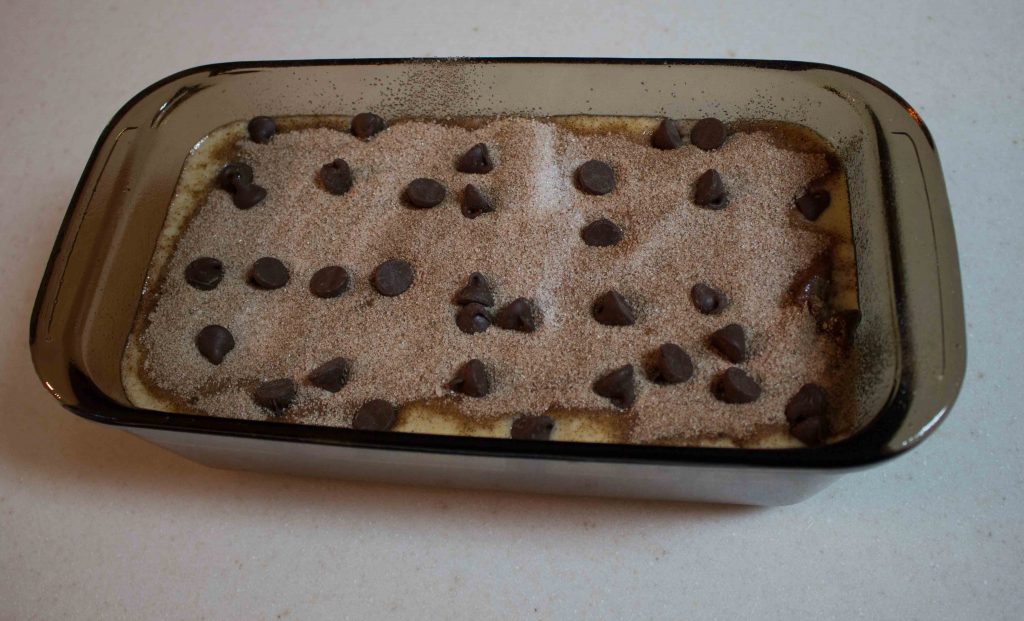 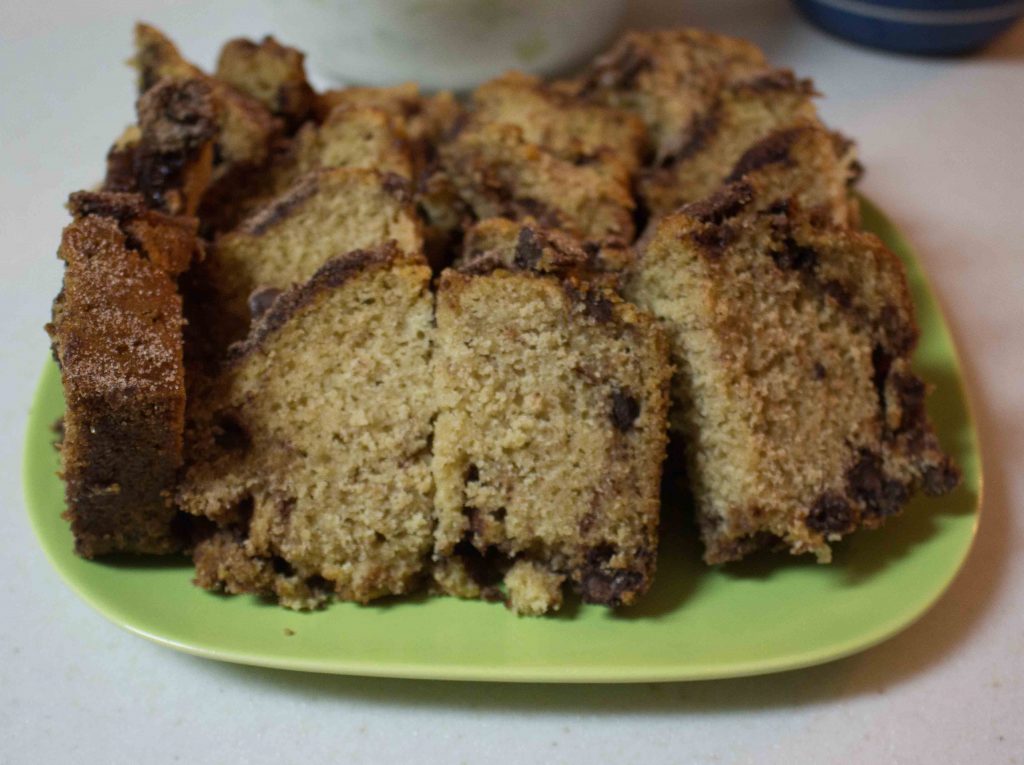 If you don’t have buttermilk, you can make your own by adding 1 tbsp of lemon juice to any other percentage of milk. Just remember to remove a tablespoon of milk to equalize the liquid going into your recipe. Meaning: put the lemon juice in your measuring cup first, then fill to one cup with milk. Stir and let sit for five minutes, and you’ve got fake buttermilk!

What’s your favorite dessert for breakfast?