Geneva is a beautiful city, with enough to see and explore to last you weeks. But when you’ve only got a day or two, here’s how you should spend it! 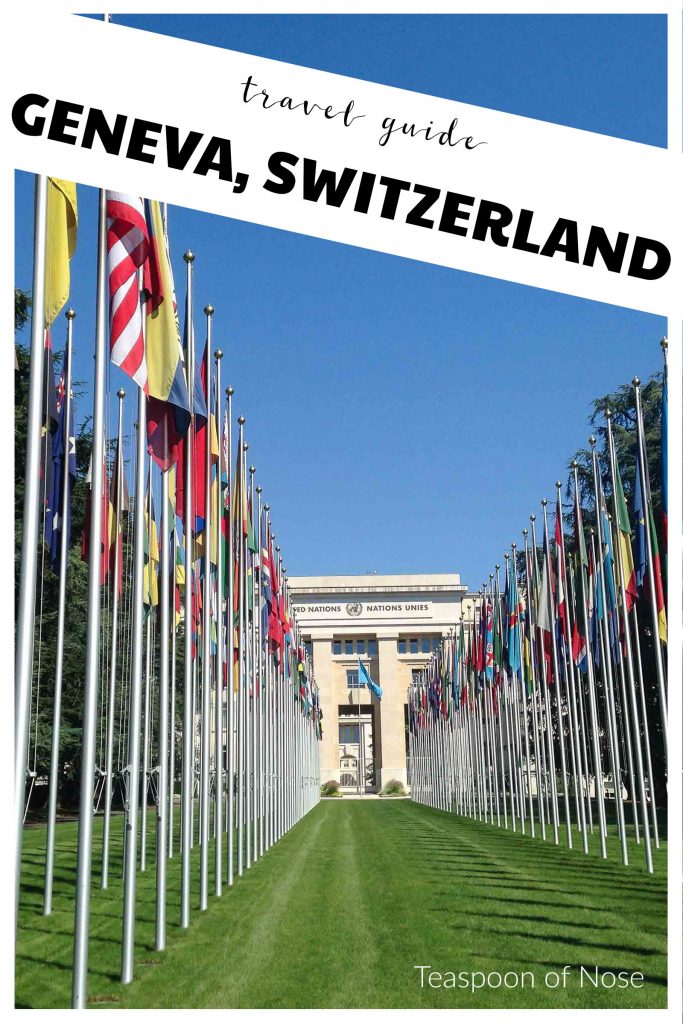 After nearly a month in Europe, we began our journey back to Paris and then home. Conveniently, the most direct path home put us through Switzerland anyway. And we couldn’t resist the chance to squeeze in one more city (and country!) to our road trip! So off we went to Geneva.

Since we really only had one day in the city, I knew we had to be strategic. It’s a major city and has a ton of offer, but the one big thing I wanted to do was see the United Nations’ Palais des Nations.

Confession: I was a total nerd in high school. Scratch that: I’m still pretty nerdy, on several fronts. But one way this manifested in high school was via Model United Nations. It was my main club (after chorus, but that was a class at our school). I even led the club as president for TWO YEARS. So that’s now on the internet for everyone to know about me. I unapologetically loved – and still love – it though, and part of it ties into my love of travel and culture and learning.

Unsurprisingly, the number one thing I wanted to do in Geneva was check out the United Nations. 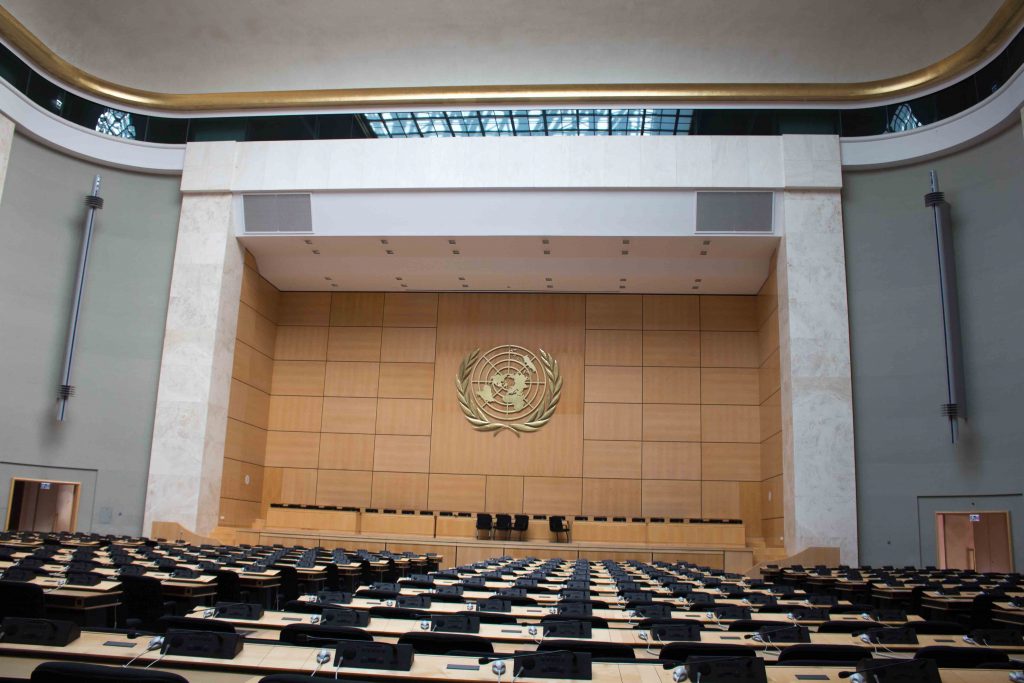 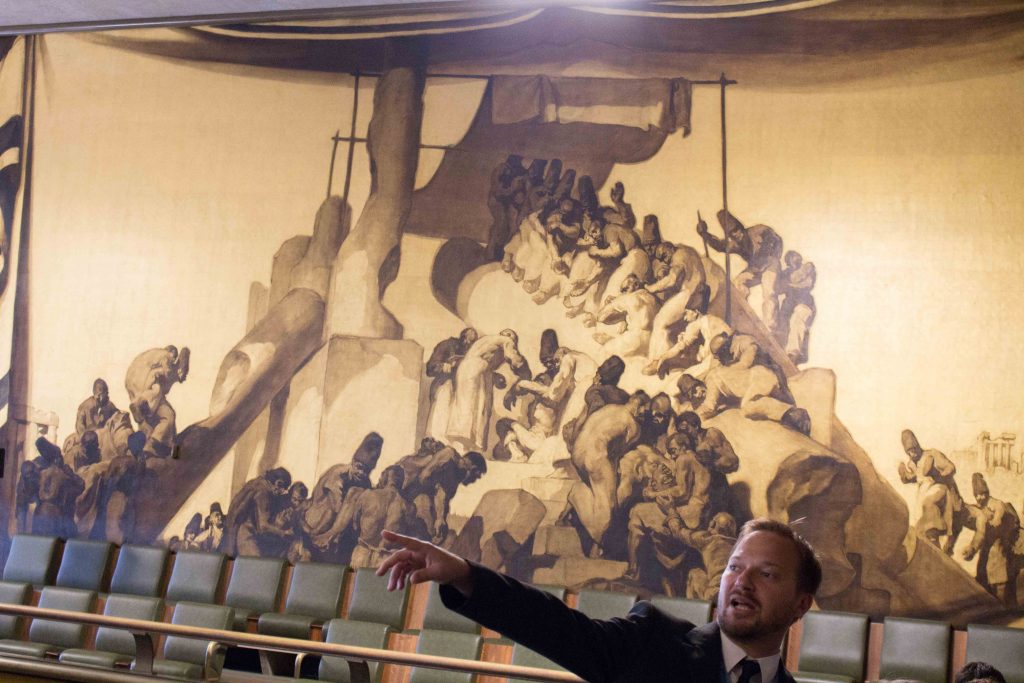 Actually going into the rooms was clutch. Our tour guide could point out things, or tell us momentous decisions reached in each room, or explain the symbolism of the art.

I learned a lot about the structure of the UN: New York serves as global headquarters, with the General Assembly and Security Council. Geneva holds the second biggest UN site and houses the World Health Organization as well as the human rights, humanitarian efforts, disarmament, communications, and intellectual property committees. I was pretty intrigued by the divisions: they seem to roughly mirror American and European priorities as it comes to global relations.

Our guide told us about recent decisions that had been made in that very room, or times when mediation has helped settle border disputes peacefully. Setting a clear North Korea/South Korea border and dividing up Yugoslavia both happened in the above yellow room!

The building itself is absolutely beautiful. It’s the former home of the League of Nations and therefore stood empty most of WWII when that organization failed. After the dust settled, Geneva offered the space to the newly minted United Nations as a headquarters. The building’s decorations are donated from nearly every country present, even down to the marble for columns and textiles covering the floors.

My nerd self loved the Palais des Nations so much that I didn’t really care what else we saw that day. So we slowly made our way through the streets of Geneva until we came to Lake Geneva. The lake is massive and Geneva only sits at the tip of it, where it reconnects with the Rhone River. The water is still and beautiful, much clearer than most lakes sitting alongside major cities. In the middle you’ll see the Jet d’Eau, a simple enough in concept but impressive for the height the fountain can spray. We spent an hour or so wandering the shoreline, which is dotted with statues on land and geese on the water.

The locals  have a serious appreciation for their access to water. We passed at least three pools and no fewer than 10 families taking their children to swim on a warm summer day. Our Airbnb host told us went swimming every day in a small lake hear his apartment. 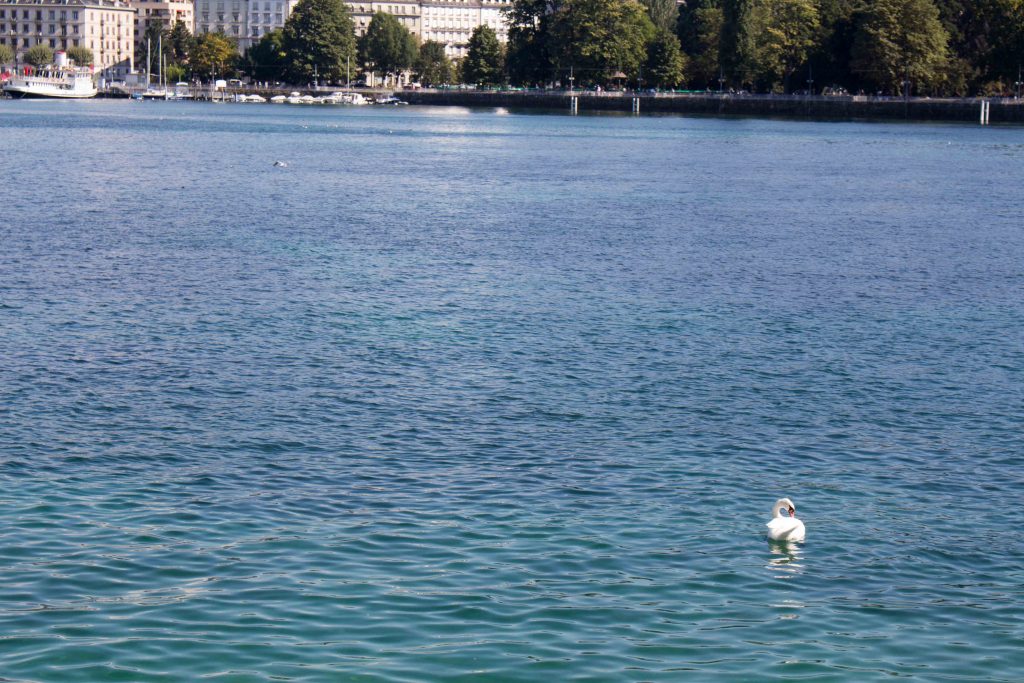 Geneva is a pretty expensive city, particularly when it comes to food. If you’re on a budget, this may be a town to grocery shop in. We grabbed caffeine and a quick lunch at Coffee Lab, which had agood selection of fresh healthy sandwiches. For dinner we checked Chez Ma Cousine, which our host recommended as one of the best meals in town, and we’re fans! They’re known for their rotisserie chicken ordered family style. It’s a TON of food, and the secret sauce is fantastic. If want something a little lighter, get the chicken soup – very flavorful with big chunks of chicken. There are three locations in the city, so it’s probably not far from wherever you are! 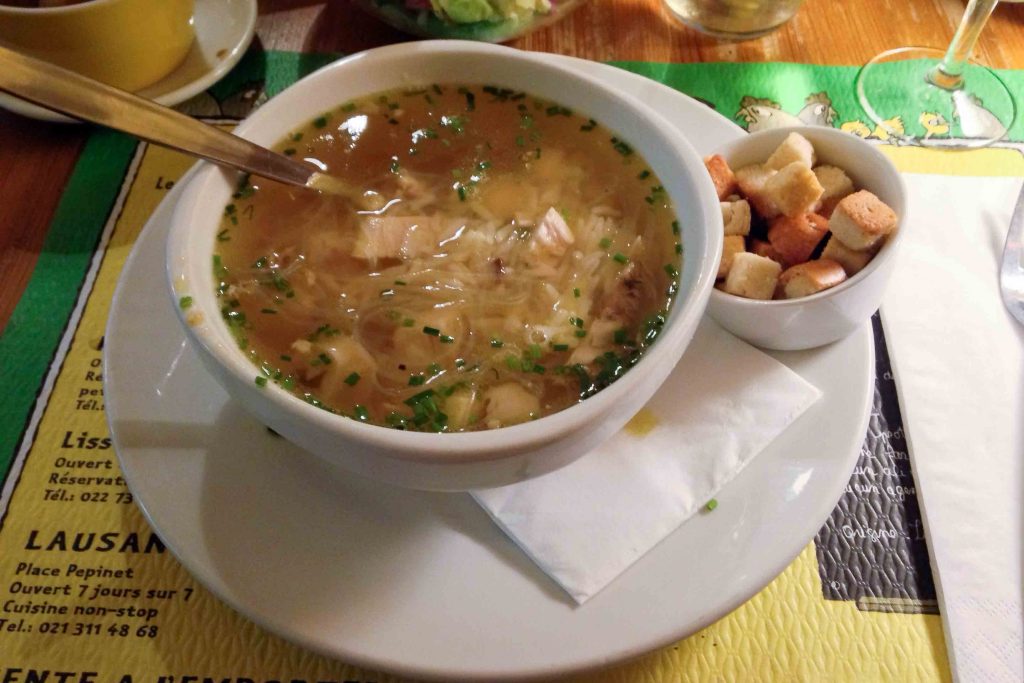 One important note about Switzerland: it’s not part of the European Union, and therefore doesn’t use Euros! Switzerland’s official currency is the Swiss Franc.  I’ve heard about lots of people who found themselves in awkward situations without the right money. Most have said that companies will take Euros, but on a 1:1 ratio with francs, which is sometimes an okay deal but not always. Since we only spent about 24 hours in Geneva, we decided to skip one more currency and only went to places that accepted credit cards. If you go that route, be polite and make sure they take credit before you order. 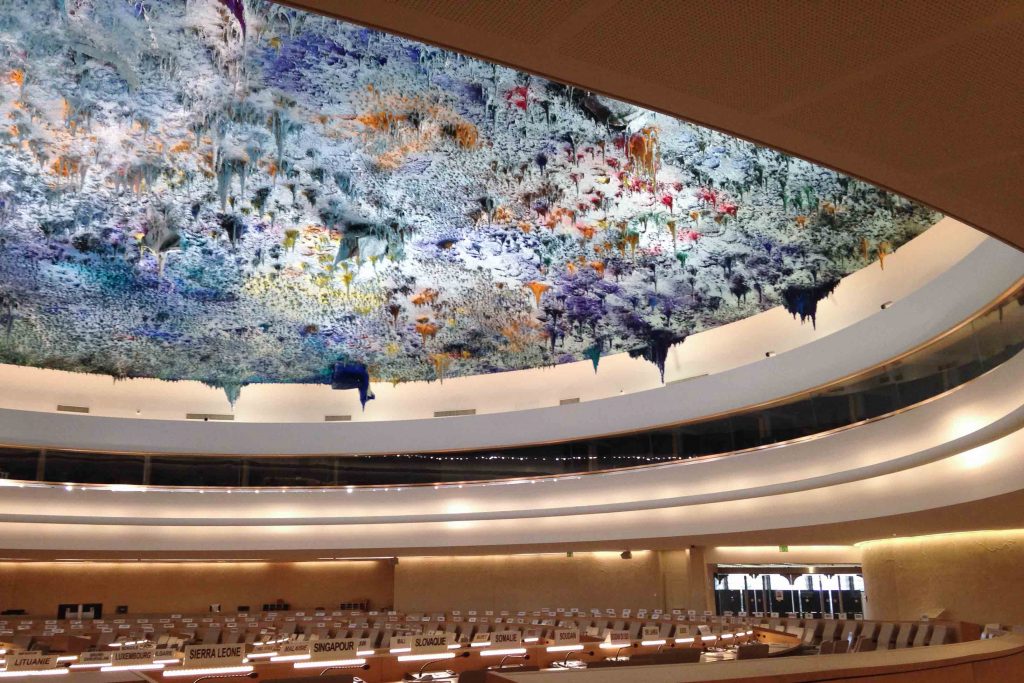 Geneva has so much to offer, so we’ll definitely be heading back someday. What are your favorite things to do in Geneva?

2 thoughts on “The best things to do in Geneva”