Huntsville, Alabama has so much to offer! Here’s some things you should check out for your first visit to Huntsville. 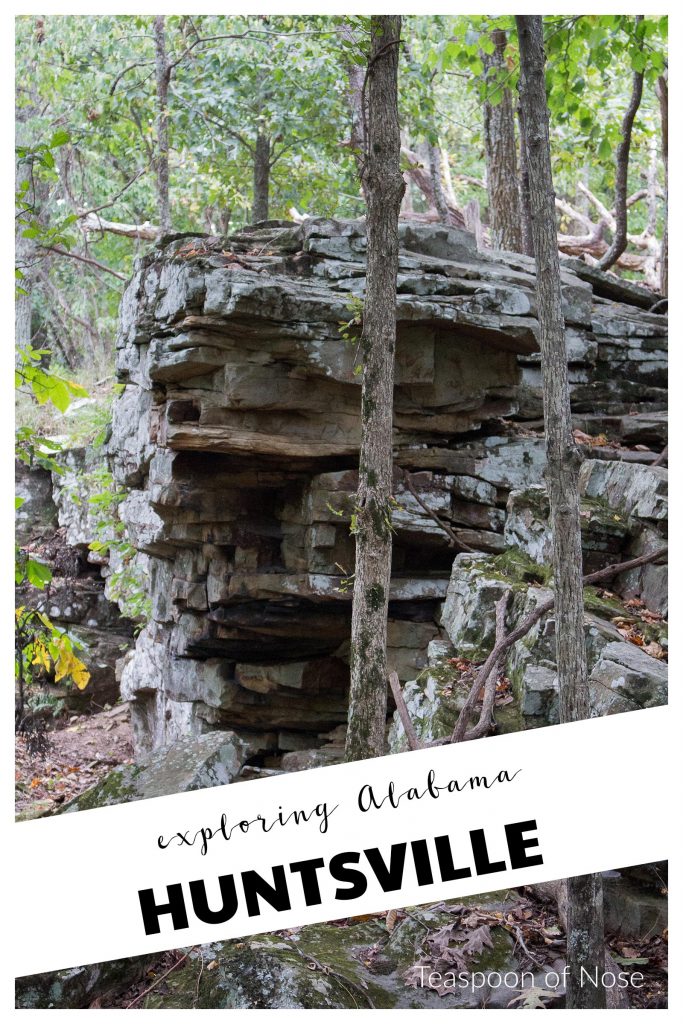 As part of our pre-move travels, we headed down south to Huntsville, Alabama! My friend Lindsay moved down there earlier this year to be with her husband and we hadn’t been down to visit yet. 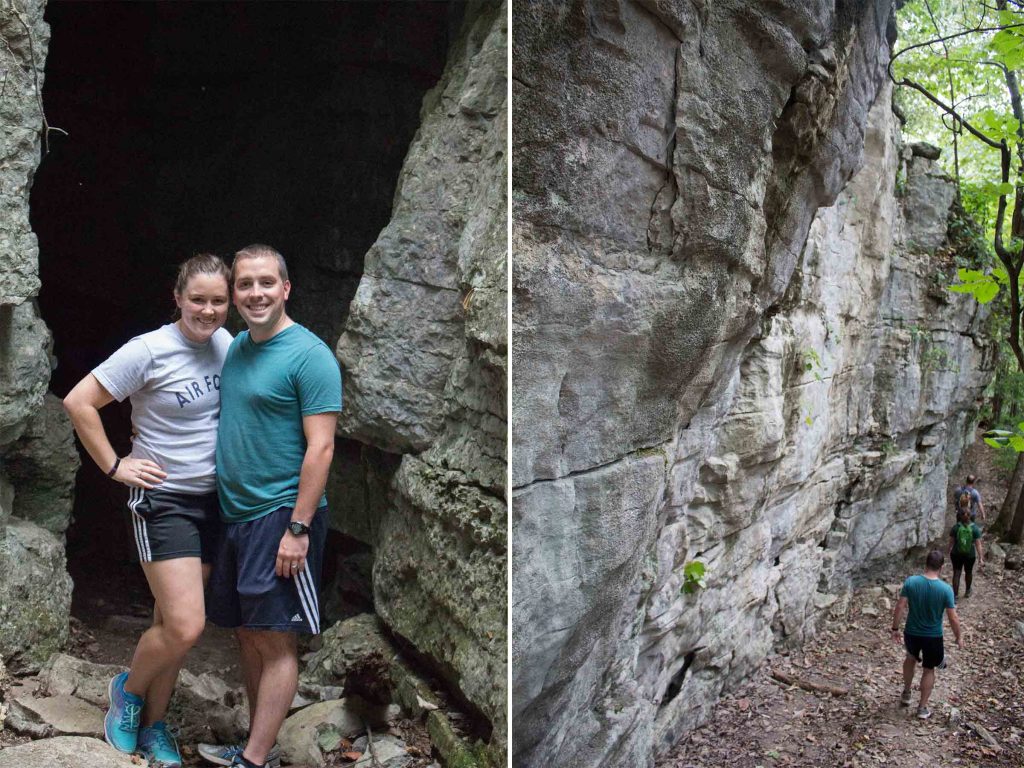 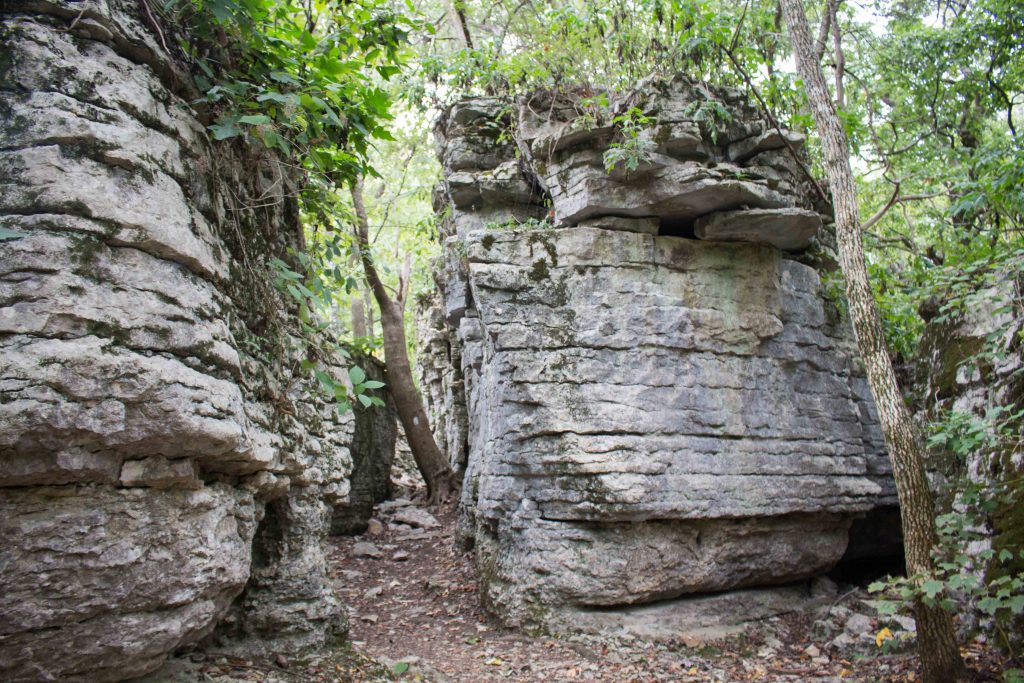 One of the things I love about Lindsay and John is that they are game for anything. Lindsay and I got into a number of shenanigans in college, and John pushes it even further! So I always know when we’re hanging with them, we’re going to have a blast. I didn’t know much about Huntsville or the surrounding area, but they pretty much treated the weekend as three days of Operation: Huntsville Is Awesome.

We spent our Friday night at Lowe Mill, and it was the best. Think food trucks, live music and cool art. If I lived there, I would be here every. Friday. Night. Plus, not too far away are a couple of bars opened up in an old middle school, which makes for a nostalgic craft brew. The beer was fantastic, but the atmosphere was the main attraction! 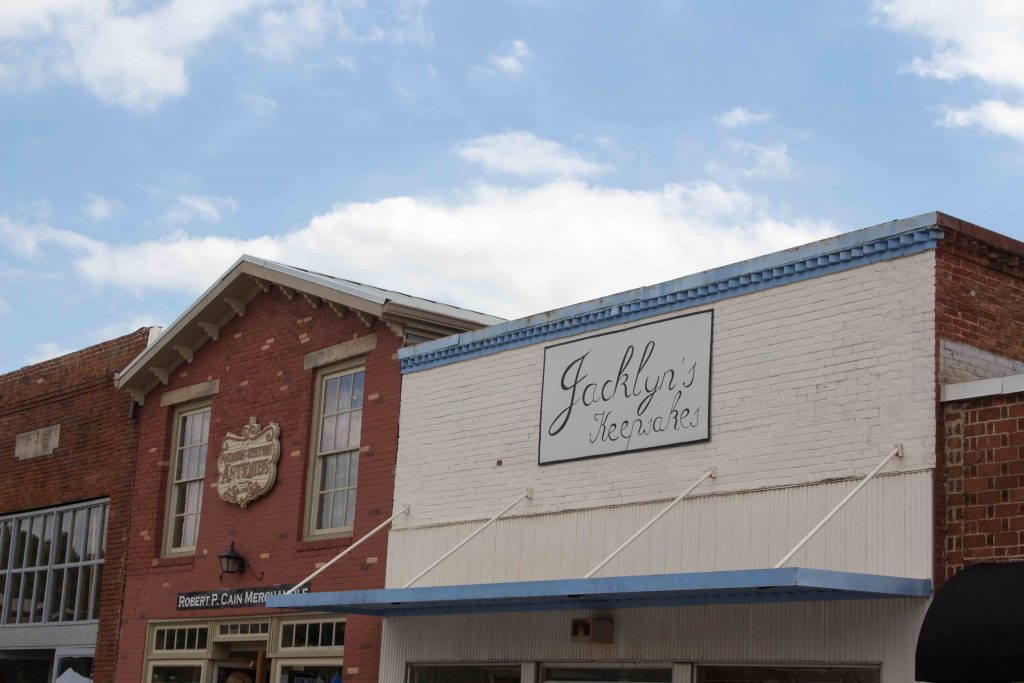 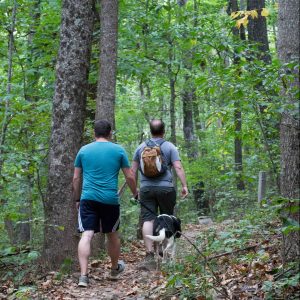 My favorite thing we did had to be hiking. One afternoon we grabbed the dog and headed to Monte Sano State Park. Let me be the first to say that Alabama has some gorgeous mountains and forests. I’m not sure what I pictured, but its much more lush than I expected!

We hiked several trails which crisscrossed each other and spent several hours wandering the woods. I love the peacefulness that settles around you when you’re in the woods, far from the sounds of cars or other people. The trail meandered through rock formations, with plenty to scamper under or over as we explored. We managed to spot a few of the elusive wild goats of Monte Sano (yes, this is a thing, it was hilarious) but no photographs – they’re too skittish! We didn’t see any armadillos this time, but they can be found there too. 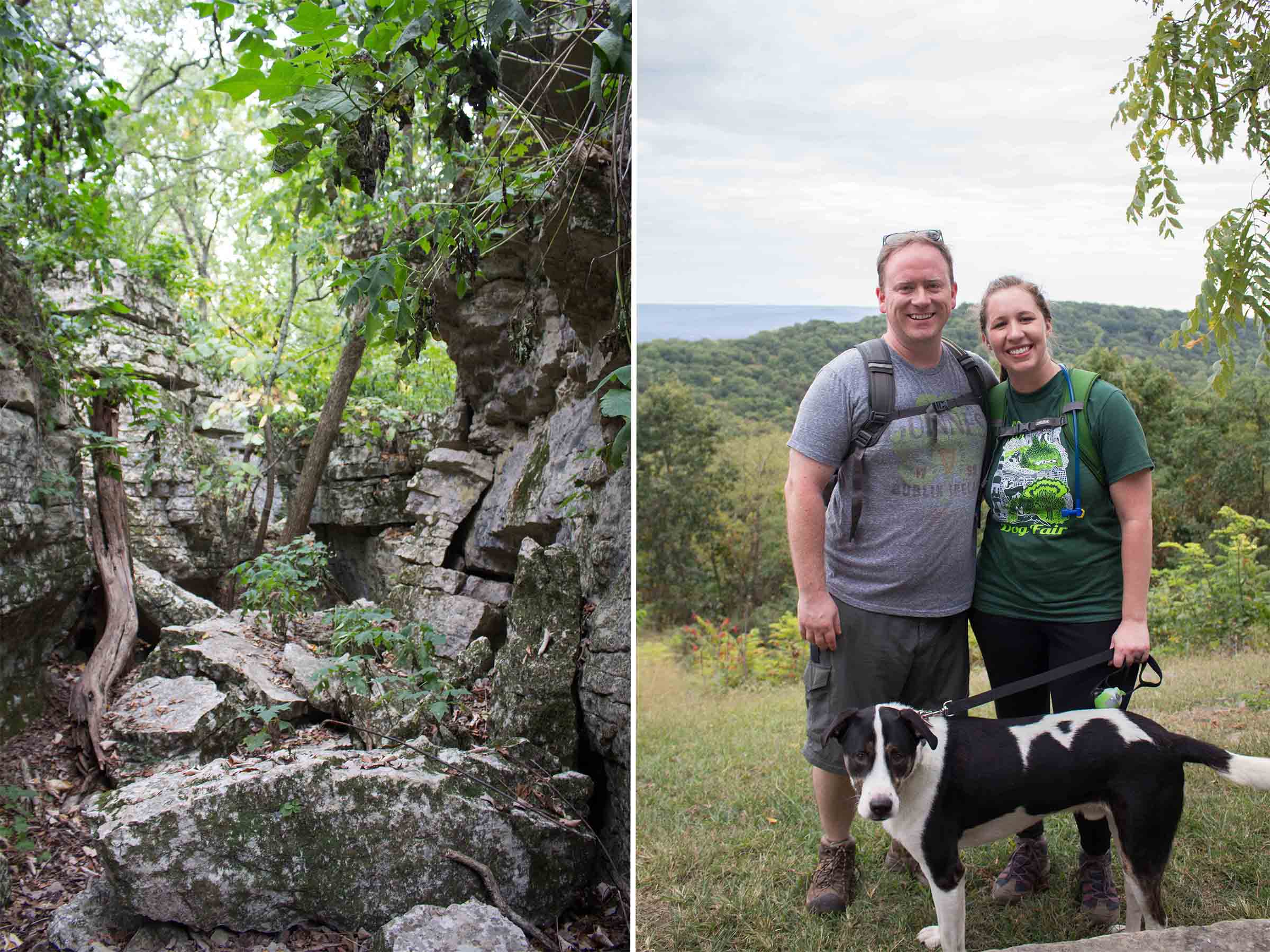 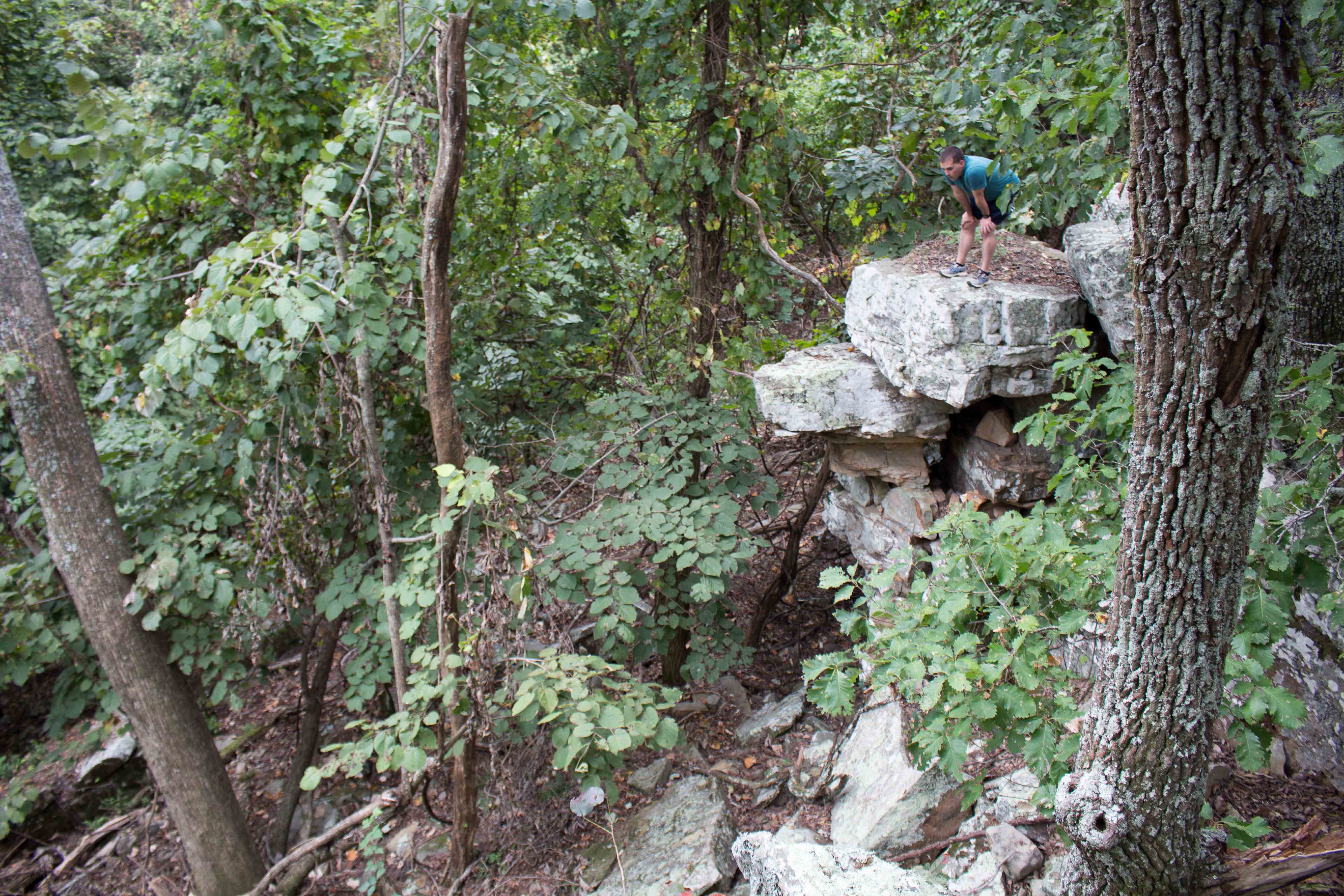 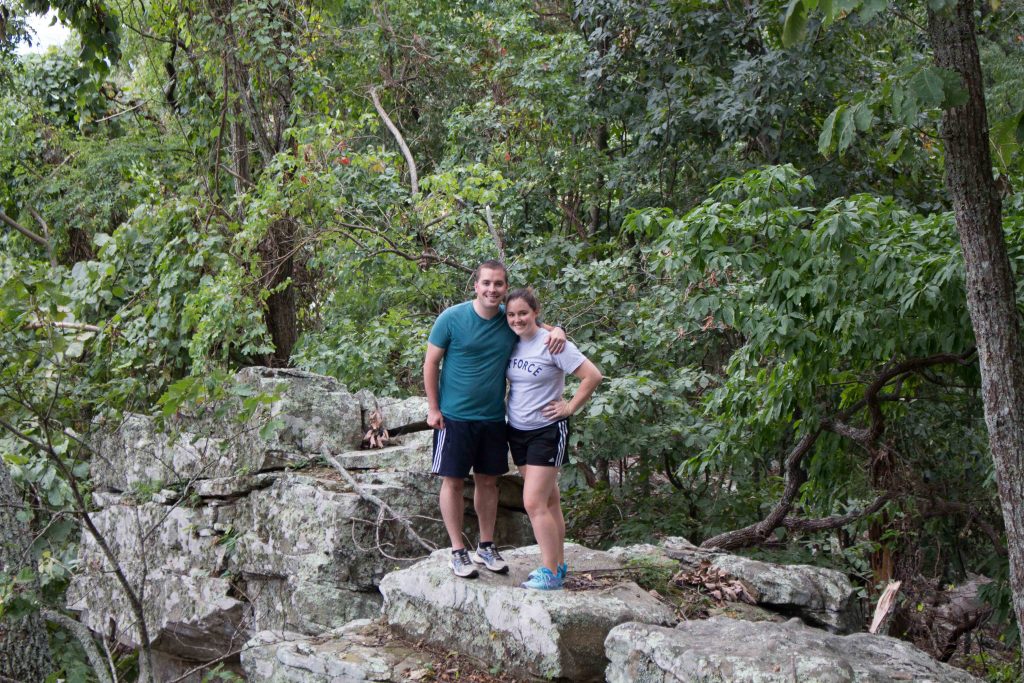 Another advantage of Huntsville is the proximity to other fun areas. For example, it’s less than 90 minutes from Lynchburg, Tennessee. What’s in Lynchburg, you ask? Jack Daniel’s Distillery! 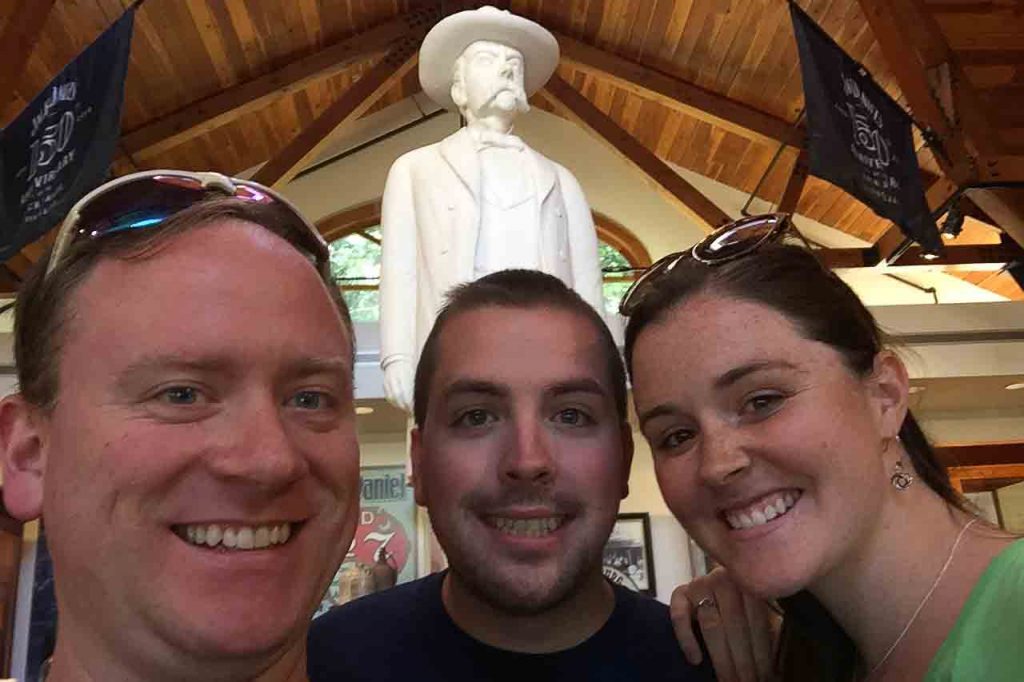 Unfortunately I misread the sign and didn’t take my camera in – you can, in fact, take your camera on the tour. They have several variations of the tour, but we knew we wanted to go on the one with tastings. We got to do a walking tour to see the process and finished with tasting five whiskeys. I really enjoyed it, and I don’t even like whiskey. My whiskey aficionado husband was over the moon.

Another evening we took it upon ourselves to head west. Westward had enough keep you busy for a day, but we did the speedy version and zoomed through a couple areas, including Muscle Shoals (amazing recording studio in a town by the same name) and Ivy Green (Helen Keller’s birthplace).

Dinner was in Tuscumbia at the Rattlesnake Saloon, which is a must-do just for the ambience. It’s what you’d picture for a saloon, except that it’s built into a rock formation and mostly outdoors. Located in the back of a campground in the middle of nowhere, we were a little skeptical as we pulled in. But it was definitely worth the drive; truly a taste of Alabama!  We listened to live music over burgers and loved the array of cowboy hats and Southern accents around us.

About 30 minutes from the Saloon was our final destination: Dismals Canyon. Everyone kept telling us how beautiful it was in the daylight. I’d love to go back and see that, but tonight’s event was what gave the area its name: glowworms!

That’s right, Dismals Canyon (named for the type of glowworms, dismalites) is one of the few homes of the only glowworms in the US. Apparently NC can claim a few, but not in the numbers in Alabama. Flashlights in hand, we signed up for the dismalites night tour, where a guide leads you through the canyons. Although it wasn’t peak season (springtime I think), we saw several clusters of them once our eyes adjusted to the darkness! It was pretty cool. I would love to spend a weekend here hiking and doing more glowworm hunting.

All of this we managed to cram into one weekend! No wonder we didn’t manage to get to the main attraction of Huntsville: the U.S. Space and Rocket Center. It’s  been around since Werner von Braun’s time, and is basically responsible for putting Huntsville on the research & development map. But we’ll save that for our next visit! 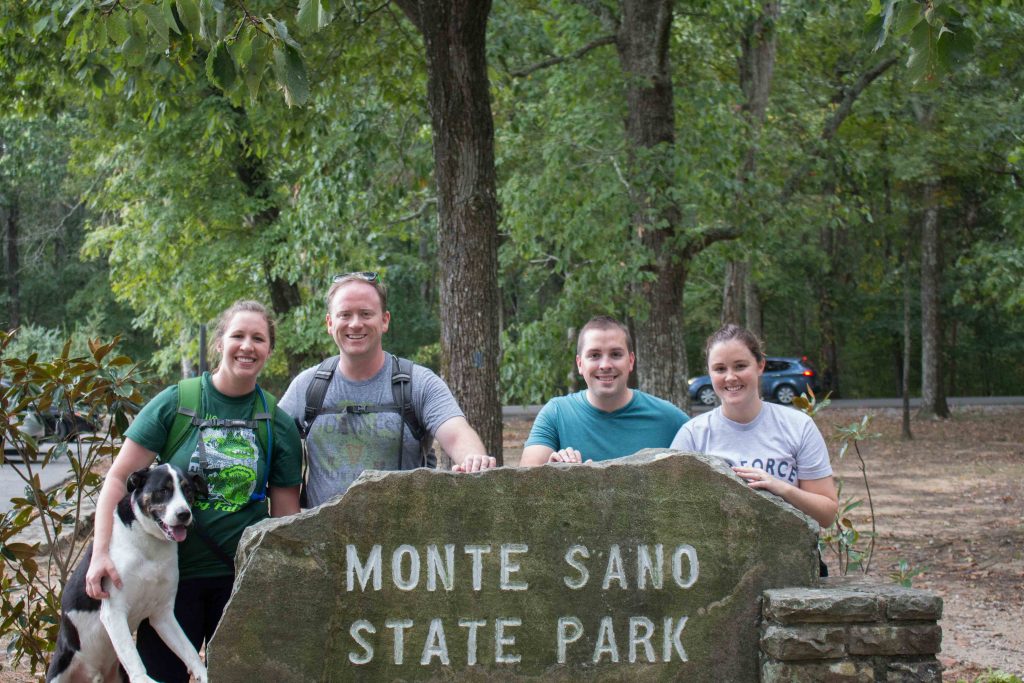 3 thoughts on “Operation: Huntsville is Awesome”