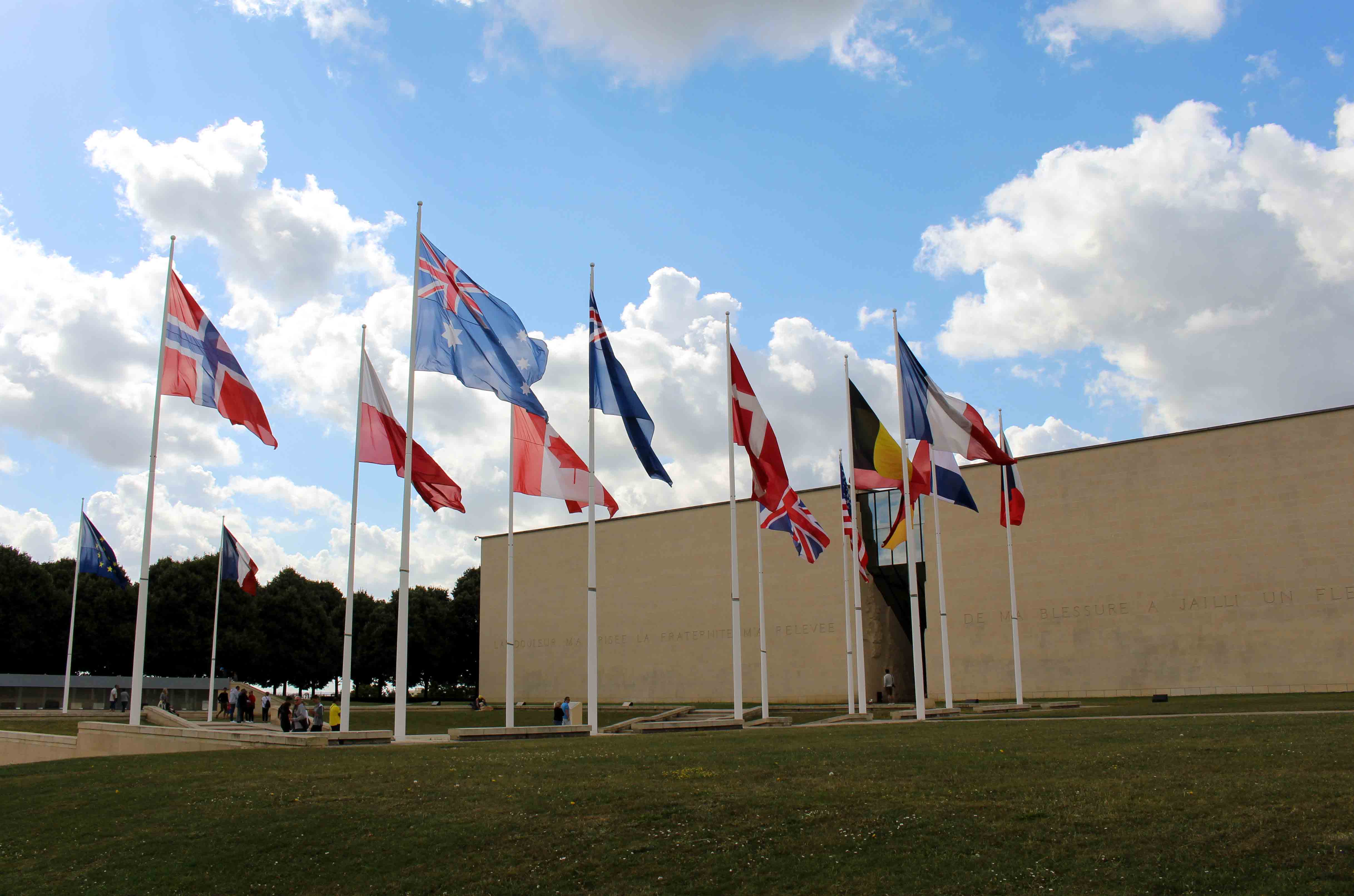 For foreign tourists, Normandy has one main draw: the famous WWII beaches that represent the turning of the tide against Nazi control. But Normandy has so much to offer! Read on for more. 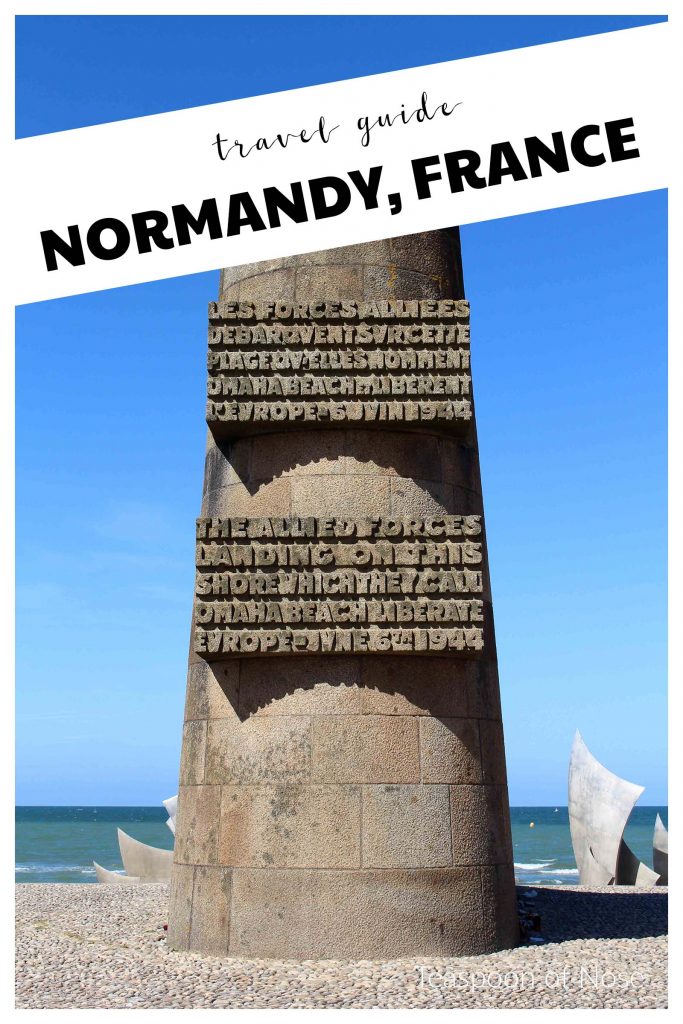 This is part of our month-long European adventure! For the full story, check here.

Tomorrow is Veterans Day, so it seemed appropriate to share about our time visiting Normandy in light of what tomorrow commemorates. It also felt important to me to reflect on what can happen when a national leader acts on hatefully towards other people groups, races, or genders, given our own election this week.

We chose the town of Caen as home base because  it hosts the best known D-Day museum, the Caen-Normandie Memorial. If you see one thing in Normandy, make it this museum! It is so well done. 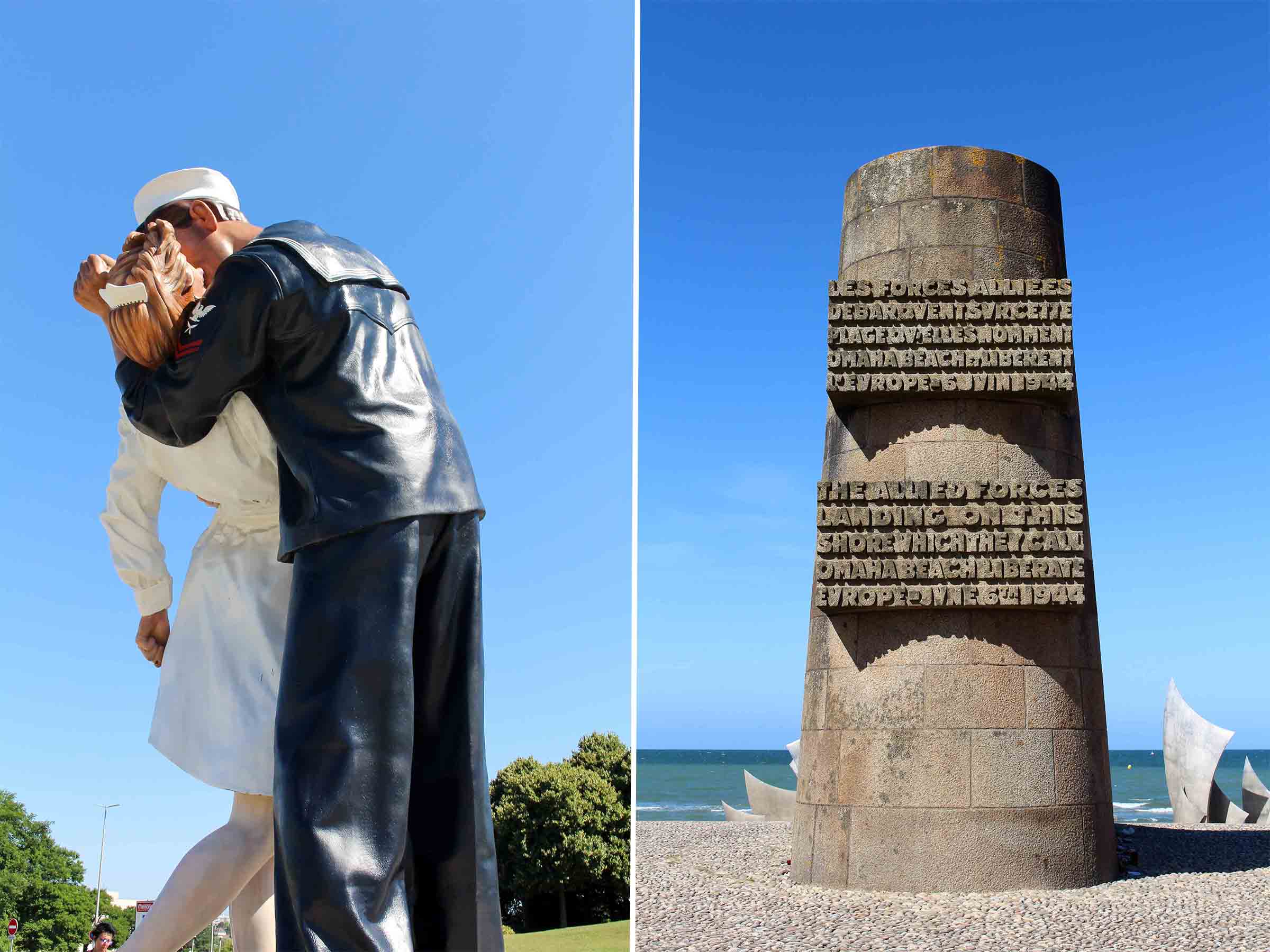 The two buildings are divided into before and after 1945. We spent most of the morning on the parts leading up to the invasion. I learned a lot of things about the war that I hadn’t heard before. For example, I never realized that Germany only occupied about half of France. The other half was nominally sovereign because it allied itself with the Nazis, seeing their winning as inevitable and wanting a seat at the table in the new world order. The French Resistance acted significantly throughout both halves, but it’s a picture of France I hadn’t seen before. The picture of life in France (in either part) during the war was chilling. It served as a sobering reminder of what government-condoned hate can do in this world.

I find it fascinating to go to museums about subjects I’m somewhat familiar with, but to see a new perspective on. One thing I noticed time and time again (including at the Churchill War Rooms and the United Nations’ Palais des Nations) was the European commitment to preventing another world war. I would argue that the US is also in favor of not having world war 3, but Europe has such deeper, more personal scars from the war that America hasn’t had to deal with, to heal from. We lost sons and daughters, fathers and mothers, and nothing can replace that and I don’t want to diminish that in the slightest. But there’s a communal reality to the war that America doesn’t register as a people. 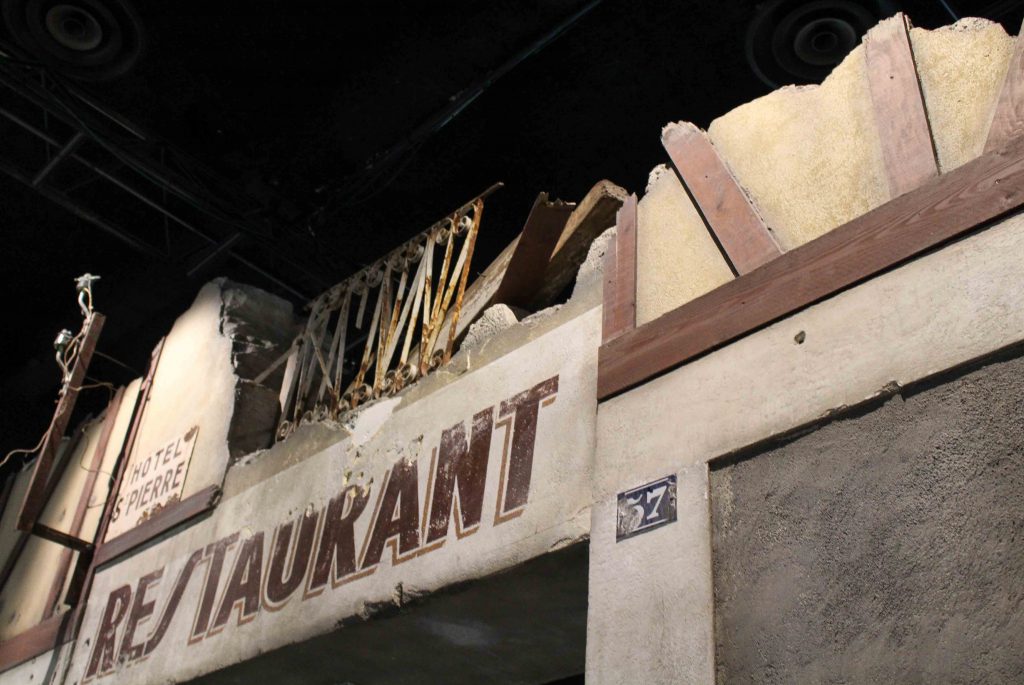 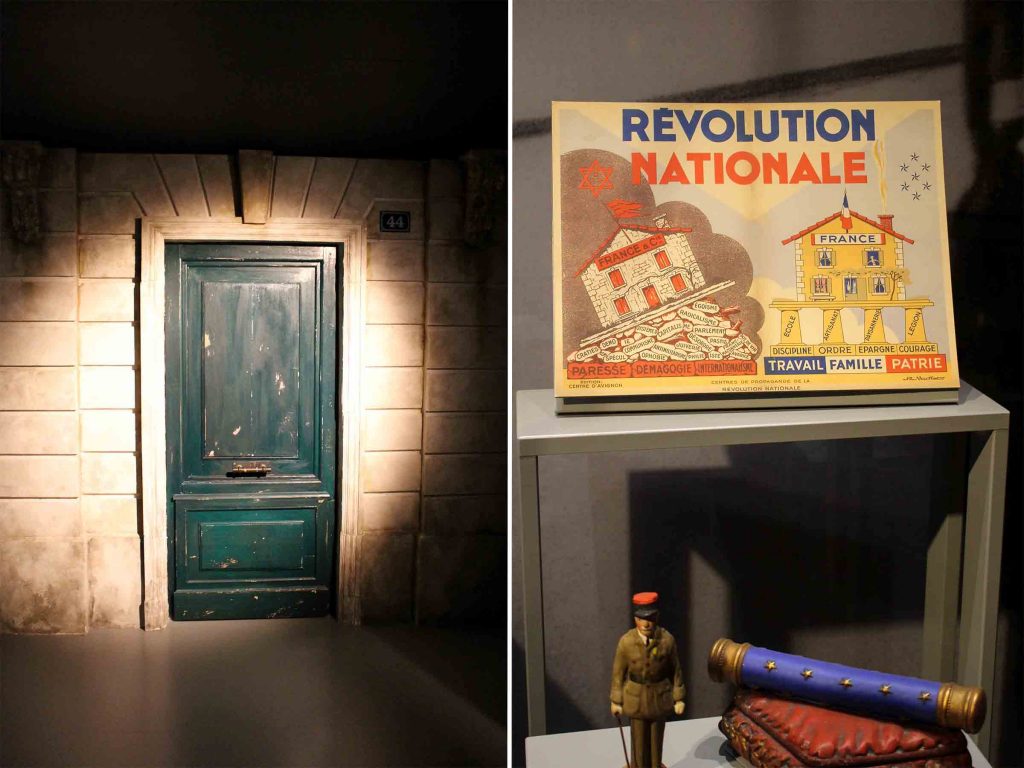 For example, our Airbnb host told us [unprompted] that he doesn’t think Caen is that beautiful of a city because it was leveled during the bombing and therefore lost its hundreds of years of culture that was embedded in the architecture and feel of the city. How many of us look at our respective cities and see it’s history, whether it’s 10 or 100 or 1000 years old? Not me, for sure.

I also didn’t know that at the time, D-Day didn’t quite feel like the  decisive a tide-turning event it turned out to be. It was a hard-fought, bloody day with a very small reward that turned out to be crucial. 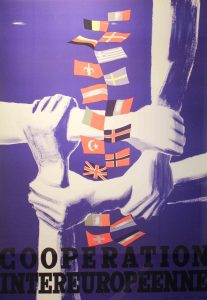 culture symbols of American and Russian life. It’s worth checking out, if only to see the ways that France interpreted America’s actions over the decades.

The Caen-Normandie  Memorial could take a whole day, and I’d advise you to plan two days (at least) to do the D-Day stuff properly. We skipped or skimmed several things, because we wanted to get out to the beaches themselves!

Since time was short, our goal was Omaha Beach. The best thing to do is rent a car because it’s a 40 minute drive away. If you have the time, make a day of this portion as well – see below for some more thoughts on this! 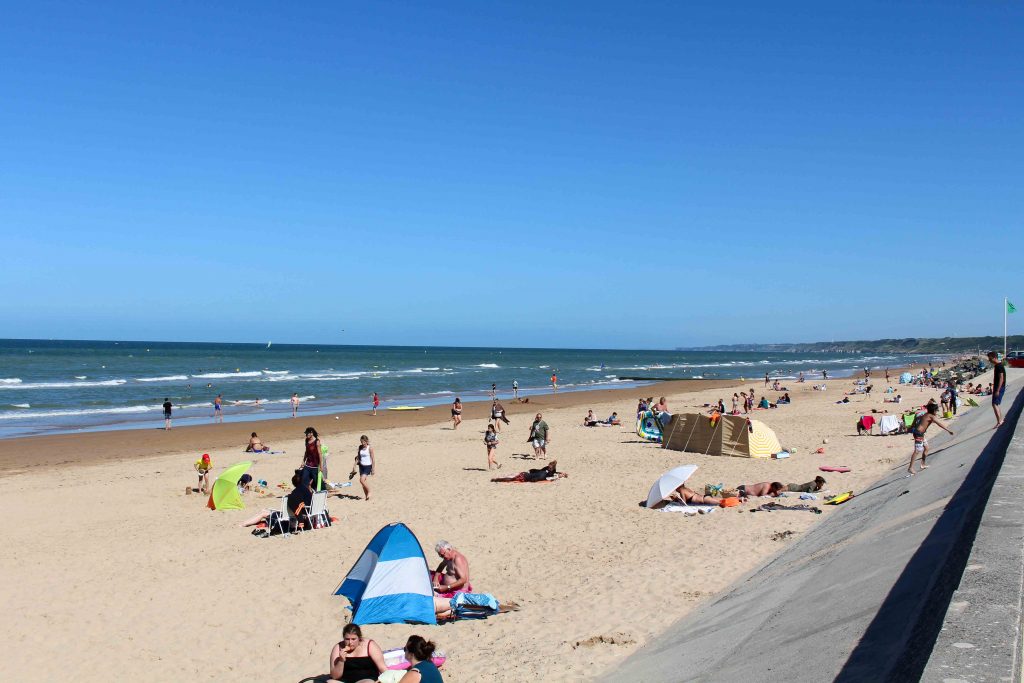 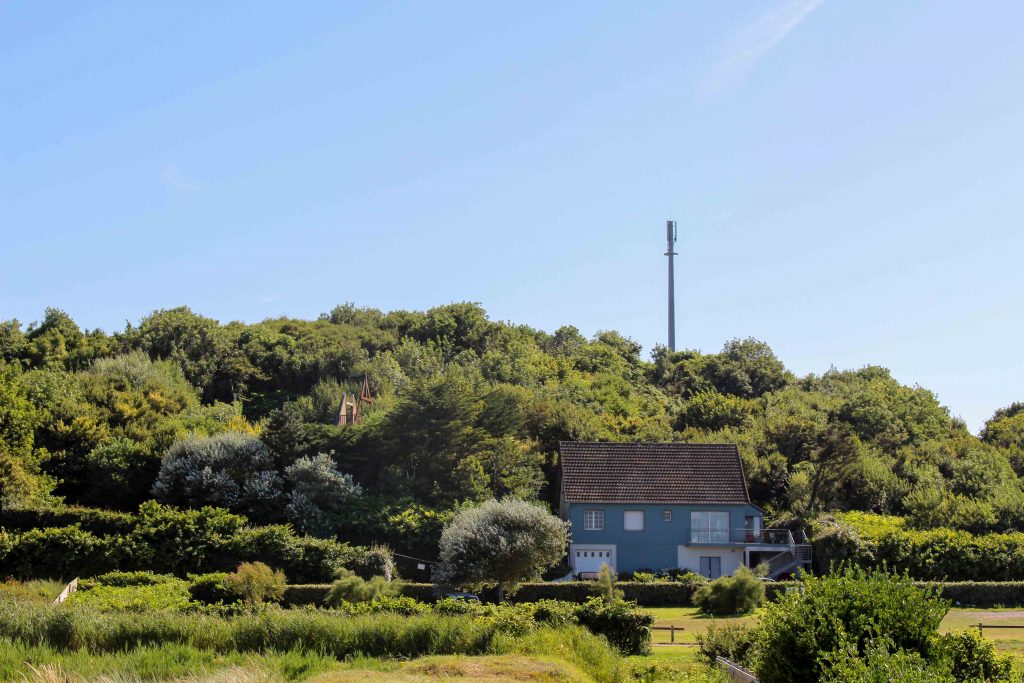 Omaha Beach surprised me for it’s… normalcy. There was a monument, and several small museums (at varying levels of cheesey-looking from the outside), but it was largely just a beach town. Here’s what I shared on Instagram that day: 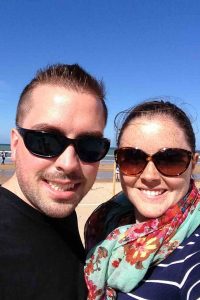 This shot seemed a little insensitive to me at first. Taking a selfie at Omaha beach doesn’t cover the way I want to communicate my respect of the historic events here. But after a day of learning, grieving, and commemorating World War II, I was surprised to find the beach itself full of swimmers, laughing kids, and lounging couples. And as I thought about it, it felt like a real life “swords into plowshares” moment. So we remember and thank and celebrate, and take a selfie.

Full disclosure: we didn’t have the best stay in Caen only because we had car trouble with our rental. Smoke coming out of your wheels on a tiny country road =  not the happiest travel experience. Everything turned out fine, but it made for a stressful evening and meant we missed out on checking out the local restaurant scene.

That being said, our Airbnb host had a TON of awesome suggestions for more fun in Normandy! Here’s a few of his suggestions: 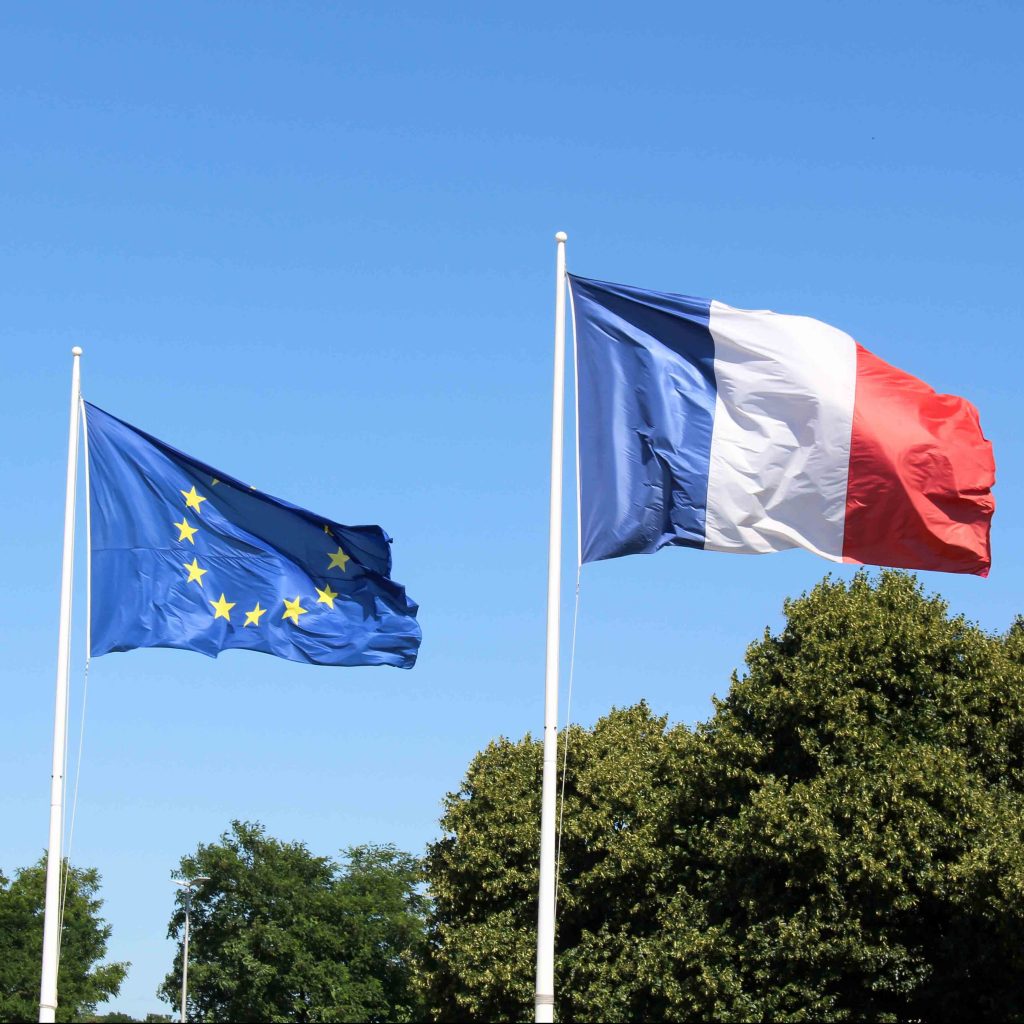 Normandy has so much more to offer than we got to experience, but I’m so grateful for local Airbnb hosts to fill us in on the best ways to see their hometowns! We will definitely be back, and if you’re looking for a nice shared apartment with a ridiculously kind host, email me and I’ll recommend ours!

What are your favorite things to do in Normandy?? Where should we check out next time??