Without question, Rome was my favorite city from our trip. I love Paris and London and Florence and all the tiny towns we spent time in, but Rome has my heart.

If you’re headed to Rome, you cannot miss the Colosseum or the Vatican. Today I want to share some of our other favorite things to do! 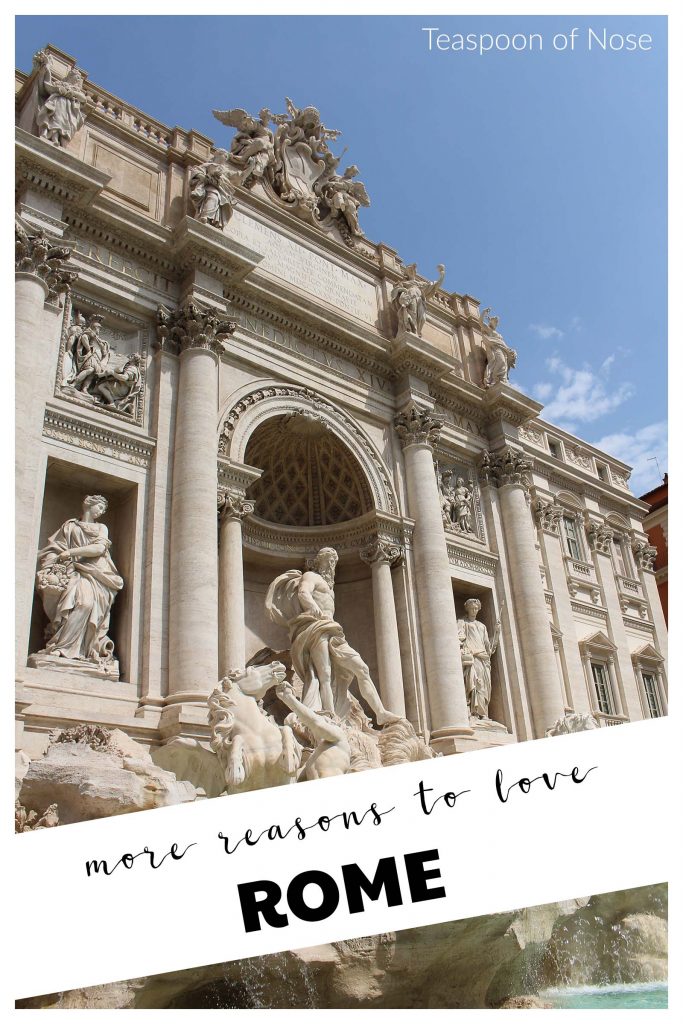 What the pantheon lacks in grandeur outside it makes up for inside. The walls and decor have all the marble and splendor you’d expect from the place Italy’s only two kings are entombed. Surprisingly, entrance is free! Guided tours have a price, but there’s enough signs and video boards that we didn’t need one. The varied history was pretty fascinating: from pagan to Christian to shrine of Italian monarchy all in one monument. 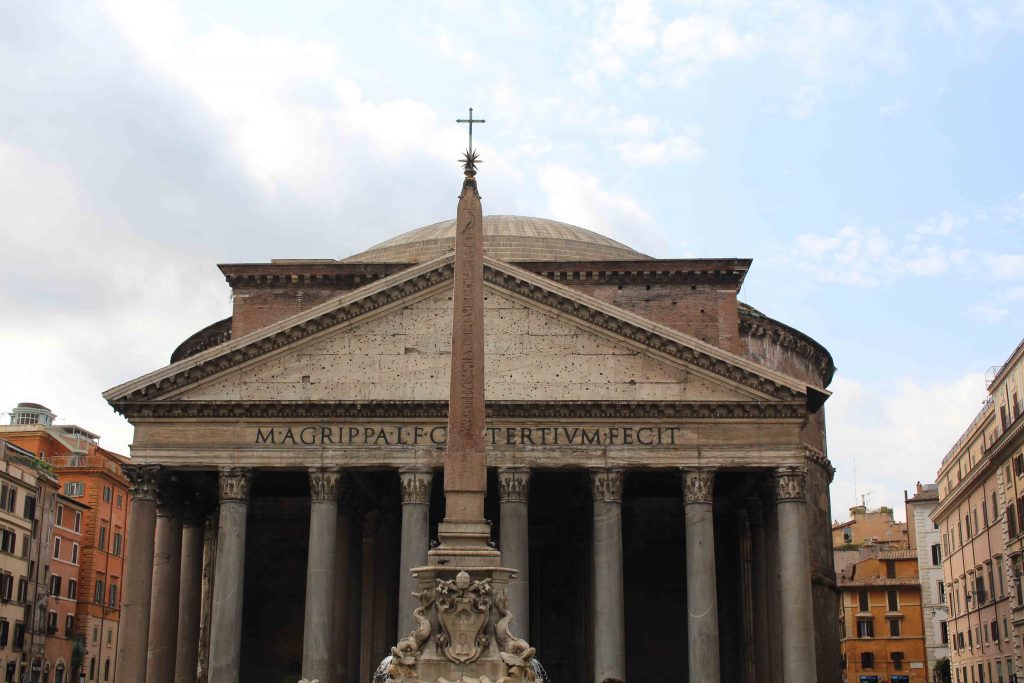 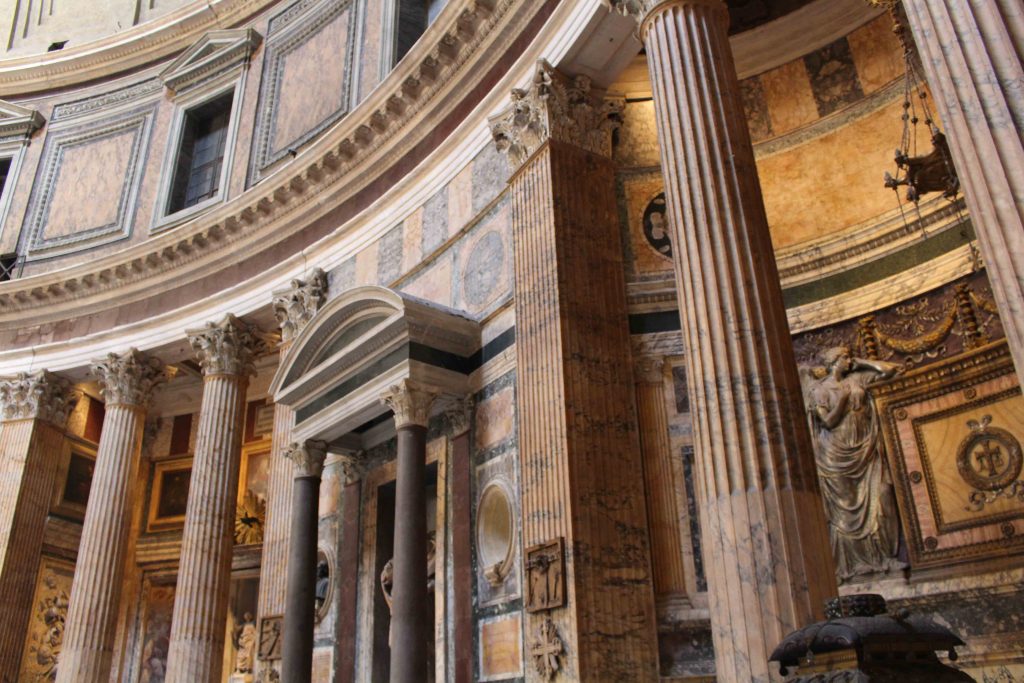 Less than 10 minutes’ walk from the Pantheon is the Trevi Fountain. We lucked out – the Trevi fountain reopened after years of refurbishment only a month before we arrived! I’d always heard of its beauty, but the pure size of it shocked me! My photos don’t really capture the scope of it, unless I included the gazillion tourists sitting alongside it. I could’ve stood there for hours taking it in if I had the place to myself.

Nestled between the Palatine Hill and the Altare della Patria, the  Capitoline Museum merits a visit. First off, it’s a truly beautiful building. It feels like one of those grand old homes of the aristocracy from the Renaissance – full of frescoed walls and detailed ceilings. I love when the rooms holding exhibits are as historied as the art itself! My favorite piece had to be the Capitoline Wolf statue. As a self-proclaimed history nerd, I grew up knowing this sculpture and it’s EVERYWHERE in Italy. The original is right here in the museum and is definitely worth seeing, if only for the history surrounding the thing!

Like many Roman art museums, its accessible via the Roma Pass. I highly recommend getting this – pays for itself even with the minimum use! 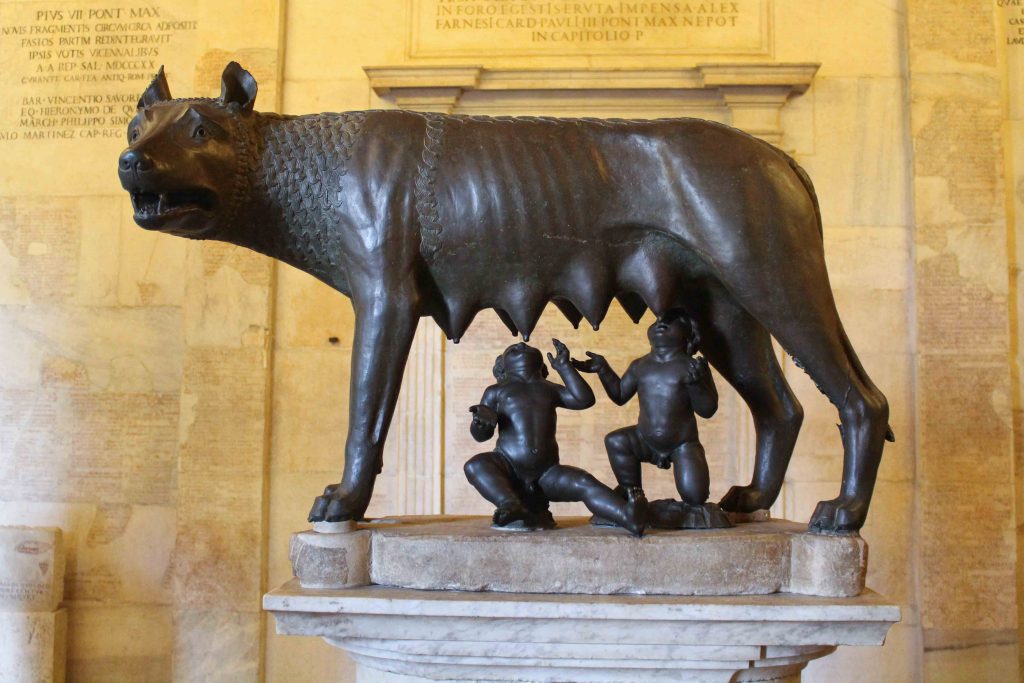 I’ll be honest: I didn’t know its name before I got to Rome. But if you’re visiting Rome on foot, you can’t miss it. More popularly known by the locals as the wedding cake, this is Italy’s modern tribute to patriotism. Built by Mussolini – a fact not readily acknowledged – it’s one of the biggest monuments in the city, possibly the biggest. Photos don’t really do the scale justice.

Interesting tidbit: Rome tended to plunder marble from is older monuments for building its newest one, so being built in the 20th century meant that Empire-era marble was “reappropriated,” making some of the locals mad. Nowadays, it looks a bit  out of place in a city so full of ancient history, but it’s quite striking if you ignore the modernity of it.

Forums of Augustus and Trajan’s Market

I may have saved the best for last here. While they’re not the most well-known or most glamorous of the Roman ruins, I may have loved Trajan’s Market and the Forum of Augustus the most.  Located at one end of the Palatine Hill, they’re built right into the streets so you can’t miss them. There’s signs right off the road to give information, or you can pay to enter and explore the depths of the market.

My absolute favorite attraction in Rome had to be the Viaggio Nei Fori light show at the Forum of Augustus. The show essentially uses lights and projections to show what the forum looked like in its heyday. It’s about 45 minutes and helped me grasp what was actually in that space during the Roman Empire, along with music and narration (in your choice of 6 languages). The artists’ renditions highlighted what actually went down in Augustus’ forum on a day to day basis, even showing where the lawyers met clients and submitted petitions (of particular interest to Logan!). Also fascinating was where they showed architectural evidence of how the space had been used since the fall of the Roman empire, including as a convent and a sheep grazing field. To think: it’s gone through all that, and still some ruins stand today!

It’s a night show, with 3 shows each night. We walked up and bought tickets for a show 90 minutes in advance, but on weekends it sells out quickly, so plan ahead. The Roma Pass can also get you a discount here. 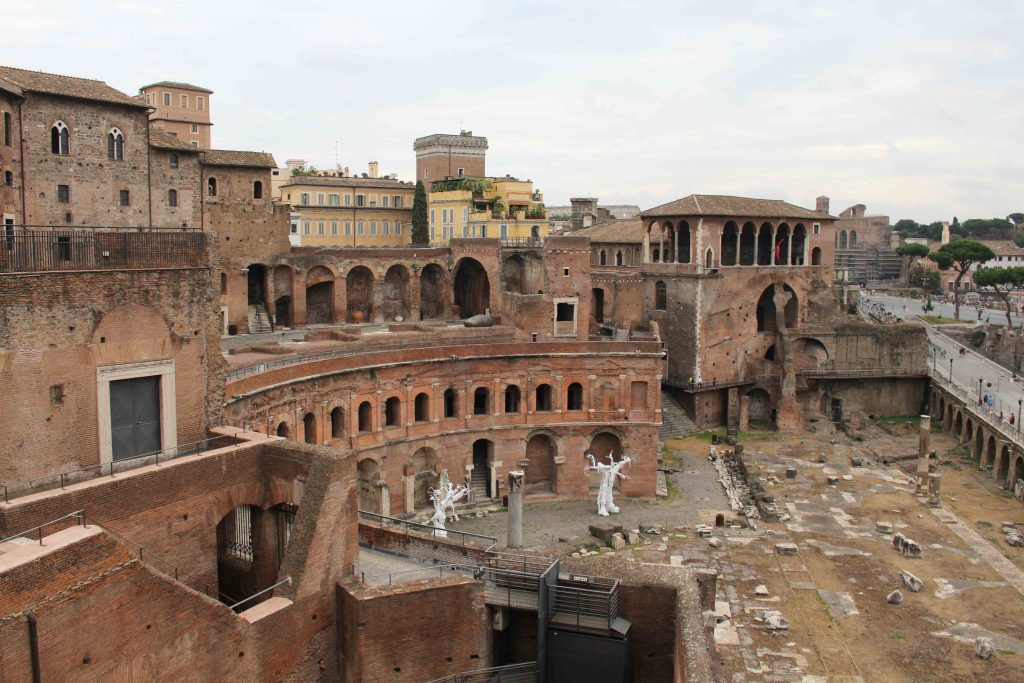 By the way, the views of Trajan’s Market shown above were mostly shot from the window of our Airbnb! It was a pretty fantastic location with an unbelievable view, especially at night. We also loved the ease with which we could come by our place every evening to grab a shower and glass of wine!

If you’re looking for a place to stay, I can recommend a fantastic Airbnb – message me for the details! 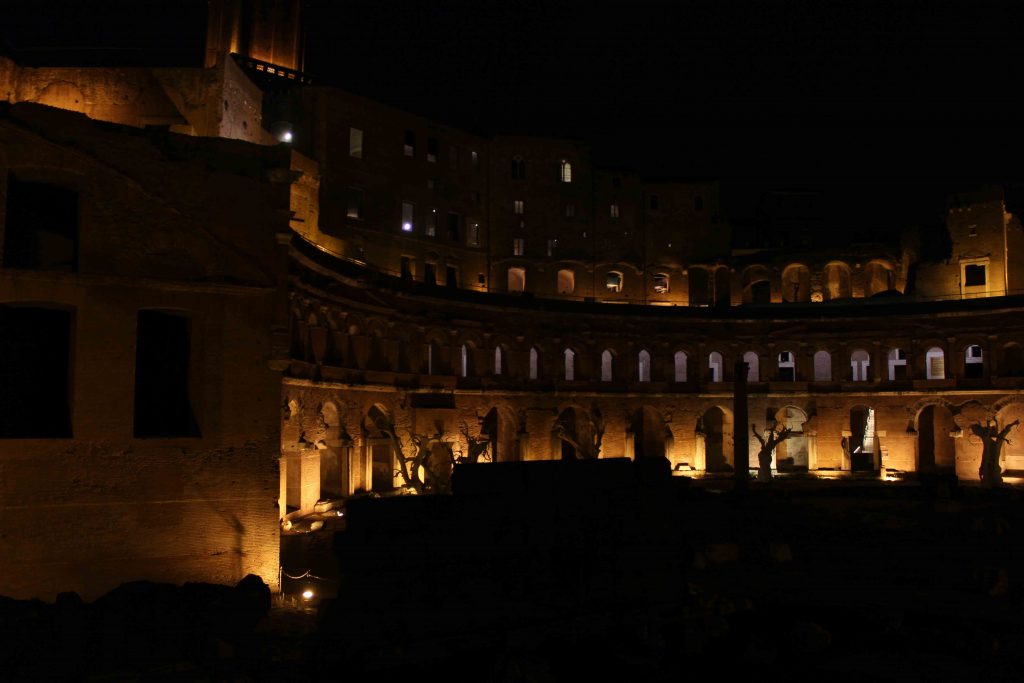 Can you beat this view every night??

We saw a lot in Rome, but I have a feeling this city will be calling me back many more times. What should I see next time?