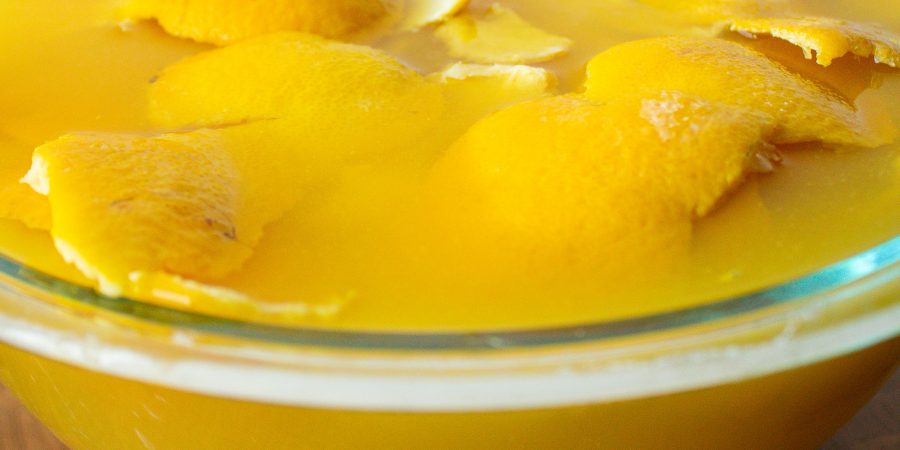 Homemade limoncello is easier than you think to make at home!

Limoncello is one of those classic Italian products. You can find bottles of it in every tourist shop in the country. One of my favorite memories of exploring Cinque Terre was the guy in his vineyard selling lemonade and limoncello to refresh you as you hiked the gorgeous coastal mountains. When it’s served cold on a hot day, there is nothing more refreshing.

Sometimes known as limoncino, limoncello is intended as a small sip usually after (but occasionally before) a meal. Think of it as a palate cleanser: it’s not meant to be drunk by the glass but as a small refreshing “bite.”

I’ve found that limoncello is usually a love it or hate it kind of thing. I like it in small amounts, but find it cloying when it comes from the touristy bottles.

The most traditional limoncello is made with Sorrento lemons, but talking to any Neapolitan or Sicilian will give you a different family tradition for their choice of lemon.

I got this recipe from a Neapolitan guy I met visiting Naples last fall. He was telling me his family’s recipe in front of a couple from Sicily, and I was struck by how remarkably similar their methods were. The only thing they argued over was the type of lemon to use – obviously, the Sicilians said that only Sicilian lemons would do.

Some recipes call for the lemons to steep for months, and there may be some flavor values here. However, both the Neapolitan and the Sicilians were pretty adamant that it’s unnecessary to go that long, especially if you start with great lemons.

Here I actually used Palermo lemons, an Italian variety that crossbreeds lemons with oranges. They look like oranges, but the juice tastes like the sweetest lemon you’ve ever tried. It brings very little tartness to the drink. I do think using a sweeter lemon (Meyer lemons would also be great) helps balance the liquor.

Choosing the liquor base for limoncello is important. It should be 80% or more – that’s percent, not proof, meaning using vodka is probably out. Here in Italy, there is a liquor in stores that is specifically made for making liqueurs, and I suspect you could find something like that at a liquor store in the states. The important thing is that it doesn’t introduce any other flavors to the limoncello.

The first time I attempted limoncello, I pulled the peels out too early and the drink was good but hadn’t steeped in enough of the lemon flavor yet. If you make that mistake too, there’s a simple fix: add some lemon juice into the limoncello! It’s not traditional, but it saves you from wasting all that work you did.

Both the Neapolitan and the Sicilians agreed on the secret to a perfect straining of the liquid: an old t-shirt. Yes, you read that right: a shirt will work better than cheesecloth or anything else. The fact that they all said that their moms did it with a t-shirt is enough for me to do it that way. But maybe don’t use your favorite – it might stain.

Another important part of the process is that you use just the peels. You don’t need the whole lemon, leaving it free to make anything from blueberry lemonade to lemon bars!

Also, consider wearing gloves when you’re working with it. The raw alcohol will be really rough on drying out your skin. 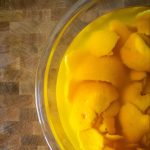