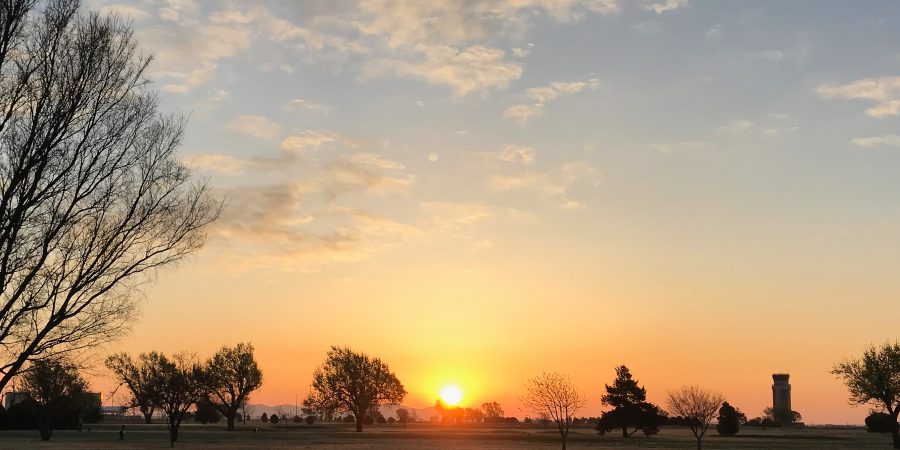 A few thoughts about deployment prep and how it’s affecting me. I’ll save the logistics and lists for more experienced military spouses, but here are some of how the lead up has gone. 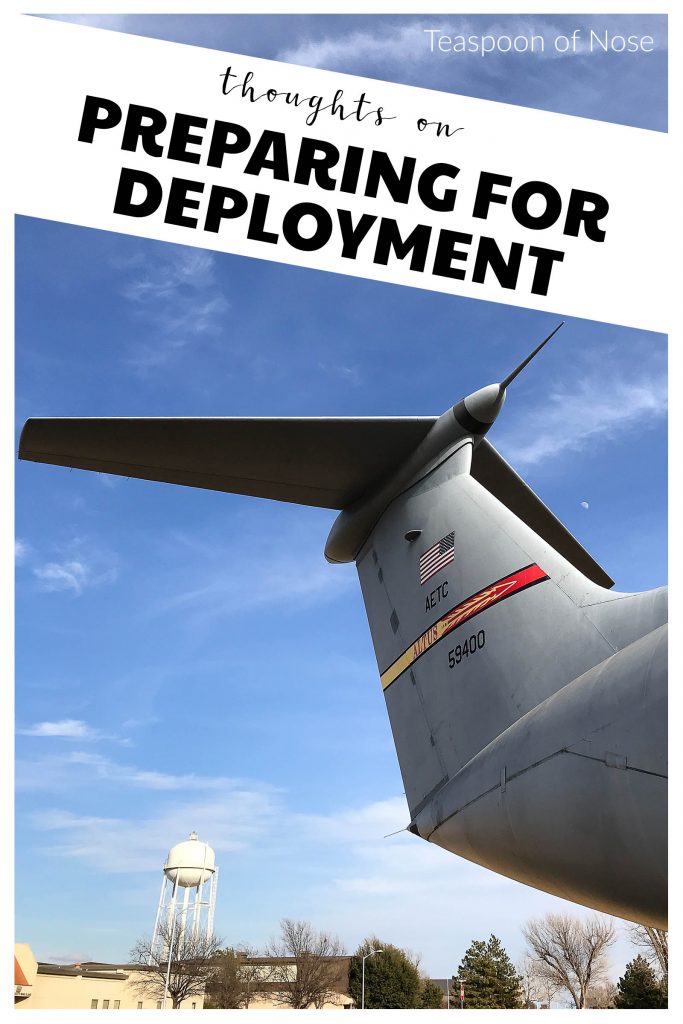 To be honest, I put off writing this post. I started it at least six times. But each time I stared at that little blinking cursor for a while before moving on, deciding to something productive like adjust our rental insurance or some other deployment prep loose end needing attention.

The reality is that I don’t know what to say.

I understand that this is part of the deal: military = deployment. I’m lucky that he’s in a career track that it’s not an annual thing, it’s an every-once-in-a-while thing.

The timing is best case scenario. We don’t have kids. I’m not in a career track that keeps me locked in one place. I’m happy to leave our small town for six months. The biggest complication is figuring out who’s okay with me bringing my 100 pound dog to their house or not. These are the good parts, and I see them. It’s not all bad.

I haven’t freaked out much in the lead up. To be honest my focus has been largely on the ridiculous amount of logistics it takes to get us moved out of our home, put our stuff in storage, get him deployed, and move across the country. 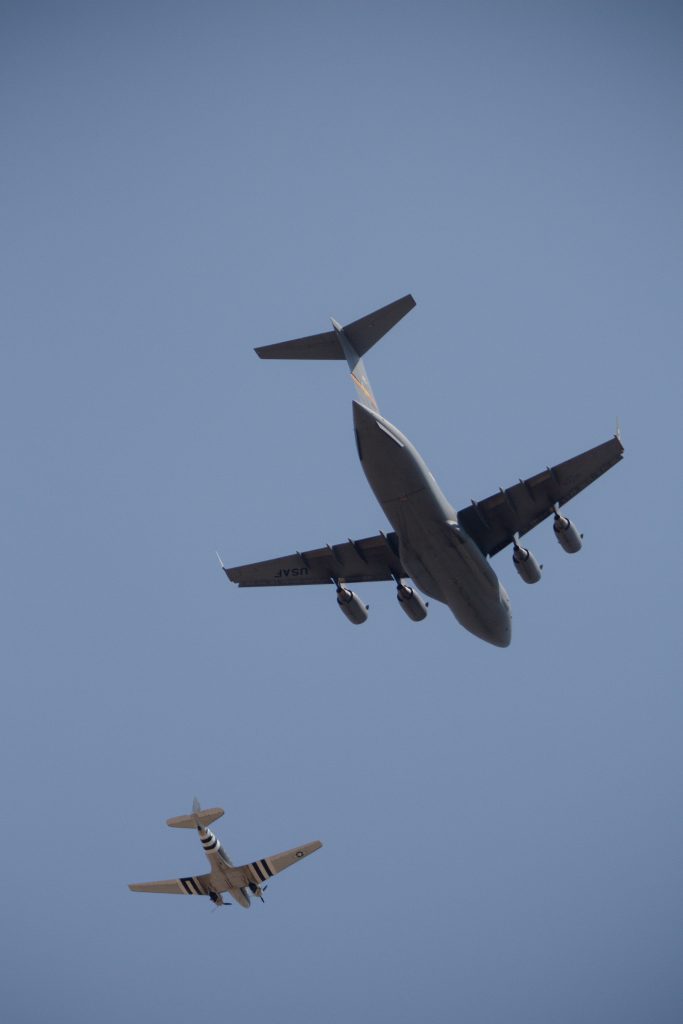 It’s been more of a low-level depression, a lethargy in the lead up that was partly the doldrums of winter and partly deployment blues. I’m good at logistics, they make sense to me and I can destroy some checklists if you hand them over. So I’ve mostly focused on that and tried to be kind to myself in the midst of a background sadness.

But the past week I’ve had some space to breathe, and that’s been both good and bad. The military community at-large has been pretty supportive: when I’ve reached out to groups, they’ve been encouraging and also honest about the process. My friends here have been so sweet and supportive, even when I feel like

I know myself well enough to know that all of a sudden, I’ll lose it. Probably the night before he leaves. I can approach this with a level head in the lead-up and get everything organized.

While the logistics of deployment prep have been something to throw my focus into, it’s also felt hard that we spent the last month before deploying running around like chickens with our heads cut off. Every night after work, we either do more prepping or collapse into bed from a long day of the same. Weekends are for cramming everything in – fun with friends, but also moving and packing and cleaning and checklists.

If I could do it again, I’d set aside one night a week that we just spent time together – a date night of sorts, even if we just ate pizza on the couch. But I am grateful that we have a few days in between training and deployment to catch up, breathe, and spend some time together before he deploys. 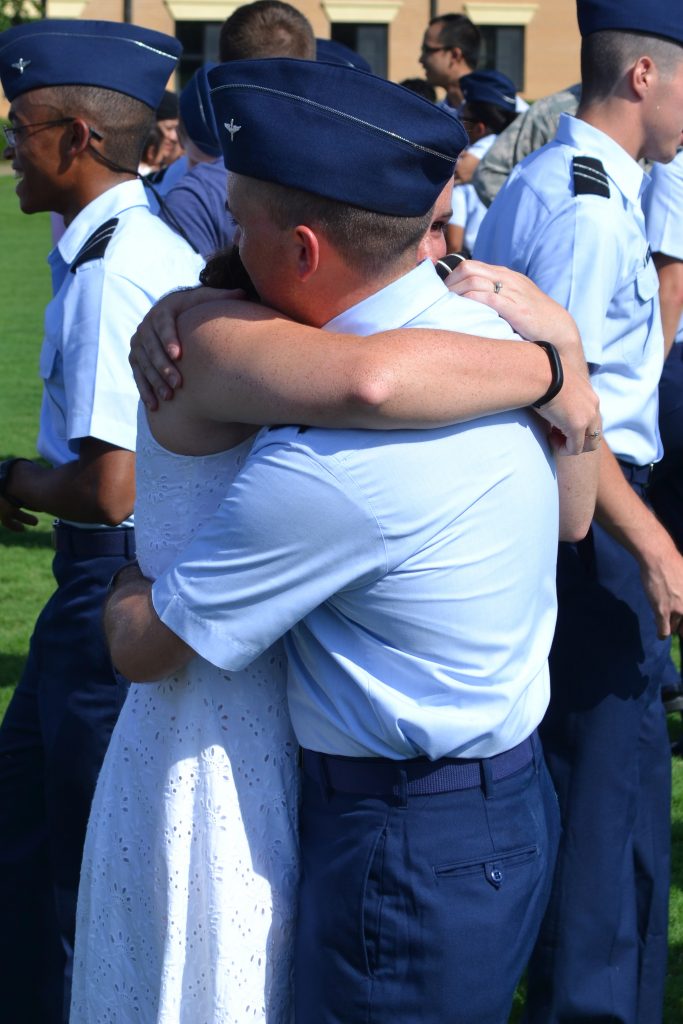 I also know that we’re as prepared as we [theoretically] can be. I’m a fairly independent person. We’ve done other trainings where we can’t talk much and don’t see each other for a month at a time.

Those are the facts.

I still don’t know how I’ll feel. It’ll be hard, I’ll miss him terribly. I’m actually looking forward to going back to my hometown, to having the support system of family and old friends, to the freedom to travel.

I’m not trying to be dramatic here, so my apologies if this wasn’t what you normally come here for. This is partly personal processing and partly trying to figure out how to bridge the gap between my non-military community who is super supportive but doesn’t really know what’s going on with all this and my military community who is also super supportive but I won’t be near geographically. Deployment prep is a beast, more than I thought it would be as we began the process.

You can see more stories from our military life here. Is hearing about military life from a personal perspective something you want to see more of around here? Let me know in the comments!

all photos Teaspoon of Nose

14 thoughts on “Dealing With Deployment: Preparation”