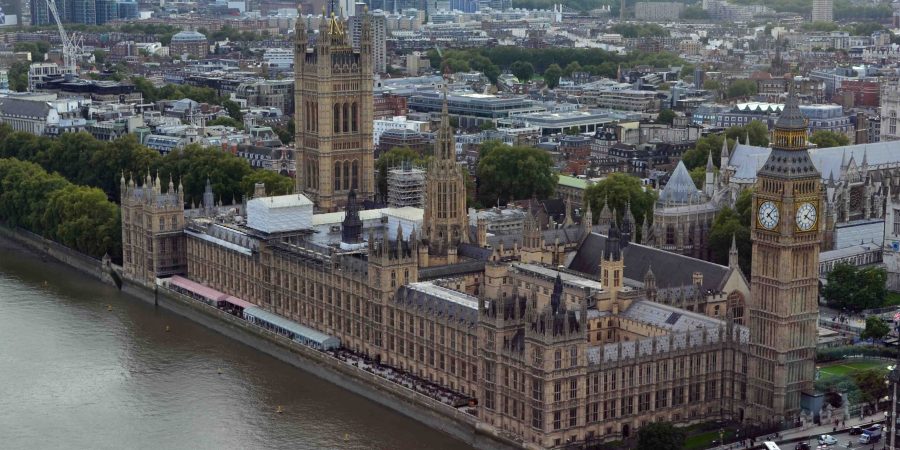 There’s so much to do in London! Here are a few ways to things to prioritize. 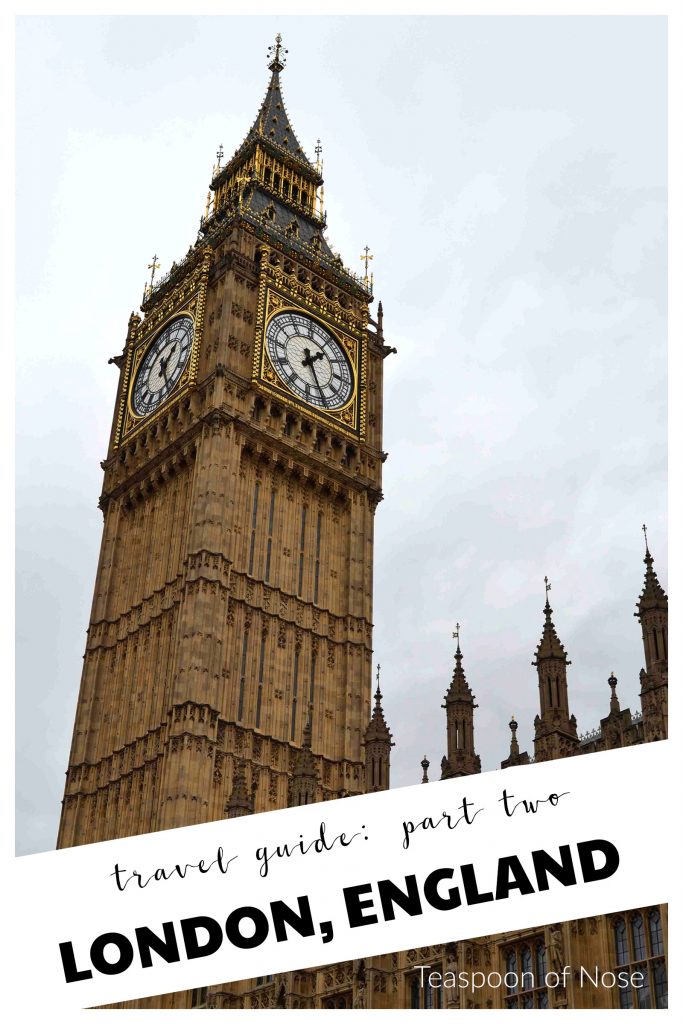 Earlier this fall I had the opportunity to travel with work to London. It’s a huge city with a myriad of things to do, but we managed to squeeze in several fun excursions while there!

This is actually part two about my London trip. Check out part one here. But let’s keep going! 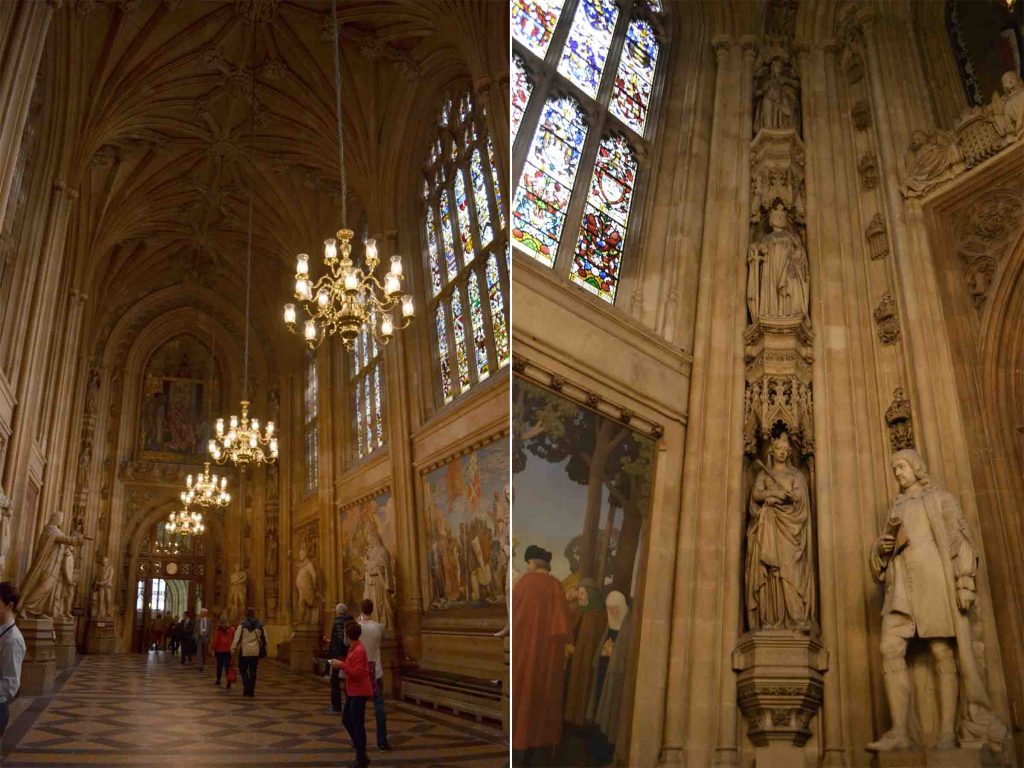 Touring Parliament seems like a quintessential London tourist thing to do, but I actually didn’t get to last time I was in town. So I was excited to get the chance now!

Like Buckingham Palace, it’s only open to the public at certain times of the year, when Parliament isn’t in session. Which meant that we got to see the chambers they meet in as well as some places that they plan, chat, or strategize during the recess. We got a tour through contacting an MP (member of parliament) – an assistant walked us around for a couple hours. I really loved hearing her perception of parliamentary procedure, as well as a local’s take on the history of the building and things like relationships between the House of Lords and House of Commons. So cool!

Again, can’t take photos beyond the first two halls, but that still left me with lots of beauty to snap away at!

One thing our guide mentioned several times was the progression of women’s rights in London. She showed us places where women had taken stands for the right to vote. For centuries, women weren’t even allowed in most of the building! The above right photo shows part of a statue that a woman chained herself to in protest (of not being permitted to vote). In remembrance to her cause, restorers left the crack in the sword visible and didn’t replace the spurs on the boot.

To be honest, I mostly agreed to check out the London Eye because my coworker really wanted to do it. I just thought it would be… touristy.

And yes, it was touristy.

But it was also surprisingly FUN!! 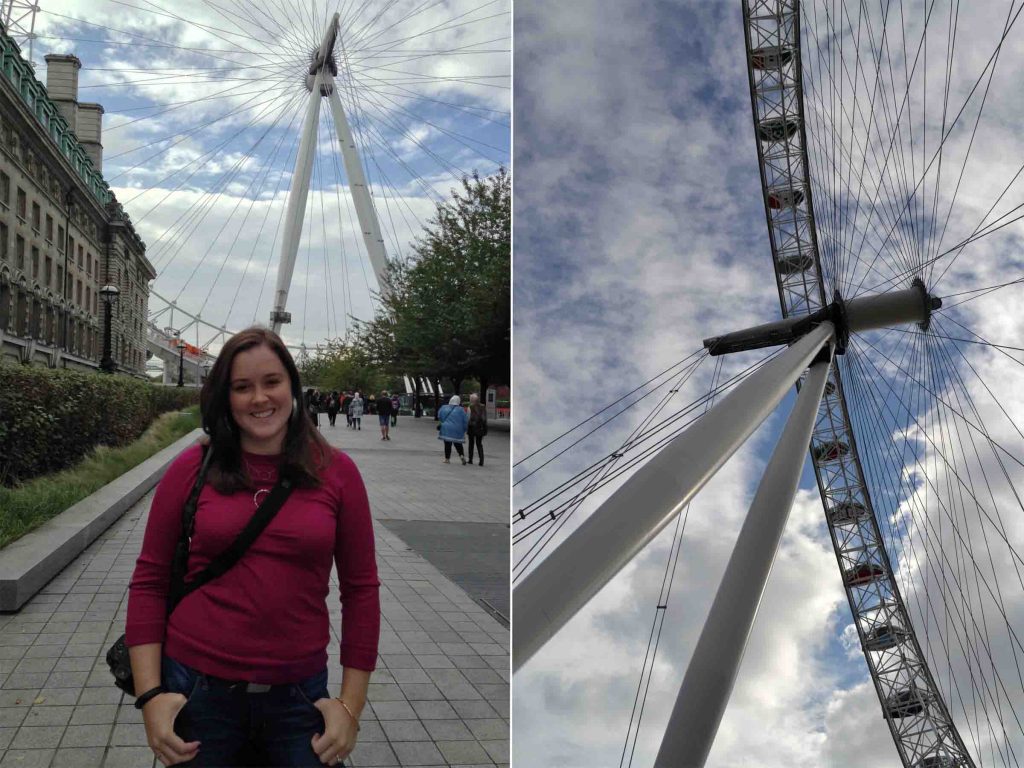 For one thing, you’re not quite as crammed in as I thought. We really could see the view as much as we wanted without needing to elbow people out of the way. 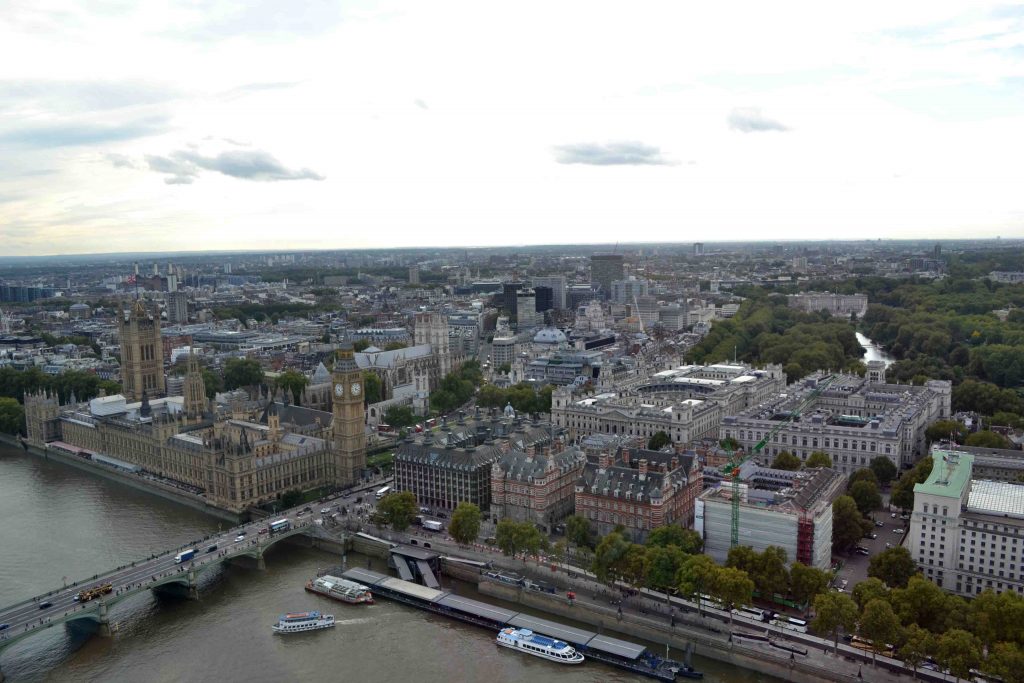 Seeing the city from above was so much fun! It was fun to see how many landmarks I could pick out. 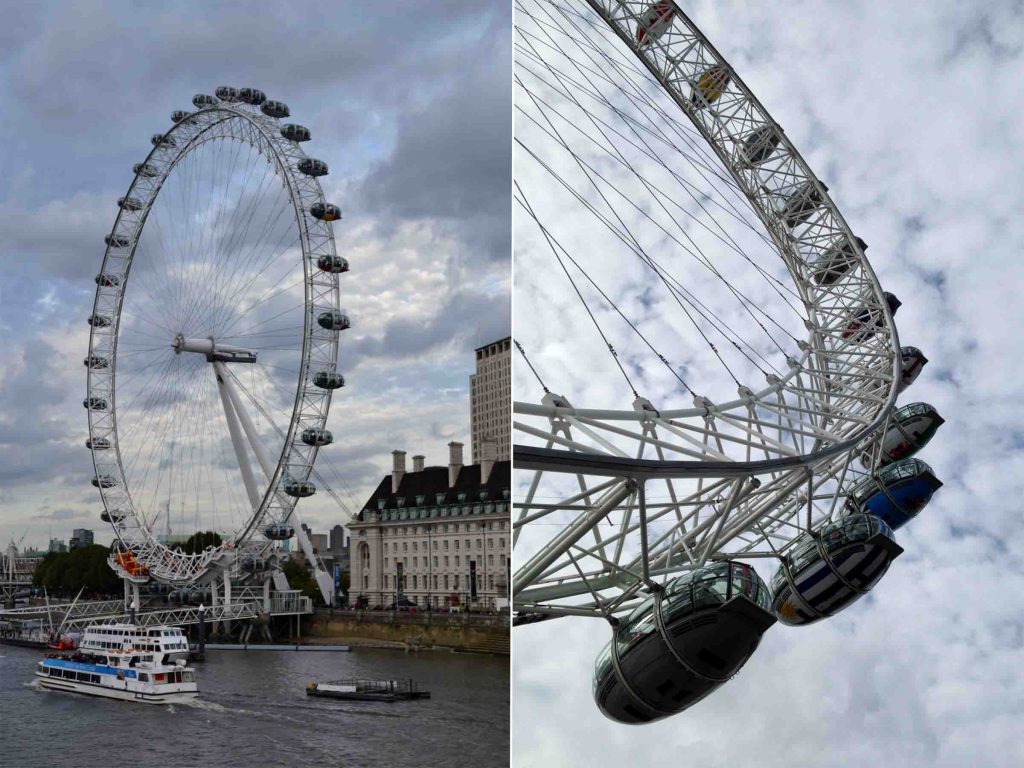 Plus, when in Rome, right? 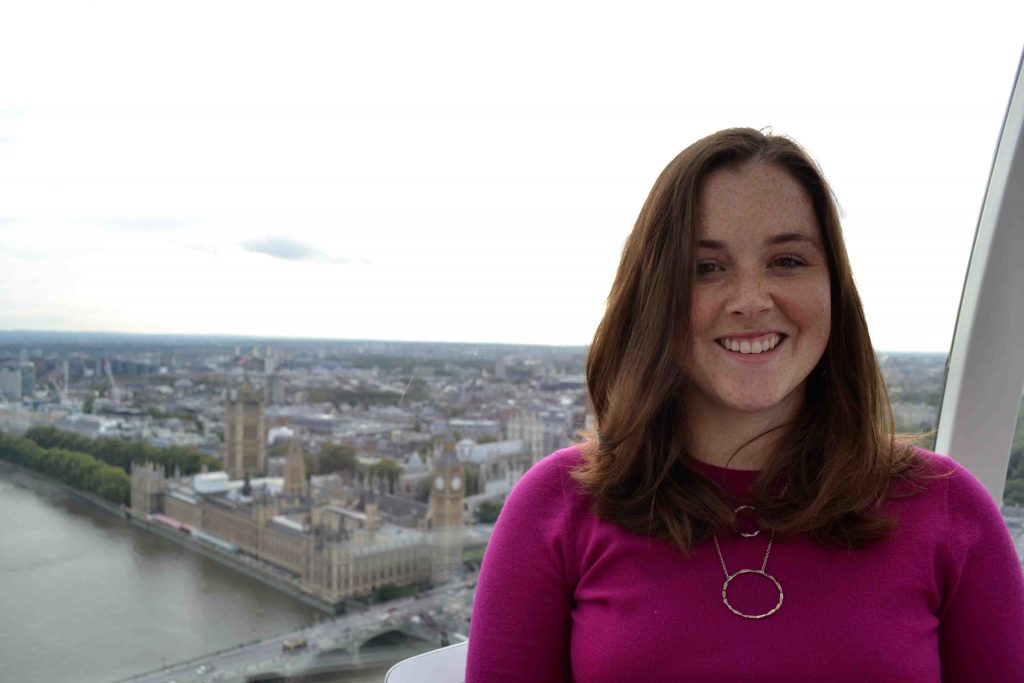 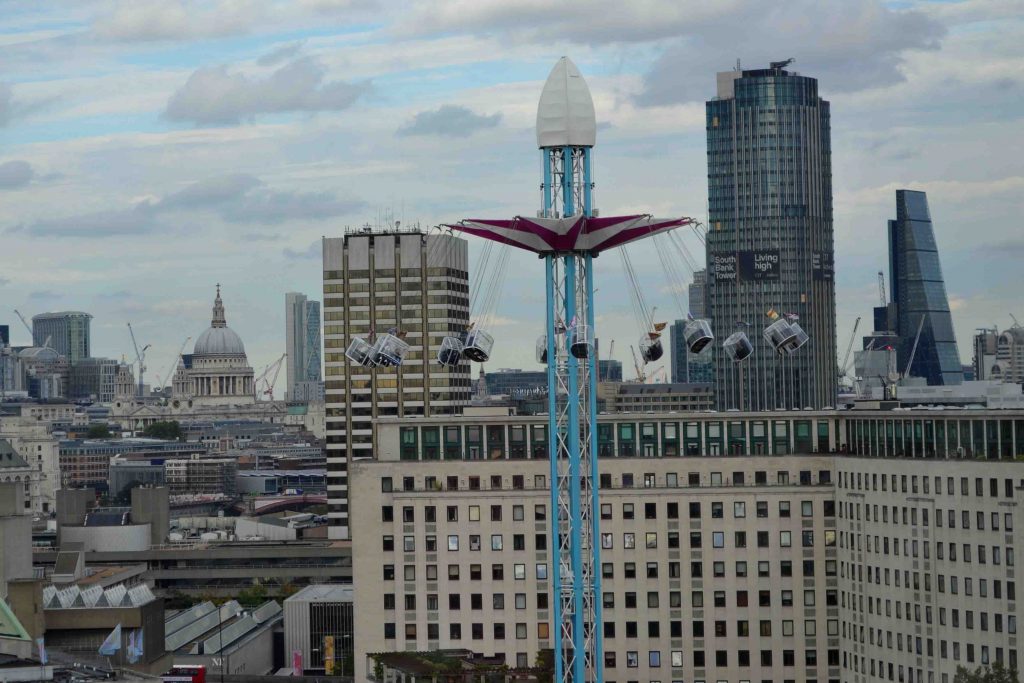 Another side effect: while we were up there, we spotted a festival/fair thing not far away. The fair had ended, but the rides were still going. So we definitely hopped on this thing too, and got two different aerial views of the city! Drastically different speeds though. 🙂 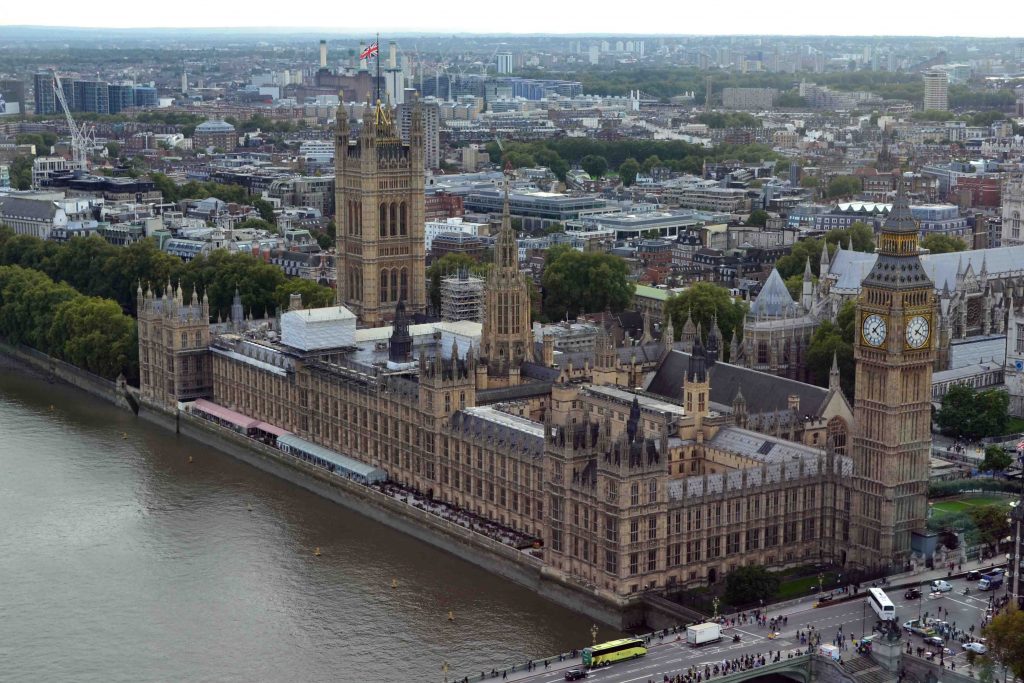 So big thanks to coworker who talked me into not one but two fun adventures that afternoon!

We also toured the Globe Theatre. It turned out to be way more in depth than I anticipated! You could spend a couple hours roaming the exhibit hall, which covers everything from history of theatre to costumes and special effects to Shakespeare’s personal life. Plus, I was so glad we saw them rehearsing a scene in the theatre itself – the acoustics really were impressive!

Those are the highlights from my latest trip to London! I know I’ve only scratched the surface, but that just means I’ll have to go back soon!

What are your favorite things to do in London?