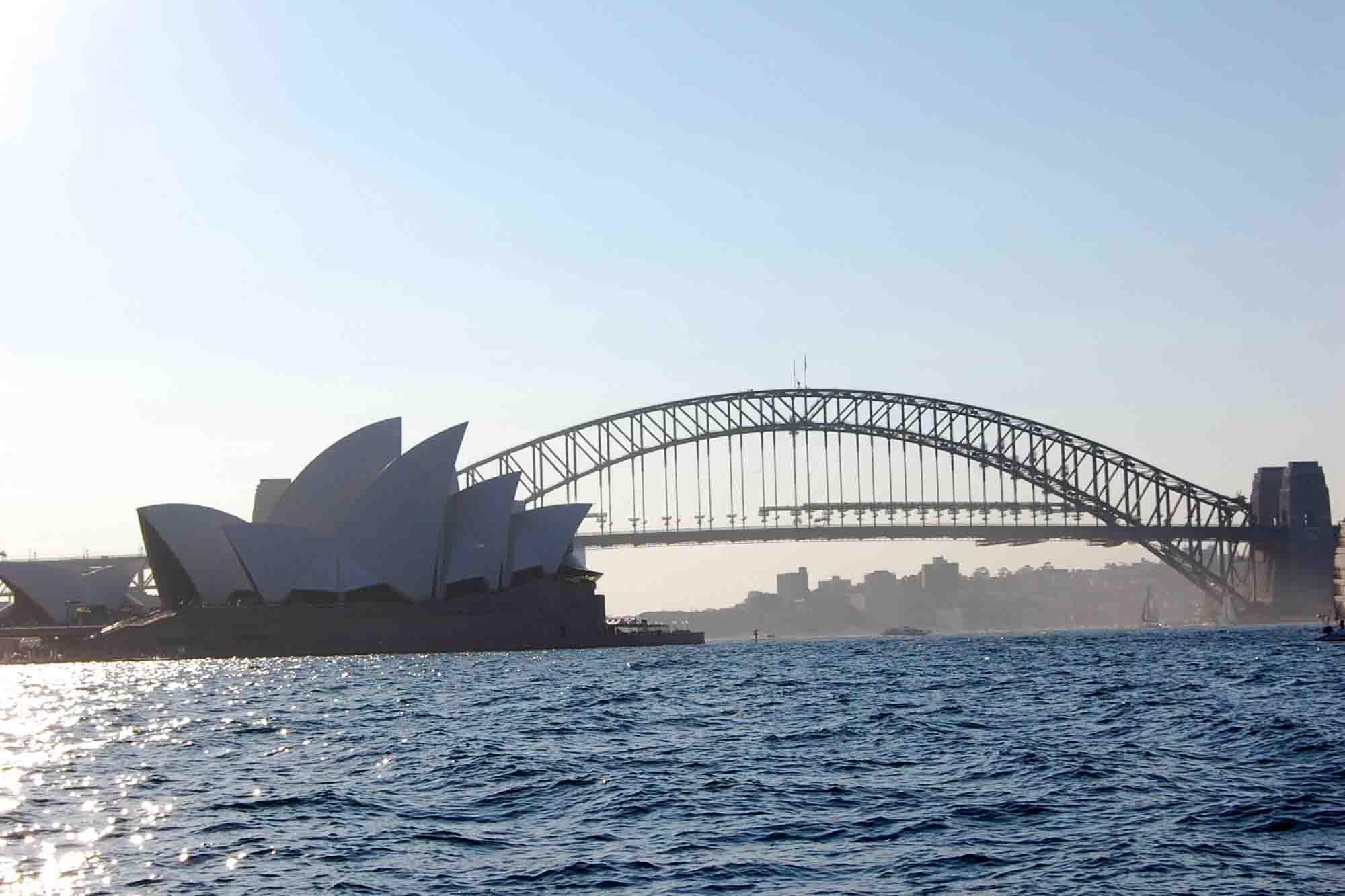 In 2009, I spent six months living in Sydney. This was part of a study abroad exchange program, so I studied at the University of Sydney. I tell people that studying abroad was the single best decision I made in college. (My husband always objects here because we met in college, but I maintain that we started dating after graduation so he’s a post-college decision.) That experience has shaped so much of who I am and taught me about taking care of myself, growing up, and even about what I believe. I nearly moved back to Sydney after graduation! 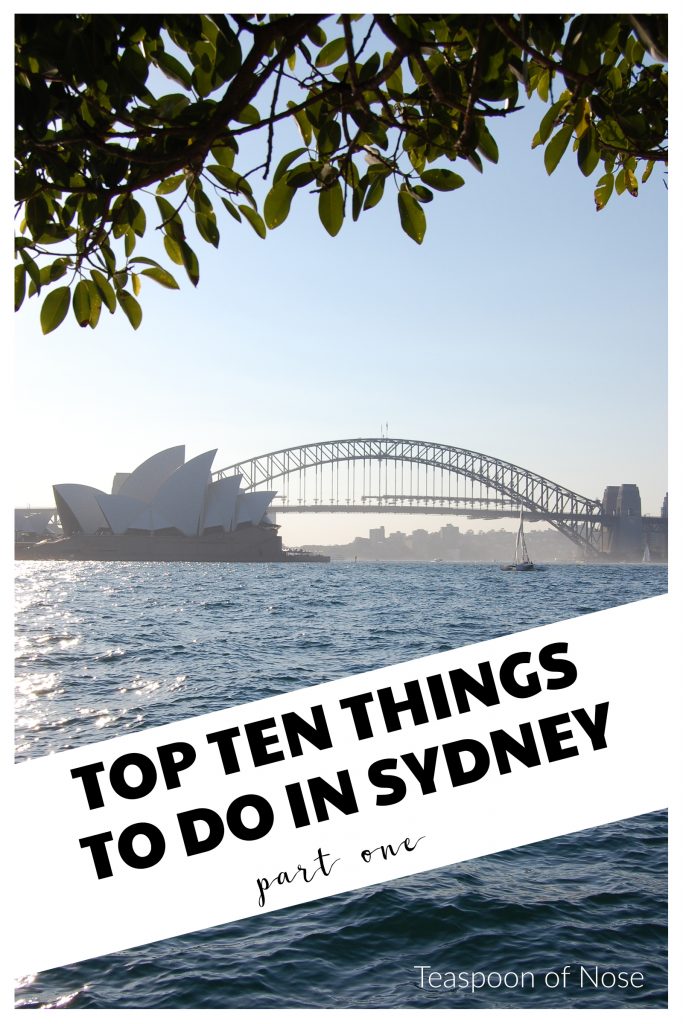 One of my favorite things about living there was that I got experience more than just the touristy parts of the city. I had the time to spend whole afternoons wandering  the city, learning the bus routes, exploring. My friends and I started a tradition of heading into the CBD (Central Business District – downtown) after class on Thursdays to check out a museum, aquarium, or some other attraction. Many things on this list were discovered through our Thursday adventures! 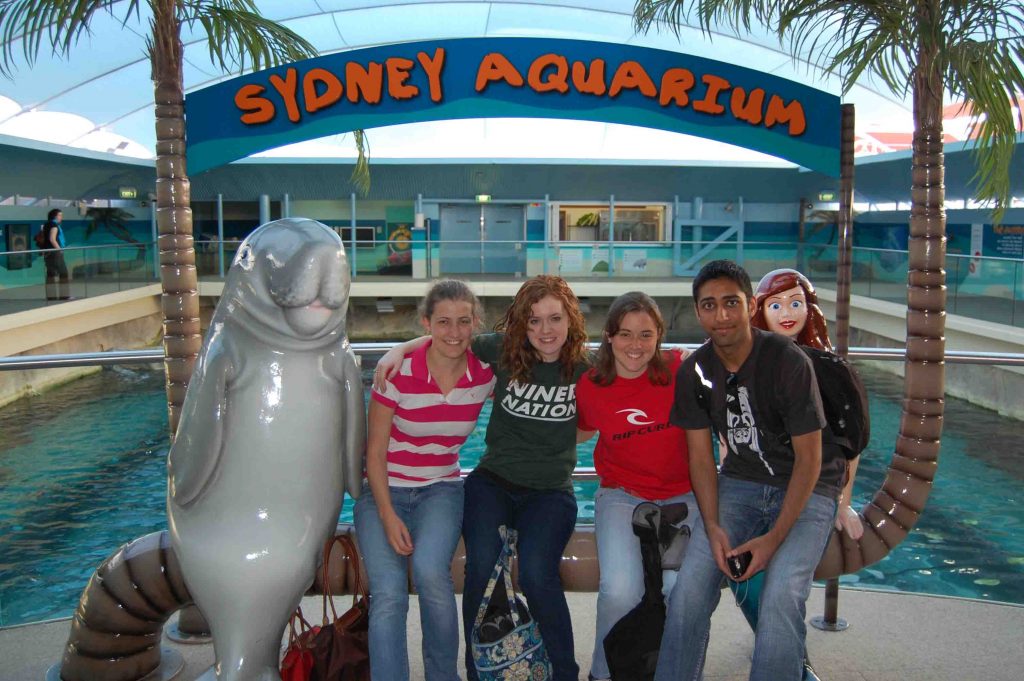 Okay, I’ve already cheated; these are two different things. Off to a good start. But both are animal related, and both are fun for different reasons!

I really liked the Sydney Sea Life Aquarium – it’s right on Darling Harbor, so the entrance is actually in sight of the water. It’s exhibits are concentrated on Australian water habitats found all around the continent. There’s sharks, platypi, dugongs, crocodiles, and tons of beautiful fish. They’ve even got a section about Sydney’s harbor and what’s found down there. It was a fun thing to  go to before heading out to the Great Barrier Reef – gave us a taste of all the amazing things we might get to see. It’s really big, with lots of space to see the animals within the tanks, and has several interactive parts. They had opportunities to feed sharks or other animals but it cost extra, so I didn’t. Student budget problems. You should probably allow for a couple hours to get to see everything. 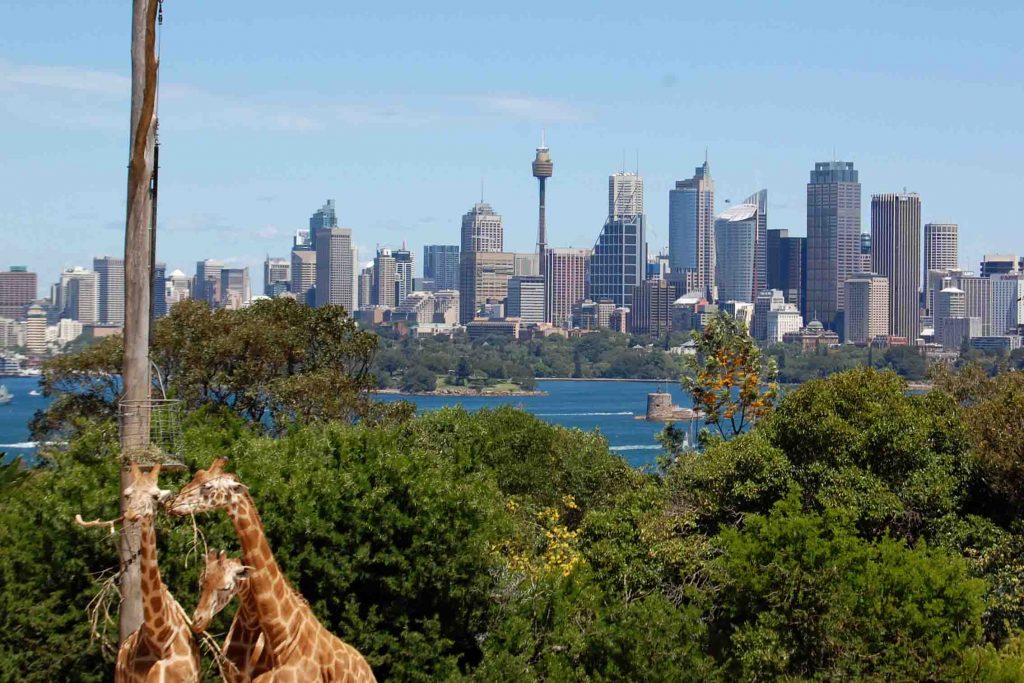 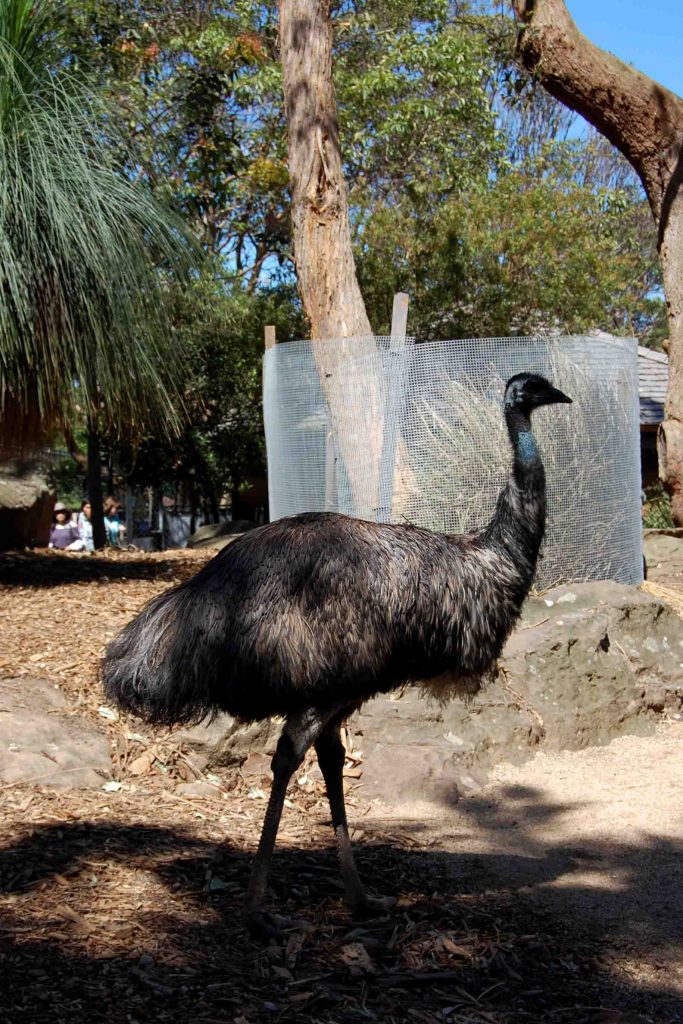 The Taronga Zoo also mak
es for a fun day. I wanted to include it because it’s a really good zoo – lots of animals, lots of ways to see them without making their enclosures tiny. We used the ferry entrance, which technically puts you in the back entrance, but then there’s a chairlift that takes you over the bulk of the exhibits to the main entrance, so you get to see a bunch from above before you get started! They have a good variety of types of animals – a bunch of Australian ones, which of course were my favorites. They had some things I hadn’t seen in other wildlife-type places, like Tasmanian devils and tree kangaroos. You could easily spend the day here, but keep in mind that it gets crowded on weekends when its warm outside. 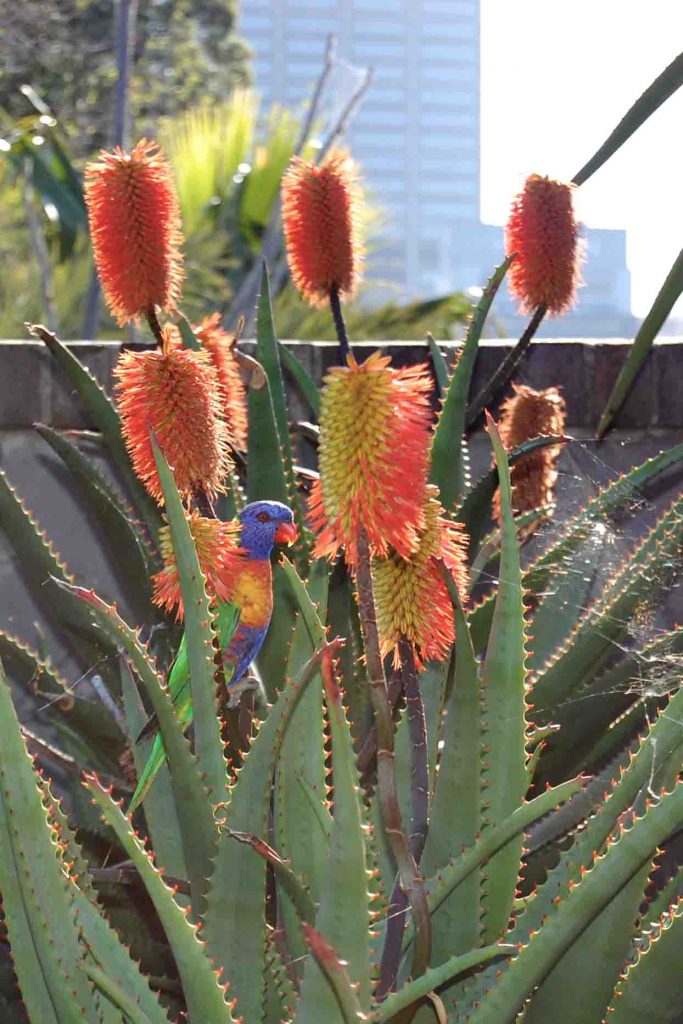 If gardens are you thing, this is an easy sell. It’s just past Circular Quay and the CBD, and a great breath of fresh air when you need an afternoon away from the city hustle. It’s also free, unlike most things to do in Sydney. Bring a frisbee, pack a lunch, or take a nap in the warm sunshine. Complete with birds, bats, and exotic plants, the Royal Botanic Garden makes for a relaxing place to spend a lazy afternoon. Make sure you go far enough in to catch a great view of the Opera House with the Harbor Bridge behind it. 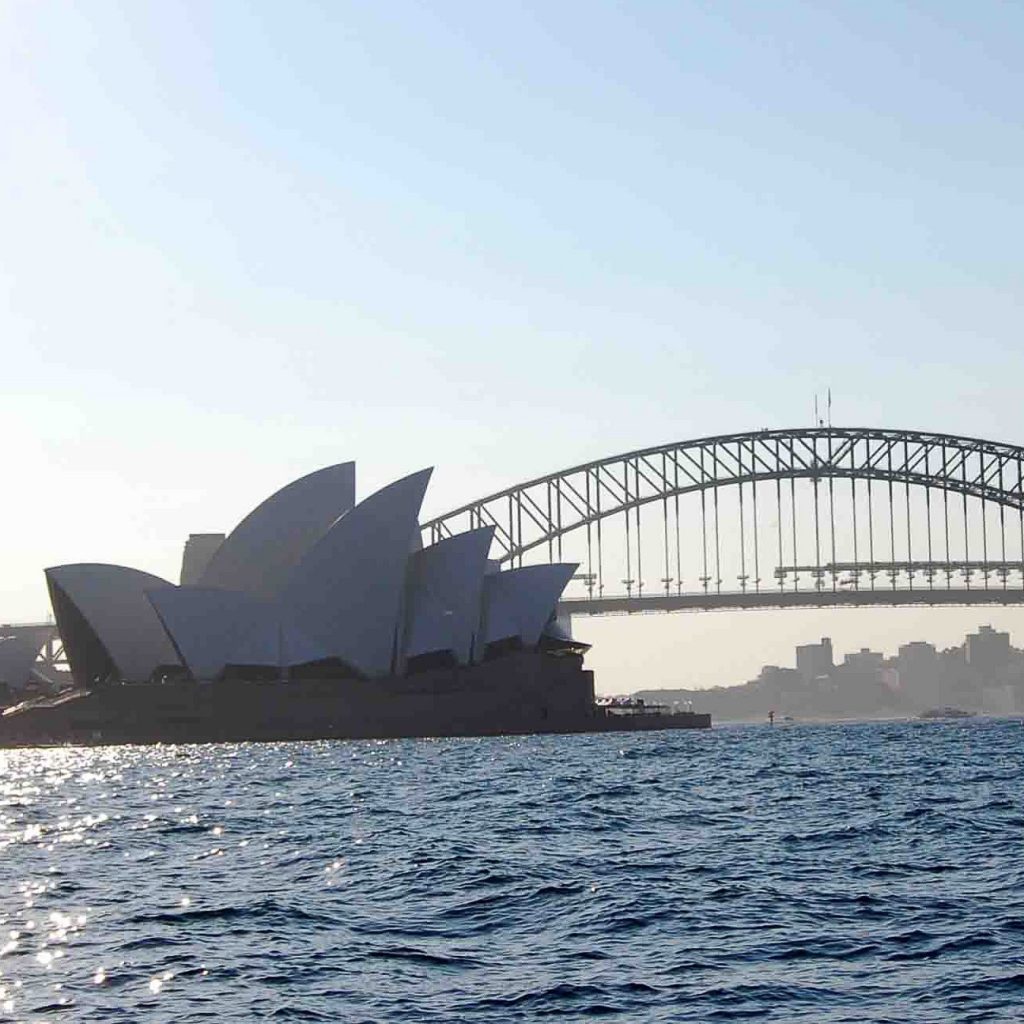 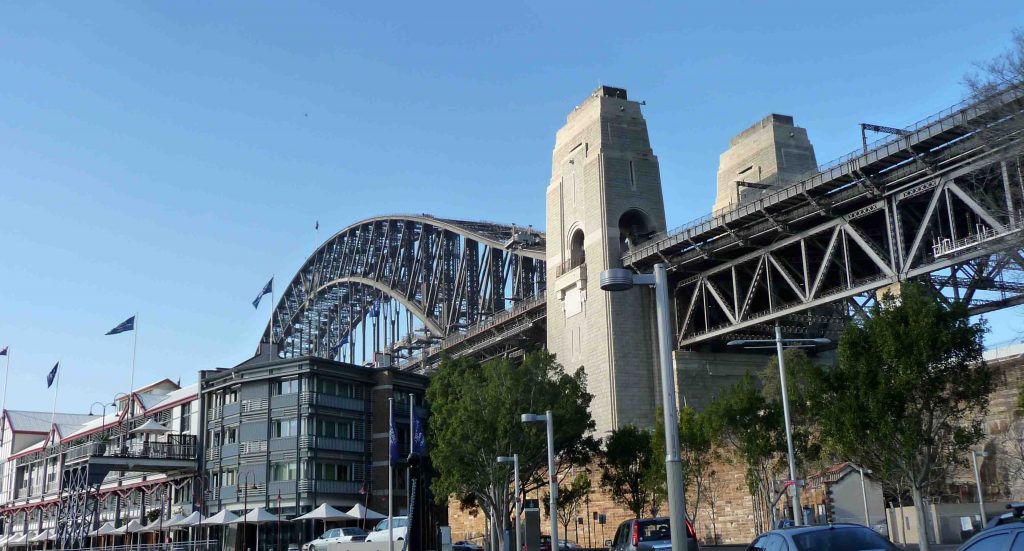 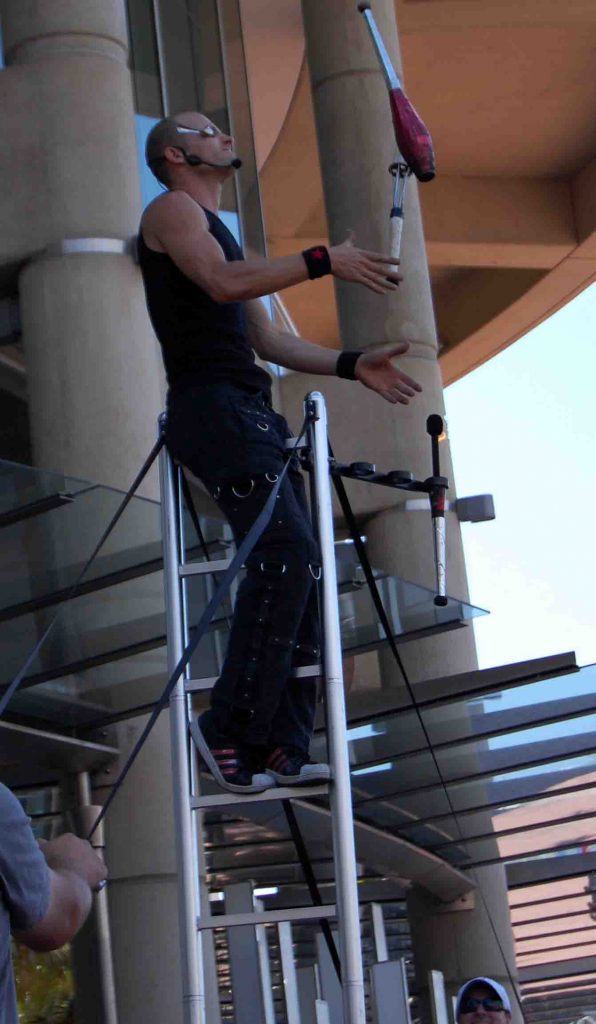 Whenever I’m in a new area, the best way I can think of to get acquainted with the layout is walking. I’m hopeless with directions when driving/riding, but walking helps me put everything together in my head. So a couple weeks into my time in Sydney a friend and I walked all the way from my apartment in Enmore (a neighborhood on the west side of University of Sydney) all the way to the Opera House, meandering through several touristy areas. It was over 5 miles one way! But it gave me a sense of how to get around downtown that served me the rest of my time living there. More importantly, it motivated me to figure out the bus system. No way I’m doing that walk on a regular basis.

Circular Quay has much of what’s iconic about Sydney. The bridge,  the opera house, museums. It’s a jumping off point to catch the ferry just about anywhere. At night there’s some fun bars and clubs out here. Just be prepared for tons of tourists at all times. But it’s definitely worth a visit! 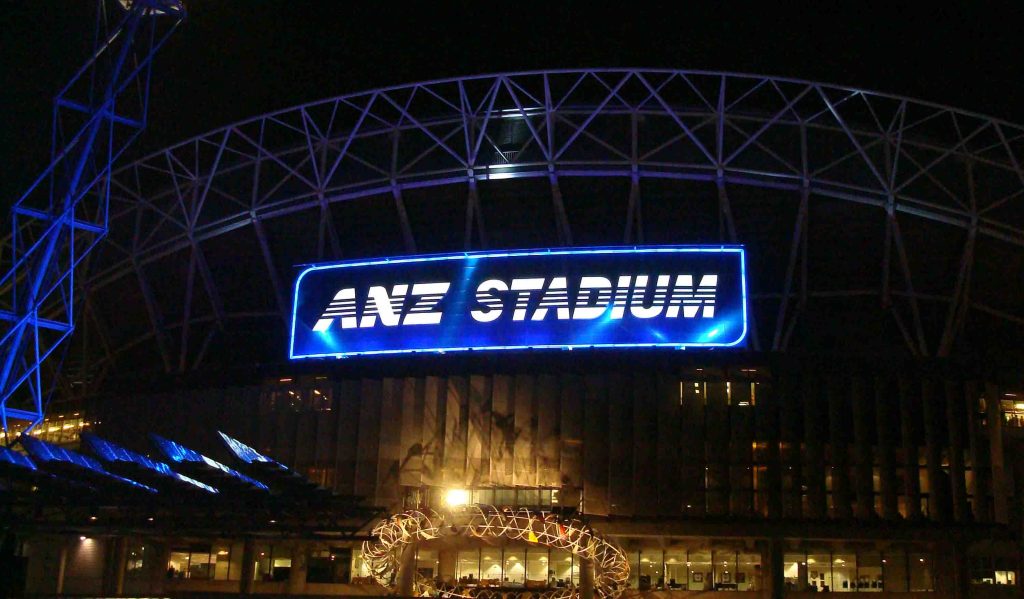 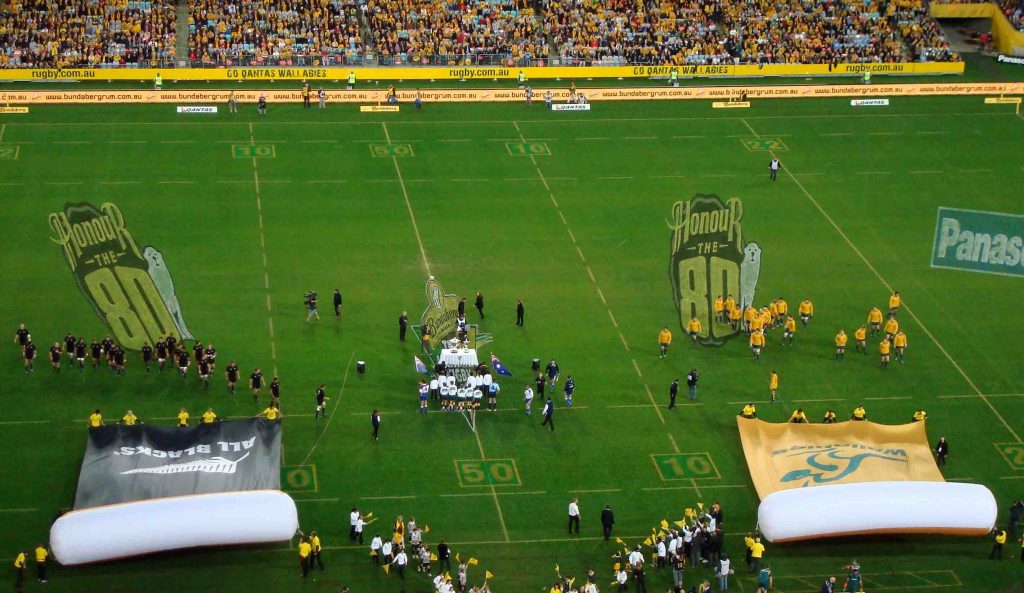 Rugby is one of the most beloved sports in Australia. You can almost always find a rugby game on TV at any time of day or night, as my Australian friends loved to prove to me whenever we were hanging at someone’s apartment. The Trinations Rugby League has just three teams: the South African Gemsboks, New Zealand All Blacks, and the Australian Wallabies. While living in Sydney, Australia hosted a game against the All Blacks and my friend and I jumped at the opportunity to catch the action in person. While the All Blacks tend to dominate the league (and undoubtedly have the coolest pre-game ritual), we of course cheered for the Wallabies! I really enjoy rugby – it’s like they take all the best parts of American football and soccer combined! But the best part to me was sitting in the crowd. There is nothing quite like being in the midst of a quintessential Australian pastime to get a feel for local life. We talked to lifelong fans, heard the best colorful commentary, and yelled until we were hoarse with the Sydneysiders around us. Definitely worth a ticket.

6.  TOUR AND SEE A SHOW AT THE SYDNEY OPERA HOUSE 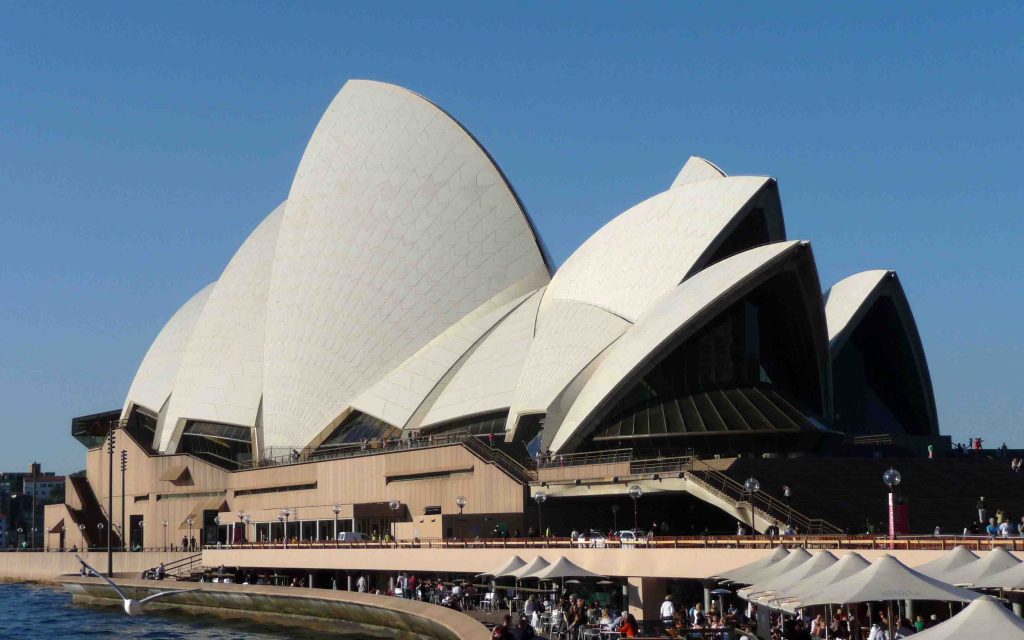 This one’s probably a no brainer. I managed to take an Australian film and theatre class as part of my studies in Sydney, so we actually got to take a backstage tour of the Opera House as a class field trip! I’m a theater fan already, so I loved hearing about the various stages (there’s actually six stages spread through the building), shows and icons they’ve hosted over the years, and the history and architecture of the building. Of course my friends and I had to go back to see a show before we left. We managed to see an all-female production of “The Taming of Shrew” with some cool twists on costumes & settings on the Playhouse stage. If you want to see something on the two biggest stages, better book far in advance! 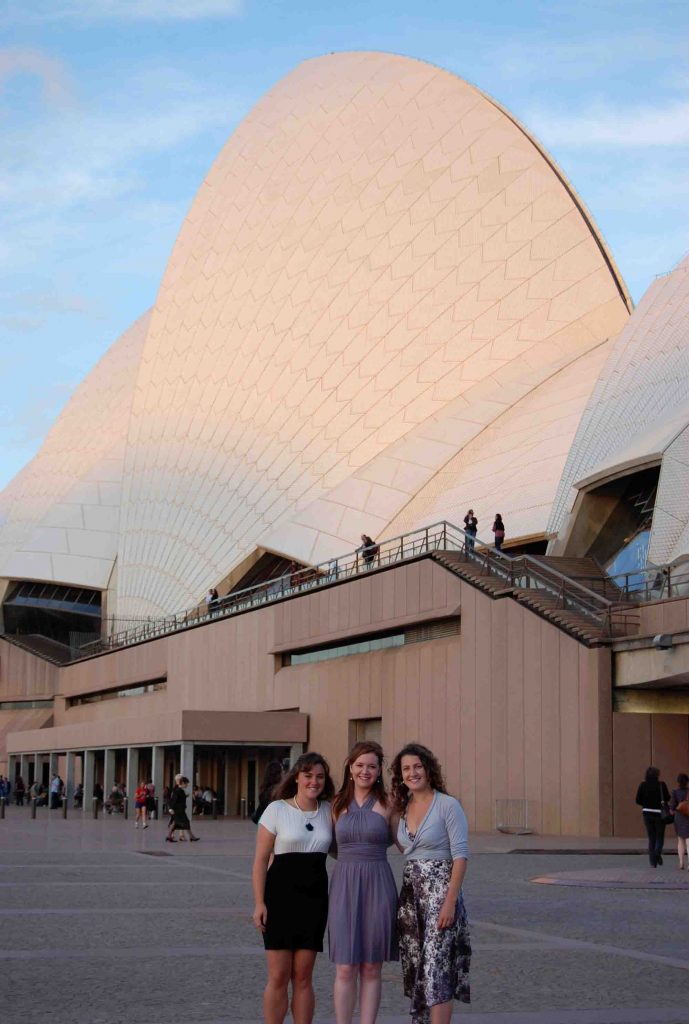 These are just some of my favorite things to do in Sydney. Check back here for the rest of the list!

5 thoughts on “Top ten things to do in Syndey, part 1”