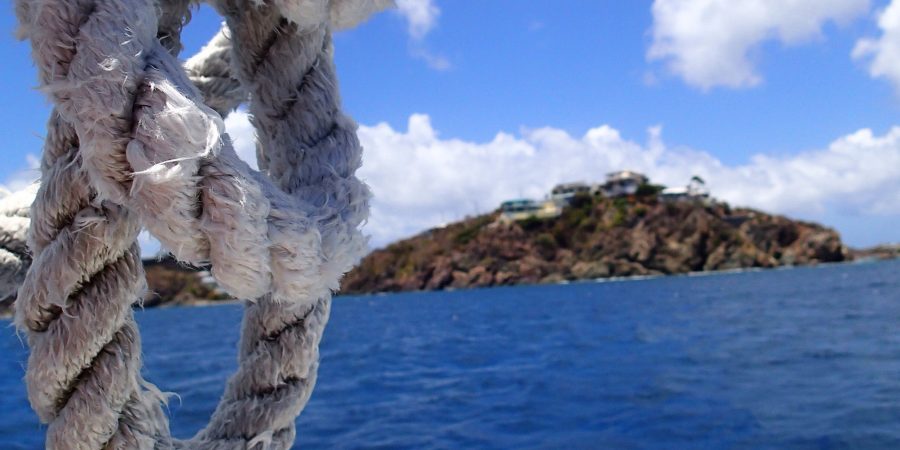 As we got ready to get off our cruise ship in at St. Thomas in the U.S. Virgin Islands, I was struck by the irony of what we were about to do: get off a boat at an island to spend the day on another boat and go to another island. And yet, it was one of the things I was most excited about on our cruise! 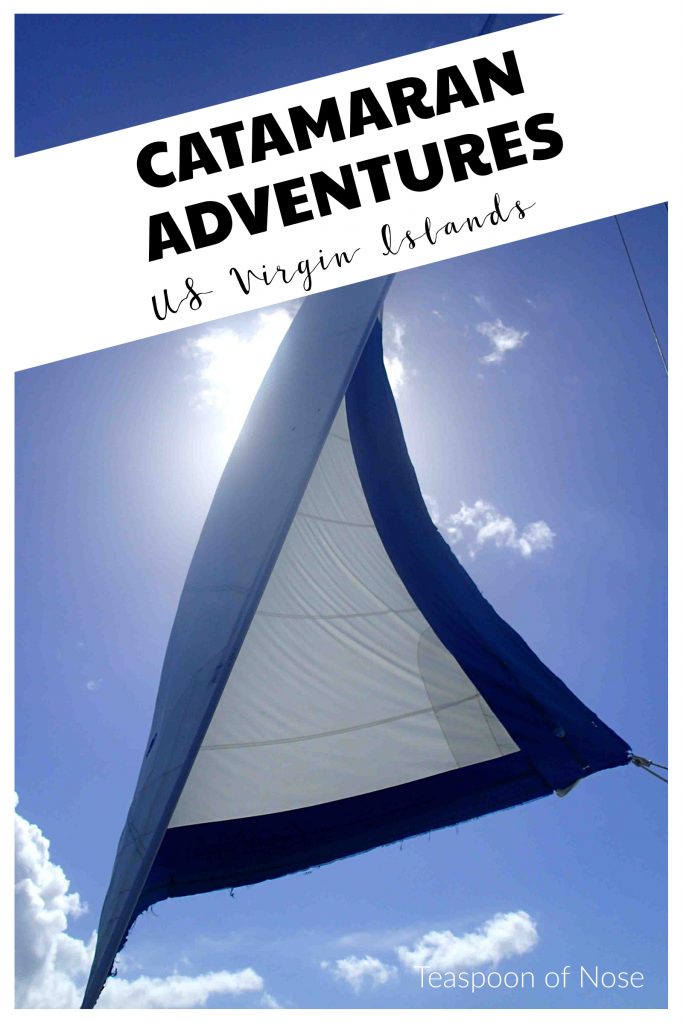 While you get tastes of that on a cruise ship, it’s not nearly the same as being on a catamaran, so close to the water that going through a big wave sends ocean spray all around. So that’s why we got off a boat to get on a boat. 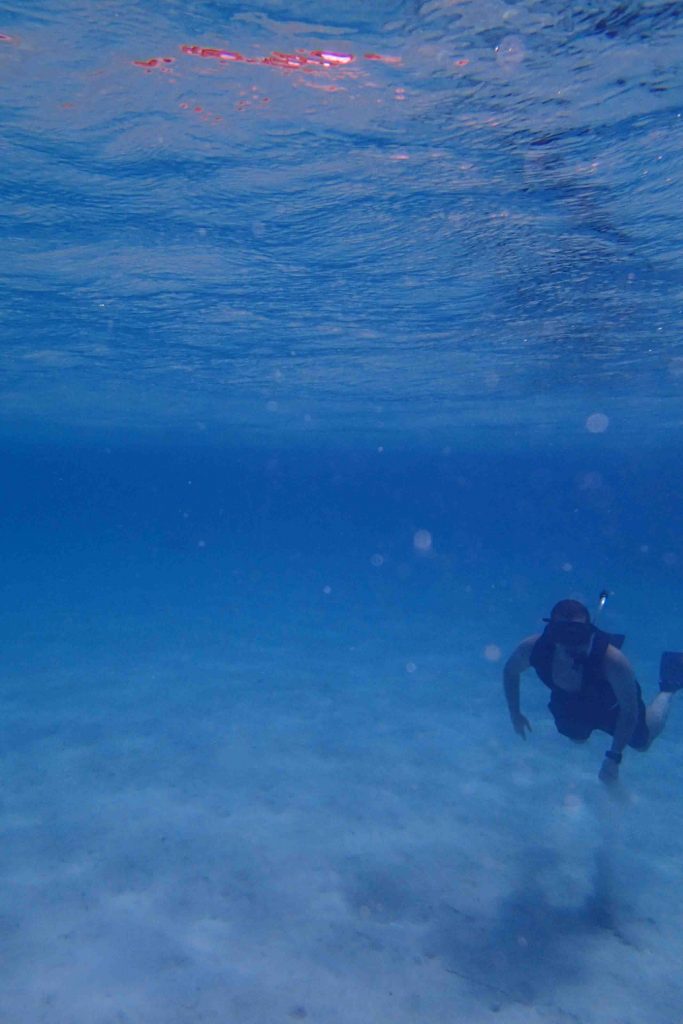 We booked our day trip through the Carnival excursion website. We’d had a bad experience booking on our own last year, so this year we stuck to the Carnival-guaranteed ones, even if they cost a little more. We did the Champagne Catamaran tour, which took most of the time we were onshore.

We arrived in St. Thomas and immediately got on a bus. They were pretty organized, although I will say that there was some lack of clarity on if we were getting on the “right” excursion. There was lots of “oh, go stand over there and someone will get you” only to be picked up by someone who appeared to know what they were talking about, but not having any form of identification with the company. A bit confusing, but it worked out fine. 😉 Always an adventure, right? 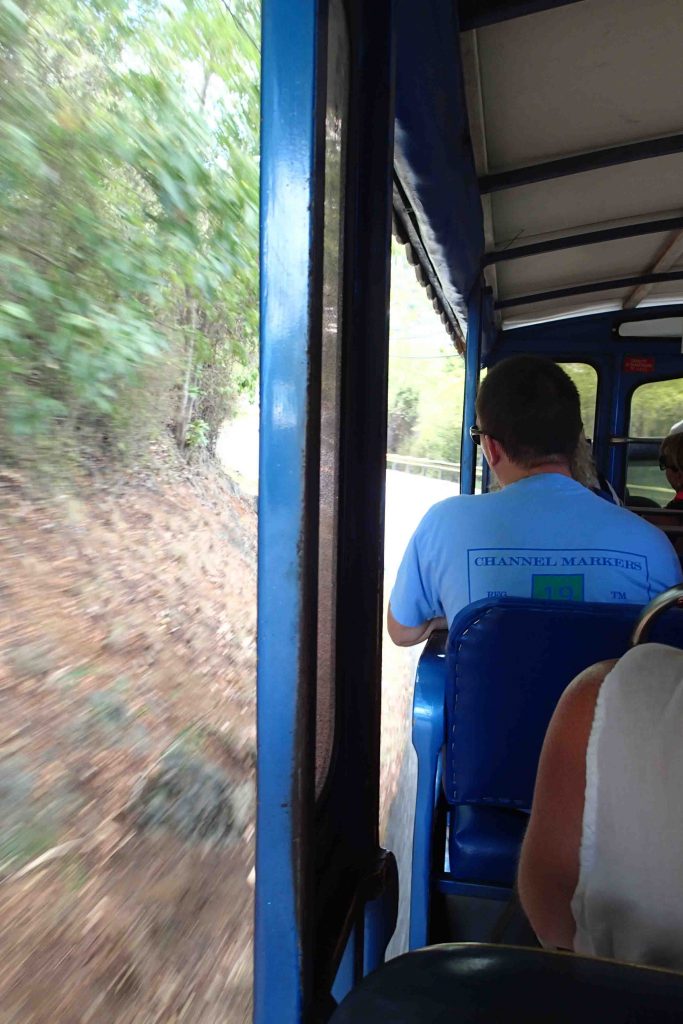 We got on a bus which took us across part of the island (east, I assume). I really enjoyed that because we got to see a bunch of the area on the drive over: both commercial and residential areas, which gave just a taste of what life might be like for the locals.

Once we got to the marina, we boarded the Adventuress. The staff were great: all three were American women who’d headed down to the Virgin Islands for college and stuck around because they loved the islands. It was pretty fun to hear about the differences between living in a state and a territory within the U.S. Things like there’s no open container laws, they don’t pay taxes, but the cops will pull you over in a heartbeat for driving with no shirt or in a bathing suit. 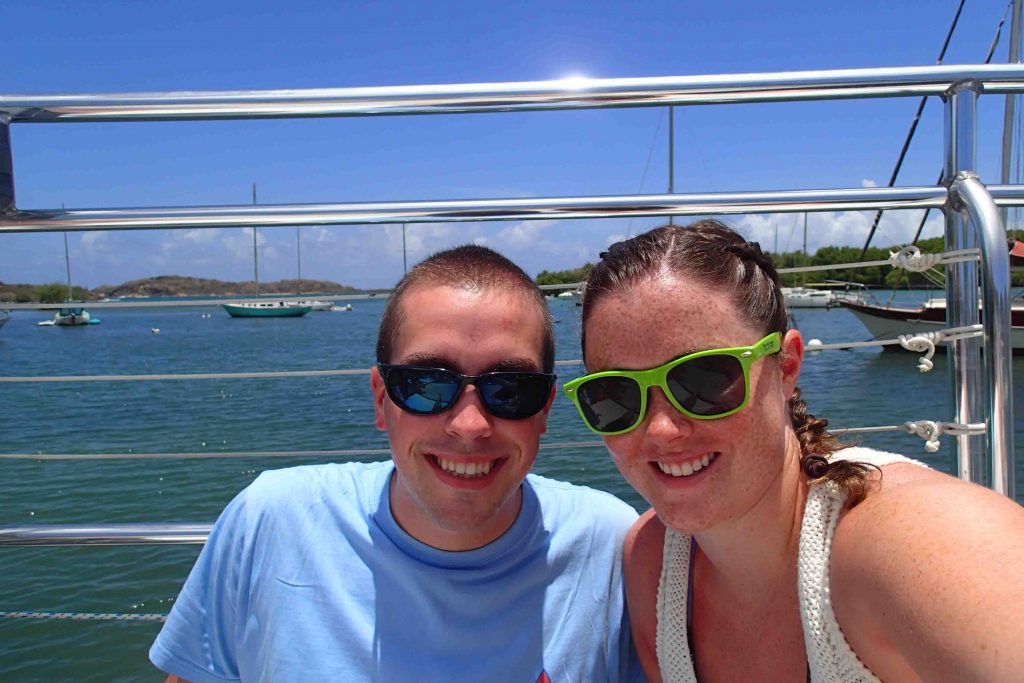 After an hour enjoying the scenery, we arrived at St. John. Much of the island is a national park, which is where we spent our afternoon. The snorkeling was really fun! Not the best I’ve had – Hawaii and the Great Barrier Reef are my favorites – but we did get to see some weird sea cucumber-looking thing, a number of camouflaged fish (no good photos, unfortunately), and several sting rays! It was pretty cool to watch them snuffling along the ocean floor. (Snuffling? That’s what it looked like as they foraged, for real.) 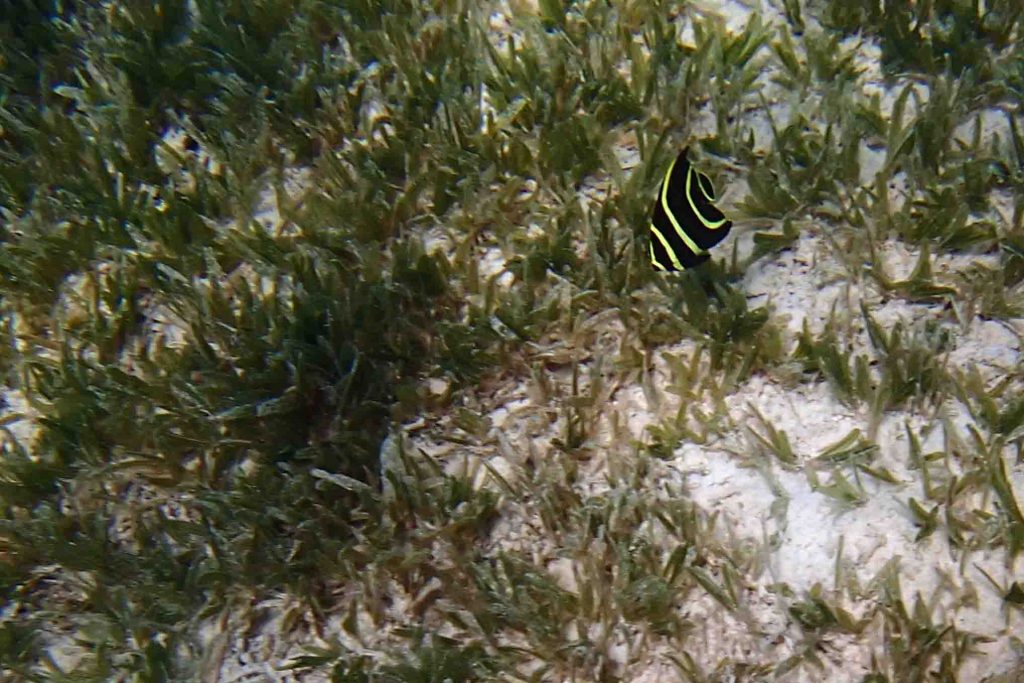 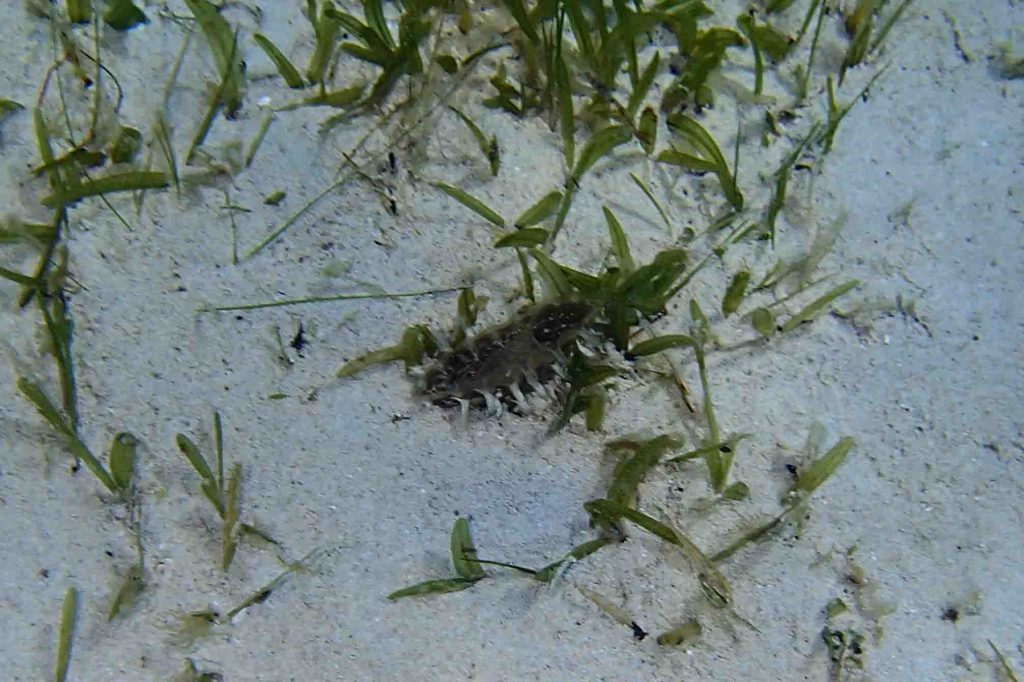 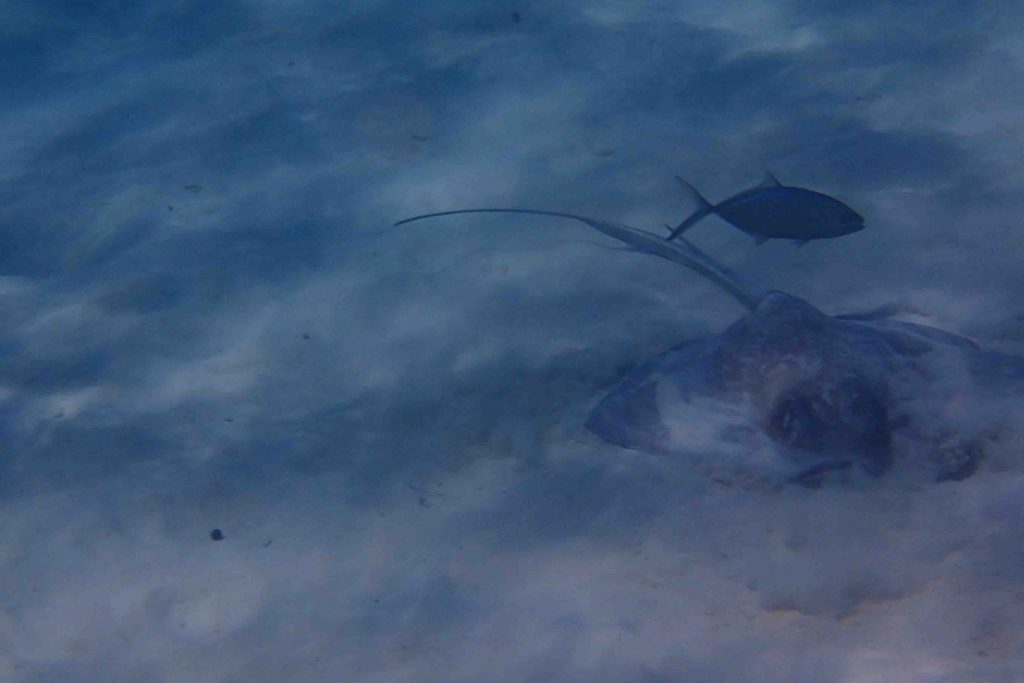 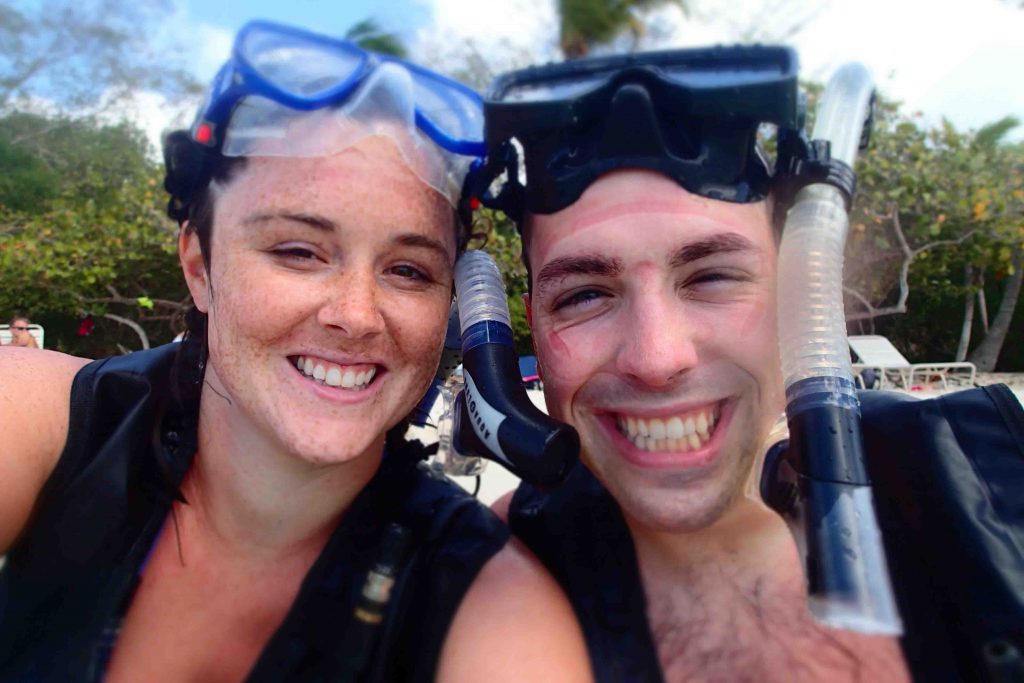 We had such a good time!! Snorkeling is one of my favorite things ever.

After an hour or two of swimming and exploring, we climbed back onto the boat. The return journey was just as fun as the way out, but better because there were snacks and drinks waiting for us! 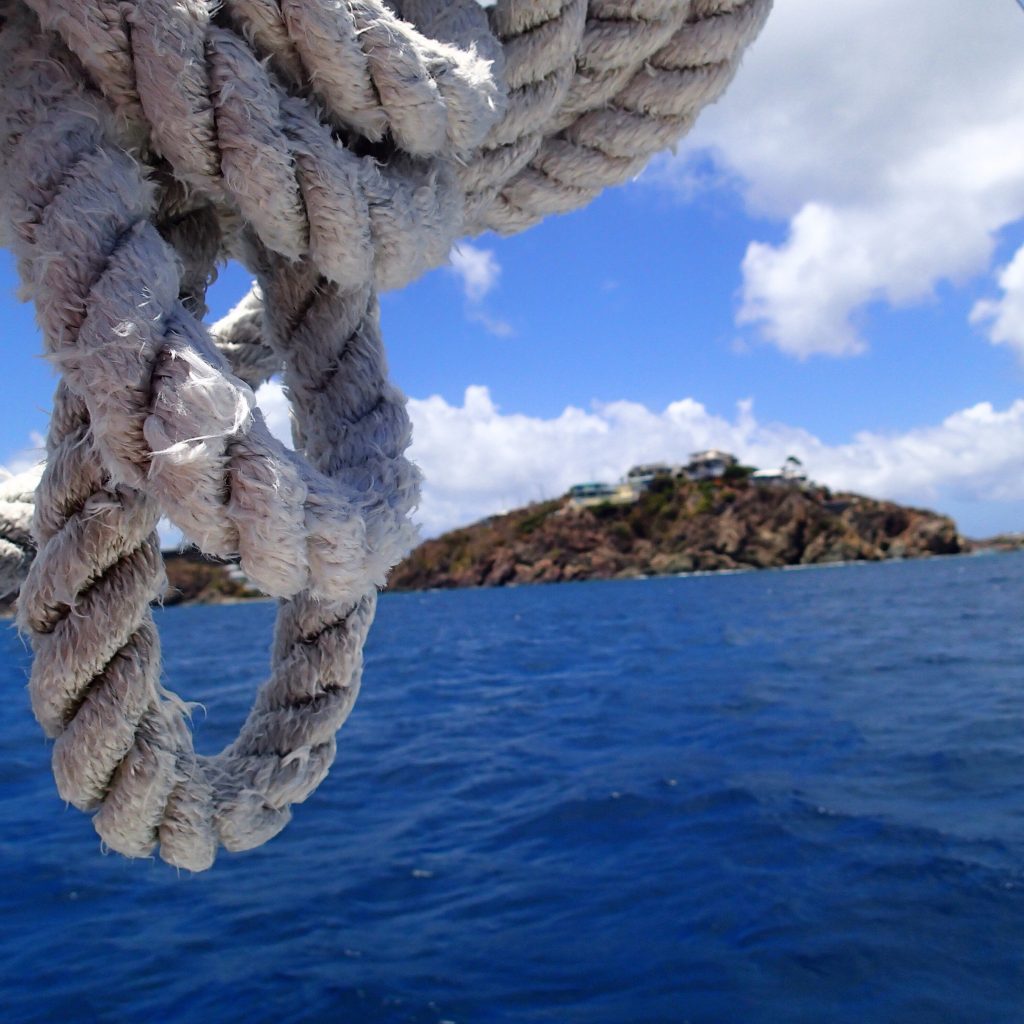 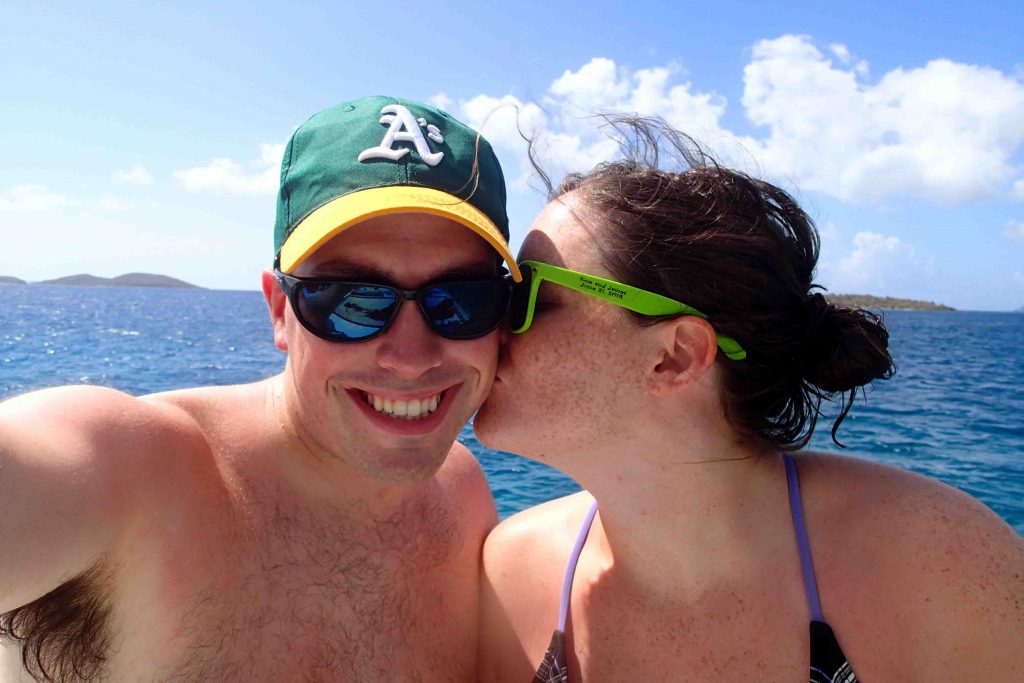 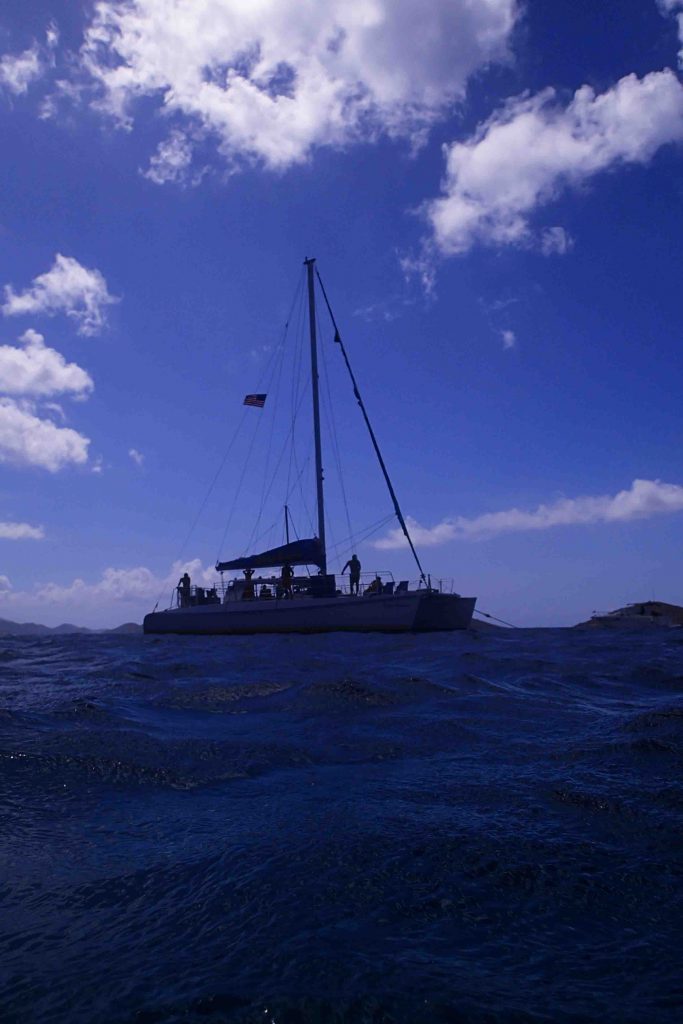 Sailing through the Caribbean sea with snacks and champagne while basking in the late afternoon glow was one of the most glorious parts of the trip. Definitely one of the highlights our week! Plus, it was really nice that we didn’t have to find our own way back from the marina back to the cruise ship dock in another part of the island, but got picked up by their shuttle.

I would definitely recommend this tour for anyone heading to St. Thomas and the U.S. Virgin Islands! For the rest of our cruise, you can see our adventures in San Juan, Nassau, and shots from the boat!

5 thoughts on “Catamaran adventures in the U.S. Virgin Islands”