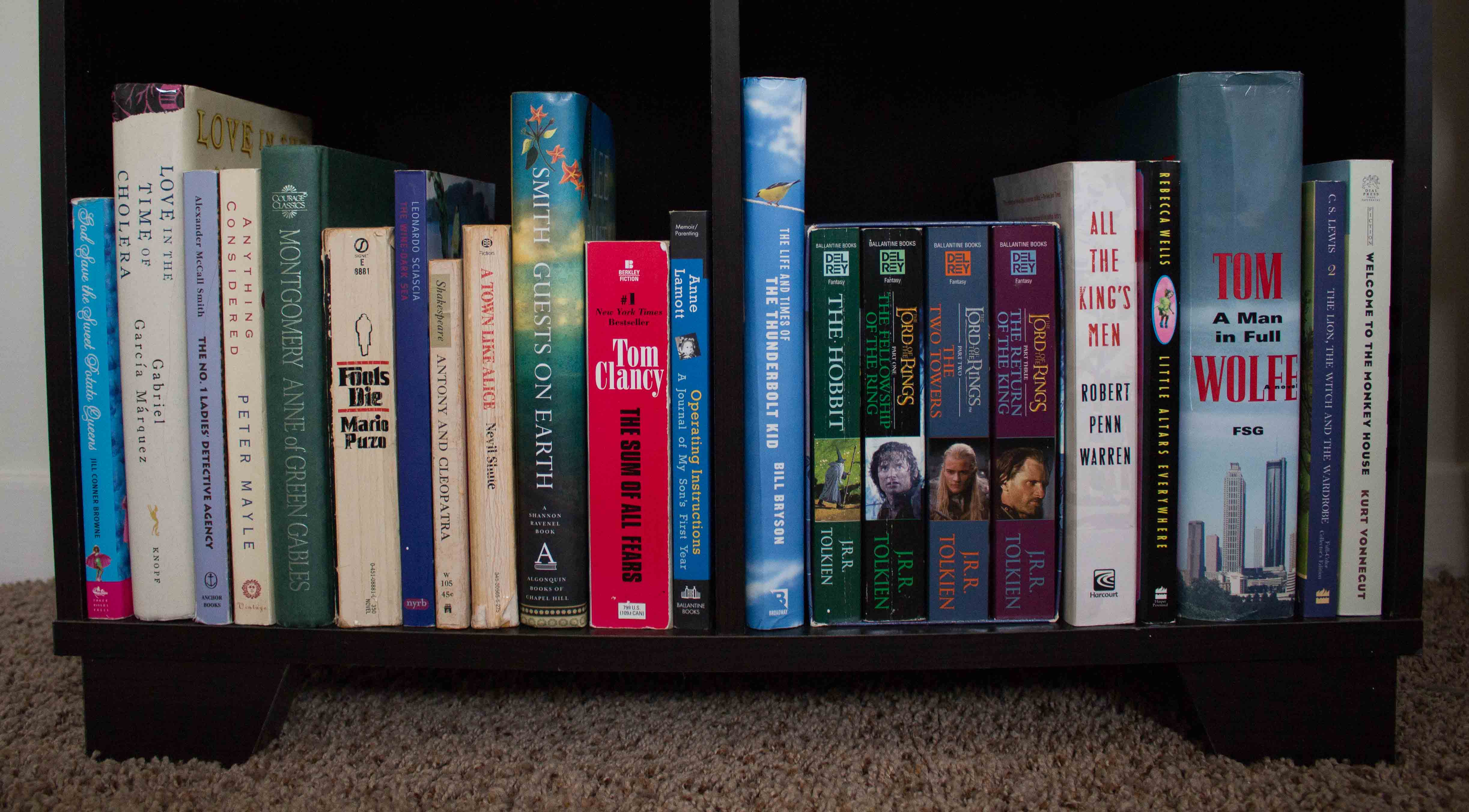 I love fiction. Nonfiction has its place, but fiction reigns in my reading world. Of the 93 books I read this year, a whopping 65 of them were fiction. While I’m trying to read more nonfiction, mysteries and fantasies have my heart. There’s no clear theme among what I read this year, but I did notice several fantasies made the top five. Here’s what I loved in 2016!

Morganstern hits just the right mix of light and meaningful.The story follows two young people in a magical chess game, carrying on a feud between their mentors somewhat against their will. I’m a sucker for good character development, which this book nails, but its contrast of compelling characters with vibrant descriptions and a fantastical setting tips it over the edge. Part mystery, part romance, and part fantasy – a little of everything. This is the best fiction I read this year. On the top ten list of all time fiction.

Imagine Harry Potter, but the college edition full of cynical millennials. An unhappy teen gets drafted to attend a magical college. Cue five years of magic classes, death-defying stunts, and wizard sports. The characters are moody and angsty, and I’ll be the first to admit that the main character isn’t likable. That usually turns me off to a book, but the magic is just so fun that I didn’t mind too much. The mystical world in the book feels like a pretty obvious version of Narnia, but darker. If you like fantasy, this is a winner.

The book follows a woman who opens a detective agency in her hometown in Botswana. The chapters roll along, sometimes solving mysteries and others exploring the characters of her town. The mysteries are clever, and she always solves them through her own observations and knowledge of human nature. My favorite story was probably the only one that she didn’t solve, but I won’t ruin the surprise. Another thing I loved about it was it illustrated a different cultural mindset without feeling like Alexander was trying to convince you of anything – it gave an insider’s perspective on the culture without an agenda. I love when books bring other cultures alive!

We’ve all thought about what to do in a zombie apocalypse. But what if it’s something more realistic? When a flu epidemic takes out 95% of the population in a matter of days, survivors are forced to figure out what it means to survive in a world without electricity, technology, or all the other things we hold so dear in modern society. The book threads together the stories of several characters, both in the immediate aftermath and (for those that survive) the following decades. It’s less a doomsday scenario and more an exploration of the human condition.

This book is mostly on here because the ending was such a surprise that I thought about it for days. I’m that girl who makes predictions about how books/movies/tv shows end. I’ve learned enough tact to keep my guesses to myself, but I’m right a decent amount of time. The whole way through this one I had no idea how they could tie up all the loose ends: all my guesses kept getting thrown to the wayside as plot twist after twist changed the playing field. And then the final pages threw me for such a loop that I convinced Logan to read it just so I could have someone to talk to about the craziness of this book! The premise: a lawyer dies in a fiery wreck, and millions of dollars are stolen from his firm just after. Years later, the lawyer is discovered, alive, and brought back to the US for justice. How will he deal with the many layers of accusations – criminal, civil, and personal – brought against him?

Liane Moriarty is just fantastic. She writes stories in a somewhat everyday setting, but with a hook that sucks you in from the first chapter. In Truly Madly Guilty, the story is told by the 6 or so main characters who are all grappling with the events of one particular day. The story itself unfolds slowly, methodically. You can’t quite tell what the book is about until nearly halfway through! But somehow she weaves the story so compellingly that you’re desperate to know what happened that day.  There were several moments of heart-stopping panic when I realized the direction she’s leading the tale, wondering if she really has the gall to do that to one of her characters. It’s definitely worth a read. Or even better, get the audiobook and you’ll hear it with Australian accents, fitting the Sydney setting!

Earlier I shared my favorite nonfiction of 2016, and you can click here to see the previous years’ annual favorites.

What should I read this year? Looking for good fiction especially. I want to read meatier fiction in 2017. Books that make me think as well as beach reads.