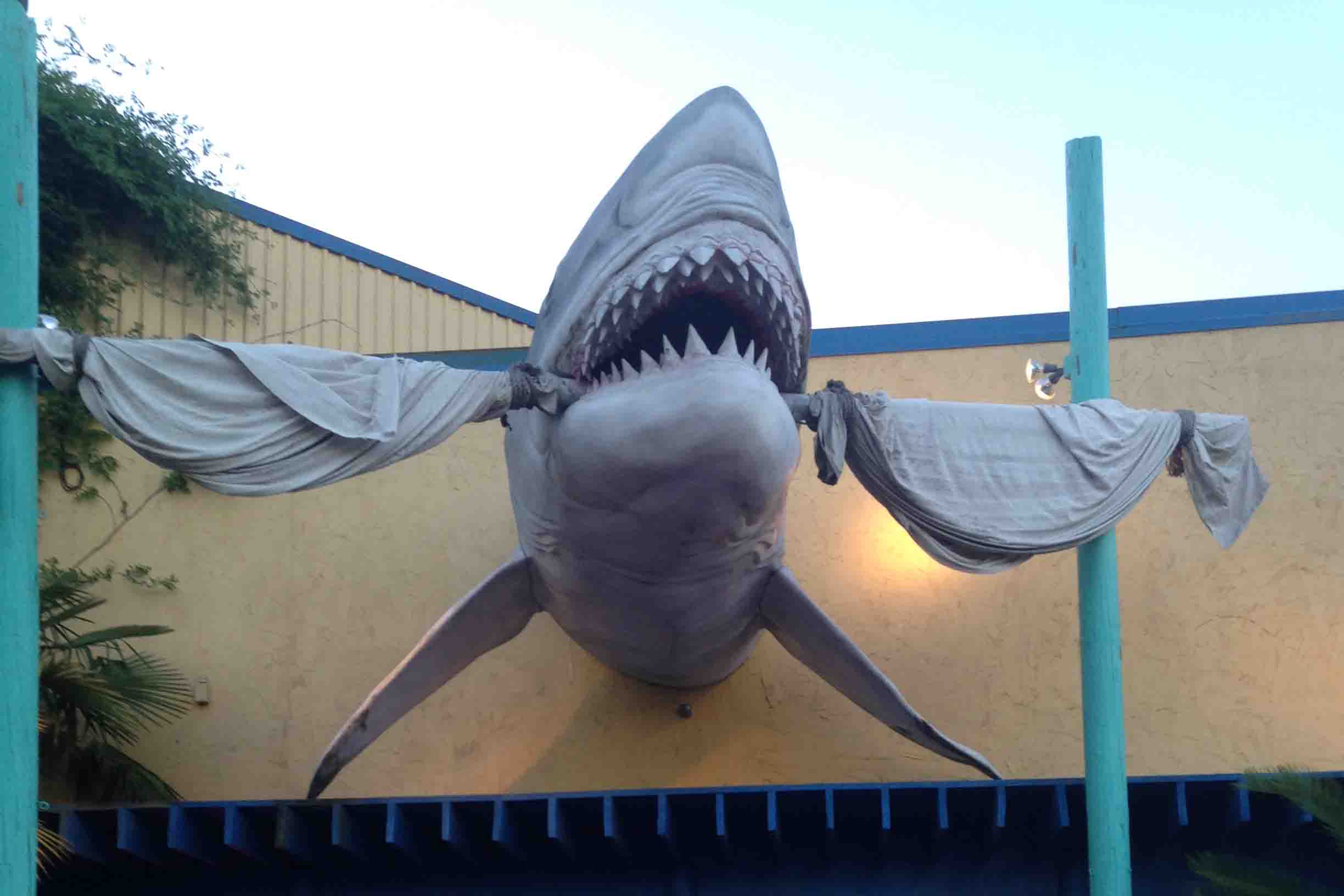 This past weekend, Logan and I went to Adventure Landing in Raleigh.I don’t really know how to classify Adventure Landing: it’s one of those putt putt places with lots of high-energy things too, like laser tag and go karts. Throw in arcade games and bad pizza, and you’ve got the idea. They’re aimed primarily at kids, but at night there’s always lots of adults and pseudo-adults (such as myself) there.

We went because a sweet friend gifted us a LivingSocial deal for it. We got 3 rides/events each, plus a drink, which was perfect for a date night!

First we headed for putt-putt. Note: I am TERRIBLE at putt-putt. Hand-eye coordination has never been my strength, but mini golf brings this out in spades. I’m quick to also blame this on the fact that I’m left-handed. This matters because growing up I was almost entirely taught to do things right handed and have to mentally switch them if I want to do them in the way that feels natural. That means I do everyday things like writing left-handed, some random skill-based things I do entirely right-handed because that’s how I learned, and still others that I do a hybrid. When playing basketball, I dribble right-handed and shoot left. I can’t explain it, that’s just how I do it.

So this relates because when playing putt-putt, I pretty much alternated. Neither feels particularly natural, so I kept switching off to see which I was better with and saw no clear difference. Meaning that Logan destroyed me in putt-putt. He was gracious enough to not keep score, but the results were clear nonetheless.

Adventure Landing’s putt-putt was fun though. Nothing too complex in the holes. I think everything was a par 2, and they had 3 different courses to choose from. My main complaint was that the holes weren’t really lit, so playing in the evening meant that my depth perception got worse as it got dark. (Maybe that’s why I did so badly!) But it was still fun. The whole place is decorated with kitschy safari animals, with the odd pelican thrown in for good measure and a shark to guard the entrance. Cheesy, but nobody comes to these places for their decor elements. Is it even putt-putt without giant animals?

Next, we headed over the go karts. By this time, there wasn’t a line, and we probably raced with less than 10 people total. Much better than when there’s 20 people on the course and you can’t go fast.

Logan loves go karts. Really he loves most motorized things that you can go fast on (see also: four wheelers and jet skis). So on the track, he does his thing and I try to keep up. And it was so much fun! The course isn’t huge but at least it’s more than just a loop. The first time we went, we both managed to pass a couple people in front of us, and more importantly, neither of us got passed.

It was so much fun that of course we had to go again! This time, there were fewer people but all wanted to go fast (aka “win”) so we ended up in a cluster of four of us

– the Front Guy, Logan, me and Plaid Shirt Guy. All were trying to be the first, but Logan couldn’t get around Front Guy and I had my hands full holding off Plaid Shirt Guy. His go kart was faster than mine, but I could always position myself so he couldn’t get around me in the curves. (I’m sure you’re all really fascinated by my go kart play-by-play. Thanks for humoring me.)

The other great thing: we got a long time out there! I think it was like 7 laps each time, maybe more. Maybe they always do that, or maybe because it was a slow night with all adults, but we got plenty of time out there and I loved it.

A friend recently told me that you can come for unlimited go karting some nights. We will definitely be checking that out next time.

Overall, we had a great time! I think it’s regular prices are a little steep considering the age and niceness of the place, but it seems like they’re having ticket deals all the time that make it much more reasonable.

What’s your favorite Triangle attraction? Where should I go next?