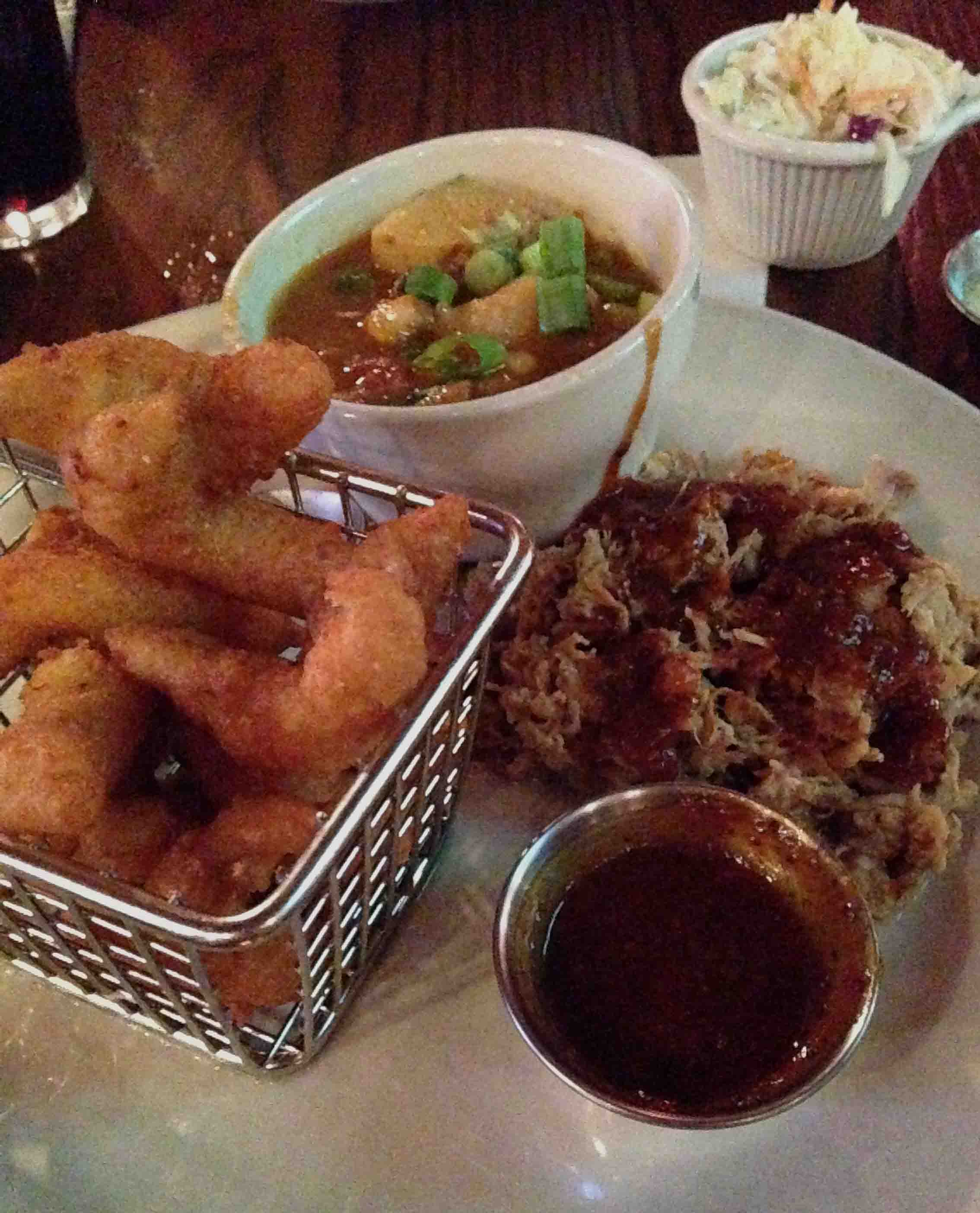 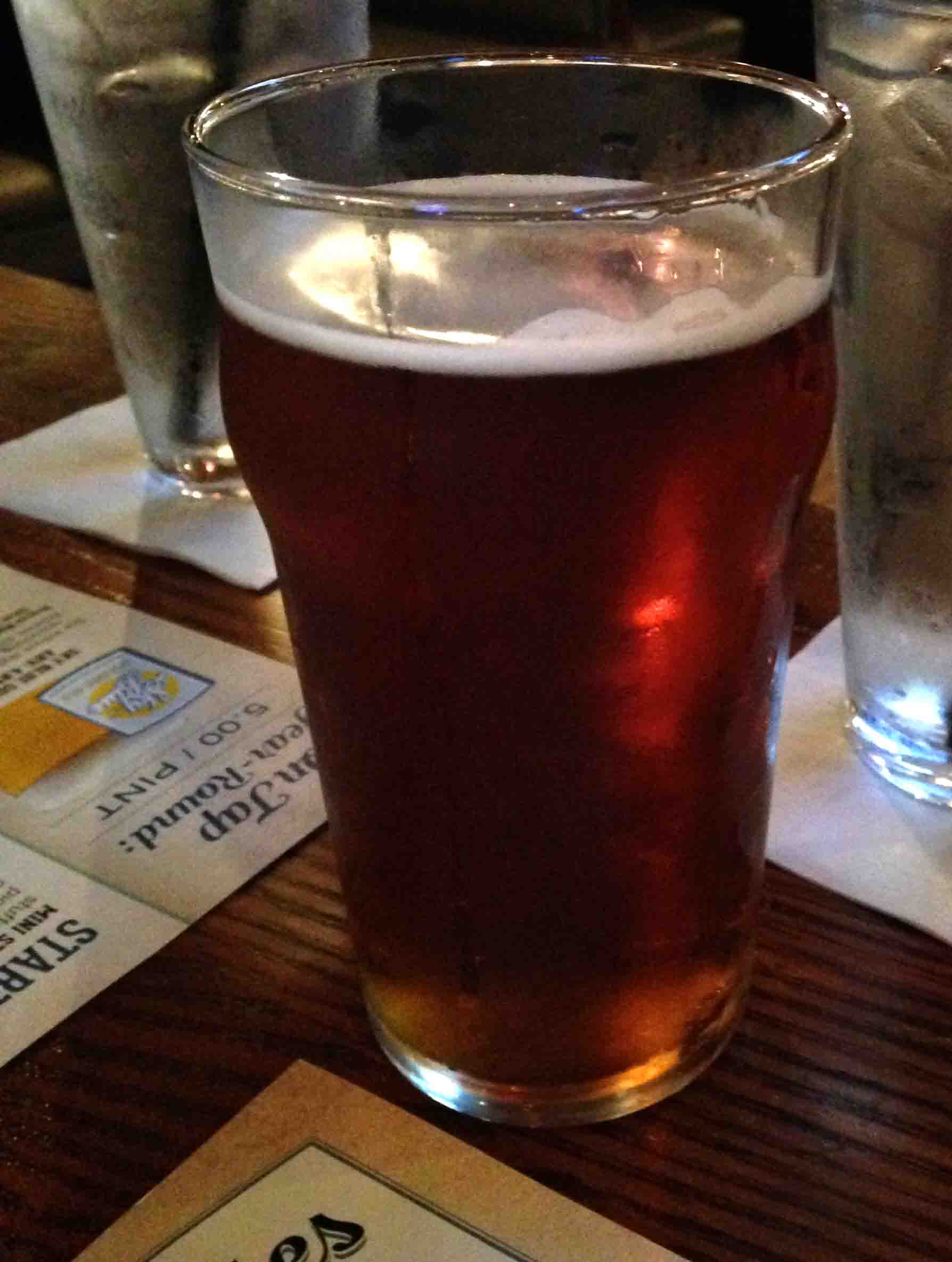 Every year, the Carolina Brewery releases their winter beer, Santa’s Secret. And every year, my brother, husband, dad and I grab a pint and dinner preferably with a Carolina basketball game on to watch. This year there was unfortunately no Carolina game, but instead we timed it around the beer’s annual release!

Santa’s Secret is plain and simple, a really great beer. It’s got a bit of spice, but I wouldn’t classify it a “spicy” beer. Just enough to surprise you.

Definitely don’t miss the truffle fries. They’re addicting and salty and earthy and fried, and we ate them all before it even occurred to me to stop stuffing my face and take a photo.

Of course, while you’re there, you 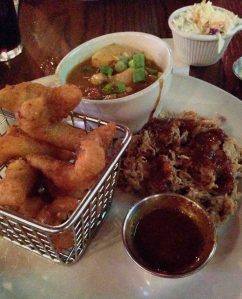 should definitely grab dinner. I find myself almost always getting the
same thing: barbecue. It’s eastern style, meaning vinegar-based pulled pork, but with comes with tomato-based to pour over top (which is my favorite – why can’t I like both?). It comes with hush puppies and Brunswick stew, aka all the deliciousness of barbecue mixed with veggies. And for some reason I find the fact that the hush puppies are served in a miniature fry basket to be adorable.

Logan got the fish and chips, which I am always a fan of. They’re just the right ratio of breading and fish, and don’t dissolve into a millions squishy pieces on your plate the moment you stab into them. 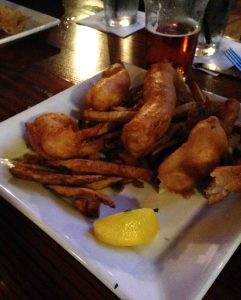 Another of my favorites from Carolina Brewery is the Golden Ale. It’s a great summer beer: light enough to sip during a hot afternoon, but not light-tasting. Clearly I need to work on my beer vocabulary – maybe a new year’s resolution?? Let’s just go with sippable.

The following photo communicates more about our familial weirdness than our love of Carolina Brewery beer. Ben went for the Oatmeal Porter which is also a tasty choice if you’re looking for something darker.

For real, you should go check it out while Santa’s Secret is still on tap. Definitely worth it. 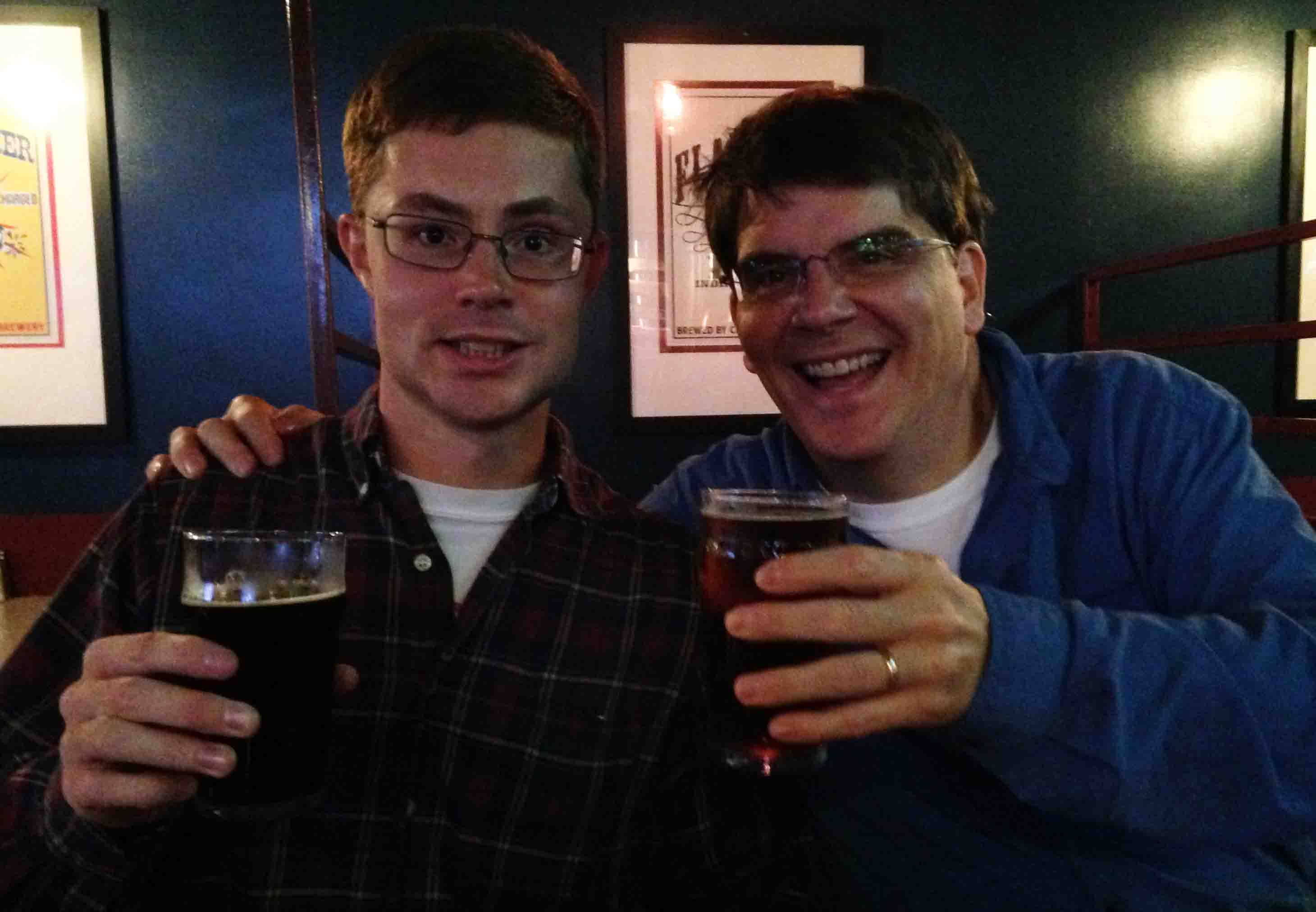 What are some winter Triangle Bucket List things I should check out??