Slow cooker bbq sandwiches are perfect for Labor Day and takes next to know work! 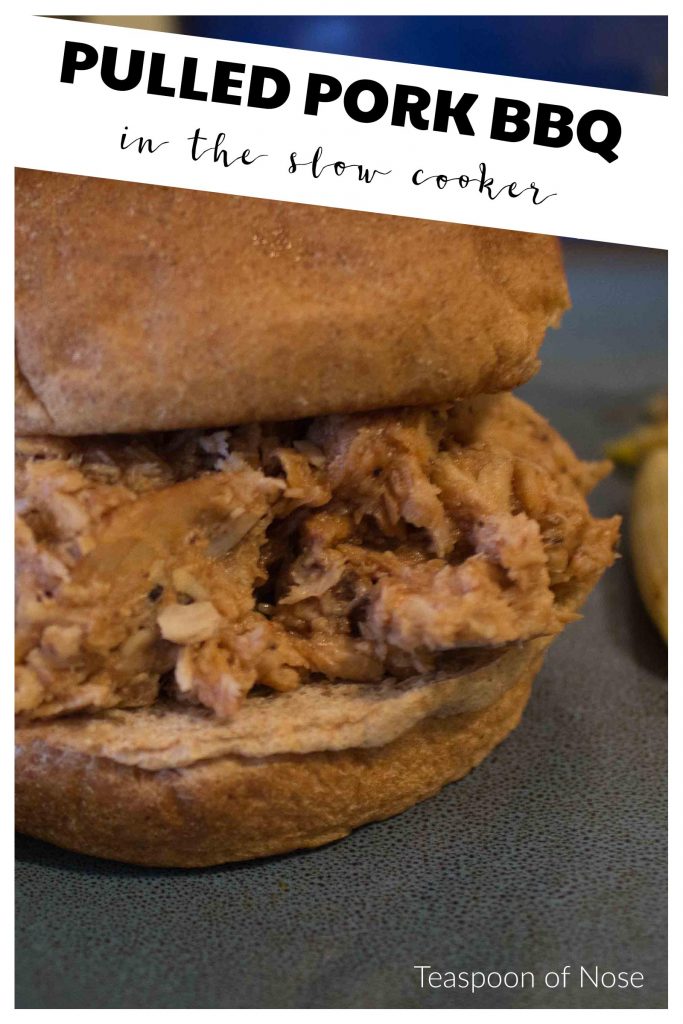 If you’re from North Carolina, then there’s a few things you know about barbecue.

First of all, it’s a noun. It means pork, cooked low and slow. But there’s not just one kind. There’s a HUGE argument over western vs. eastern NC BBQ – also known as tomato based vs. vinegar based. I’d classify myself as an eastern BBQ fan: after all, it’s what I grew up on. But I also have a soft place in my heart for western. Because let’s be real, who can resist barbecue in any form?

Today I’m sharing the easiest way I’ve found to make homemade BBQ, western-NC style. The best part is that it cooks all day in a slow cooker! Next to no work for one heck of a reward.

I like to make this when we have friends over for dinner, and I’ve been known to throw the leftovers on a salad to mix it up! 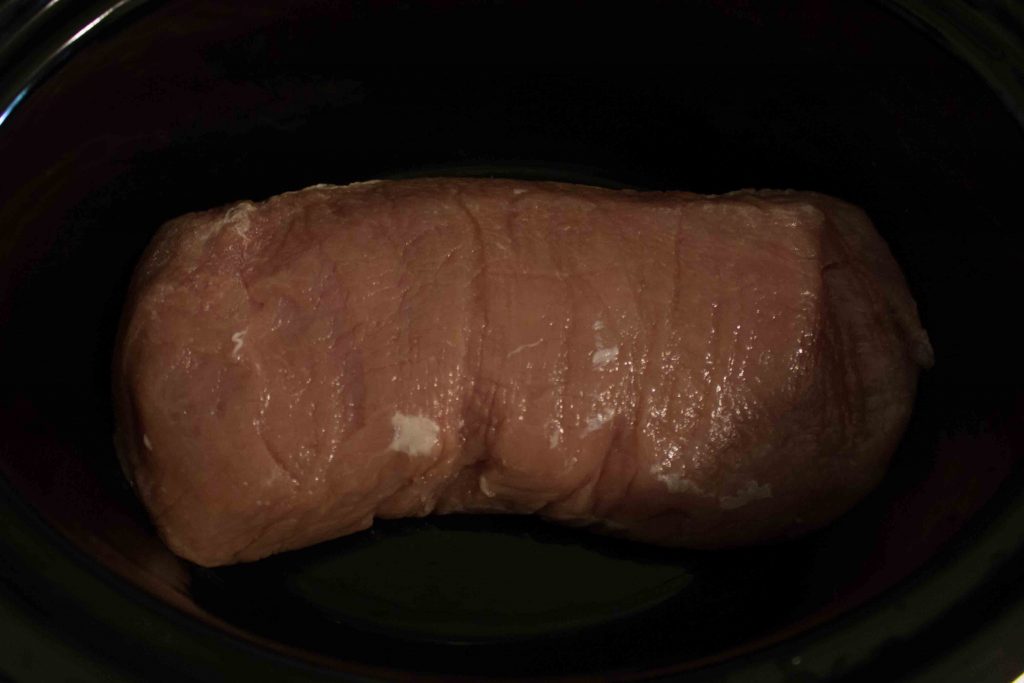 Start with a 3-4 pound pork loin – I typically buy mine from Sam’s Club and cut in it half. Trim off the excess fat. 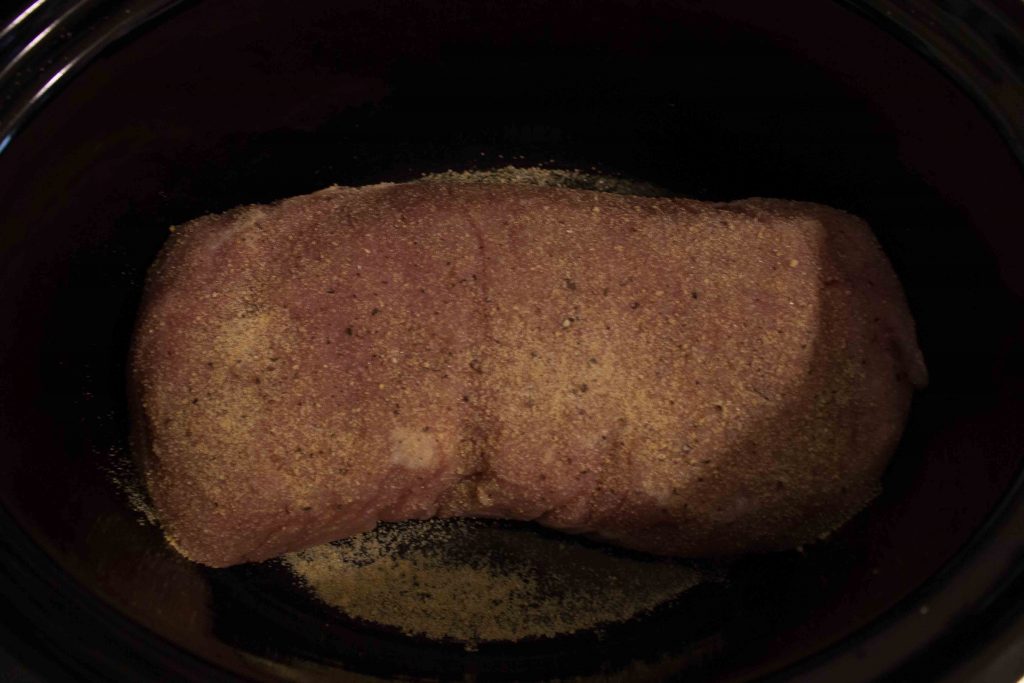 Sprinkle generously with salt, pepper, and garlic salt. I usually eyeball it, but I’d estimate I add about 1/2 – 3/4  tbsp of garlic salt. 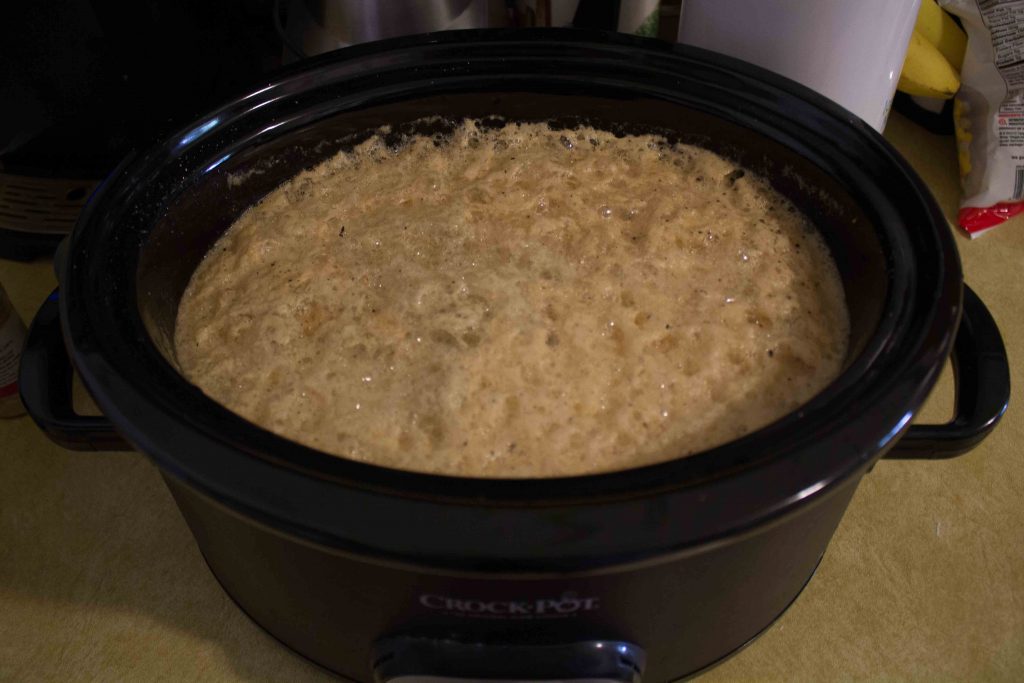 Pour three to four cans of root beer: the goal is to just cover the pork. 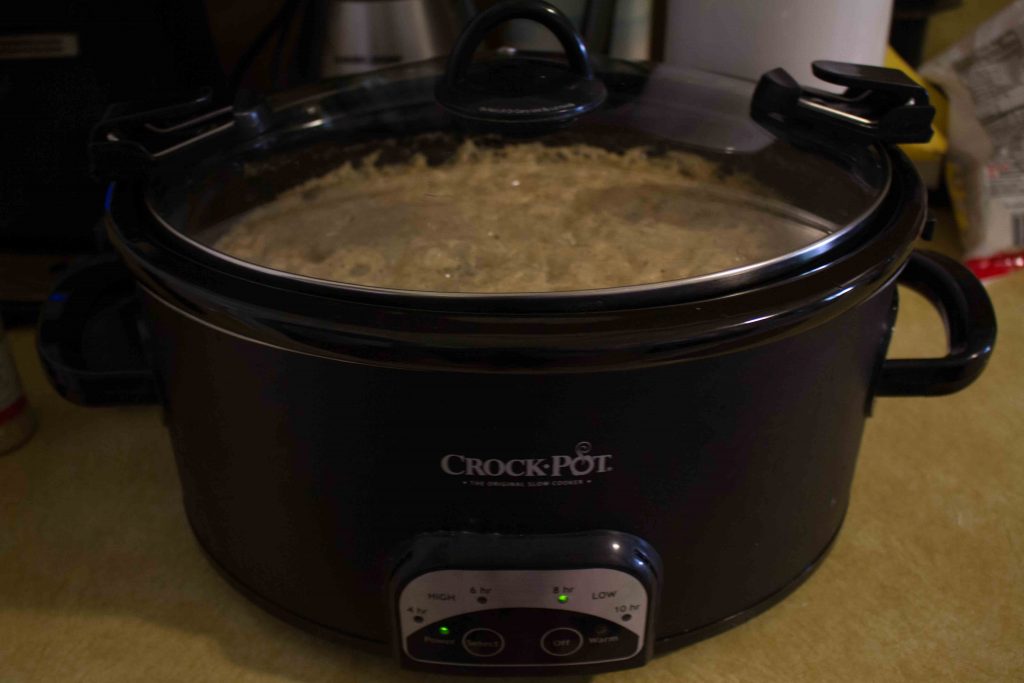 Cook on low for 8 hours. Go enjoy your day while dinner cooks! 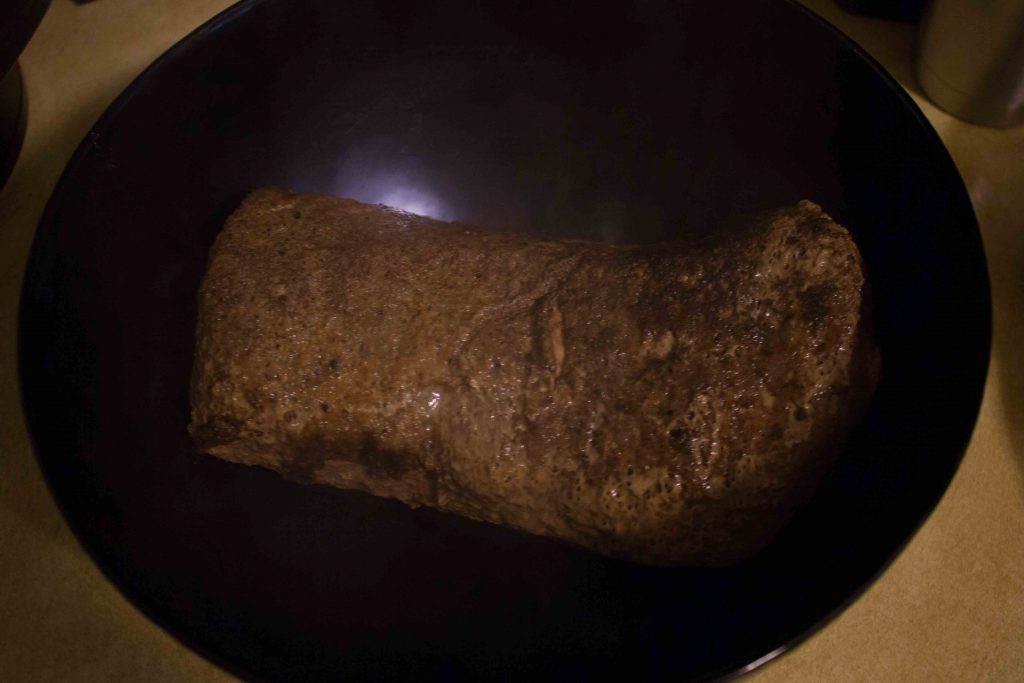 Remove the pork from the crockpot and shred! I usually work at it with two forks. Stir in most of a bottle of BBQ sauce – save the last bit for topping your sandwich. 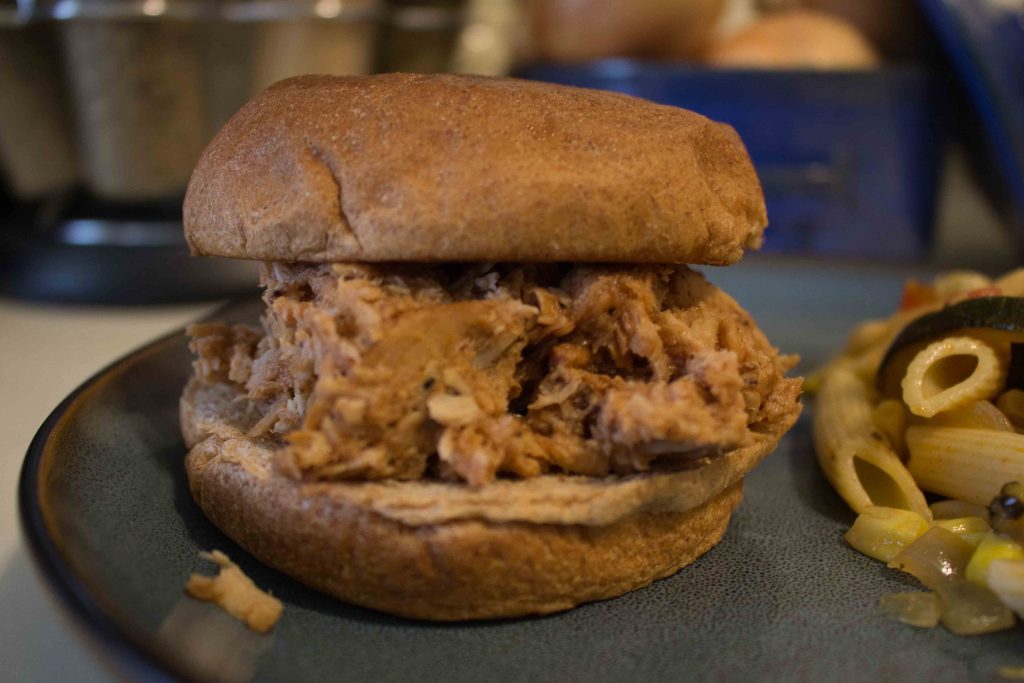 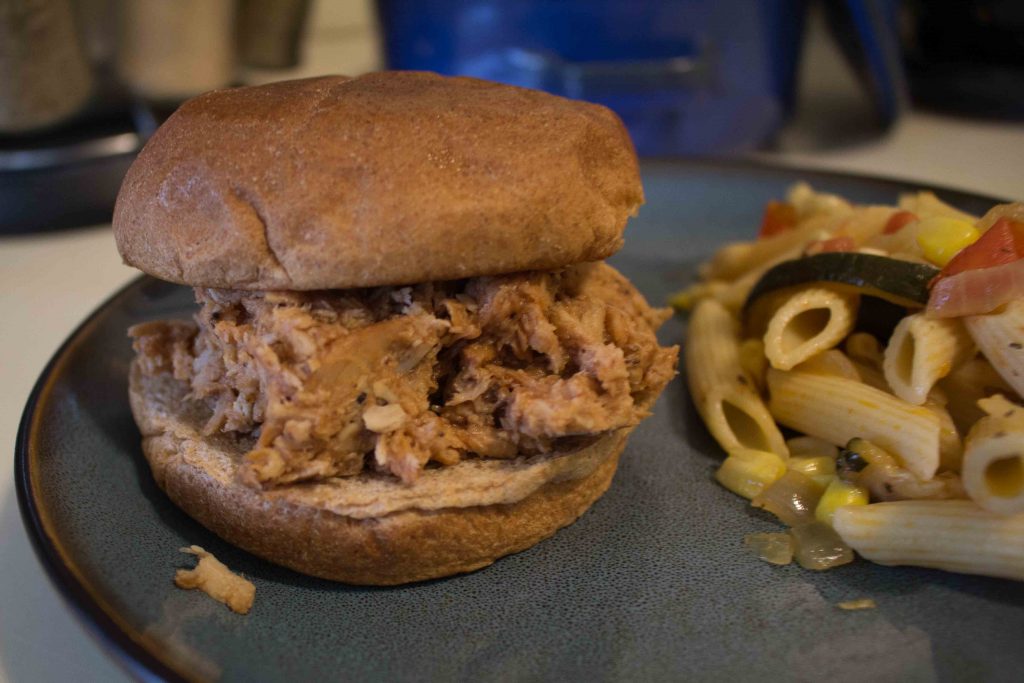