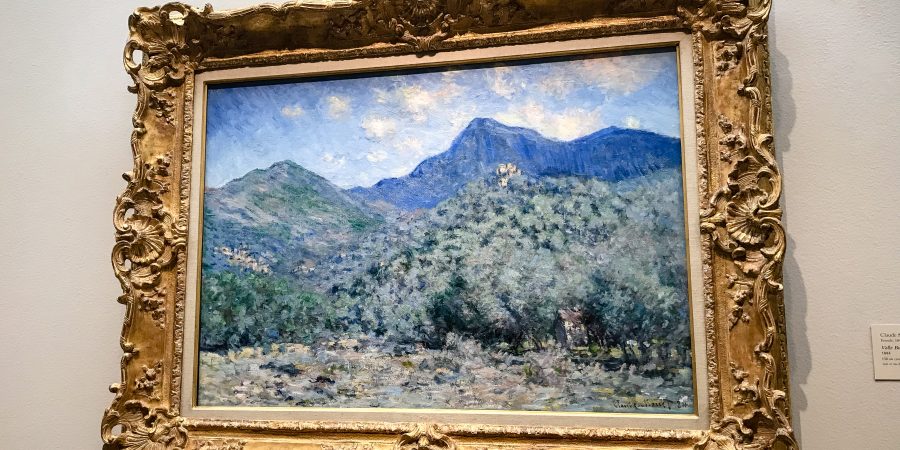 Dallas has way more to offer than you could possibly do in one trip. But if you’re looking for an easy weekend getaway or day trip, a day in Dallas is just the thing! 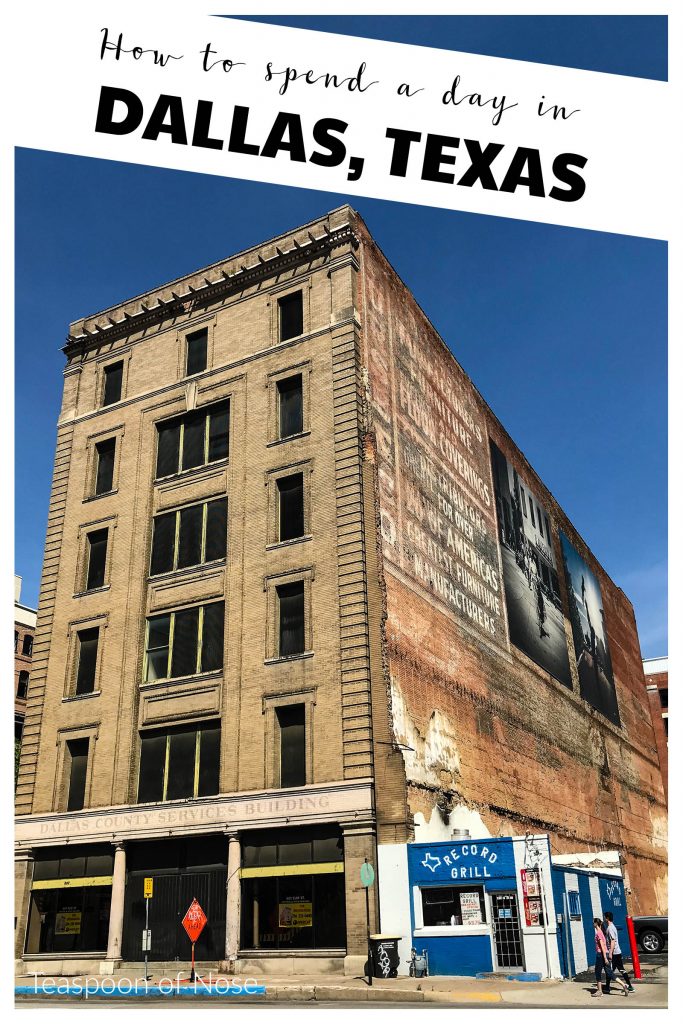 The older I get, the more I realize that massive weeklong trips aren’t always the best case scenario. It’s more likely that we can squeeze in a day trip or weekend getaway than plan a whole week away. So today I’m sharing a day last spring we spent in Dallas, Texas!

One Day in Dallas 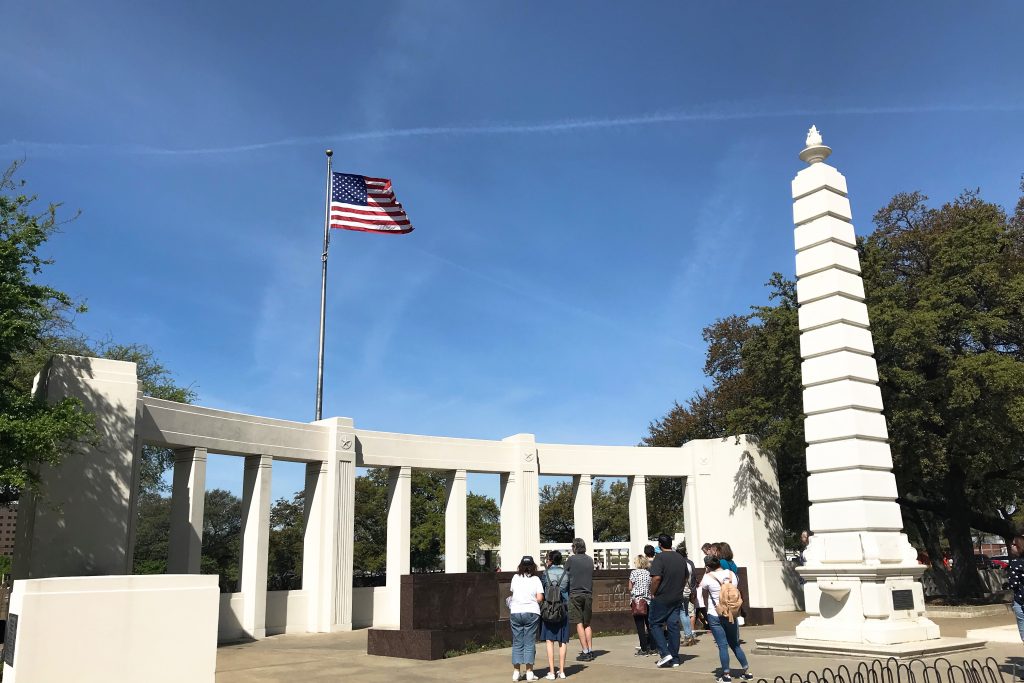 When most Americans think of Dallas history, they think of the Kennedy assassination. So when we headed to Dallas for a day trip, we planned our day around the Sixth Floor Museum.

First off, we checked out the outside: the road is marked with two X’s, indicating where the two shots made contact with Kennedy. Side note: if you’re here, don’t be a dumb tourist who steps into the road for a pic of yourself on the X. First off, seems a bit in bad taste, but secondly there is still traffic on the road. Rant over.

The museum itself is very well done, with an audioguide to supplement the many nooks of information. I’m the type to read everything, so the museum takes a good 2 hours at least. They do a thorough job setting the scene and tell a lot about Kennedy’s presidency. There’s definitely a focus on the positive – and a whole nook dedicated to programs that were started during his administration which grew into huge importance over the following decades.

The museum recreated the corner window where the gunman took his shot, and showed great detail of the various photographs from the day’s witnesses. The second half follows the aftermath, arrest and death of Lee Harvey Oswald, and subsequent investigations into the efficacy of the original case.

As someone who grew up after the Kennedy assassination and always heard (but not paid much attention to) the conspiracy theories surrounding it, it was helpful to see the various theories laid out. The museum seems to support the straightforward theory of Oswald’s guilt, but lays out some of the other theories and evidence suggesting them. 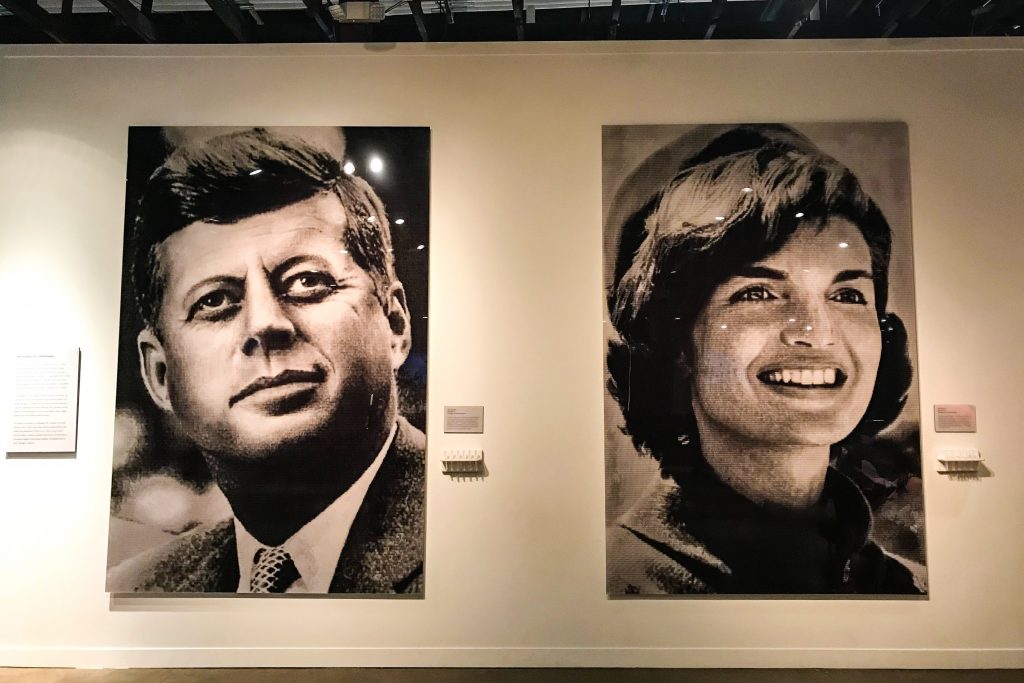 You should definitely buy tickets in advance: they’re timed, so we went online the day before and picked something that fit our schedule. They also have parking ($8 for the day), but it fills up so you may want to check out your street parking options if you have an afternoon ticket.

We were craving sushi, so we headed downtown for lunch at Zenna. The place has a nightlife feel; it bills itself as the only place to get sushi after midnight. I can’t speak to that, but the food was fantastic! They offer both Asian entrees and extensive sushi, we opted for sushi rolls and dumplings and ate every bit!

Even if you don’t stop somewhere for lunch (or wait to grab some food truck fare outside the Dallas Museum of Art), it’s fun to walk through downtown. There’s a cool conglomeration of architecture and a couple plazas worth seeing, including a cabin from the 1800’s and a cenotaph in honor of JFK. 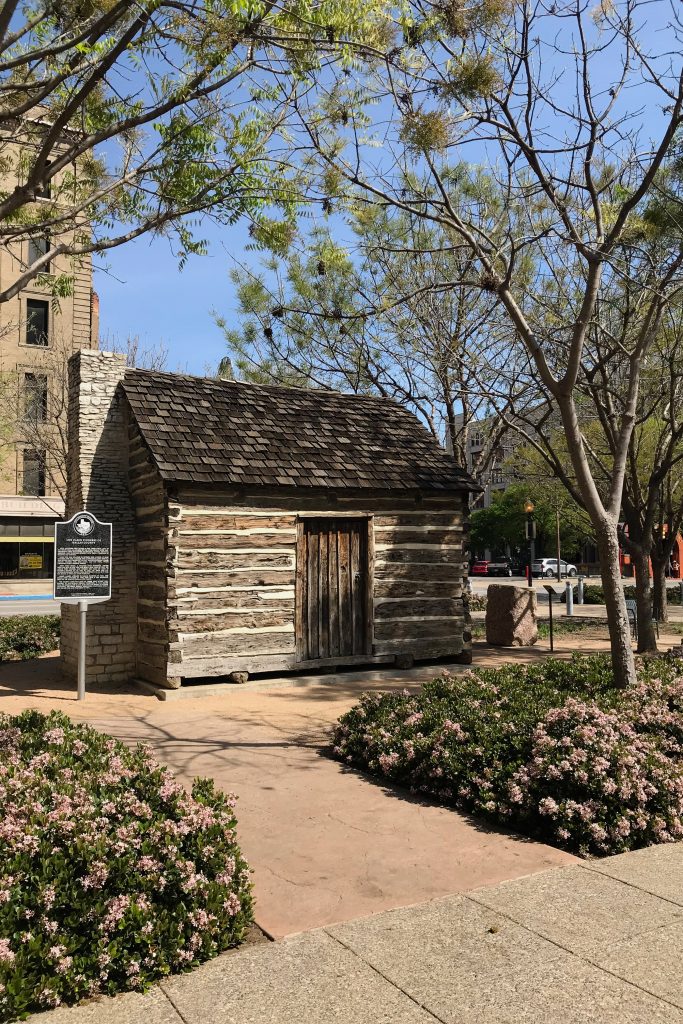 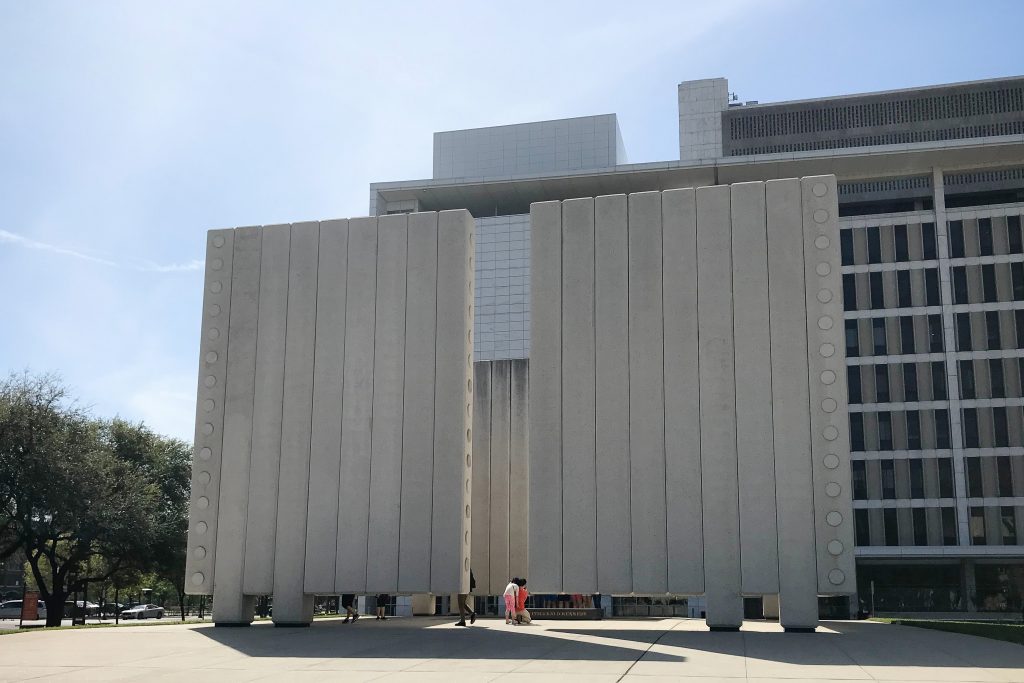 I’m a HUGE fan of any art museum that’s free. As a fairly uninformed art lover, I’m always grateful to cities that make art accessible for anyone regardless of budget. The Dallas Museum of Art hits all the high points of museums: it’s free, they show a huge variety of art on display, and it’s big enough to not feel crowded even on a Saturday afternoon.

Near the entrance we stumbled upon an exhibit of Islamic art. The pieces were stunningly beautiful, and I loved seeing the comparisons among the different styles and regions of calligraphy. Many displays had accompanying translations, and I highly recommend checking these out while the exhibit is still open. 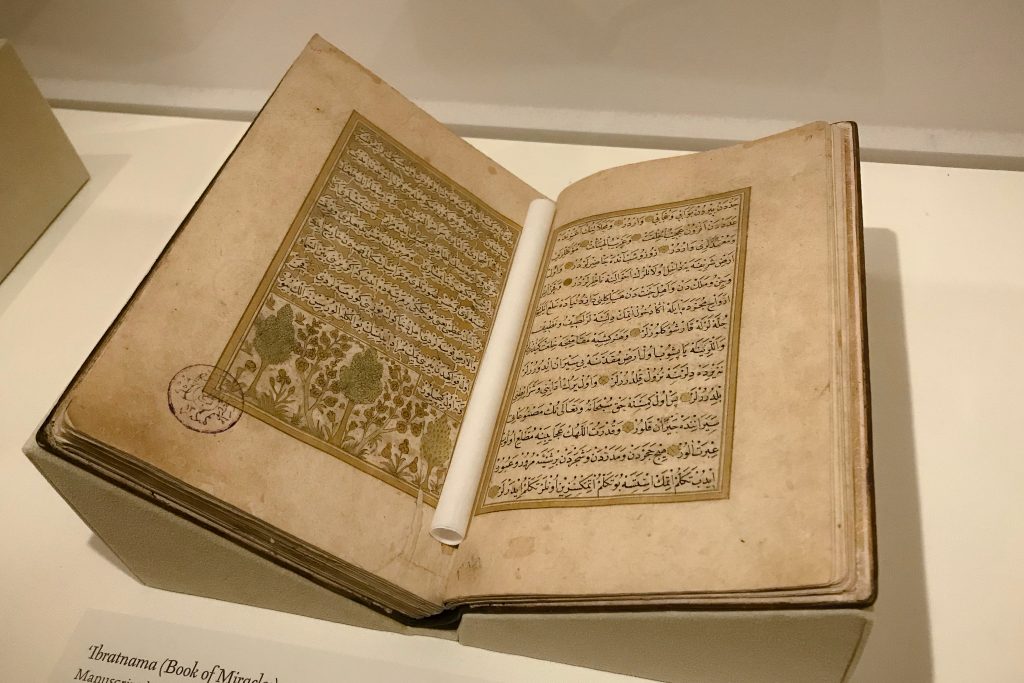 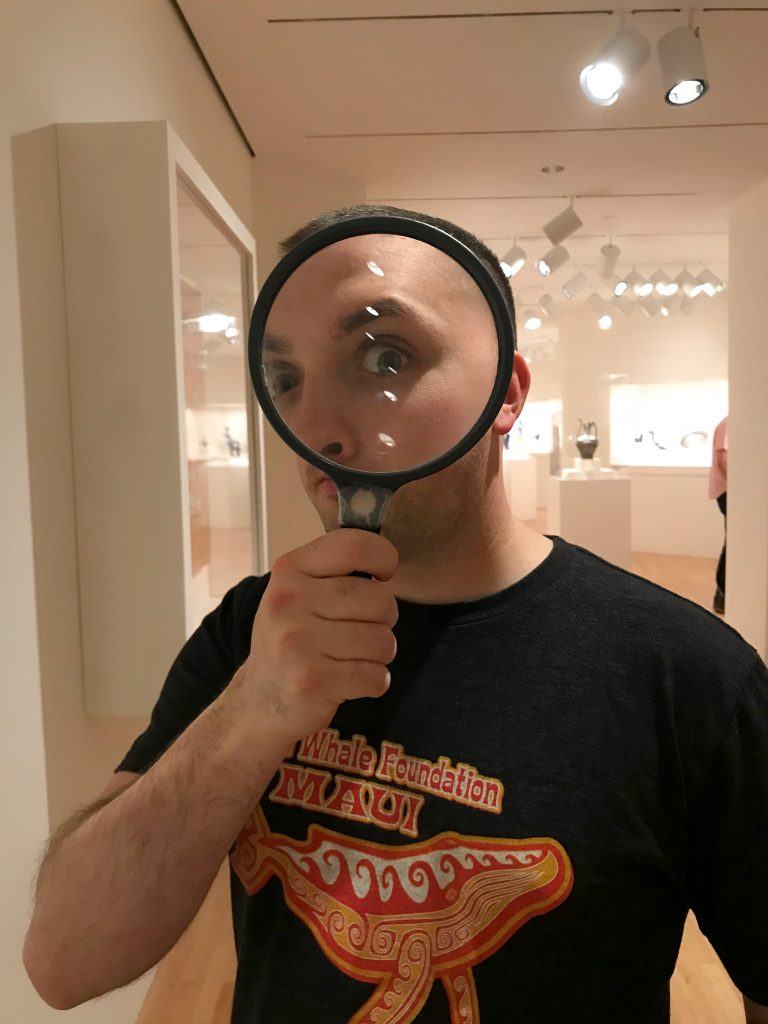 My favorite is probably impressionism, so we headed up there pretty quickly. I loved the Monet pieces, and the layout transitioned from one style to the next in an approachable way. Translation: my uninformed self could see the progression of styles and how they connected to the previous.

Another fun part of the museum was the art not on a canvas. We stumbled into several rooms of china and silver, a collection of 1960’s furniture, and a room of ornately carved doors and fireplaces. Another hallway held ironwork: the most ornate doorknobs and nails I’d ever seen on display.

Some of the other special exhibits require a ticket, but the musuem is so big that we skipped those this trip. I could easily spend the entire weekend wandering the halls here! 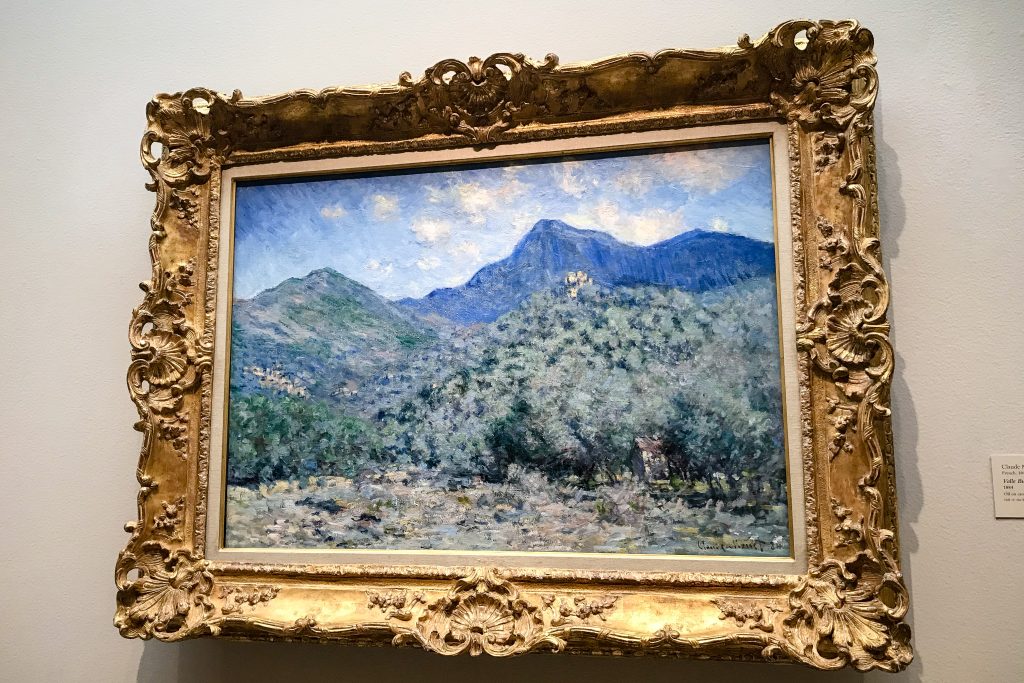 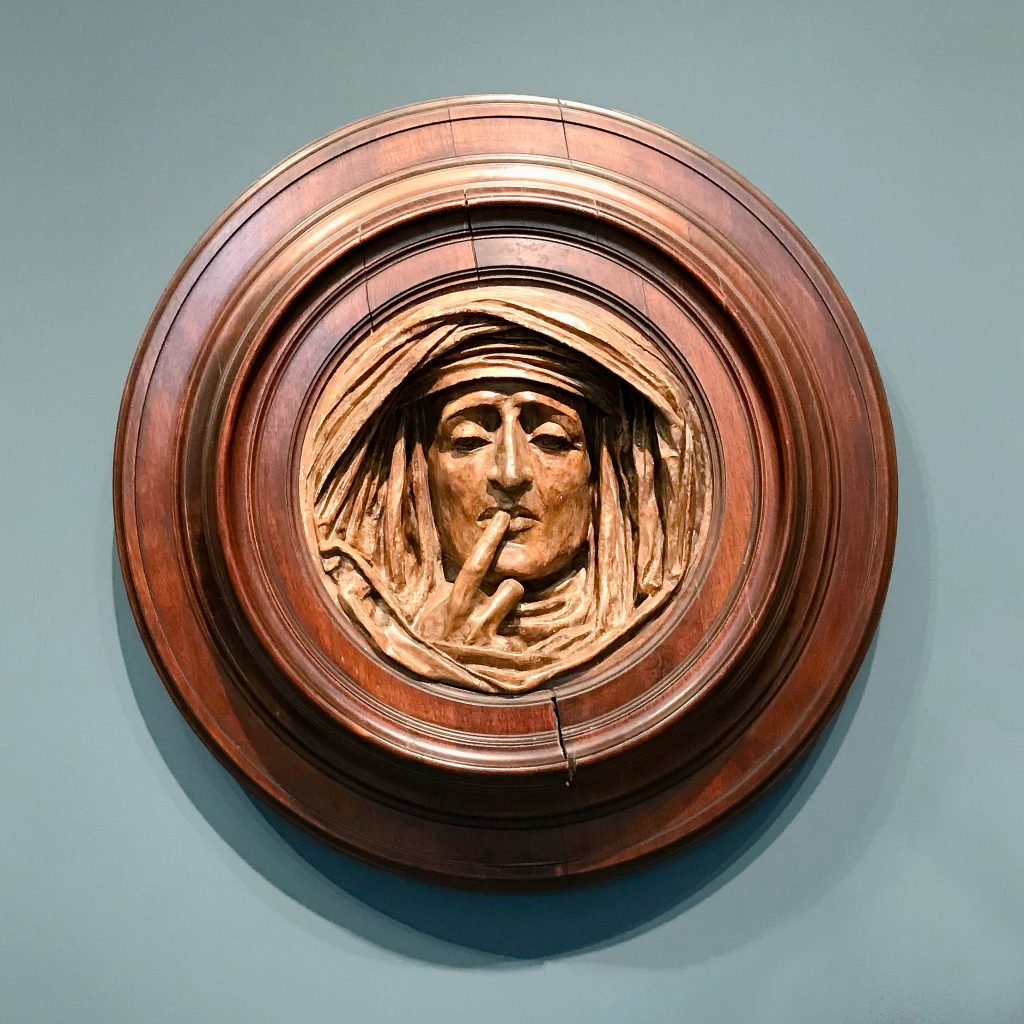 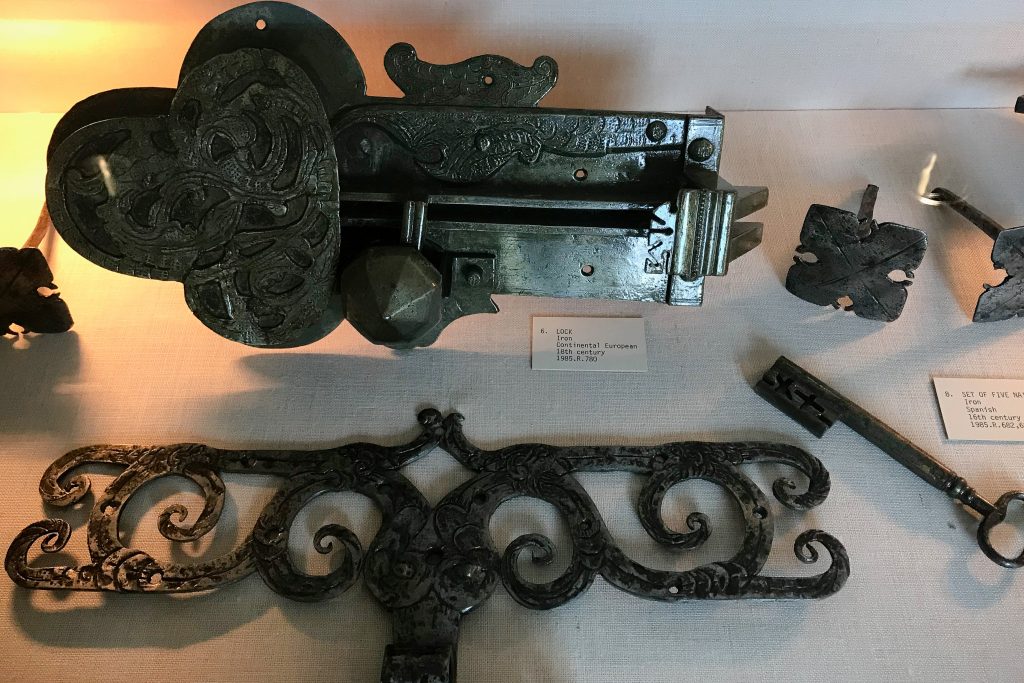 We wanted a splurge for dinner; after all, this is a vacation, right? And a getaway in Texas means steak, so we headed to Bob’s Steak & Chop House.

It was dark and intimate, but still Texas, so the dress code felt relaxed. We had a reservation, which was the only way we got a table on a Saturday night. Even the bread on the table was soft and rich, daring you eat one more piece. We decided to go big and shared a Wagyu tomahawk chop, along with the pancetta mac and cheese. Both were from the specials menu, and both were phenomenal.

After dinner, we lingered over creme brûlée and wine, soaking up the luxury of the quick vacation. It was a fantastic way to take in a day in Dallas! 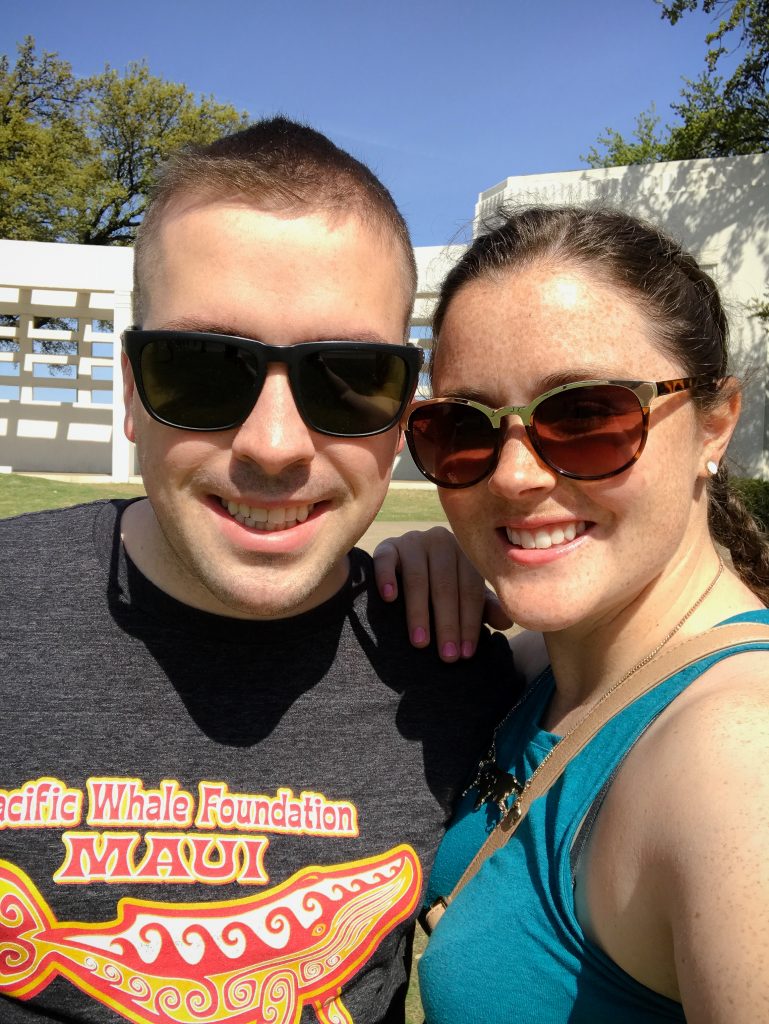 I love Dallas and I’m sure we’ll keep heading back for years. If you’re headed to the area, don’t miss some of my other favorites, like the Bishop Arts District or free things to do in Fort Worth!