Memphis is chock full of history, both musical and otherwise! Here’s a few things to see and eat in Memphis, Tennessee. 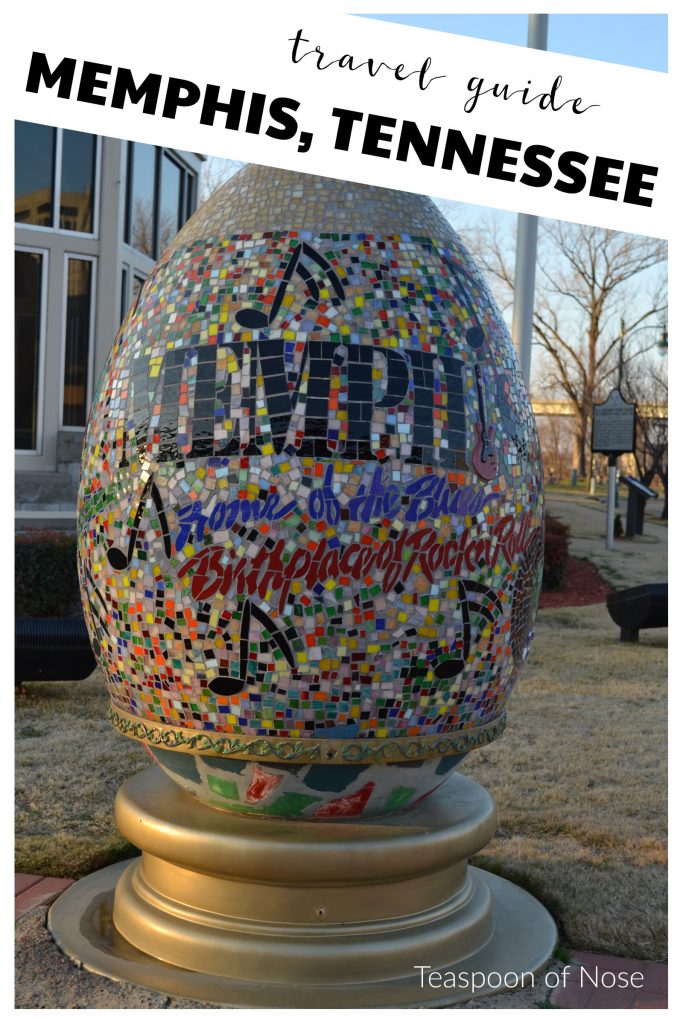 Logan and I took a road trip after Christmas as a celebratory close out to 2014. After heading west to see the Myrick clan, we just kept driving! First we spent a couple days in Nashville enjoying all they have to offer in terms of BBQ, hot chicken, and country music. Next we headed to Memphis to see some family and soak in as much blues and history as possible in 48 hours!

We drove in on a weekday morning, so our first stop was lunch. Beale Street is known for its nightlife, but since we were visiting family we knew we probably wouldn’t see much of it after dark and headed there first! We ducked into BB King’s Blues Club for some hot lunch and cool blues.

Even during a random weekday lunchtime, there was live music. We actually really enjoyed the laid-back feel of the place – there were as many locals as tourists in there! Maybe that’s a weekday thing. But I’d recommend going on a weekday if you want to see the place without partaking in its usual bacchanal vibe.  They say that during his lifetime BB King would occasionally stop by unannounced to perform or just hang out.

After lunch, we spent some time 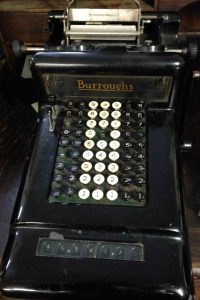 walking around Beale Street. While it’s pretty empty during the day, we did enjoy ducking into shops. Don’t miss A. Schwab – an old-school general store that runs the gamut of tourist souveniers, clothing, homemade foods & gifts, and a soda shoppe style lunch counter! Be sure to head upstairs and check out their museum. It’s got some cool history of the store and Beale Street in general, as well as some hilarious relics from former things sold there! From old farming equipment to the often questionable fashion choices of the past to the always hilarious advertising schemes, they have a little bit of everything up there. Worth a walk through. Elsewhere on Beale Street can be found a store that sells hand painted toilet seats. That’s it. Talk about a niche market. But if you’re ever in need of a toilet seat with a cat playing a saxophone on it, you know where to go.

From there we wanted to swing by a few more downtown icons. The Orpheum Theater was glitzy and glamorous even in the stark winter daylight. We spent half an hour in the Peabody Hotel lobby, soaking in the history that seemed to infuse every chandelier and banister. They even had a horse-drawn carriage out front! The vibe contrasted sharply with the crowds of people checking in: they felt more 1900 old south than 2014 polos and t-shirts. We missed the daily duck “march,” but did get to watch them splashing around in the fountain and the surrounding kids giggling delightedly at them. Those ducks have it made! Definitely a great people watching spot. 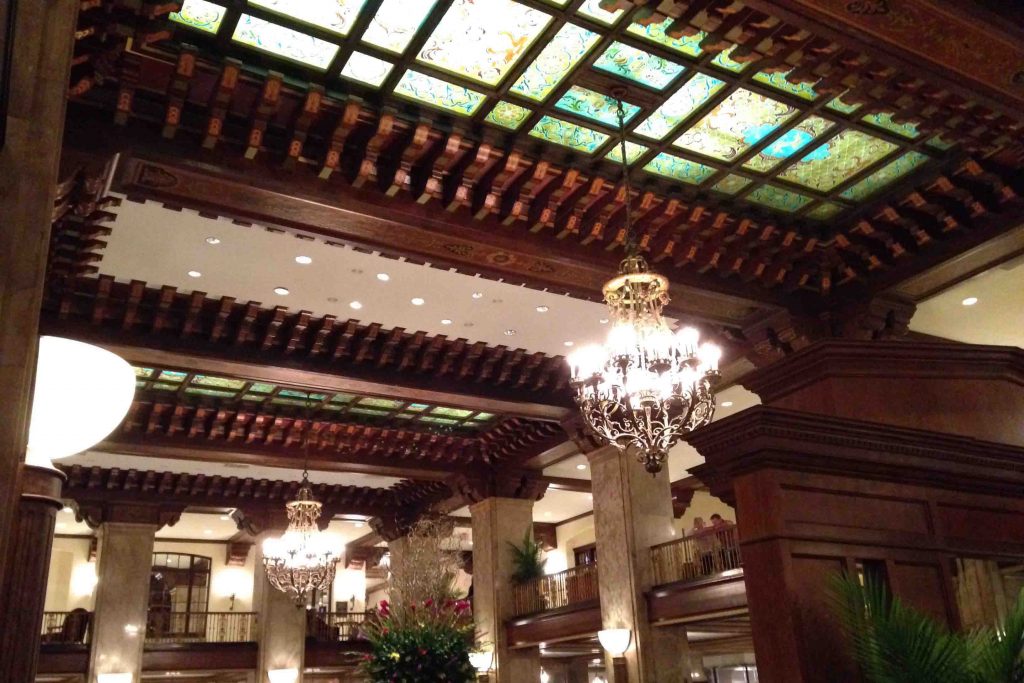 That evening we met up with some family who live in Memphis. We had planned to end our road trip with celebrating New Year’s Eve with them, and they were the perfect hosts for the final leg of our trip. Meaning: they had incredible restaurants picked out and lots of suggestions for fun in the area, but also moved at a relaxed pace. 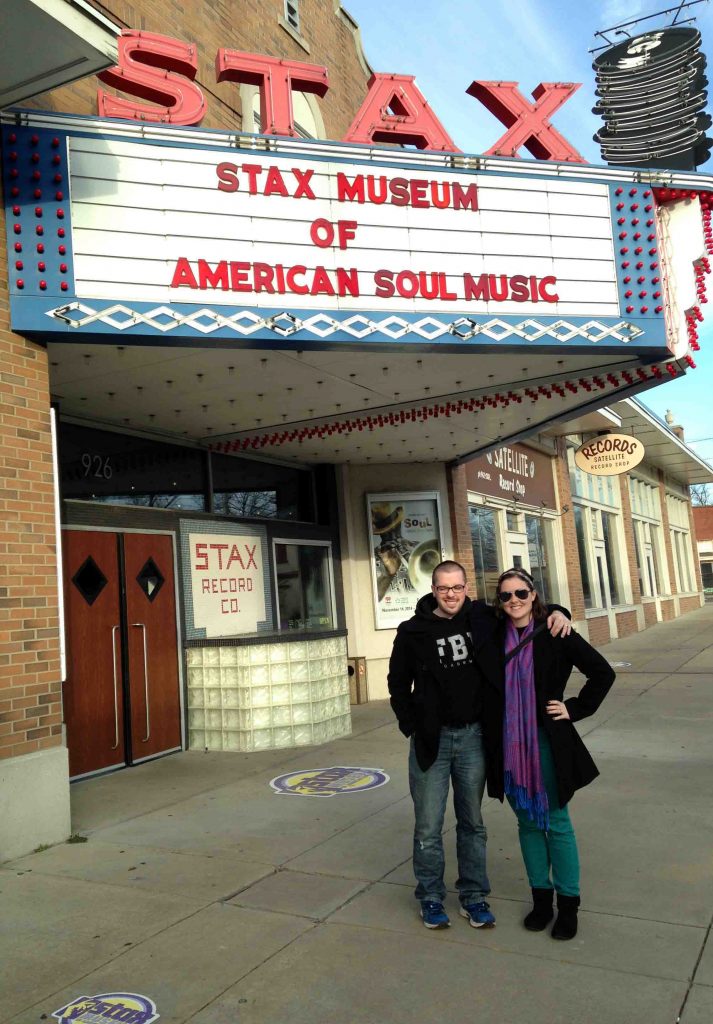 The main “event” the next day was spending the afternoon exploring Stax Museum of American Soul Music. I knew I wanted to check it out, but I wasn’t prepared for just how well done of a museum it would be! Set up in location of  the former recording studio,  it details the history and highlights of soul music. My favorite part was learning how ingrained Stax was in the history of Memphis and in the civil rights movement. The men and women involved in Stax Records were living our racial reconciliation way before the rest of the U.S. caught on, and making incredible music as they did it. The museum itself was set up in part to revitalize the neighborhood and runs Stax Music Academy next door for at-risk youth. If you only do one thing from this list, do this. 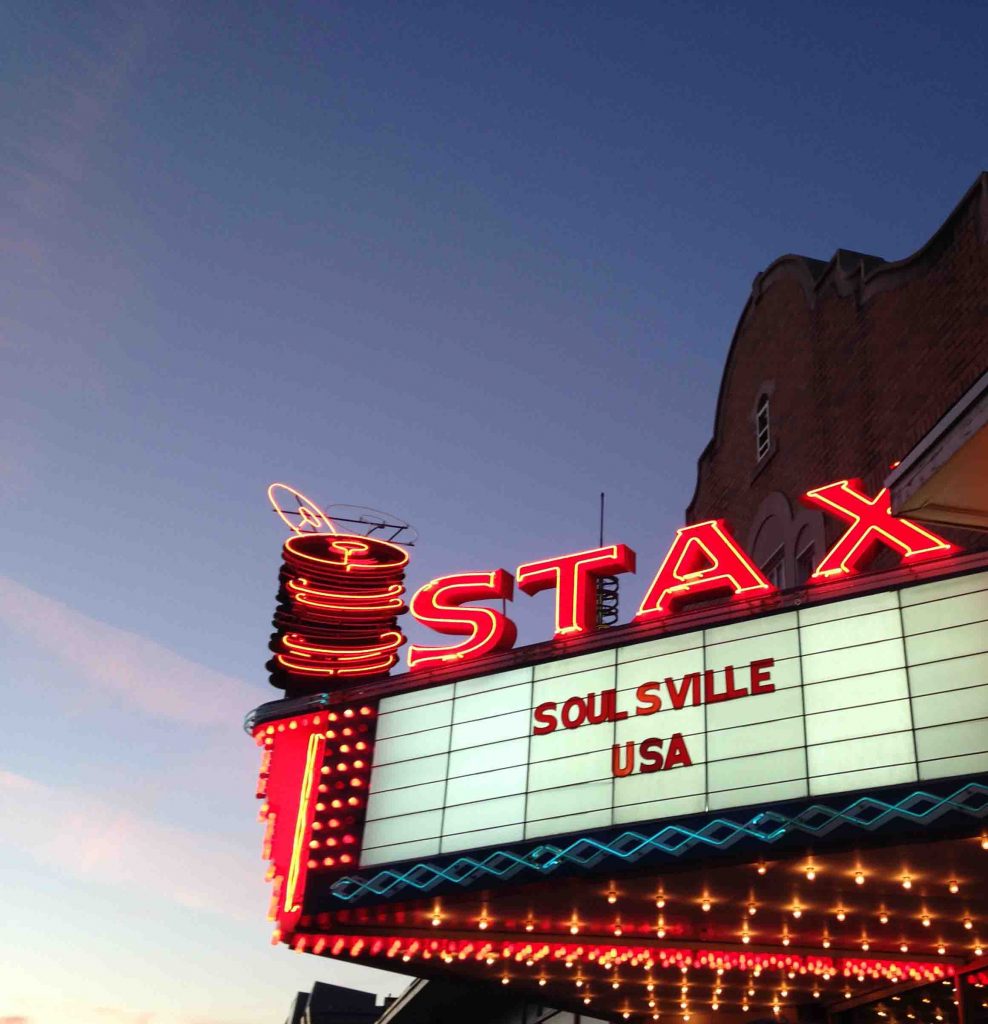 But what about food? Here’s the places we ate (and loved!): 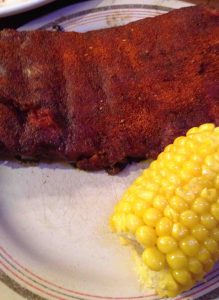 Corky’s is an absolute must-do. First of all: ribs. Dry rub, Memphis style rib. And served in such huge portions that no one leaves unsatisfied. My favorite sides were corn on the cob and baked apples. Sweet teas all around compliment the spice on the ribs. Ask for extra napkins and don’t miss the giant Corky mural made of bottle caps. Also, get a reservation or you’ll wait FOREVER.

Southern food at its best. Fried chicken – need I say more? Confession: we actually got takeout from here and ate at home, so I can’t comment on service or ambiance. But the food is absolutely worth it. Mac and cheese I would kill for, and really good potato salad too. They have several locations in the Memphis area. 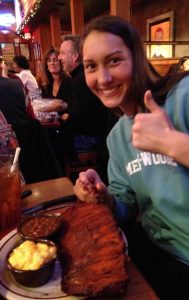 “Since you’re new, they’re going to throw a donut at you,” my uncle tells Logan as they park. Logan doesn’t know what to do with this comment. But sure enough, a donut flies through the air before he’s all the way through the door. He catches it through a cloud of powdered sugar. They’re all good, seriously. I’m a sucker for glazed (sugar over fried dough, what more do you want), but we all collectively went crazy over their maple bacon donut. Chocolate with sprinkles never disappoints either. Summary: powdered sugar everywhere, and I ate way too many to admit. Thanks Gibson’s!

It was way too short a time, both with family and to really soak in Memphis. We celebrated New Year’s with delicious homemade dinner by my aunt and lots of laughing over family stories, peppered with convincing my teenage cousin to come to UNC for college. (Spoiler alert: it’s working! Go Heels!)

Thoughts for next time:

The National Civil Rights Museum is by far my biggest regret that we missed. We’d planned to do it in addition to Stax, but it was closed that day.

Graceland? For whatever reason, the tacky opulence holds no draw for me, especially if they’re wanting me to pay $20 per ticket. So we skipped that. But some people love it, so whatever floats your boat.

That’s our Tennessee road trip! We had an awesome first time checking out Nashville and Memphis and we’re sure to return soon!

What are your favorite parts of Memphis?

1 thought on “How to spend a weekend in Memphis, Tennessee”