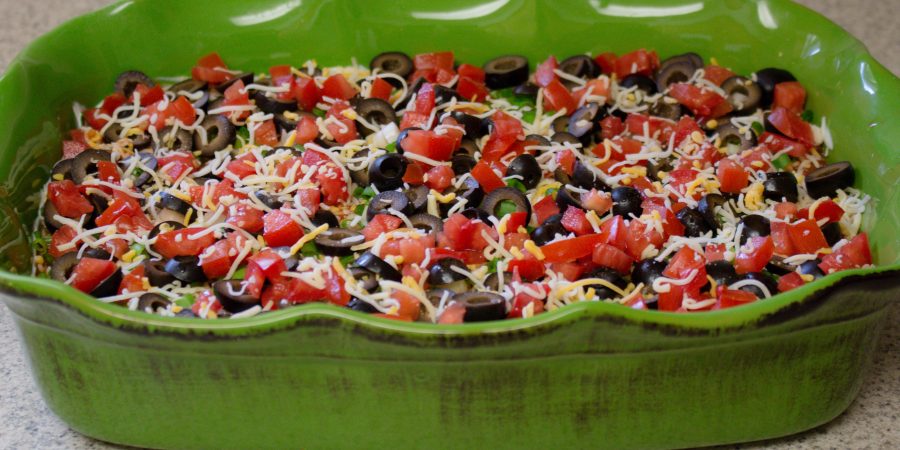 Today I’m sharing an easy party dish, perfect for a potluck, cook out, or tailgate! Mexican seven layer dip is a universal favorite, plus it’s easy to make and actually tastes better if you make it the day before. Don’t forget the chips! 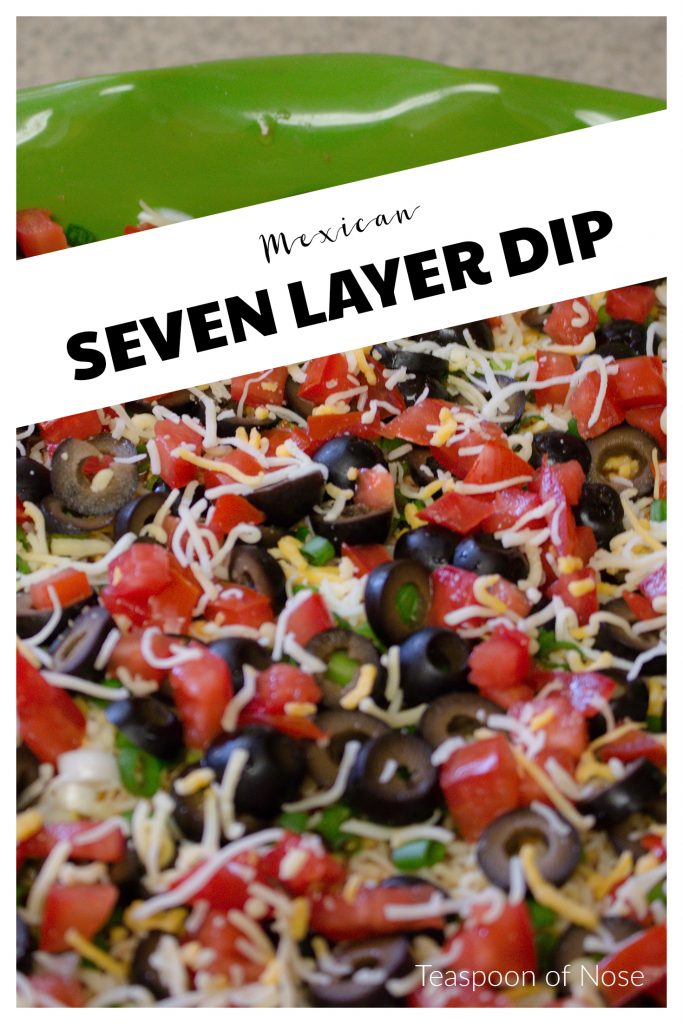 I can admit that mexican seven layer dip isn’t the most inspired thing to bring to a party. But every time I do, it gets destroyed. I made a massive dish of it recently for only eight of us, and less than a third of it came home with me! It’s straight up irresistible. 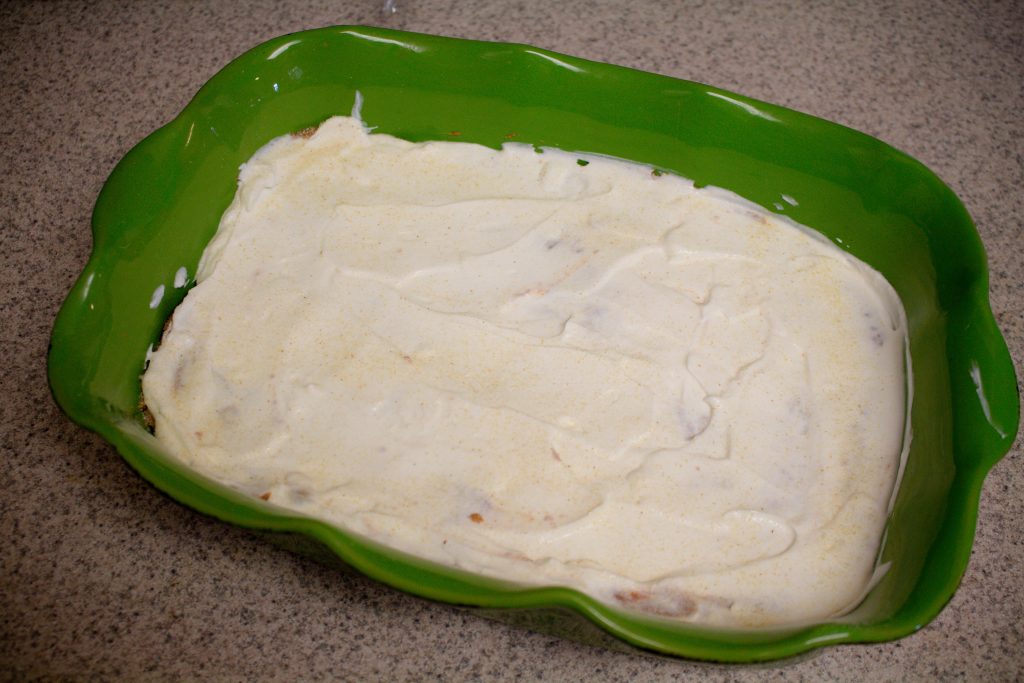 To start: stir together refried beans and taco season, then layer into a 9×13 pan. Top with a layer of sour cream, and liberally sprinkle onion powder and garlic powder over that. 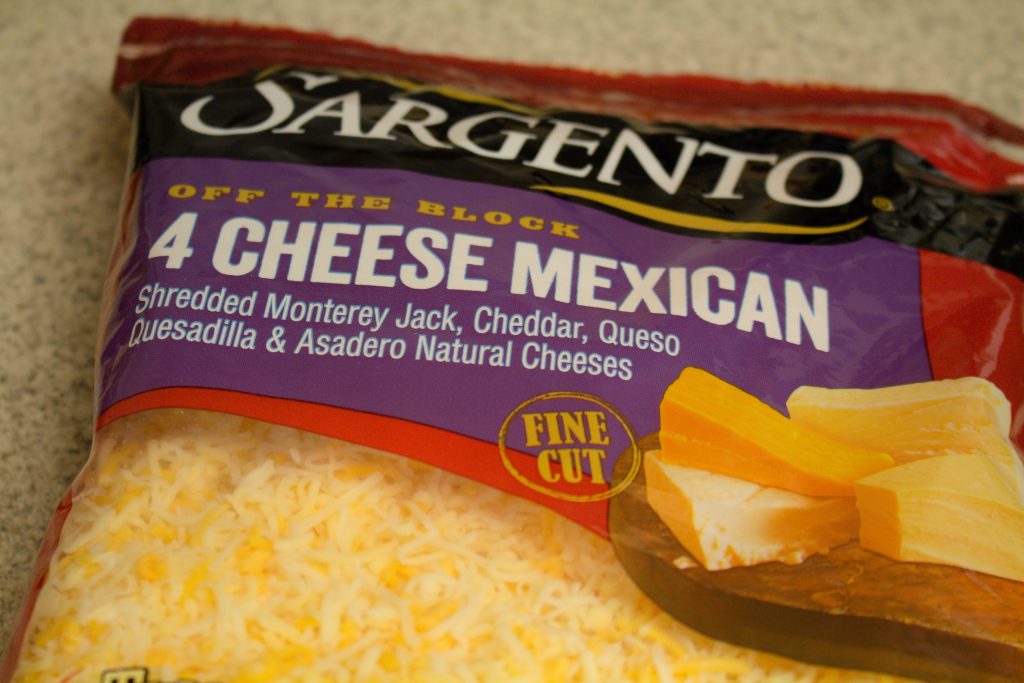 Next, add a thick layer of cheese. Can we talk about how stinking good this cheese is?!? I just discovered it and it’s the best pre-shredded cheese I’ve ever had. YUM. 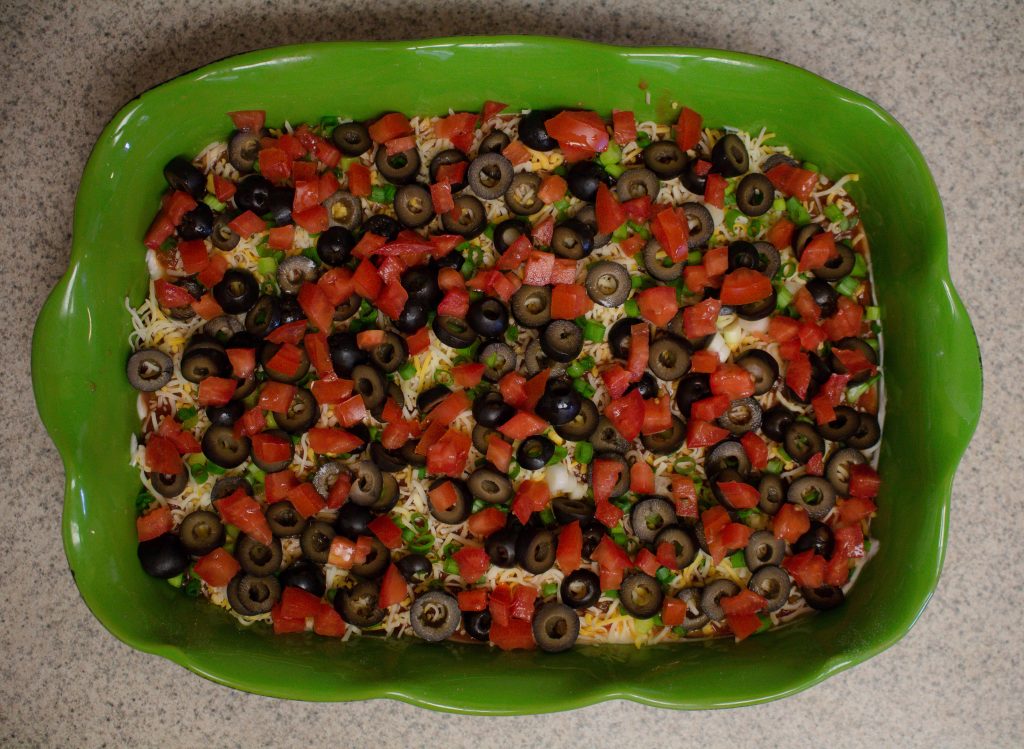 Slice or chop your vegetables and layer them next! 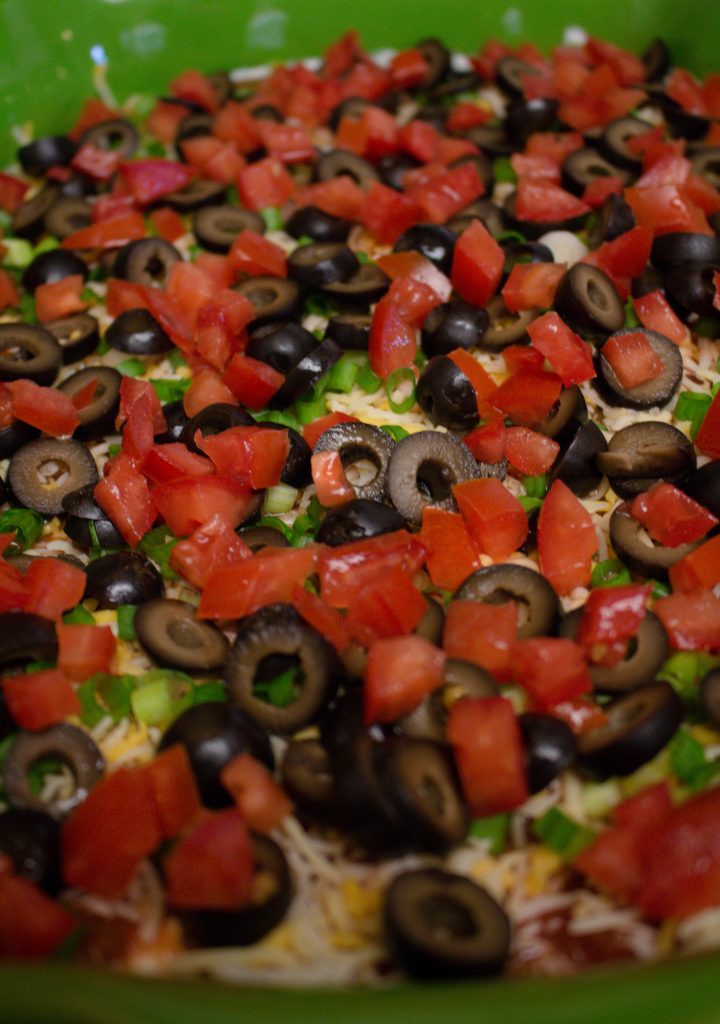 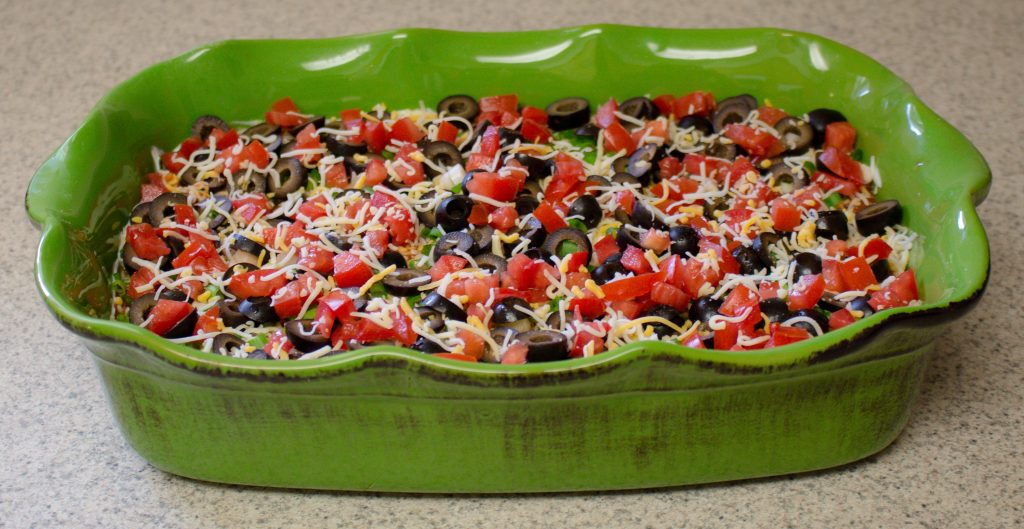 Top with another layer of cheese, and you’re done!

This is the kind of recipe that you can customize to your preferences. Use less sour cream if you want a thinner layer, or just one can of beans if you don’t want a major base. Like most of the best food, it ebbs and flows to fit your tastes.

Confession: I don’t usually put guacamole on my seven layer dip. Mostly because I’m so obsessed with guacamole that I don’t want to diminish it by mixing it into anything else. I’d rather alternate bites of seven layer dip with bites of pure guac. But if you want to add it, throw it on top of the sour cream layer. 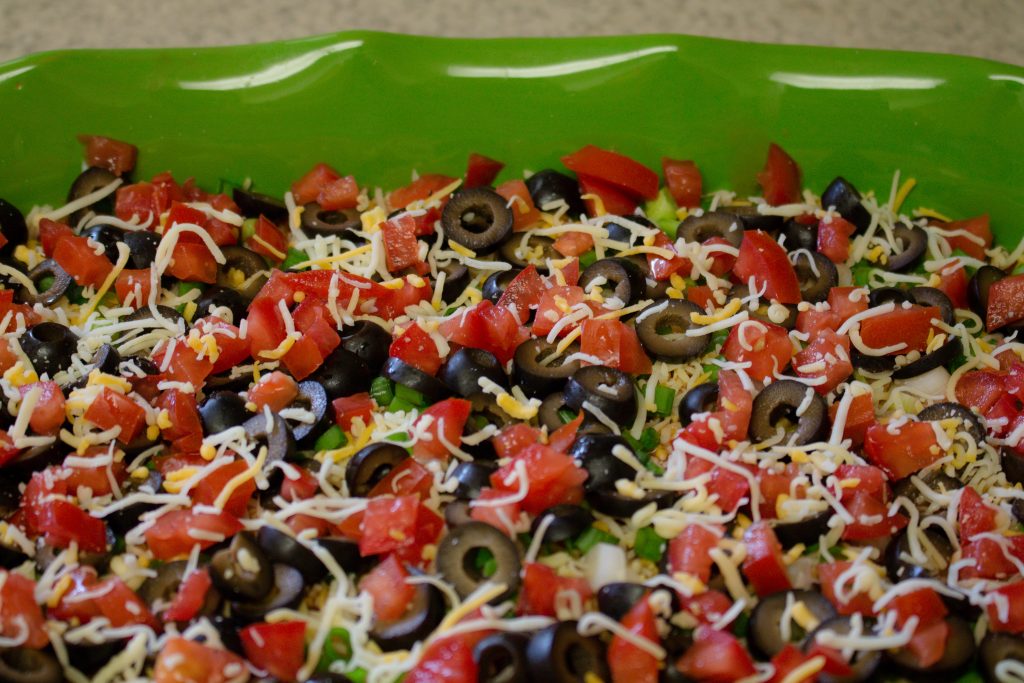 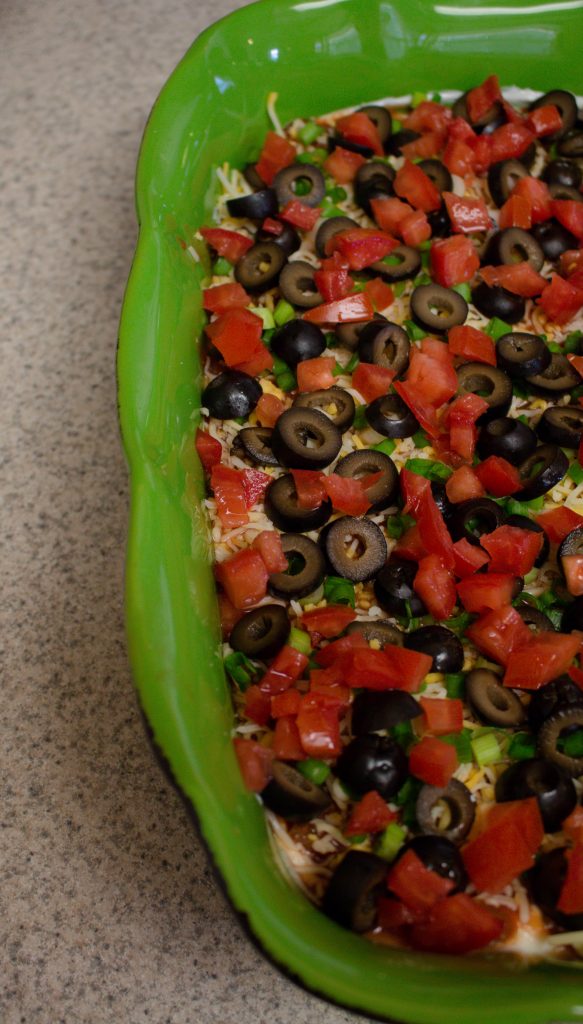 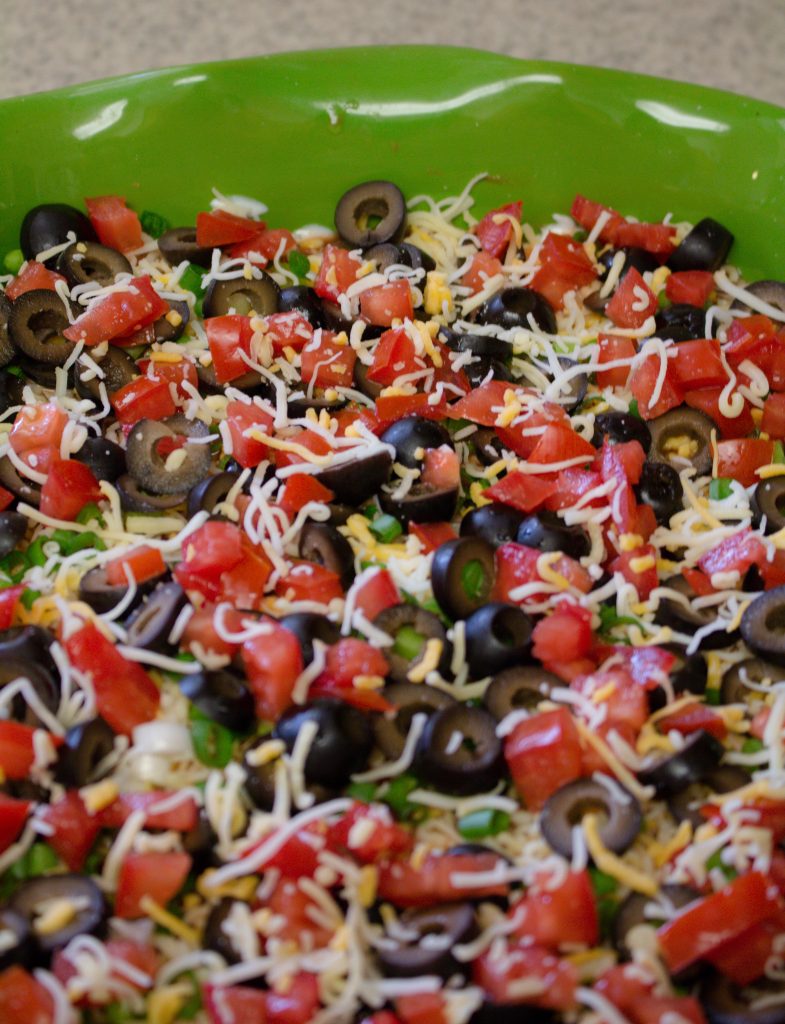 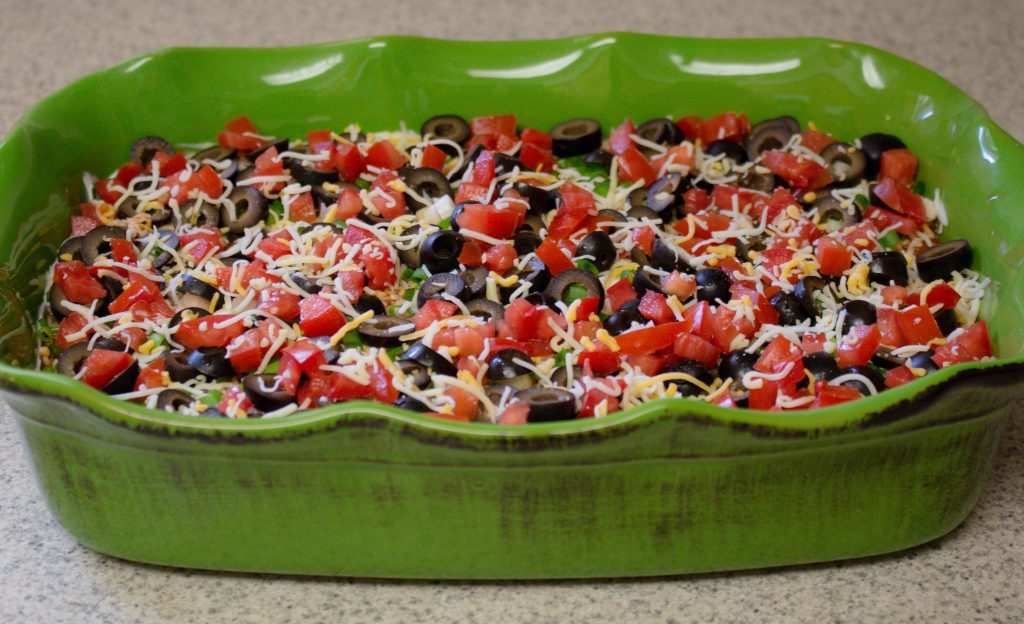 Enjoy! Now that football season is nearly here, what are your favorite tailgate foods?