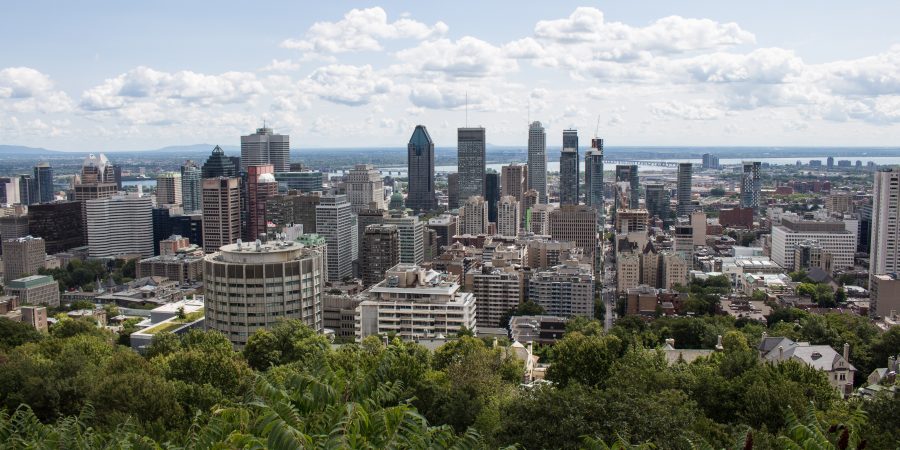 No visit to Montreal is complete with a hike up Mount Royal! 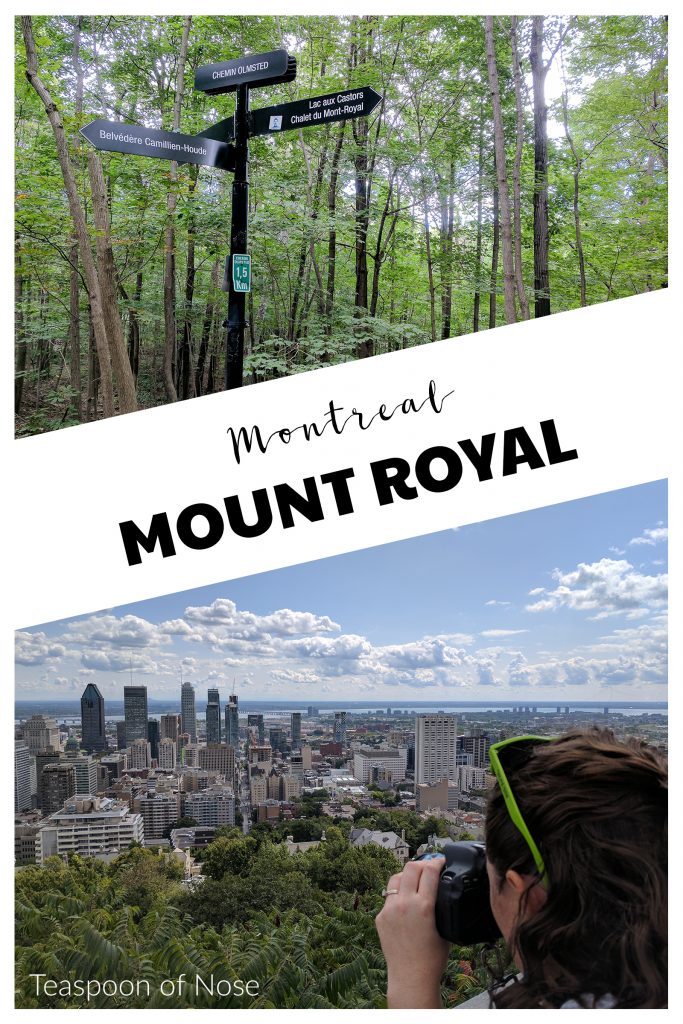 This post is part two of a series on visiting Montreal. For more, check out historic Old Port! 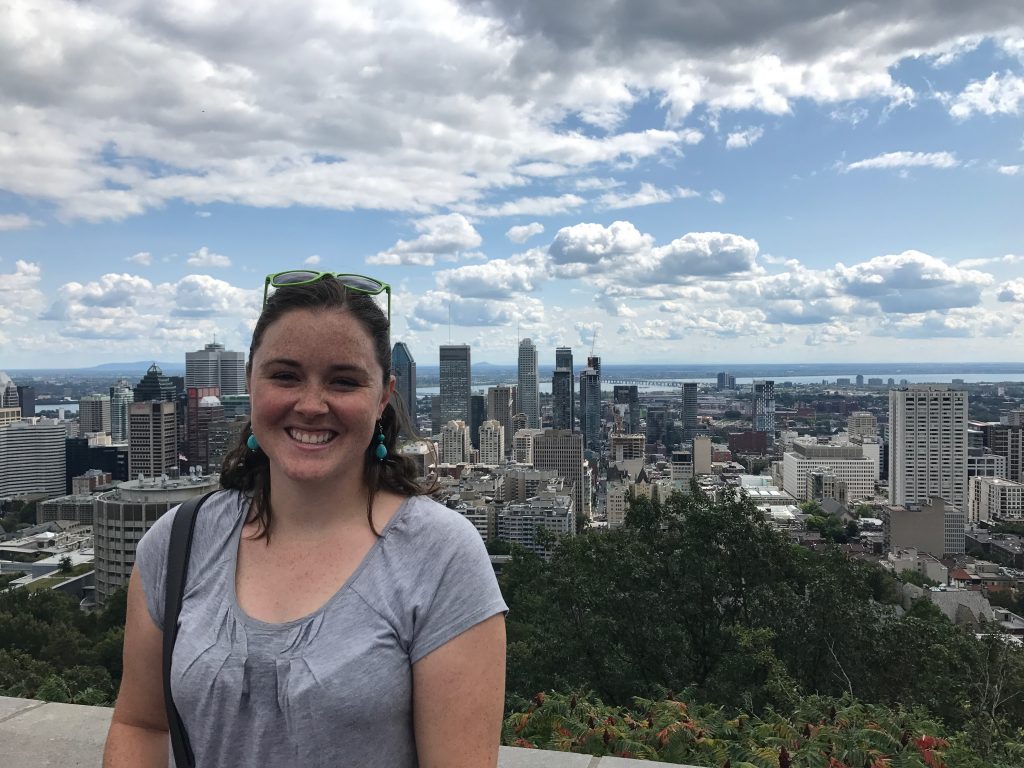 Mount Royal is most likely how Montreal got its modern name. The area had several Native American names before French settlers used Ville Marie, but at some point the name got changed, possibly by someone misreading a map and substituting the mountain for the city name.

I love it when major cities have nature close by; bonus points if it’s walking distance. Edinburgh has this in spades, and so does Sydney.

McGill University backs up to Mount Royal, giving the campus the advantages of an urban university with tons of green space. Elyse’s first year dorm window looked out on the forest! 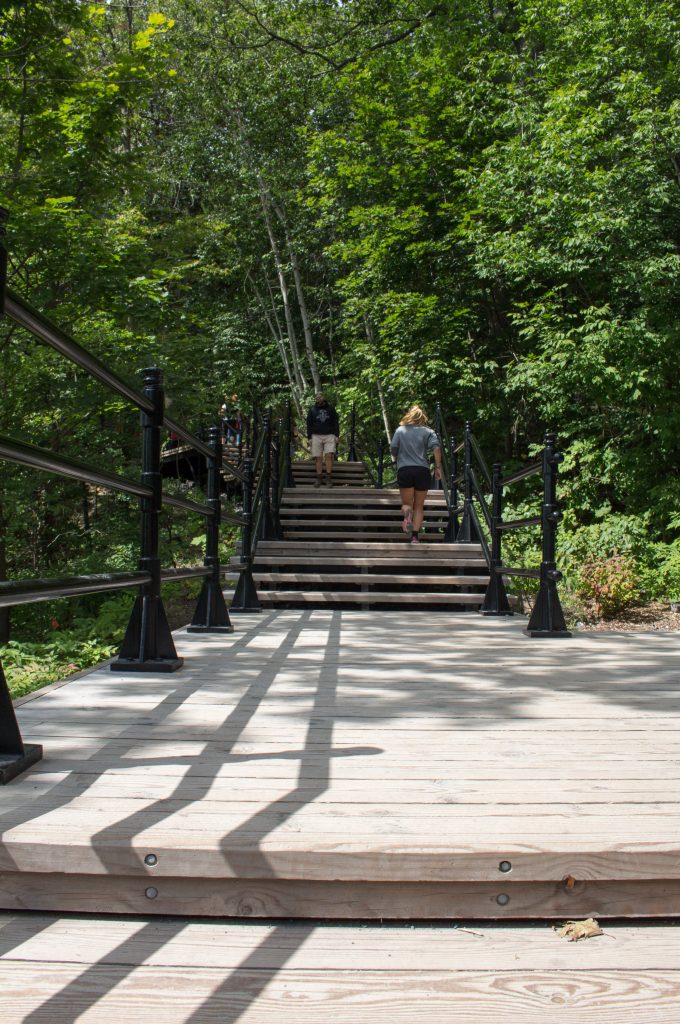 There are several trails up Mount Royal. The main one is paved and wide enough for cars, although I didn’t see any our entire time. Others are steeper, but still have steps built-in. None of these trails require roughing it, so anyone could make this hike work!

After a 20 minute walk up the steps, we made it to Mount Royal Park! The views were crowded but not choked on a late-summer Saturday, so it wasn’t hard to snag a spot to take in overlook. 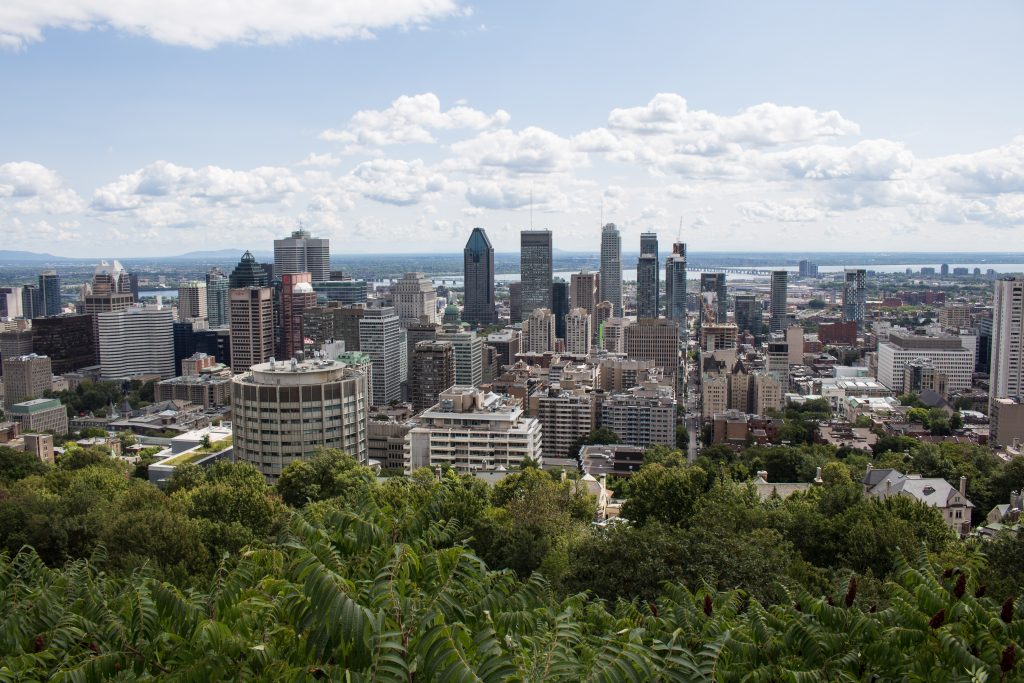 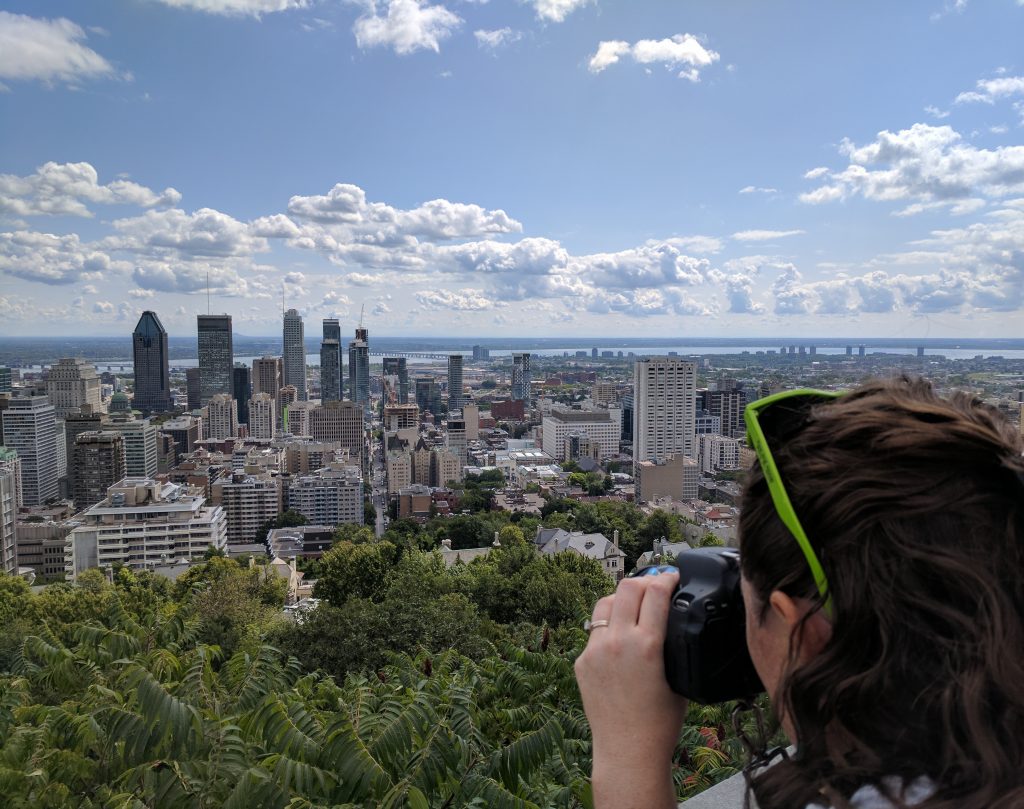 The view of the city and the river is definitely work the walk! I always love city overlooks to help me get oriented in the city. Somehow seeing the landmarks in relation to each other helps me get my bearings internal way more than a map.

It’s a beautiful spot for pictures. A friend took his girlfriend up here to propose less than a month before I visited. (She said yes!) There’s also a large building that hosts events from time to time. It looks like a chalet, and the inside is worth checking out to see the architecture. 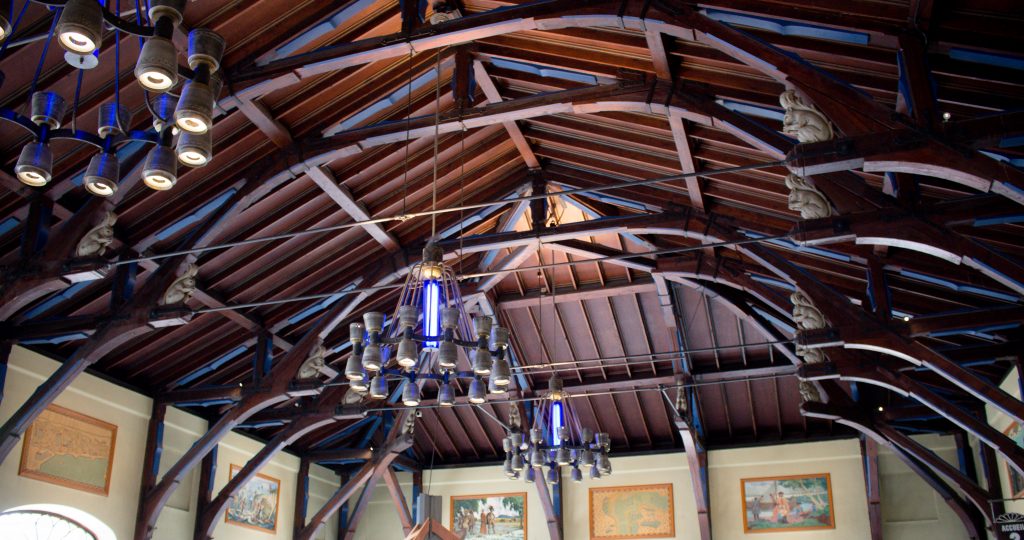 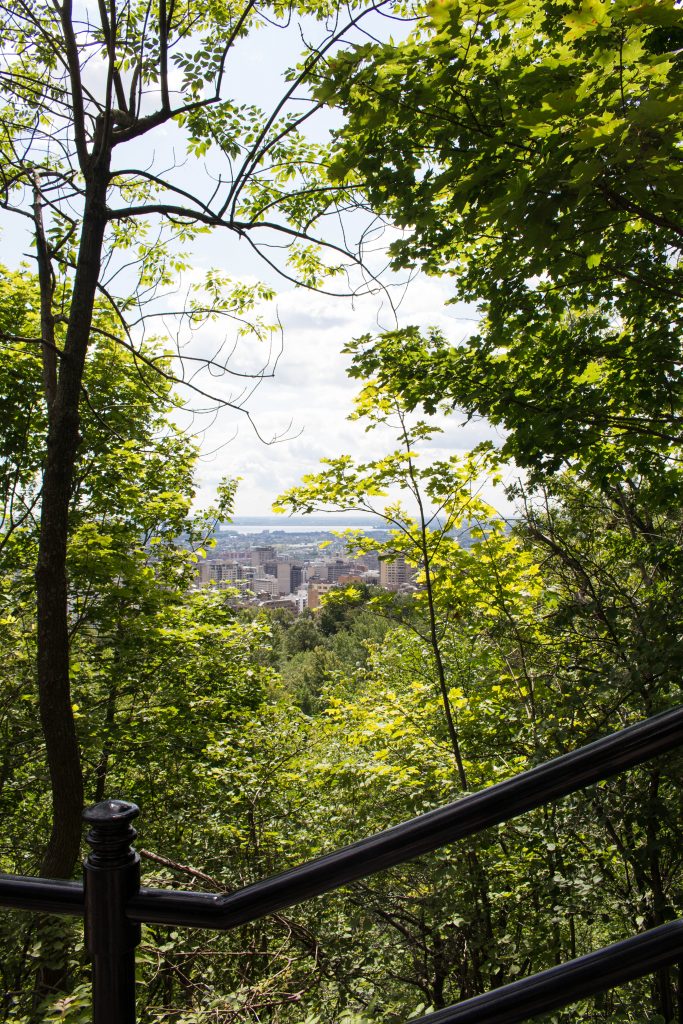 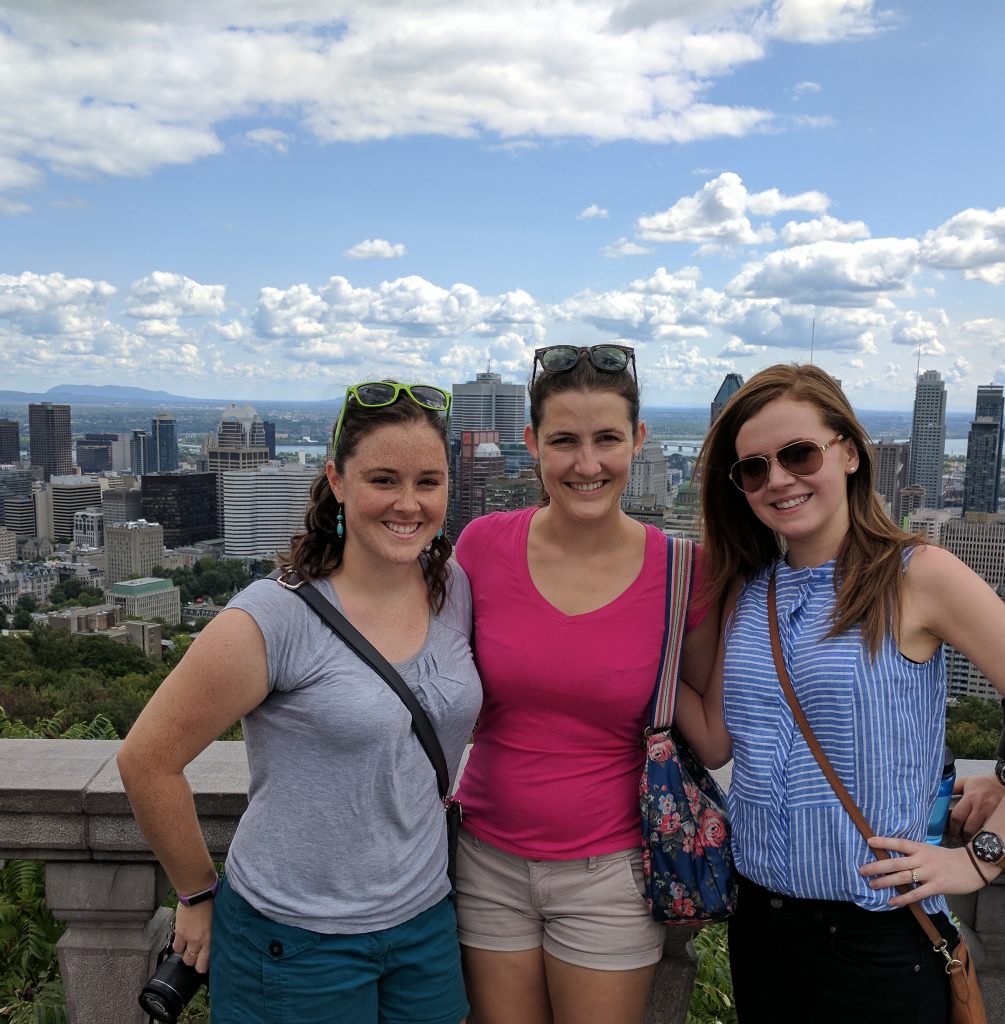 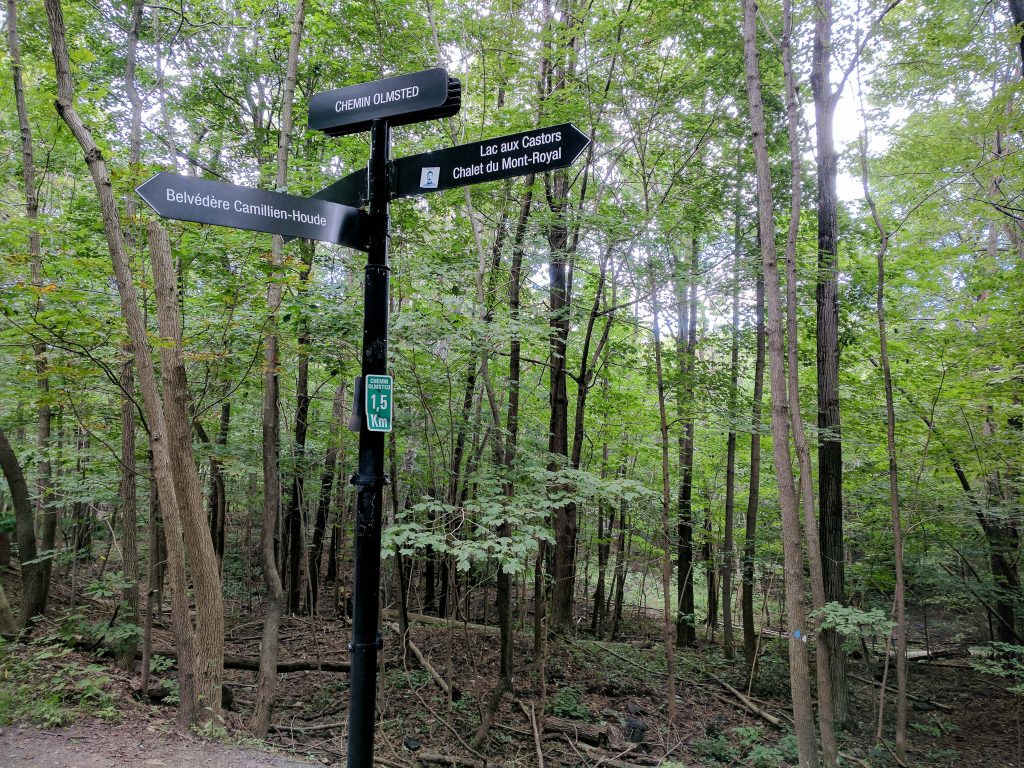 Having taken all our photos and pieced together everywhere we wanted to visit, we made our way back down on the main paved path. It’s slightly longer but is less steep if you’d prefer a more leisurely walk. The forest is lush and beautiful, perfect for a quiet walk or a run in the shade!

I loved our morning exploring Mount Royal! Getting to explore both a big city and get some nature in made Montreal the perfect getaway!

Where have you visited with both city and nature? Leave it in the comments below so I can add it to my list!!

This post is one of a series on visiting Montreal. You can also see Old Port and check back next week for more! 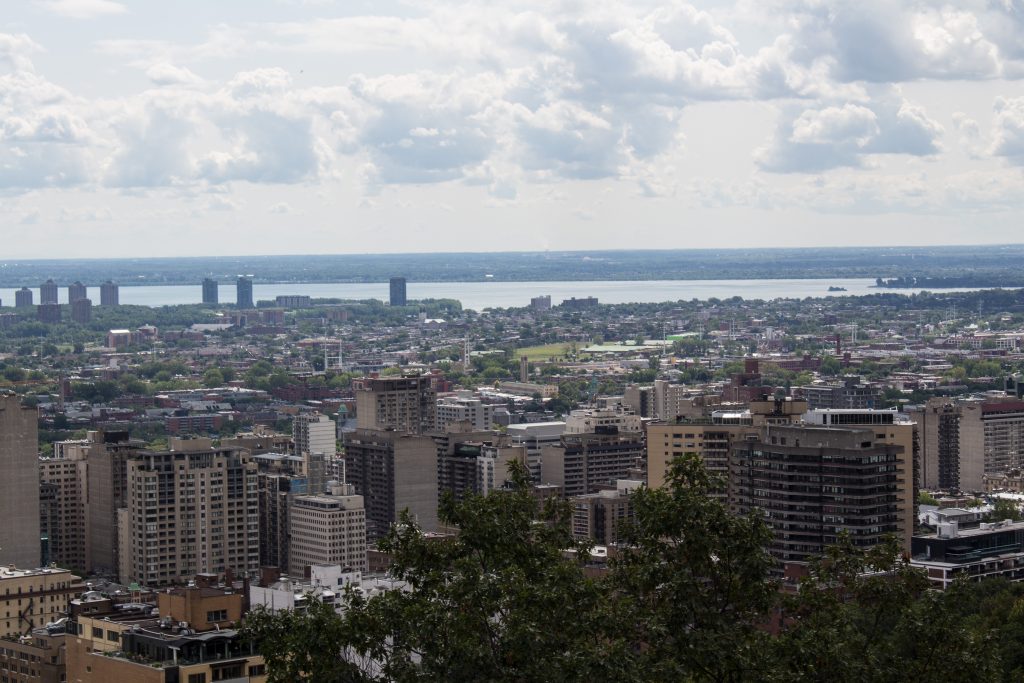