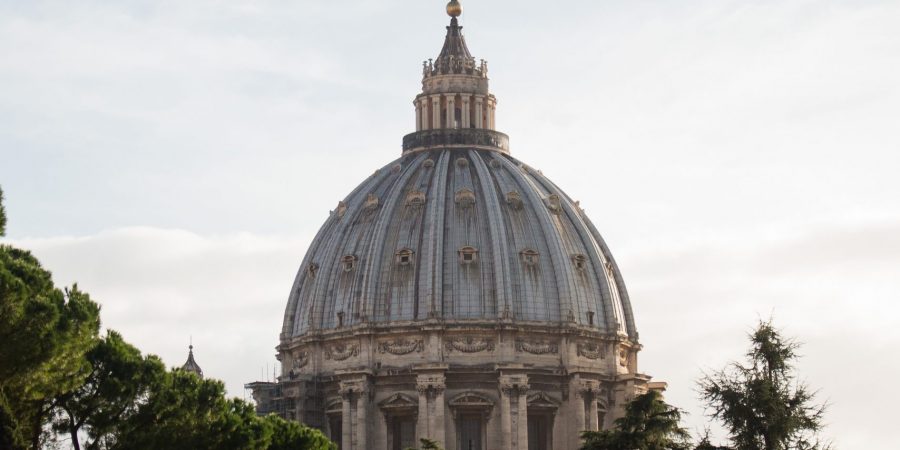 If Vatican City is the highlight of your Rome trip, you should consider planning your time around it and staying in nearby Prati!

Rome is one of my favorite cities in the world. There’s history on every street and art on every corner. There’s more to see here every time you visit, and I don’t think I’ll ever get tired of it.

One of the top things to do in Rome is to see the Vatican! The world’s smallest country takes at least most of one day in any Rome itinerary, so I always tell people to set aside serious time to see it. But if seeing Vatican City is your top priority, you should consider staying closer instead of some of the more typical tourist locations. This is especially true if you want to attend a papal audience – more time sleeping and less time in transit!

The neighborhood of Rome behind Vatican City is Prati. It gives a much more local taste of the city, and it doesn’t hurt that it’s way less crowded and less expensive too!

So if you want to spend serious time in Vatican City, here’s what you should know!

We found an adorable Airbnb about 10-12 minutes’ walk from Vatican City’s museum entrance. I really liked the short walk, because it meant we were away from the touristy edge of the Vatican. There are several good looking options in Prati – ours was in an apartment complex and had a view of the top of St. Peter’s Basilica from the balcony!

I’ve been to the Vatican Museum before and loved it. It’s in the same vein as the Louvre: a glorious never-ending parade of art covering most ages, but particularly focused on Italian art. Room after room of gorgeous art displayed and built right into the building.

This visit we opted for a guided tour with Maximus Tours. Going in the offseason meant we had a group of only seven guests, perfect for asking all the questions we wanted and drawing the connections between different pieces and what’s truly considered a masterwork versus a cool piece that made it into the museum. Our guide Cris did an amazing job of pointing out the pieces that specifically influenced Michaelangelo’s painting of the Sistine Chapel, which was his first foray into painting and blew the world away with his unexpected talent.

We saw elegant sculptures, ancient mosaic floors, master paintings, and classical works with lots of Easter egg-style characters – again, thanks to our guide Cris for identifying these to us. One of the things I love about the Vatican Museum is that the rooms are often as much works of art as the pieces they house. My favorite room is the map room, which is part of a massive series of hallways connecting the “summer” palace from the “winter” palace. They’re only a few hundred yards apart, so the terminology makes me laugh. Regardless, the map room of the connecting hallway is often voted the second most popular room after the Sistine Chapel.

Another amazing part about having a guide: she can fill in the gaps in the history that naturally occur if you don’t do proper research before. For example, I learned that this is the first time there are two living popes that aren’t battling it out (as happened during the late 14th century). Additionally, the current pope eschewed the palatial papal apartments for a more modest apartment, the first in history to do it.

The only downside to a guided tour is that you have a limited time in the Vatican Museum – you leave the museum side with the guide to head to St. Peter’s Basilica, but you can’t return with your ticket. That’s my only negative feedback, but that would happen with any guided tour, not just the company we chose. So if you’re an art historian yourself you may want to detach yourself before leaving the building. But having done the self-guided tour previously, you definitely get to see all the highlights with way more explanation and context than you get from the audioguide or simply reading the signs along the way.

After exploring the Vatican Museum, the tour continued into St. Peter’s Basilica. The tour added slightly less value here, only because much of the history detailed in the church itself I knew from my faith. But Cris also was quick to point out the most significant art and history built into the building that as a protestant Christian I would’ve have noticed right off the bat.

Words can’t describe how gorgeous and ornate the basilica is. The building is so towering that you lose track of how big it is. For example, the letters circling the main dome over the altar look no more than a foot tall from that distance but are actually over 10 feet tall.

One thing many people miss is exploring the crypt under the basilica! It’s free to see, but somewhat out of the way and many people don’t see the entrance. To find it, head straight toward the massive bronze altar in the front center, you can’t miss it – coincidentally, it’s placed directly on top of where the martyred St. Peter is believed to be buried, which was what determined the location of the basilica nearly 2000 years ago. When you’re in front of it, look back over your left shoulder to the massive column, and there should be a doorway – unassuming but open to the public. It leads into the crypt under the basilica, where over 150 popes are buried. It’s fascinating and definitely worth the ten minutes it takes to explore.

Overall? My suggestion is to base it on your level of art interest. If you want to study each sculpture, opt for the audio tour and move at your own pace. If you want an in-depth highlights tour done by an art historian, do the tour. She won’t steer you wrong to see Vatican City properly.

Y’all, if you want a traditional Italian meal then you absolutely HAVE to go here. It’s one of those spots that’s so unassuming when you walk in, you may question eating here. But trust me, the number of locals here back up their offerings as legit.

Much like Trattoria der Pallaro, it’s simple, excellent food. Dino & Tony are the waiter and chef, and they essentially run the place themselves with a teenage dishwasher. They serve mostly Roman food with some southern Italian influences.

As with all the most authentic spots in Italy, a written menu isn’t guaranteed here. If you really want one, you can push for one. But my advice is to follow the staff suggestions. Start with the mixed antipasti, a glorious three-plate offering of salami, prosciutto, fried goodies, a calzone,  and an entire pizza with three different sets of toppings. THIS IS JUST THE APPETIZER, FOLKS. Like I said, you’ll get what you need.

After that spread, we meekly asked for the “small” portions for pasta for the table. Two bowls of pasta appeared within five minutes – carbonara and amatriciana, the local Roman specialties.

When we confessed that we couldn’t possibly eat another bite, the waiter brings us tiramisu – “just one!” he argued. I love Italy, folks. You can’t possibly leave without dessert.

This entire feast, including wine, left three people stuffed to the gills and ran us less than 75€. This is why it’s so great to get off the beaten path, folks!

I had two locals recommend La Fiorentina (“the Florentine”) to us, so we headed there as soon as we dropped our bags. With an extensive menu and a nearly 100% local professionals clientele, we knew we’d found a perfect lunch spot.

Carbonara, which is possibly my favorite pasta dish in the world, is a Roman dish. So you better believe that one of us ordered it at nearly every meal. When in Rome, right?? This place had my favorite carbonara. It’s rich and silky smooth without being too heavy, and I could’ve eaten just this dish my entire time in Rome and not been bored!

La Fiorentina also has a host of other pizza, pasta and even salad options. Salads aren’t a huge thing in Itlay, so this is something to note if you crave veggies.

In summary: excellent food, loved by locals, and easy location for the Vatican even if you’re not staying in the Prati neighborhood.

Vatican City is a unique country in more ways than one, and it’s worth prioritizing in your trip to Rome. If you want a more local experience that also puts you close, try staying in Prati!

If you want more insider tips for your next trip to Italy, get in touch! I’m beginning to offer travel consultant service to a select few, and I’d love to chat to see if I can help you! Fill out the form below and I’ll be in touch.

4 thoughts on “The Best Way to See Vatican City”