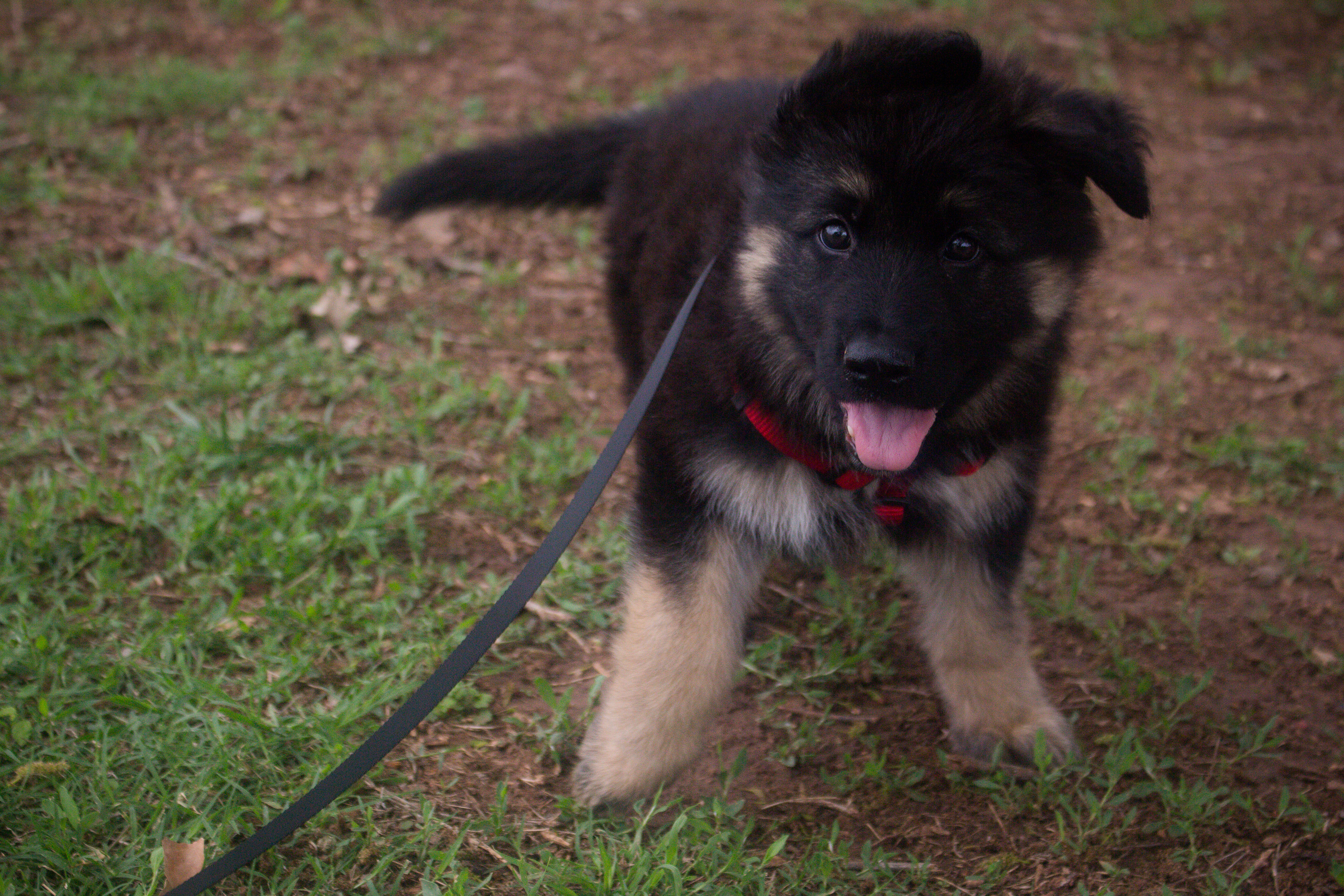 If you follow me on Instagram, you may have noticed our newest addition to the family! We got a puppy!! He’s a German Shepherd mix and we got him when he was eight weeks old. We wanted to get a young puppy that we could do all the training, and he is so stinkin’ cute that we fell in love immediately.

Yes, he’s named after a Star Wars character. Yes, I’m a nerd and Logan is the best ever for letting me name him Wedge.

I told my parents the name we picked out, and my dad says, “Wow, Emma, that’s pretty obscure. Are you sure?”

Oh Dad. I picked a name from the original trilogy. He’s even in all three of them. I could have gone so much deeper down that rabbit hole.

Here are a few observations from my first few days with Wedge:

We love him. I knew we would, but it’s been even more fun than I thought! He’s sweet and full of personality, but also pretty relaxed in terms of energy level.

I’m sure I’ll be overwhelming my social media feeds with more shots of him in the coming days and weeks. I hope you like puppy pictures, because here they come!!

5 thoughts on “Our newest addition: Wedge!”