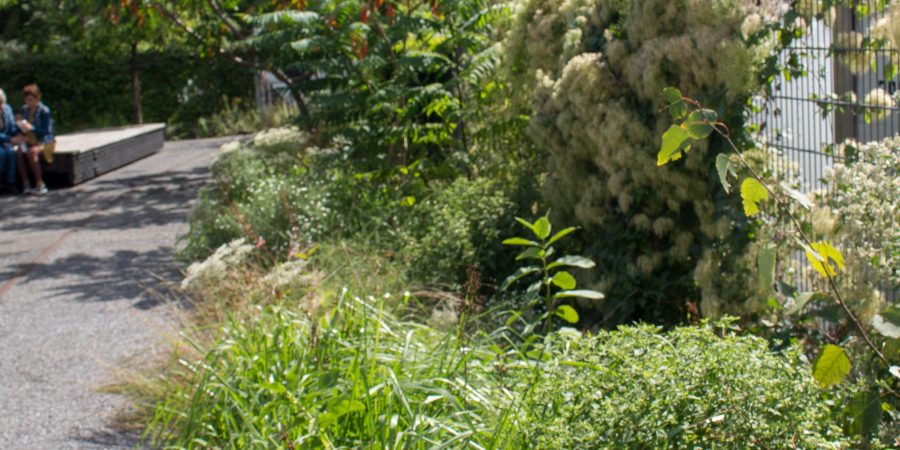 New York City has more to it than you can possibly see in one trip. But if you’re looking for a more “local” feel for NYC, you should 100% check out the West Village!

Why you should stay in New York City’s West Village

I’ll be honest: the reason we initially decided to stay in the West Village/Chelsea area wasn’t for its charm or advantages. It was because I found a crazy good deal on a hotel.

The Jane Hotel offers an unusual spin on a traditional hotel. The rooms are designed like a train sleeper car, so they’re only about 50 square feet. That’s enough space for just the essentials: bunk beds and a walkway/spot for your bag to sit. I think the tiny room thing is perfect because in a city like New York City I’m not looking to hang out in my hotel room very much. I mostly need a space to sleep and stash my bag.

That being said, don’t be surprised that the bathrooms are communal. But they were always clean, fellow guests were nice, and over 4 nights we only had to wait (for 5 minutes) on a shower once.

For those used to the little luxuries in a hotel, this may not be the best fit. Think of it as nicer than a hostel, and possibly the cheapest [non-sketch] private room you’ll find in New York! But for $125 a night when we booked, I loved it and would definitely stay again.

A surprising thing we loved about staying in the West Village was its decidedly un-touristy feel. Locals walked to work or dinner, people pushed strollers along the sidewalks and walked dogs to nearby parks. Restaurants filled with locals rather than tourists. The streets we walked were normal homes rather than massive hotels, and the shops were full of personality rather than blaring music.

On Saturday morning, we checked out the local farmers market in Abingdon Square Park. If you ever want to get a feel for a place, go to the farmer’s market. The chance to see locals, overhear friends catching up, and watch kids playing give such a telling look into a place. Plus, you’re pretty much guaranteed to get some great baked goods.

If I’m going to buy something in New York as a souvenir, it’s not going to be from American Eagle or even Macy’s – I can get that online or in one of a million malls. I want something local, where I can at least get something I wouldn’t find in Target. So the Chelsea Market was perfect: full of cute shops and tiny restaurants that begged to be explored. There was a pop-up running the weekend we visited, full of jewelry and headbands and t-shirts. My favorite was the guy who used old records to make art: cutting the skyline into it for a striking art piece sure to remind you of your trip to NYC!

Don’t get me wrong, though, there’s still a ton of traveler-worthy sites to see over in the West Village! My favorite was the High Line, which is a former railway line turned garden walking trail.

After dropping our bags at the hotel, we headed straight for it. The High Line is a great way to get acquainted with the city – an overview, not to be too punny. It’s a beautiful green contrast to the surrounding streets & skyscrapers. It’s not a long walk, and gets you from 14th to 34th streets without having to stop at traffic lights, giving you the perfect excuse to get some greenery into your city trip!

The Whitney Museum calls the West Village home too, only two blocks from our hotel. It’s an art museum that focuses on American art, and it’s one of those museums that tourists may not see on their first NYC visit but is definitely worth an afternoon. It also holds evening events pretty regularly if that’s more your scene!

As part of Greenwich Village, you’re not far from Washington Square Park and much of NYU’s campus. It’s cool to walk the campus, picturing what life would’ve been like if I opted for a city university.

From the West Village, you can easily walk to other fun areas like SoHo and Chinatown. We spent a whole day wandering the side streets of these areas, taking in the sights!

An unexpected favorite stop was at Harney & Sons. I expected it to hold expensive (read: overpriced) teas and for the staff to turn up their noses at our browsing, but the staff was friendly and offered samples and suggestions before we looked as if we’d buy anything. Plus, the teas were all reasonably priced and they also sold tons of cute mugs and teapots! The only reason we didn’t bring home 17 teapots was suitcase limitations. Next time?

Further south, Chinatown and Little Italy intertwine block by block. Our big dilemma was whether we wanted dumplings or pasta for lunch! We decided on Chinatown for lunch and Little Italy for dessert, a decision which I highly recommend. But you’ll have to stay tuned for restaurant recommendations – that deserves its own post!

You could easily spend a week in the West Village without heading to the more touristy parts of New York! I loved the area and would definitely come back – both to the West Village and The Jane.

If you’re looking for more tips on New York City, try 12 Hours in NYC! Soon, I’ll share some of my favorite Midtown classics and some great restaurant suggestions!