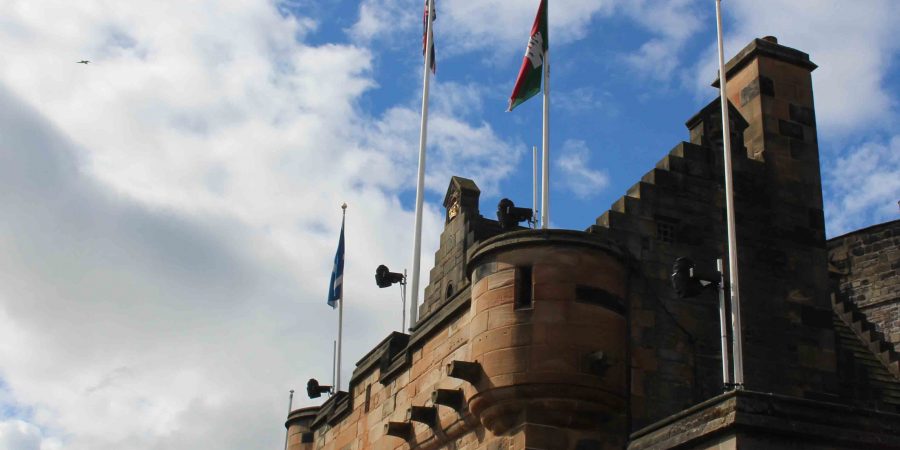 If you only have a little time in Edinburgh, there’s a few things you MUST see. Let’s get started! 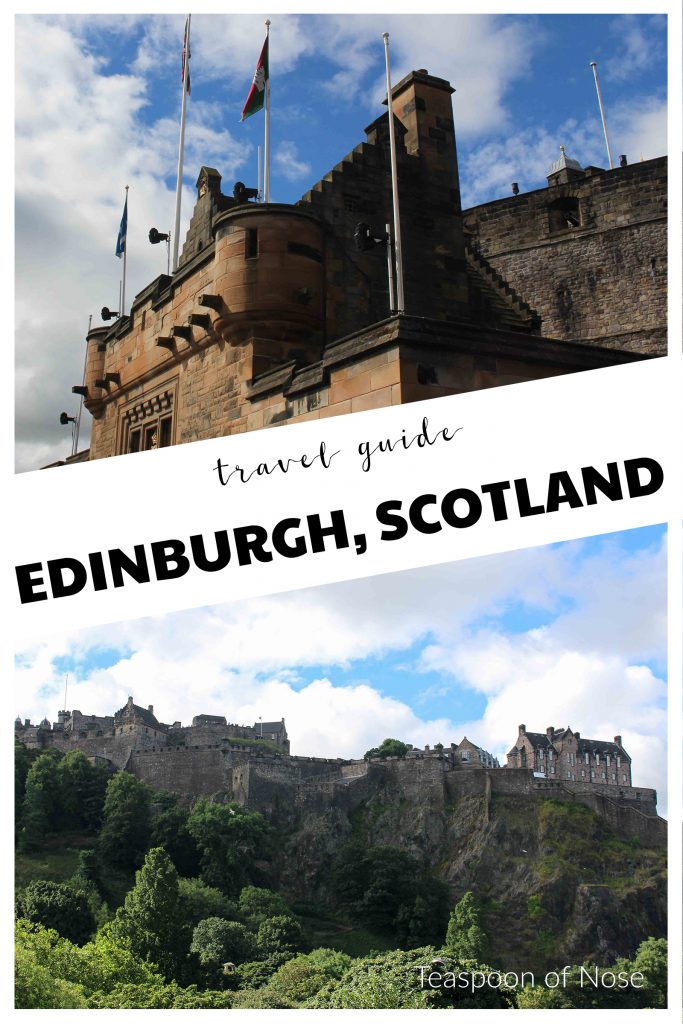 Since our trip was my husband’s first time in Europe, I was excited to take him everywhere. But if there was one city I was most excited to show him, it was Edinburgh, Scotland.

The United Kingdom has so much to offer, but summertime in Edinburgh may be the best of all worlds. Here’s a few of my favorite things we saw & did in our time here!

My favorite thing in Edinburgh by far is Edinburgh Castle. Call me obvious, but it offers something for everyone. Whether your thing is history, military, art or landscapes, it’s absolutely captivating. That kind of range is rare in one attraction!

The best way to start your visit is with one of their free tours. We happened upon one and joined up, and it was the best decision of the day! Our guide was Ronnie, a funny older Scottish guy who amazed me with his capacity for dates. How can one person keep 1000+ years of dates straight? I can keep events in order, but his exactness was impressive.

After the tour we worked our way back down the winding road through the castle. There’s at least six mini-museums, ranging from a prison exhibition to the crown jewels. There’s even a whiskey store with tastings! 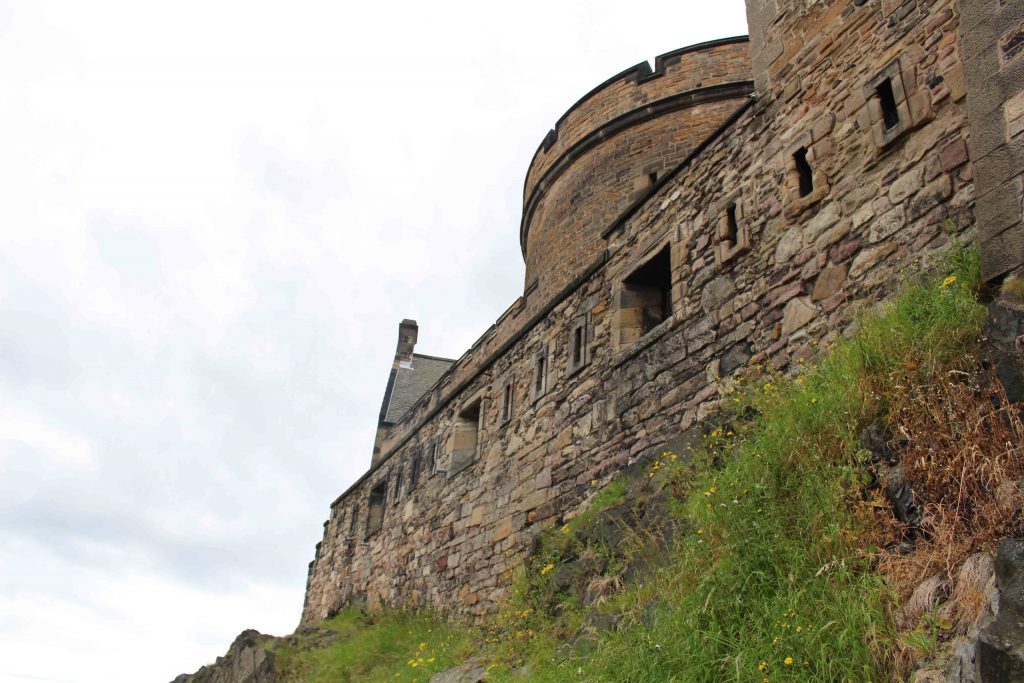 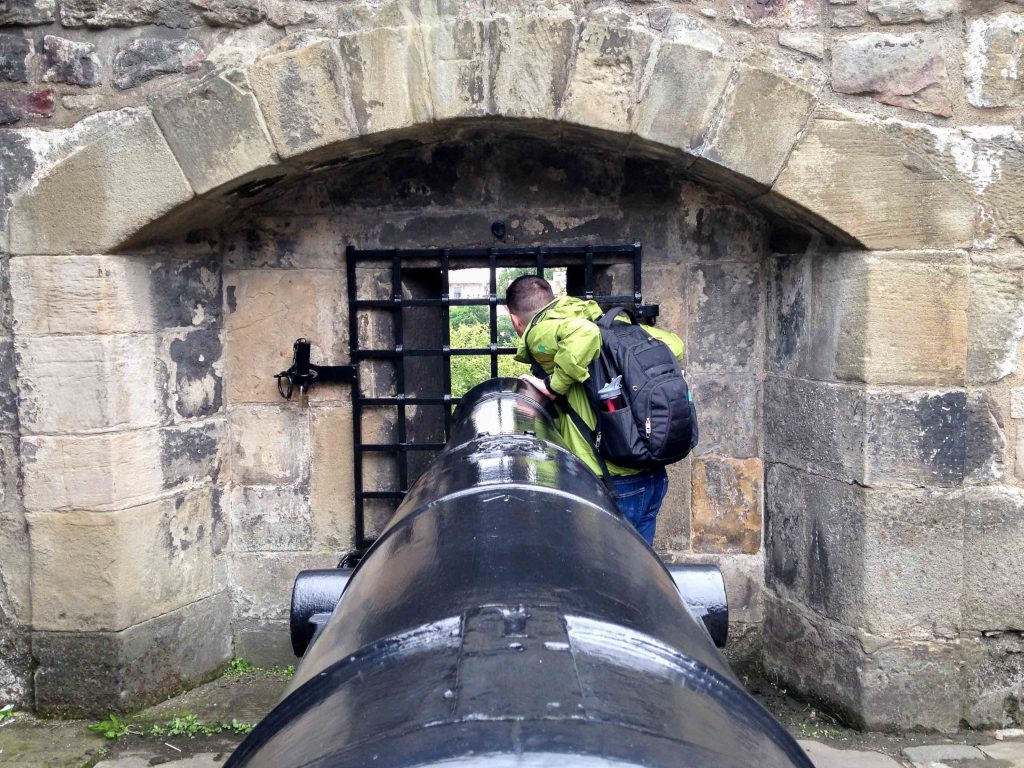 If you can, be on the lower level for the firing of the one o’clock gun. (Two guesses for what time it goes off.) It used to be a means of synchronizing everyone’s clocks, especially for ships in the Firth of Forth. There’s a fun contrast between the sergeant’s military crispness in walk and execution  and his joke-y, sarcastic explanations of the gun. Only in Scotland! Get there about 15 minutes early to be on the front row.

Technically, Edinburgh castle is still an active military base so there’s a few areas off-limits. Aside from the guards everywhere, watching the one o’clock gun is the only real interaction you’ll have with them. 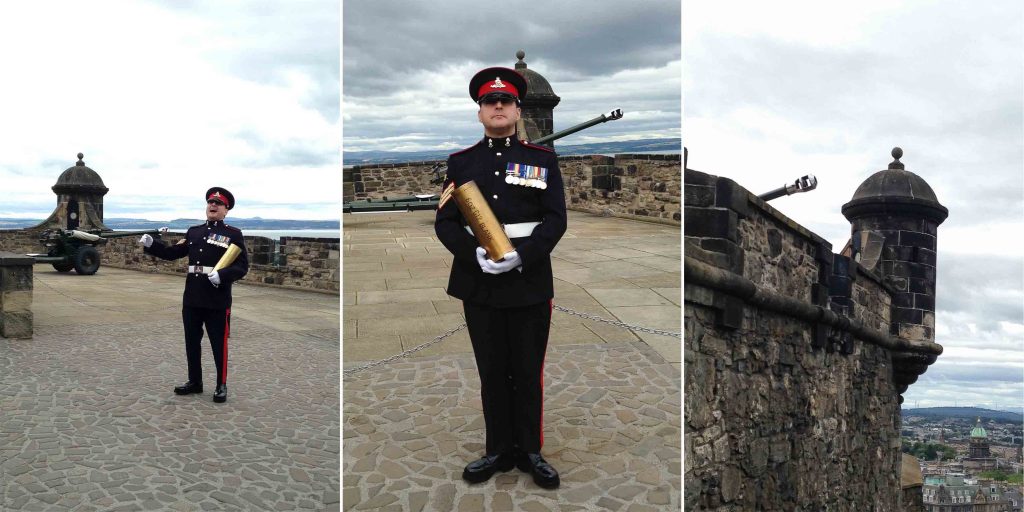 You could spend all day exploring Edinburgh Castle. But if you’re pressed for time, make sure to head to the Royal Mile!

The Royal Mile is the name for Edinburgh’s high street. It leads from Edinburgh Castle at the top of the hill to Holyroodhouse Palace, the royal residence in the city.  It’s a very historic area: the buildings are usually centuries old and taking a side street feels like stepping back in time.

It’s not unusual to find street performers here, but every August the city hosts the Fringe Festival and things get really crazy. The Fringe is probably the biggest alternative art festival in the world. It’s a month long and we happened to be there right before it kicked off. We didn’t catch any performances, but dozens of street performers set up along the road. Anything from musicians to comedians to magicians to carpenters performed and sold their wares. 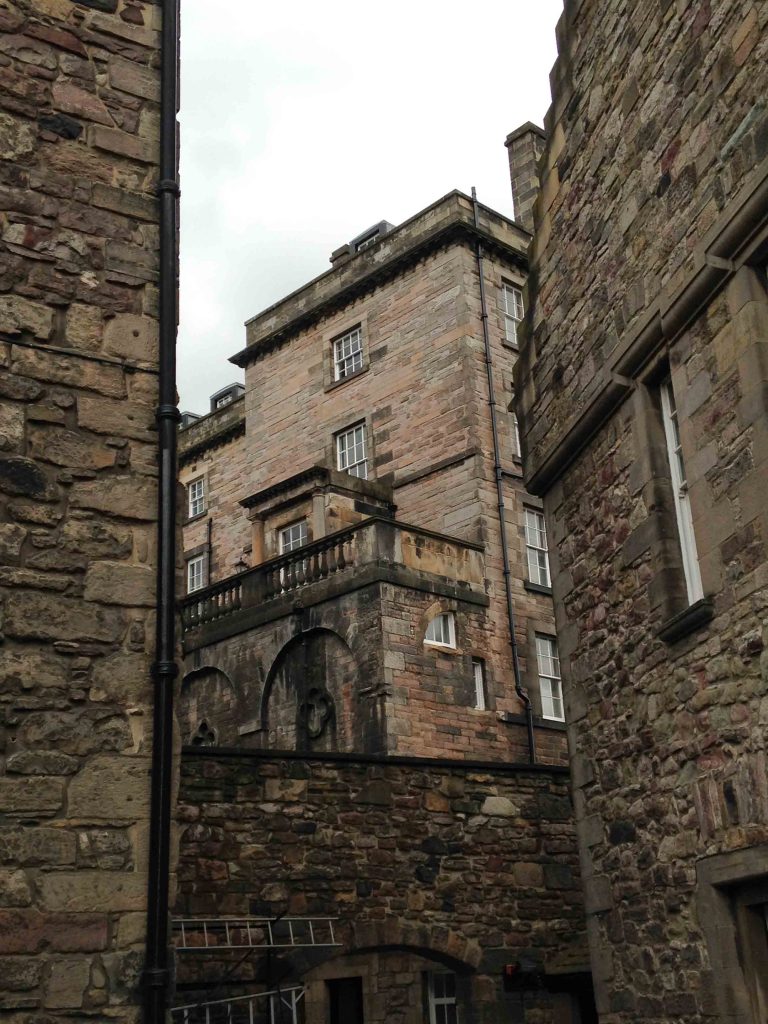 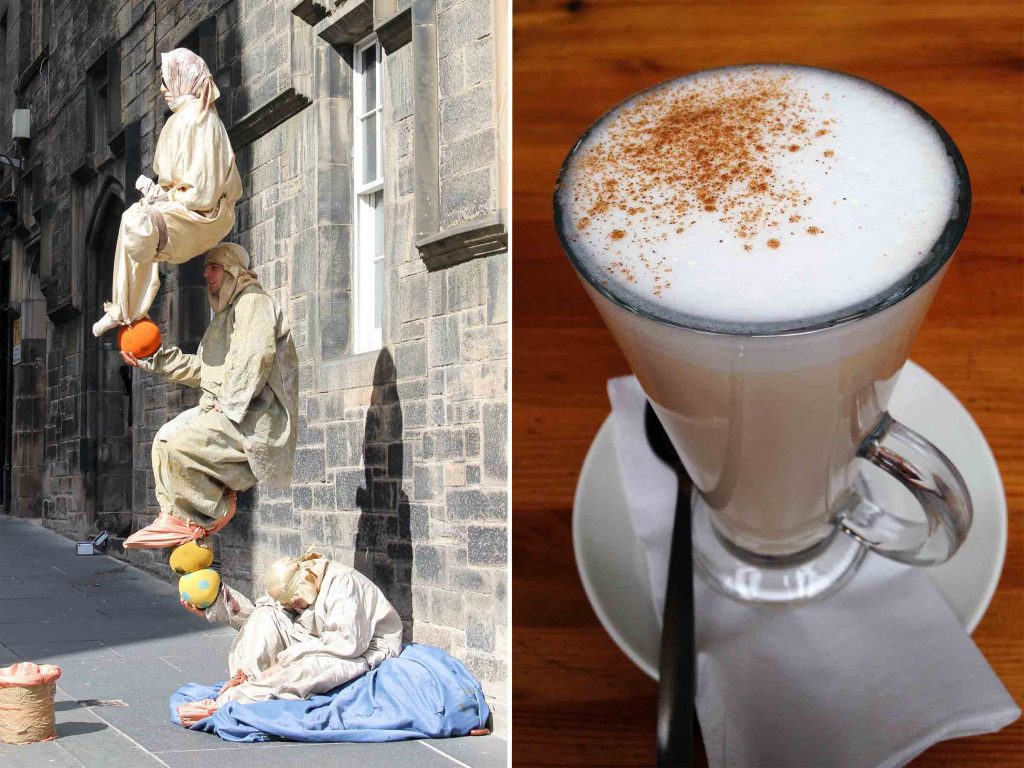 Another cool thing about the city is that over the centuries, it’s been built up on top of the older parts of the city. So there’s tons of underground buildings left from medieval times. I’ve done a couple of underground city tours here and my favorite is the Real Mary King’s Close tour.The “close” refers to a city alley that connected the main street to other parts of the city that were at one point covered with larger buildings connecting the smaller buildings creating the alley. These were closed to the sky and eventually shut down as places to live. This one is interactive and historical where most of them are ghost tours and just try to scare you with things jumping out of shadows. Guides take on characters who actually lived in the close back then and walk you through the  old homes, barns, and businesses. We opted to do the tour at night, which added an extra element of reality. As we emerged from the dark underground into the darkness of the city, it continued the illusion of a medieval city a little further.

Some of the cheesier ones offer walk-up entry, but most of the good ones (including the Real Mary King’s Close) require you to buy tickets in advance. Plan ahead on this one! 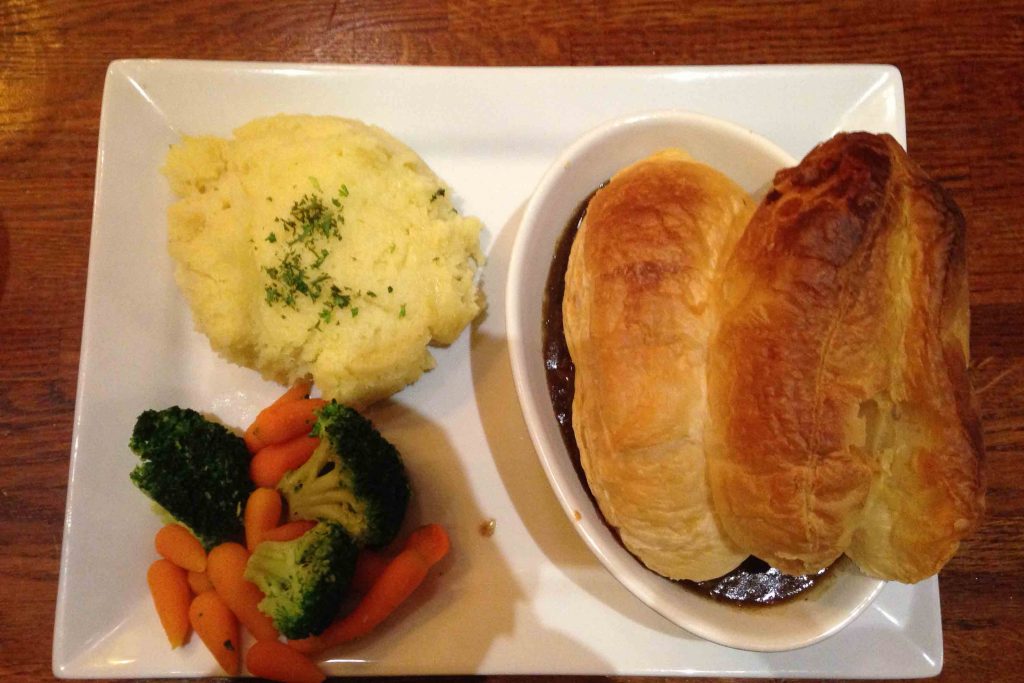 Edinburgh has tons of great food options. We asked some locals in the shops where to go, and they sent us to Maggie Dickson’s Pub. It’s got better food than you’d expect from a pub, as well as a good story behind the namesake: Maggie was hanged for a crime and very nearly buried before they realized she was still alive. Since they couldn’t punish her for the same crime twice, she went free!

We got lunch at a cafe – it was one of those perfect, simple and hot meals you want when you’re travelling. Make sure you stop somewhere to try the Edinburgh Mist, which doctors an Earl Grey latte with cinnamon and lavender. If you need something more substantial, we loved Belted: burgers, ethically sources, and toppings ranging from classic to adventurous to just plain weird. Give it a shot.

My absolute favorite place, though, was Cote Brasserie. This was probably the best breakfast we ate on our whole trip! Nothing too surprising: I chose a full English breakfast and Logan went with eggs Benedict. Both were hearty and filling without being greasy.  The ambiance added a lot: a warm-but-not-hot sunny morning, sipping cappuccino on the patio, nearly by ourselves. What more can you ask for? 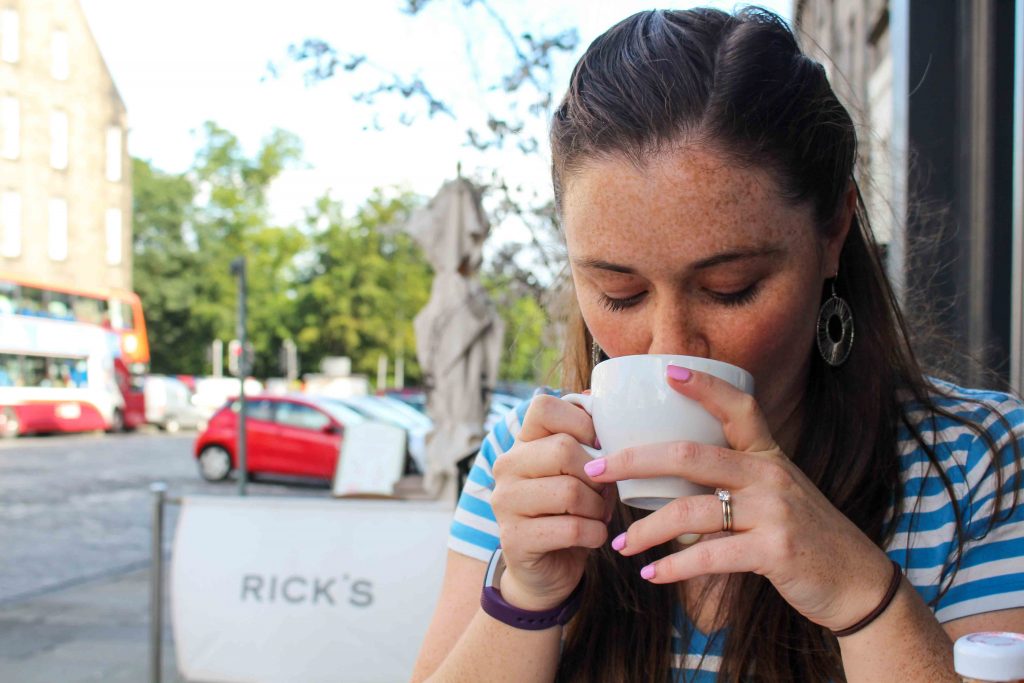 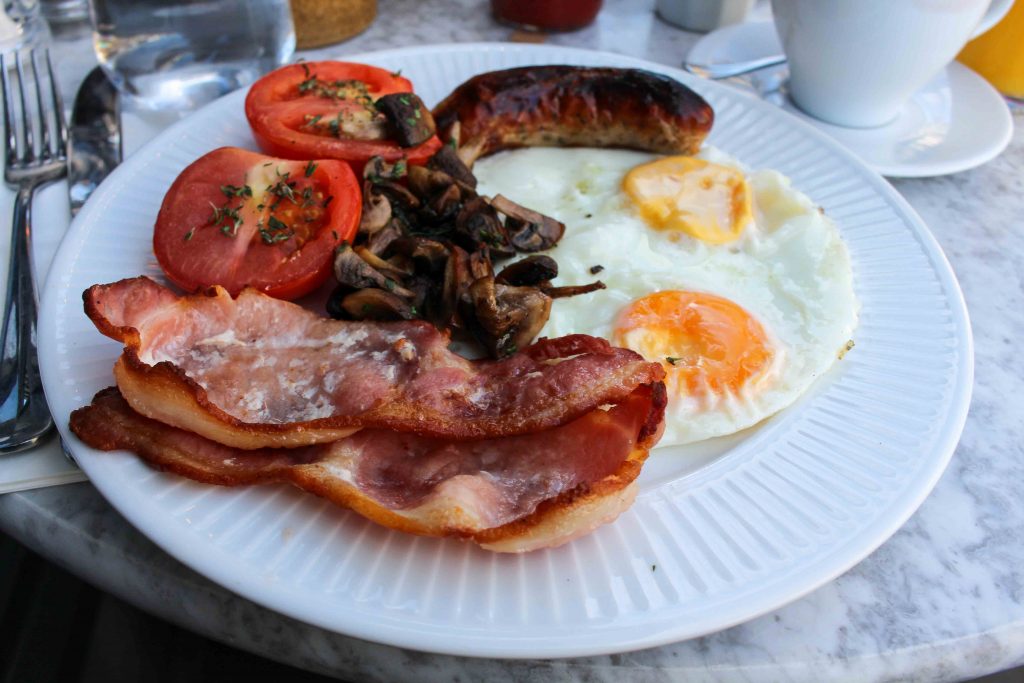 Edinburgh is one of my favorite cities in the whole world. It’s the type of place I could see myself living if I could handle the winters. It’s got the bustle of a city without being too big, and within 30 minutes’ walking you can climb Arthur’s Seat for nature and spectacular views over the water. If you’re here for a few days, be sure to take some time to see the Scottish Highlands as well – we took a quick day trip up and had a blast! You can see more of our adventure here. 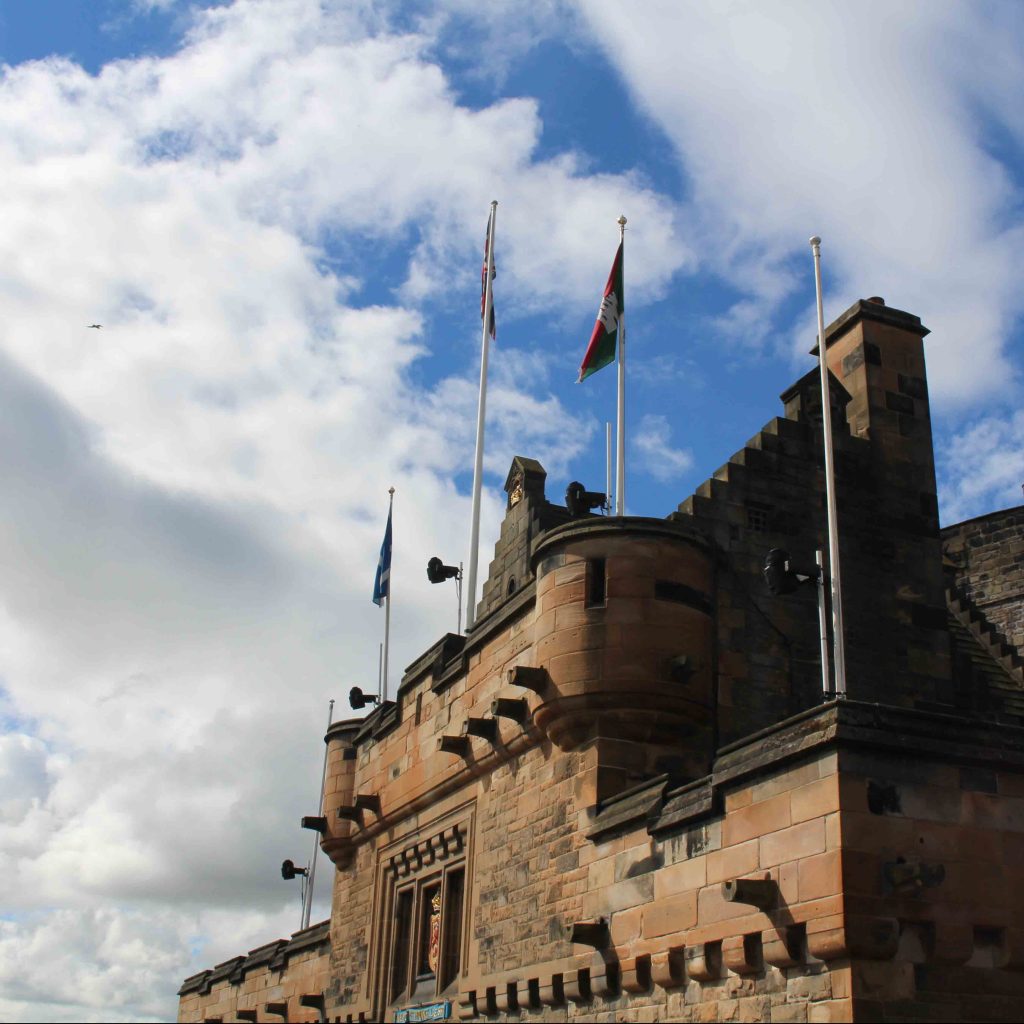 What about you? What city can you see yourself living in most?

2 thoughts on “One day in Edinburgh, Scotland”