If you do only one thing in Paris, see the Louvre. 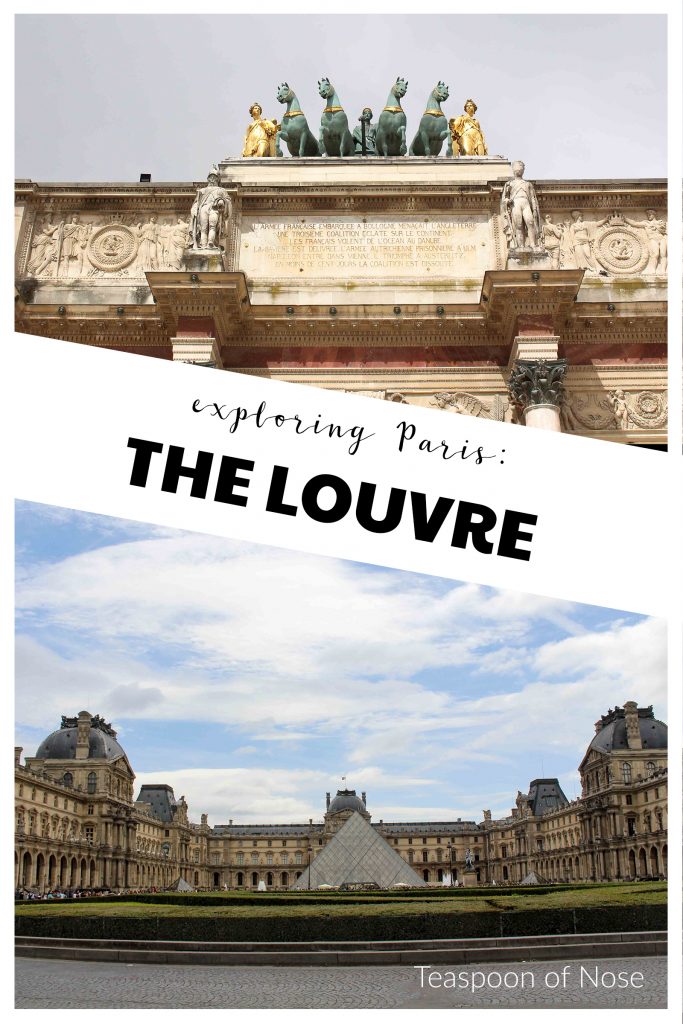 I know many may disagree. The Eiffel Tower is more iconic, and not everyone gets into history and art. But hear me out.

Musee du Louvre offers a practically unparalleled amount of beauty in one building. The palace itself is so full of French history that it teaches you without you even noticing. The whole thing also feels very French: beautiful, put together, yet so layered you can’t take it all in at once. The Tuileries Gardens count as an extension of the Louvre and display the French love for beauty in a natural dimension as well. 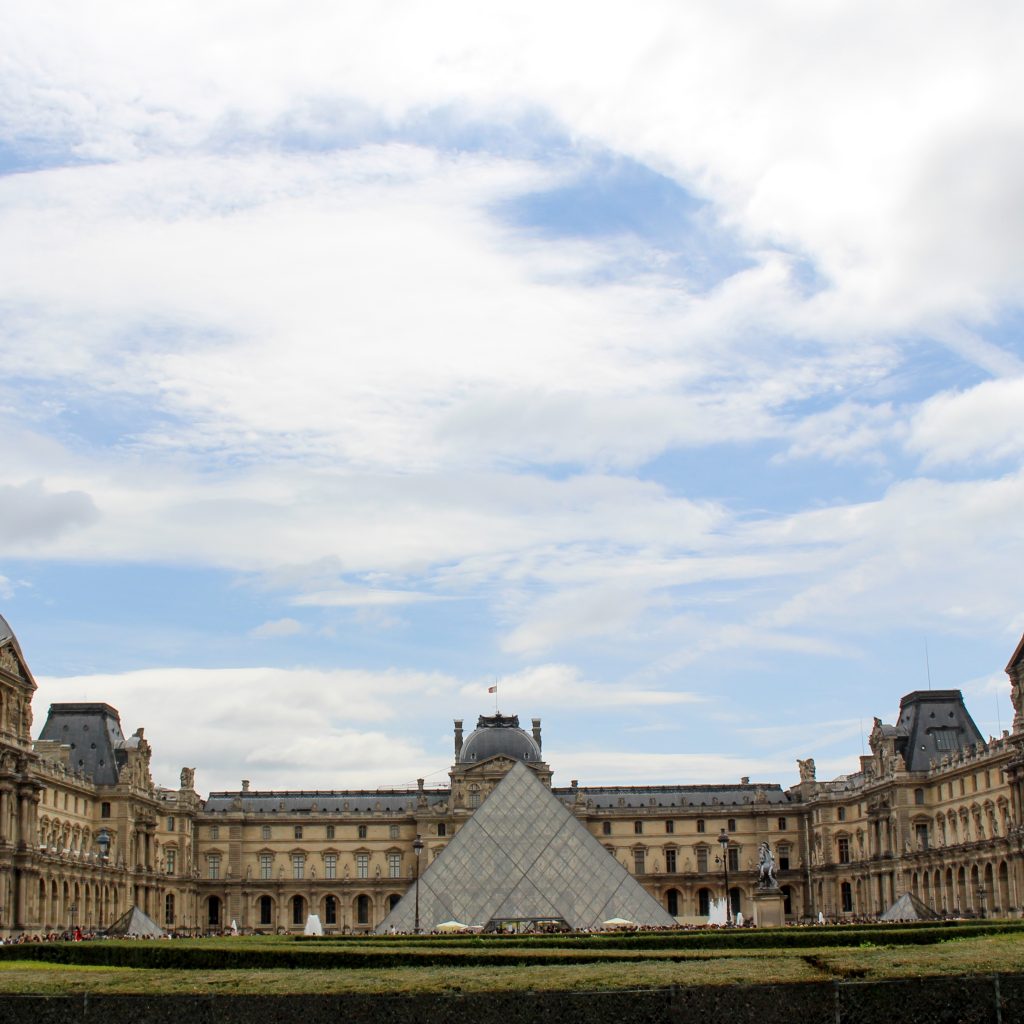 Originally the Louvre was built (at roughly one-forth its current size) to be a fortress castle of sorts, a war fortification as part of a larger wall around the city itself in the 13th century. It saw various renovations under a number of kings until Charles V began converting it into more of a pleasure palace rather than a citadel. Succeeding leaders continued to update and change the wings over the centuries. In the late 18th century part of it opened as a museum, and the iconic glass pyramid was completed in 1988.

The Louvre is enormous. You can’t possibly see it all in one day, or even on one trip to Paris. I spent nearly a whole day in the Louvre on each of my trips to Paris, and probably only saw 20% overlap on those trips. There’s that much to take in. So when you plan your visit, prioritize! 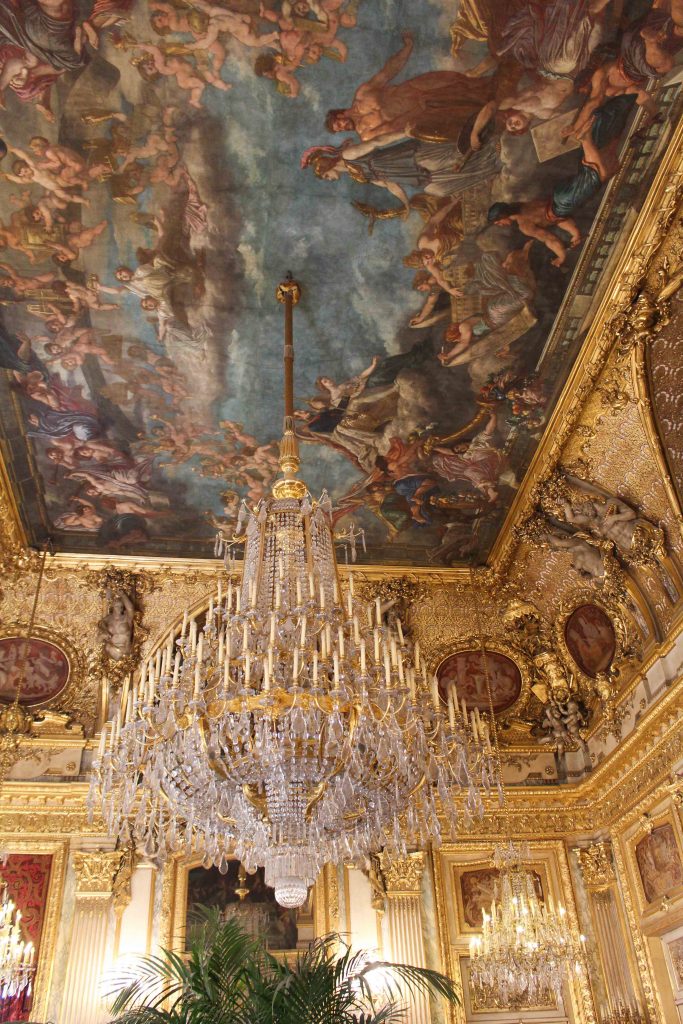 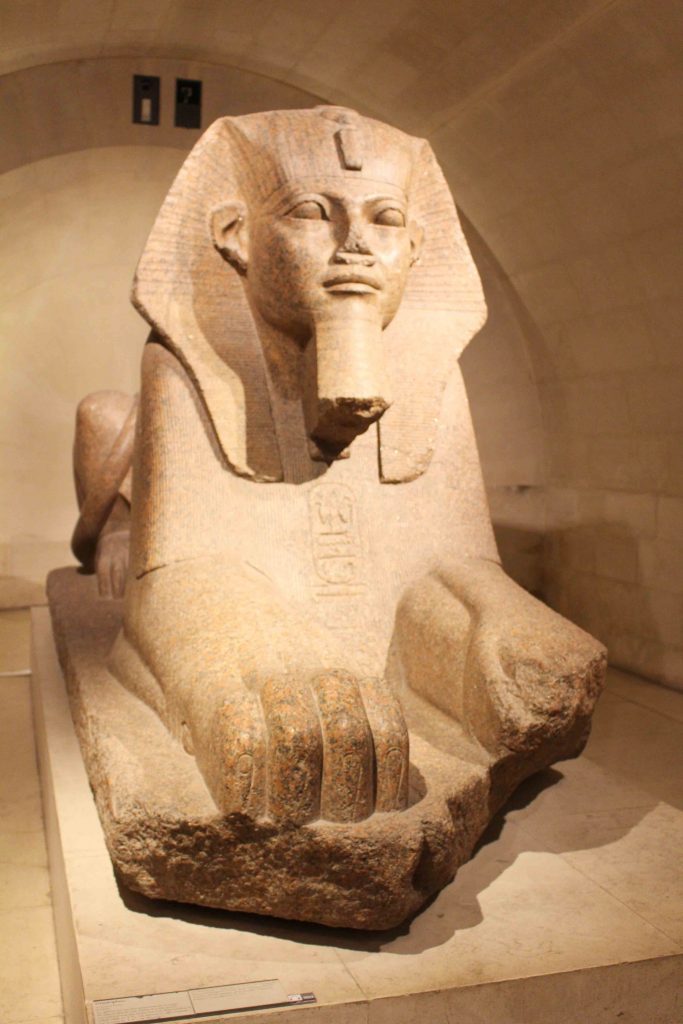 We implemented our usual museum plan of action: arrive early and make a beeline for the most famous piece. When you get past security, head right and follow the signs to the Mona Lisa. It’s such a small painting and it gets hard to appreciate it when you’re crushed by the mosh pit of tourists ten people deep. But if you go first you get a (relatively) quiet moment to drink it in.

As the crowds herded in, we moved on. The wonderful thing about the Louvre is that the hallways are simply endless. Even at its most crowded you can stumble onto empty galleries, quiet except for your own footsteps.

The sheer variety held here is mind-blowing. From classic Renaissance paintings to Easter Island Moai; from a sphinx to the delicately carved Greek goddesses lining hallways. There’s an extensive section set up as Napoleon III’s apartments, left similar to how they would have been in his time. It gives a taste of what domestic life for the über rich must’ve been like back then, and I love that they left some of it as-is. 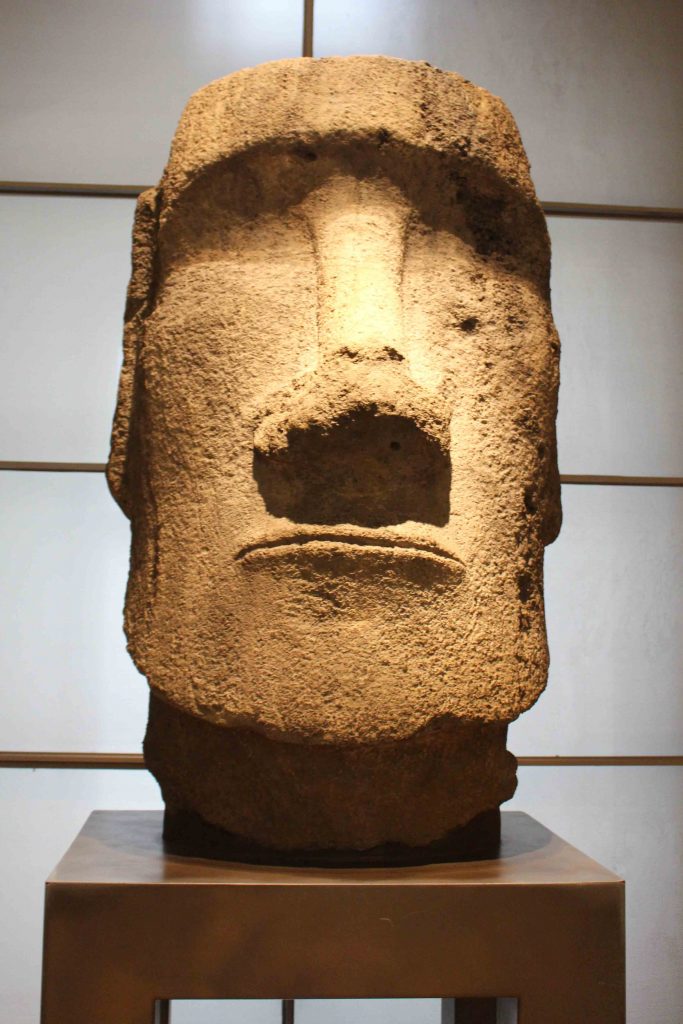 Recognizing how big it is, the Louvre has cleverly set coffeeshops and gift shops throughout the building. This is perfect because after a few hours of art, we needed and caffeine recharge. Luckily for us, the nearest coffeeshop was Angelina’s! A classic Parisian tea room, they’re most known for decadent desserts and their take on hot chocolate, which is so rich and heavenly that it merits a category all its own.

One of my favorite displays is the Code of Hammurabi.The significance of it astounds me. To think that this is the first form of written law from nearly 3000 years ago, and we still have it. This is mind-blowing to me.

Another section to not miss is the basement, where they have some of the original foundation on display. There’s a reproduction of what the original Louvre looked like, as well as more on the history of the space. 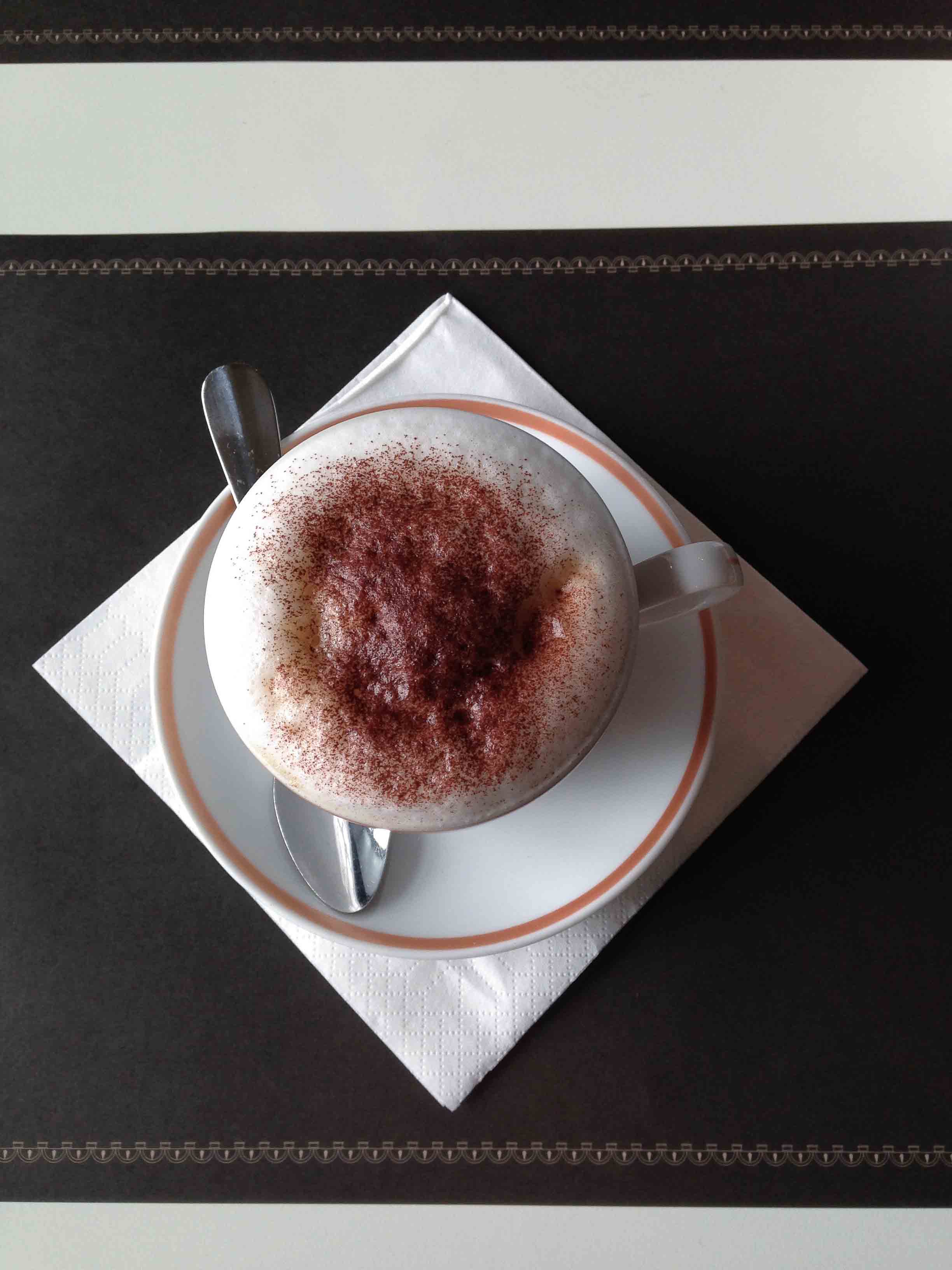 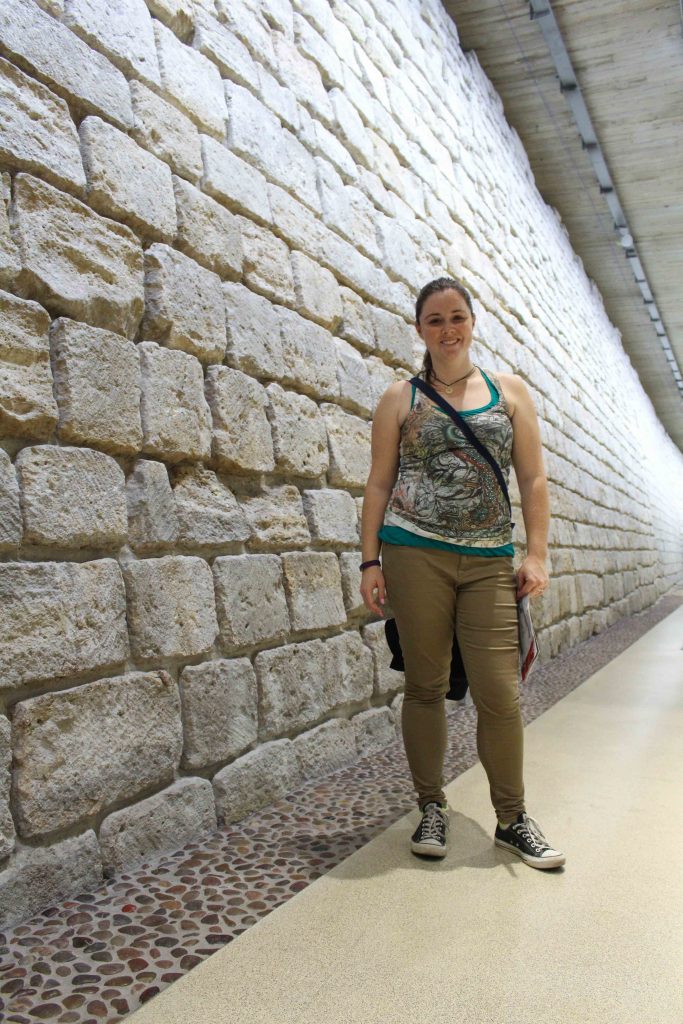 Some thoughts on logistics: this is definitely something to book in advance AND get the timed entry. It’s closed on Tuesdays as well, so when planning your time in the city don’t leave the Louvre to chance.  I would book for the earliest entry time (9am) and be there 20 minutes early to get in line. We grabbed breakfast at a patisserie and sat on the steps to eat leisurely, and I highly recommend it. There’s something almost sacred about sitting quietly drinking a cappuccino in the nearly empty plaza that’s seen so much history and holds so much opulence. As people trickled in, we relocated to the line itself. Pay attention though, there’s three different lines for separate ticket types. 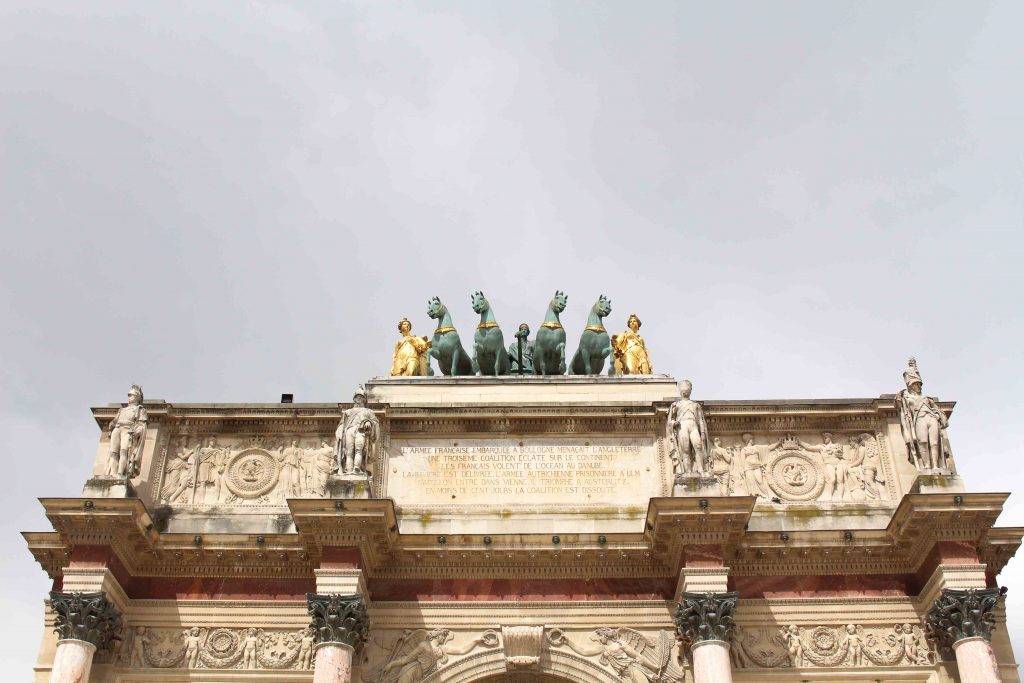 Did I sell you? Take a day in Paris and go to the Louvre. It’ll be worth it.

If you’re planning your trip, here’s my tips for the Eiffel Tower and I’ve put together a city guide as well!

6 thoughts on “The One Thing You Must Do in Paris”