Yesterday in Target I had an idea: I should dye my hair.

The prompting from this came from a variety of sources. I’ve never done it and always wanted to. I like to do things that are a little unexpected. It would go the extra mile for my halloween costume next week. The biggest reason, honestly, was boredom. With the entire day unplanned and stretched in front of me, I wanted to not spend it facebook stalking and catching up on the latest Hulu shows.

Ten seconds after I hit the hair color aisle, I realized this may be a bigger task than I thought. Also one that would last about a month-ish and had heard they made such a thing. I didn’t want anything too fancy or expensive, and something idiot proof (seeing as I was attempting this for the first time and with no outside guidance). Word of advice for anyone considering dyeing your hair? Do some research first. There’s roughly a gazillion choices. I also wanted to do red, which was tricky because I don’t want my head to look like it was ever related to a crayola box. After ten minutes of staring and boxes and reading fine prints, I chose one: a reddish auburn that claimed ‘safe’ chemicals (read: not ammonia) and took only 10 minutes (not exactly true, but we’ll get to that). More importantly, it claimed to fade after 28 washes, which sounded good to me. I wasn’t making a long-term commitment – if it was terrible, I could always wash my hair a bunch this week.

The directions in the box were painfully lacking in specificity for a novice like me, but after doing watching some youtube videos I felt confident enough to give it a shot. The process itself was pretty simple:  take two creamy substances and mix them together. Both were off white and one had gold specks in it, and upon mixing they darkened to a weird pinkish color, which made me more nervous. As I applied it, my hairline around my face turned purple.  Grape. Still nervous.

The application process probably took 20-30 minutes, plus 10 minutes of just sitting in my hair and me trying not to touch anything. Other than the purplish goo coating my hair, I couldn’t tell a color difference  in the hair itself. When I go to rinse it, the water turns an unnatural dark red-brown color, continuing the “Emma is nervous” theme.

Moment of truth. My hair is rinsed. With great anticipation I turn back to the mirror… and nothing. My dyed wet hair looks the same color as my natural wet hair. Disappointment city! I move on, trying to clean up the purple spots I managed to get on every part of the sink and tub. Back in my bedroom, I begin to put away the day’s purchases: pieces of my halloween costume, more socks, and other exciting purchases like that. Fifteen minutes later, I catch a glance of myself in the mirror, and am shocked to see a tinge of red!

So it is with great pleasure that I report to you, ladies and gentlemen, that my hair dyeing expedition was a success. Its nothing drastic, but my hair is definitely redder than it used to be. Moreover, now I feel empowered to be a little more adventurous with my style.

Who knows? Maybe next time I’ve got a bored afternoon ahead of me, I’ll get a big heart tattoo on my arm that says “Mom.” I’ll keep you posted. 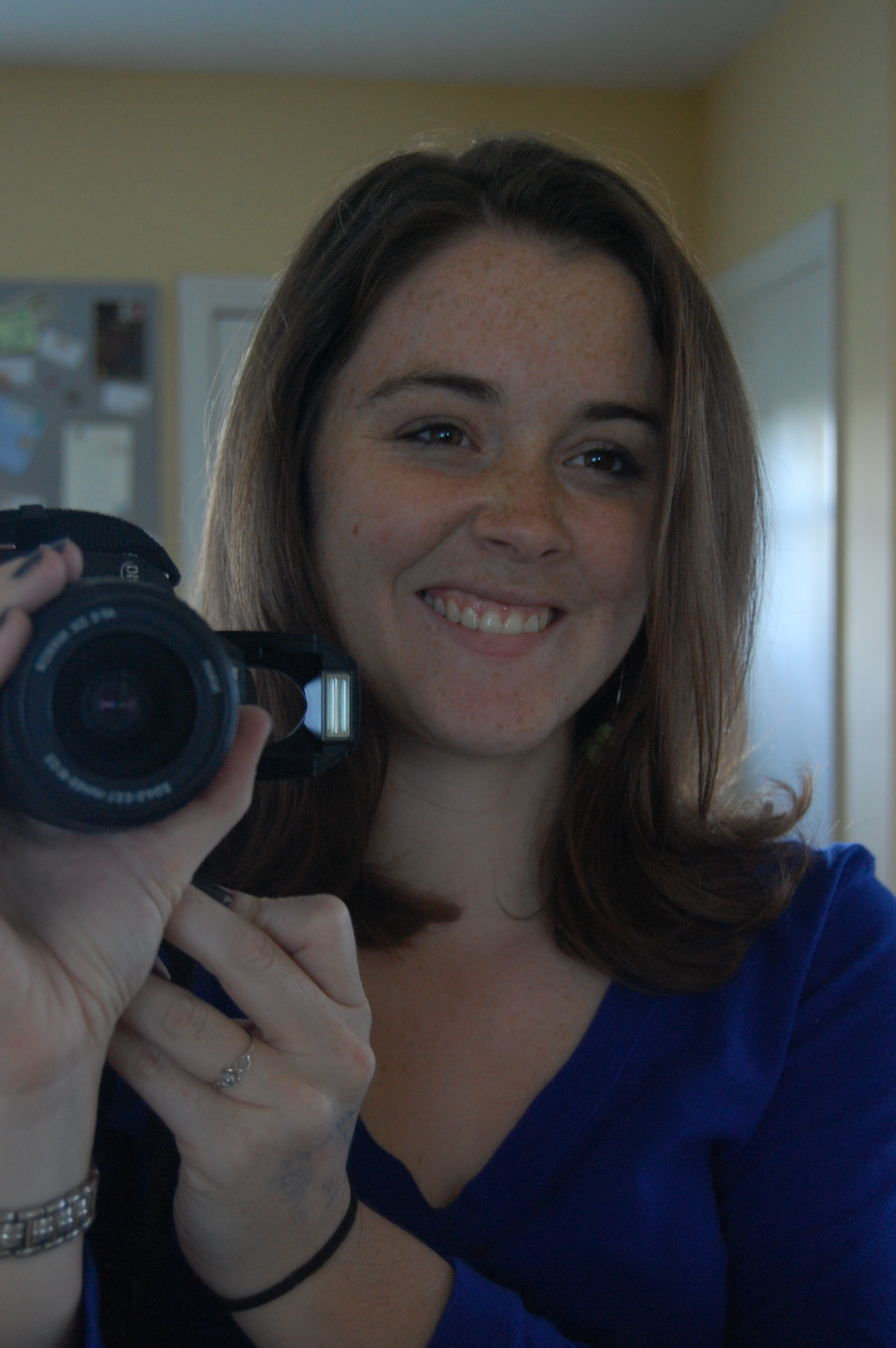 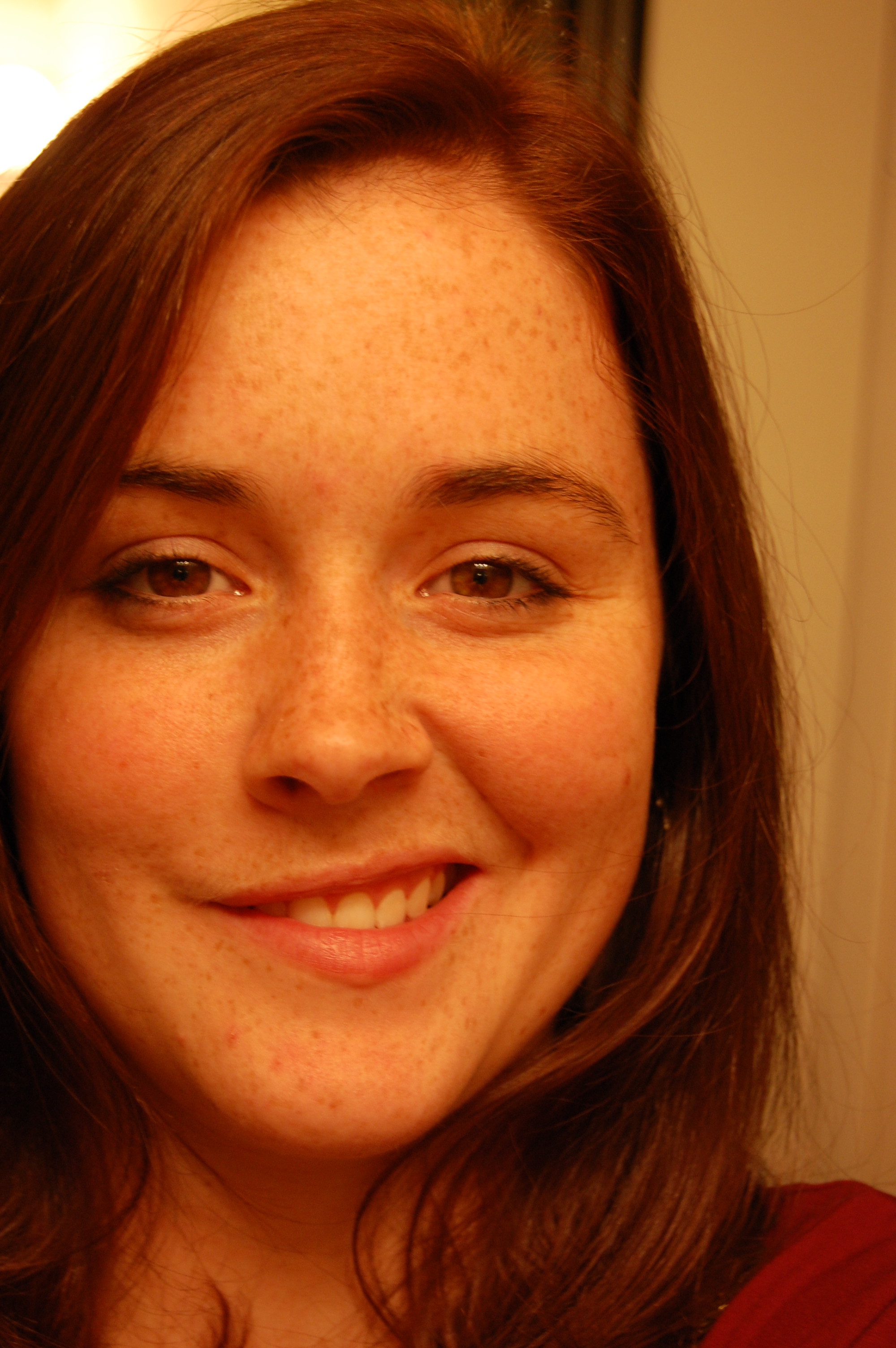 5 thoughts on “An everyday adventure”