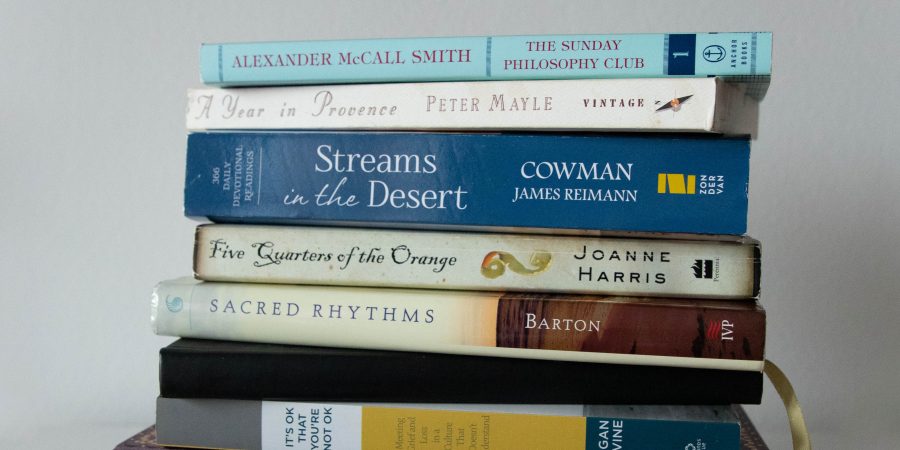 The year’s ending so that means a book roundup! I love talking books with friends because I think it shows something about ourselves in the books that stick with us. It’s not about pretension: I read plenty of fluff and beach reads. But my best books of 2021 are the ones I still think about months later, or apply to my life on a regular basis.

Just to be clear: these are the best books I read in 2021, not necessarily the best published this year. Since books are forever, I don’t feel like it’s helpful to prioritize the new releases over the ones that stuck with me the most.

It feels too tough to separate these into which single one was my favorite, so we’re counting the trilogy as one. I read the first one, A Darker Shade of Magic, a few years ago and it nearly made my 2019 best-of list! This year I got around to reading the entire trilogy, and I loved them all! For one thing, it’s a good story. the characters are complex and believable, without being tropes of good vs evil. The second starts off taking a left turn from the plot of the first, but ties together beautifully. They really feel like one cohesive story rather than taking the same characters and doing a new plot each round.

If you’re scratching your head at why you know this author, it’s because her latest The Invisible Life of Addie LaRue was really popular this year. That was also great, but these were better if you like a bit of a fantastical setting.

And Then There Were None, Agatha Christie

I went a little old-school here. And Then There Were None is a classic Agatha Christie, but it’s not part of any of her series like Poirot or Miss Marple. Ten strangers are summoned to an island, but the host fails to show up for their supposed holiday. They then start to die, one by one. But the real question is, who’s the killer?

Any book that I don’t see the ending coming is automatically in contention for my best-of list, and this one had me guessing to the final page. I promise it’s not what you think.

Loner Tuesday Mooney works as a researcher by day and X-Files enthusiast by night. But when the city’s eccentric billionaire leaves his fortune as a treasure hunt, she gets sucked into the action, solving puzzles and picking up unusual teammates along the way.

Tuesday Mooney Talks to Ghosts is both funny and endearing and packed with nerdy pop culture references and a fun spooky undercurrent. Often compared to The Westing Game, and feels a bit like Ready Player One with its references and sheer fun.

I count both of these as one because they have nearly identical setups. A group heads to a remote luxury mountain cabin for a few days of pampered winter sports. A massive storm isolates them. And people start dying. But who’s the murderer? And how well do they actually know each other?

The Rose Code by Kate Quinn

If you read The Alice Network, this is by the same author. Told in the same style of multiple perspectives, The Rose Code focuses on a group of women codebreakers during WWII. The story is told in flashback when it’s revealed that the woman arrested as a traitor may not be the culprit everyone believes her to be.

The story is powerful and heart-wrenching in all the good ways. If you like historical fiction, grab The Rose Code.

Wintering: The Power of Rest and Retreat in Difficult Times, Katherine May

Wintering came to me right when I needed it. The subtitle, The Power of Rest and Retreat in Difficult Times, says it all.  May’s commentary on the natural cycle of winter as a parallel to coping in hard times is so countercultural to the way we run our lives.

I read it as the weather turned cold, and I highly recommend it for anyone going through a lot. But it has a lot of wisdom and comfort for all of us used to the Western hustle mentality.

When in French, Lauren Collins

I would’ve enjoyed this book regardless of circumstances, but being in the throes of learning (and living in) a second language made When in French all that much more relatable. Collins tells the story of being American married to a Frenchman moving to (French-speaking) Switzerland. Her stories of navigating normal life errands while having only a tenuous grasp of the language are funny and 100% accurate to my life on a daily basis. To say nothing of her struggle between speaking Swiss French at language school and French French at home, and the resulting headaches that come with navigating that.

She also gathers up a mini-anthology of hilarious historical translation issues through history. My favorite may have been the struggle to find an interpreter for President Jimmy Carter’s visit to Poland in 1977 when the interpreter relayed his happiness to be visiting from the US as an intention to defect permanently to Poland.

It’s a great read, whether you’re learning another language or not!

Atomic Habits is definitely making the rounds right now, as I suspect it does every January. And for good reason – it’s one of the best books about habits I’ve read. Clear uses scientifically-backed theories to set up good habits and break out of bad ones. But it’s not some dry instruction manual. He illustrates concepts with stories and examples.

One that’s stuck with me since I read it this summer is the idea of 1% better. We (read: I) struggle with wanting mastery (or at least high-level competence) as soon as possible, but if someone can improve a tiny bit every day, that’s huge progress over time. The mindset shift has stuck with me as we’ve navigated the sheer insanity this year has brought, and I’m trying to live 1% better each day.

Of the books I read this year, this one I think about the most. Julia Child is an easy person to love, and Dearie paints a complex picture of the woman she was. I like the way Spitz shows her tenacity and vivacity, while also showing the ways her background and privilege positioned her to become the paragon of French food in America. The book made me fall in love with her even more while also being honest about the less lovely parts of her story.

As a longtime fan of C.S. Lewis, A Grief Observed sat on my shelves for years. After losing both my grandma and my dad this year, I finally picked up. The biggest thing for me was to hear/read such a strong Christian articulate the thoughts and fears and feelings that come so naturally in grief. His journal entries make room for all the worst parts of grief while still clinging to faith.

Usually, this type of nonfiction doesn’t grab me – true crime isn’t really my cup of tea. The exception is when its told in a narrative style that reads like fiction, and  The Devil in White City does that in spades. The murder element reads a bit like true crime (because it actually is, Emma) and the setting is just familiar enough of a setting to make it easy to place in American history. I also learned a lot about the World’s Fair and the Gilded Age in general. Even small tidbits, like the fact that the Ferris wheel was invented for the 1893 World’s Fair and it wasn’t clear if it would work until the first people went up!

My best books of 2021 list is pretty varied, but I like a wide range of genres! You can see my full list on Goodreads. What are your favorite reads this year? Let me know in the comments!