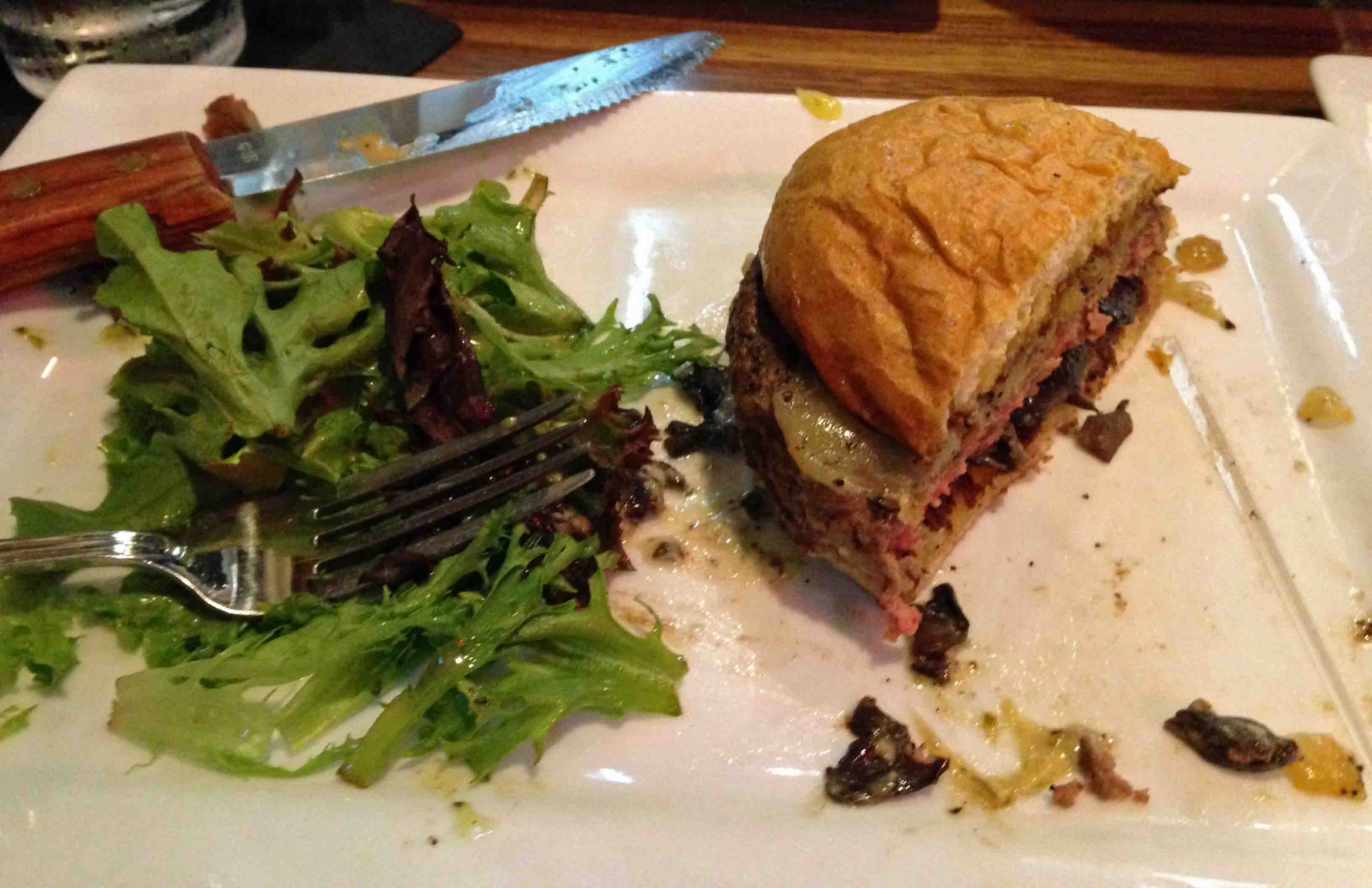 Durham and Chapel Hill have their fair share of amazing burger places, so when a new one open off Ninth Street, I wasn’t in a hurry to try it out. How could I stray from the amazingess of Buns or Bull City Burger?

What got me over their was their twist: it’s a New Zealand-style gastro pub, with lots of awesome kiwi touches! (Just to be clear: Kiwi = New Zealander. Not just the fruit or the bird.) So a couple weeks ago, Logan and I checked out Burger Bach with our aunt and uncle, and we absolutely loved it.

Burger Bach right off a big parking lot, which is not to be underestimated in Durham and Chapel Hill. There’s patio seating, but the night we went the skies threatened rain so we sat inside.

Right off the bat, the staff were friendly and helpful. Our waitress was a rockstar, definitely attentive and knowledgable but also didn’t make stuff up when she didn’t know the answer to something. At least two other managers/bartenders stopped by the table at various points, just to check on us or bring us beer samples.

Speaking of beer, they have maybe 40 on tap. Probably more, it was a page front and back. Should’ve counted. My only wish was that they had more beers from New Zealand, but the selection they did have was excellent. They had a ton of NC breweries represented, and if you didn’t know what you wanted you could say “I want something that tastes like Blue Moon/isn’t hoppy/has some sweetness to the taste” or whatever and they’d bring you a couple of options.

We started with some fries as an appetizer, and they were delicious. They were simple in a great way – you can tell they weren’t overly processed, just potatoes and a minimum of oils and spices. Plus their big thing is unique sauces – fancy things, twists on classics, plus a couple New Zealand originals like HP sauce. We tried a bunch, including a couple things that weren’t listed on the menu! (Again, our server, the rockstar.)

We also got some shrimp for the table – they come in a bowl with a rich and flavorful sauce, plus toasted bread slices. I think they were for eating the shrimp on, but we also used them to dip in the sauce once the shrimp were gone! We ordered the spicy option, and they weren’t kidding. I love spicy, so I thought it was great. Definitely a high-jalepeno taste, which didn’t feel very Kiwi-esque but was tasty.

When it came time for the main event, I had high hopes. I took a risk and ordered a lamb burger instead of beef – I wanted to try the more traditionally authentic option, but I was prepared to be disappointed. After all, when you want a burger, you want a burger. So with some doubts, I ordered the Queenstown: lamb with carmelized onions,  Gruyere, mushrooms, and Bach Béarnaise sauce. (Side note – all the burgers are named after New Zealand cities or regional areas, which is obviously so cool. My meal choice was mostly based on the burger description, but 10% based on the fact that Queenstown was my favorite city in New Zealand.) Logan ordered the East Coast burger which had beef, blueberry BBQ sauce, Brie and garlic aioli. 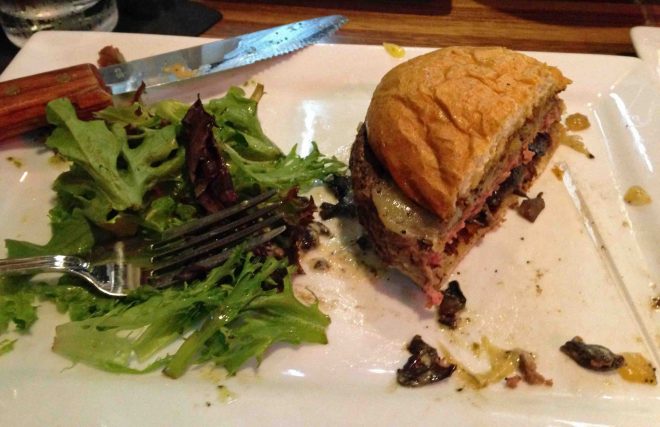 When the burgers came, I was shocked at how incredible the lamb was! I mean, I like lamb, I just didn’t expect it to taste so good in burger form. It definitely tasted different from the beef. Maybe a little leaner and the flavor was definitely different, but it still had that satisfying burger effect. So I’m definitely sold on the lamb burger thing. Even beyond the choice in meat, though, the burgers are amazing! The mushrooms gave a good texture and the Bearnaise added a delicious richness. Logan’s was possibly even better – there were thick slabs of Brie, and the blueberry BBQ has a unique richness. Yummmmm.

Overall: I loved it. Burger Bach is definitely a winner in my books. It’s uniqueness sets it apart from my other favorite burger places. It feels more gourmet, with a bigger menu selection and more foodie-type details on the plates. My take: Burger Bach is not to be missed!