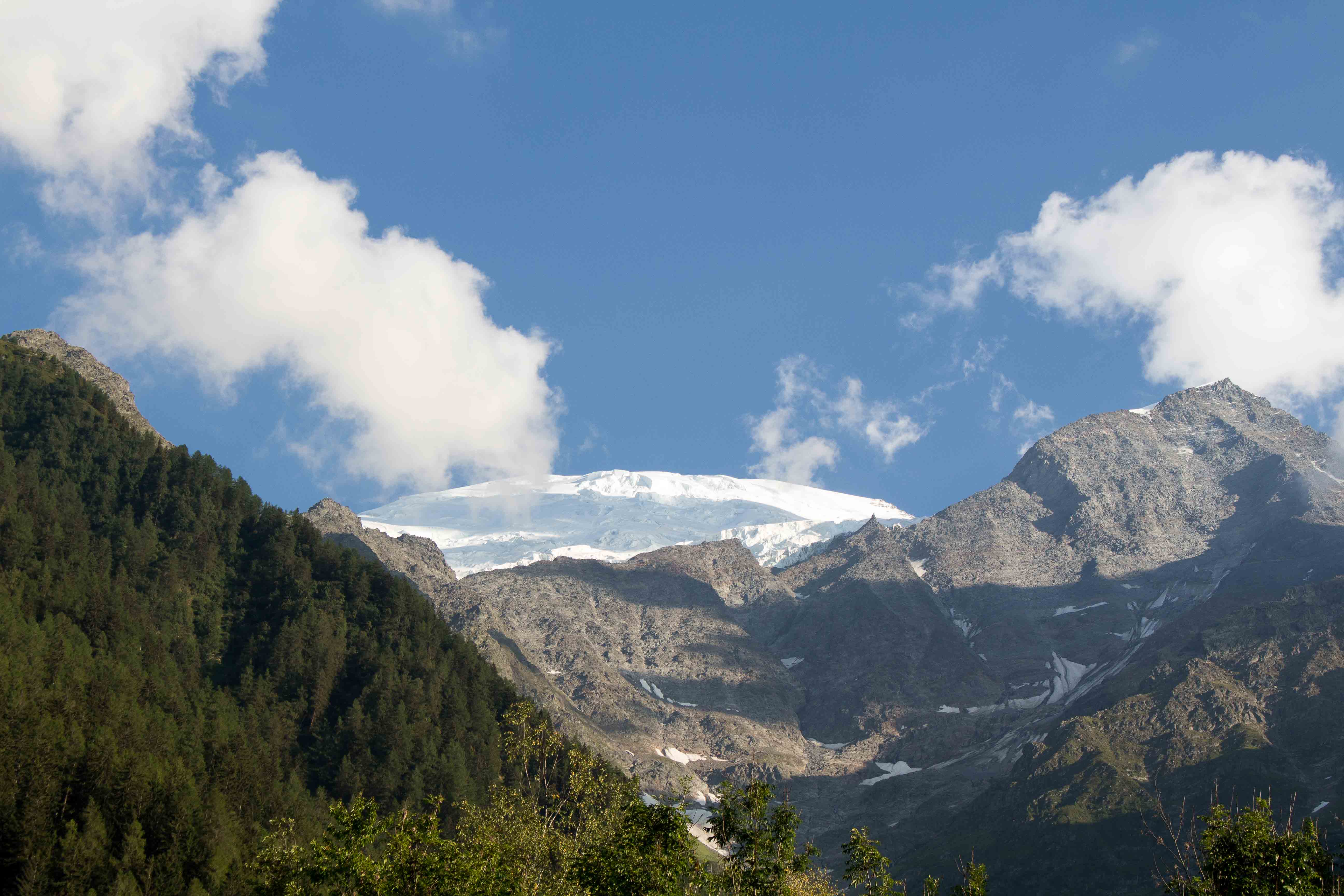 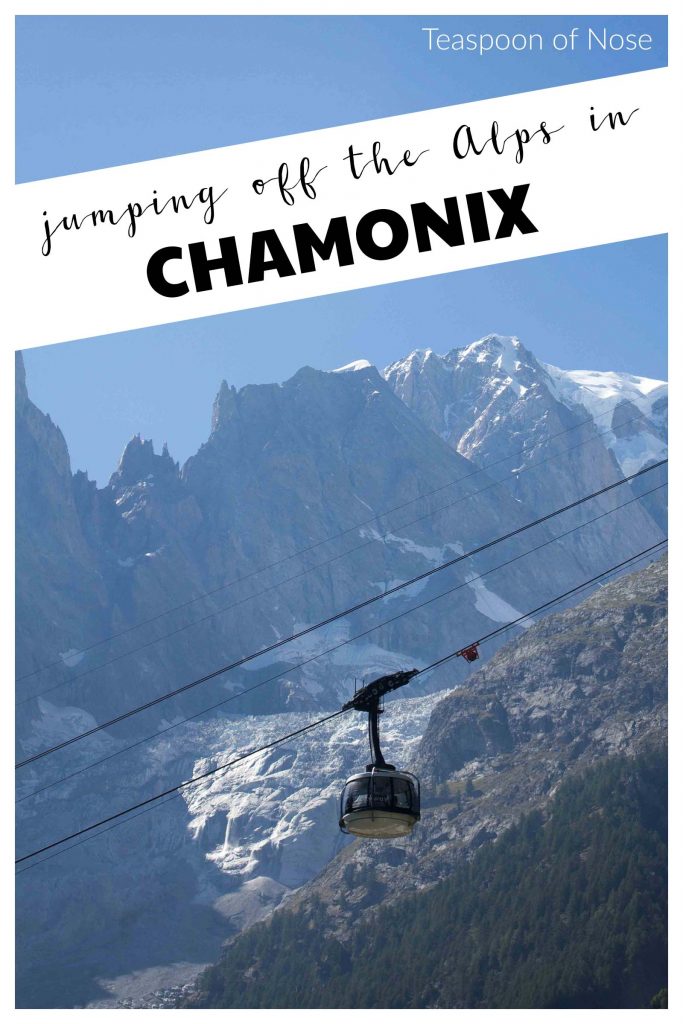 I received no compensation for writing this post and all opinions are my own. The links above contain affiliate links, which means I get a few cents (at no extra cost to you) if you book or buy something via that link. This helps me keep costs down and posts up! All images copyright Teaspoon of Nose.

As a kid, that was the superpower I wanted. I still regularly have dreams where I’m flying.

I love the adrenaline-pumping parts of it, like you feel with bungee jumping. But I also crave the floating sensation, of being lighter than air with sweeping views below you.

Which is why we went to Chamonix. In Chamonix, you can fly.

One of Chamonix’s off-season draws (it’s a ski town in cooler months) is paragliding. If you’re going to paraglide, why not do it against the insanely beautiful backdrop of the Alps?

To be honest, I didn’t know a lot about the mechanics of paragliding beforehand, other than that it is safe (compared to some of the other adrenaline junkie things on my bucket list) and it’s guided. You’re not solo up there, which appeals to me because I can just relax and enjoy the insanity of being thousands of feet above the ground without worrying about anything technical.

We signed up to fly with Fly Chamonix. It was so easy – we just met our guides at the base of the Brevent ski lift. Both of our guides had over twenty years experience each, and one of them owned the company! We were in good hands. I have to admit, though, it felt a little strange to buy a one-way ticket up a mountain, but we did!

They’d mentioned bringing warm wind-resistant clothes, but on a warm August day I could’ve gotten by with just a long-sleeve shirt. After taking two ski lifts up past the treeline, we walked to a steep grassy plain. I rode with Patrick, who handed me part of his kit to hold while he spread the parachute itself. I started getting that excited and a tiny bit nervous feeling I always get before trying adventurous things. That tingly anticipation builds right up until the point of no return, like that moment at the top of the arc of a roller coaster. I live for that feeling.

After checking his gear, he strapped me into a soft-sided seat that then clipped me to him.

Where? I wondered. But be barked “walk! fast!” and so I started walking down the mountain. We’re on a pretty steep incline, enough that as we set up I had sidestepped my way downhill. So to just walk straight down it went against awareness of my own klutzy tendencies. But who am I to argue with a Frenchman? And that whisper of flying beckoned, so I walked.

Somehow, suddenly, the ground disappeared. We seemed to stay level, and moving, while the ground fell away below us.

We were flying. We were FLYING. 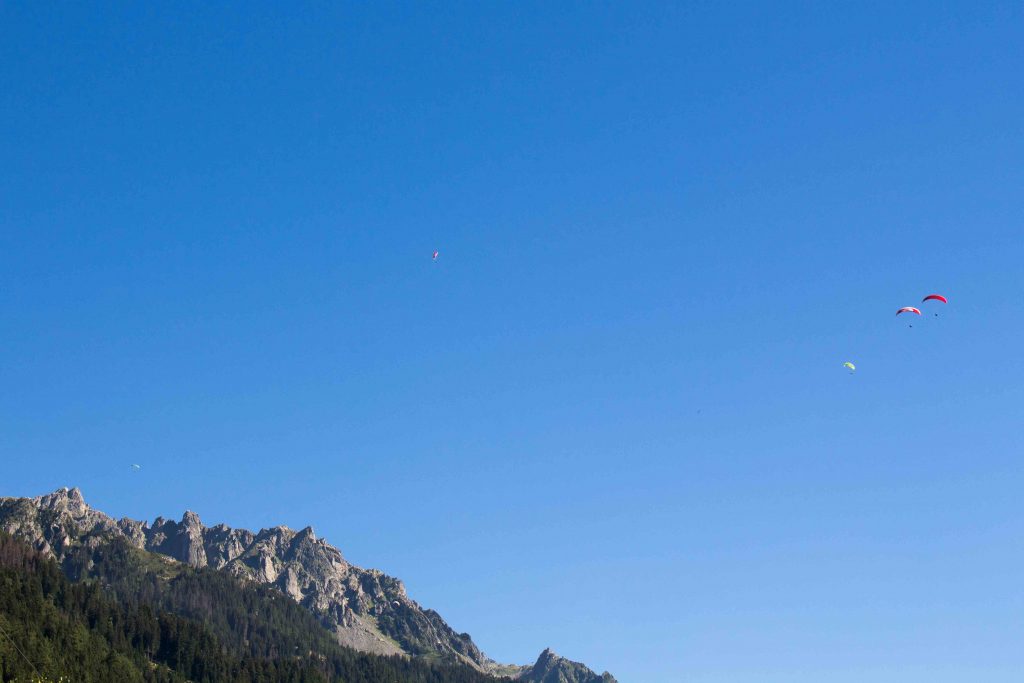 It’s possibly one of the best feelings I’ve ever had in my life.

At first, we were surprisingly close to other paragliders. But after five minutes of sailing we drifted into our own space.

It was exhilarating and incredibly peaceful at the same time. Imagine sitting in a swing, but there’s a town below you, full of houses and buildings and hotels and cars, almost the way they look when look out the window of a plane taking off. To the side is the mountaintop, close enough to see the trails and individuals pines.

It’s an unbelievable feeling. You feel the power of the wind around you, gentle on your face but at the same time tugging on the parachute enough to let you know its power.

It’s the best view of Mont Blanc you’ll get, no doubt.

After soaring for a few minutes, quiet except for my exclamations over the ridiculousness of the fact that we are flying through the air, Patrick starts explaining the physics of it. He compared the glider to a lung, interacting with the air. It made sense at the time but I don’t think I can say it again. It was interesting but I confess I was only half listening, still enthralled with the views around me.

“Now that you understand it, you steer.”

He handed me the reins. Showed me how to turn, how to speed up and slow down, how to stay within a thermal. It felt powerful: one of those situations where I felt I had the illusion of control but the wind was really the boss. But I didn’t crash, so there’s that!

Patrick said I did pretty well for a first timer. I’m sure he tells everyone that, but I’ll take it.

Since I’d mentioned my love for adrenaline, he offered to do a few tricks. He had us “swing” in huge arcs, turn hard enough to feel some G forces, and something he called a candle drop where he did some maneuver that made us feel weightless for a few seconds before the wind kicked back in. It was incredible.

I could’ve stayed up there all day. But alas, even flying must come to an end. Our circling took us lower and lower until we neared a field, where Patrick had me start running in midair. Like takeoff in reverse, the ground reared up to grab my legs and awkwardly made contact. I managed to not fall down, but it felt somewhat like getting off a boat after a day offshore. Shaky and thrilled, he unclipped me and had me run to the side before another landing glider took me out.

We spent less than an hour in the air, but it was unlike anything I’ve ever experienced. 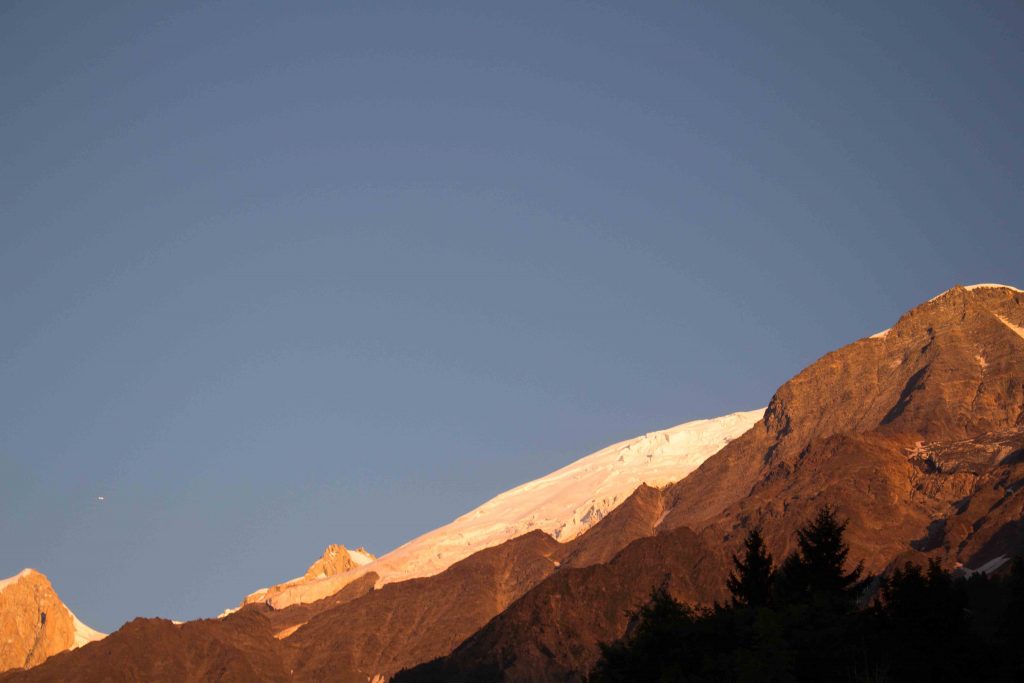 Later that evening, as we looked up at the Alps on either side of us, I shivered with happiness. We had been up there. Flying.

You can read more about our time in Chamonix here!

7 thoughts on “Jumping off the Alps in Chamonix”