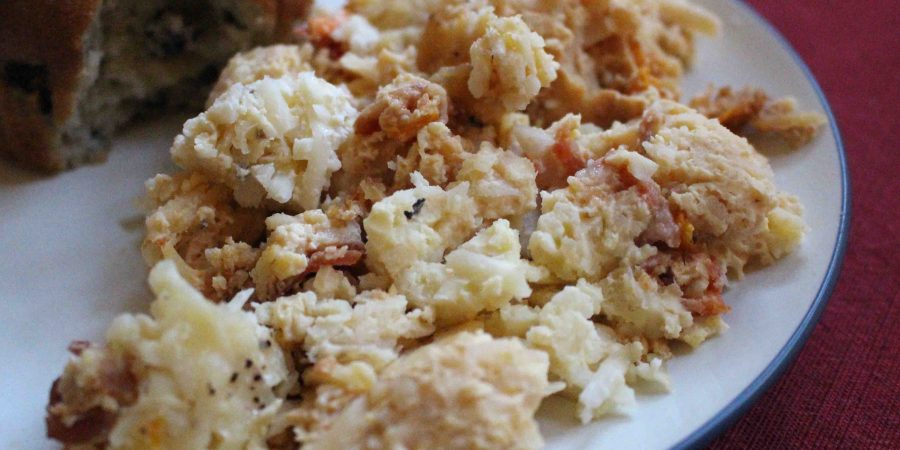 This slow cooker egg casserole is the perfect hosting breakfast! Whether its for brunch or just feeding houseguests, it’s the easiest way to feed a crowd! 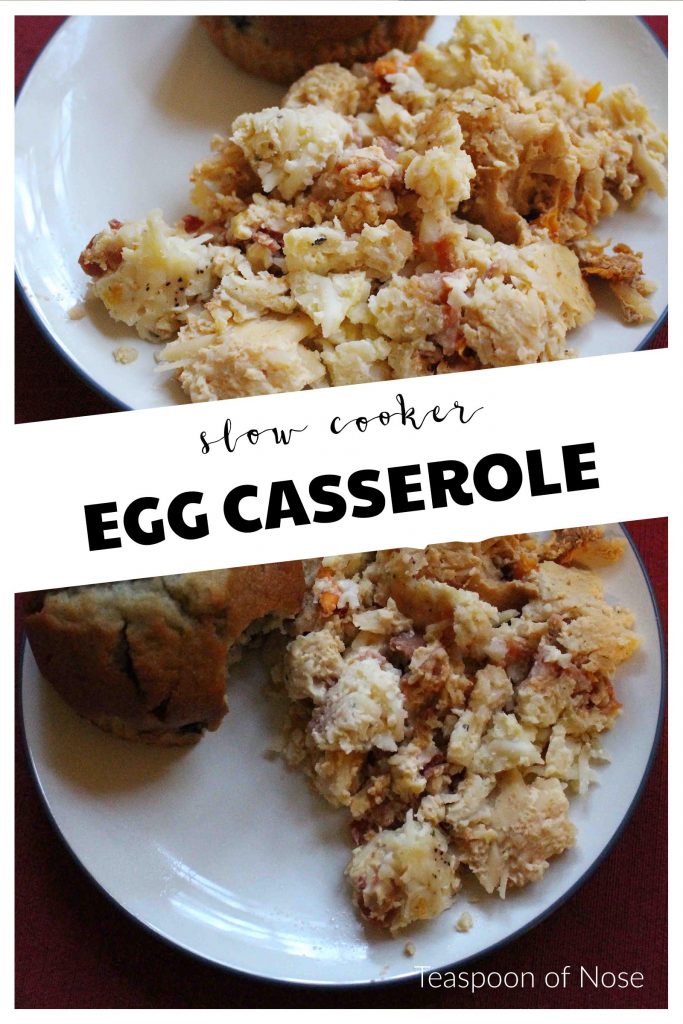 For Taylor’s brunch-themed bridal shower, I claimed making an egg casserole. I otfen end up making desserts at these sorts of things, because I love any excuse to make something sweet. But I wanted to take advantage of the chance to cook for a crowd and expand my breakfast repertoire! 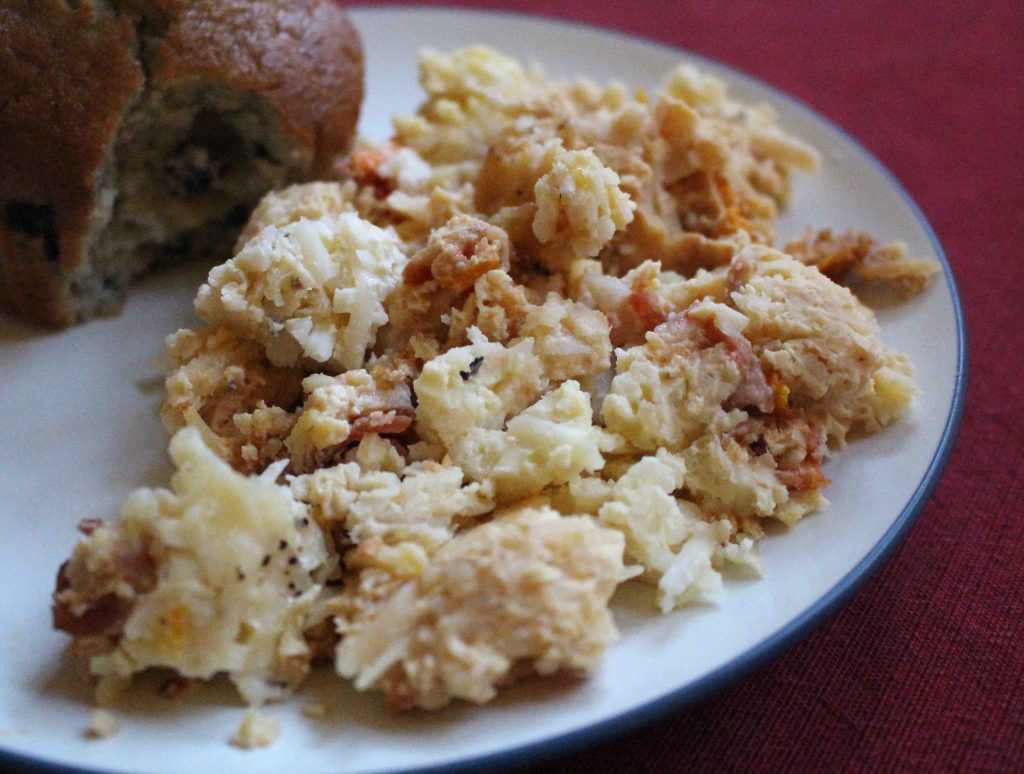 I wanted it to be gluten free and to have some veggies in there, just to sneak some extra flavors in. After spending entirely too much time on Pinterest, I ended up taking this recipe, changing it to fit my needs, and then cooking it overnight in the crockpot the night before to simplify the day’s preparation for the party! (Seriously, crock pots are possibly the best invention ever.) 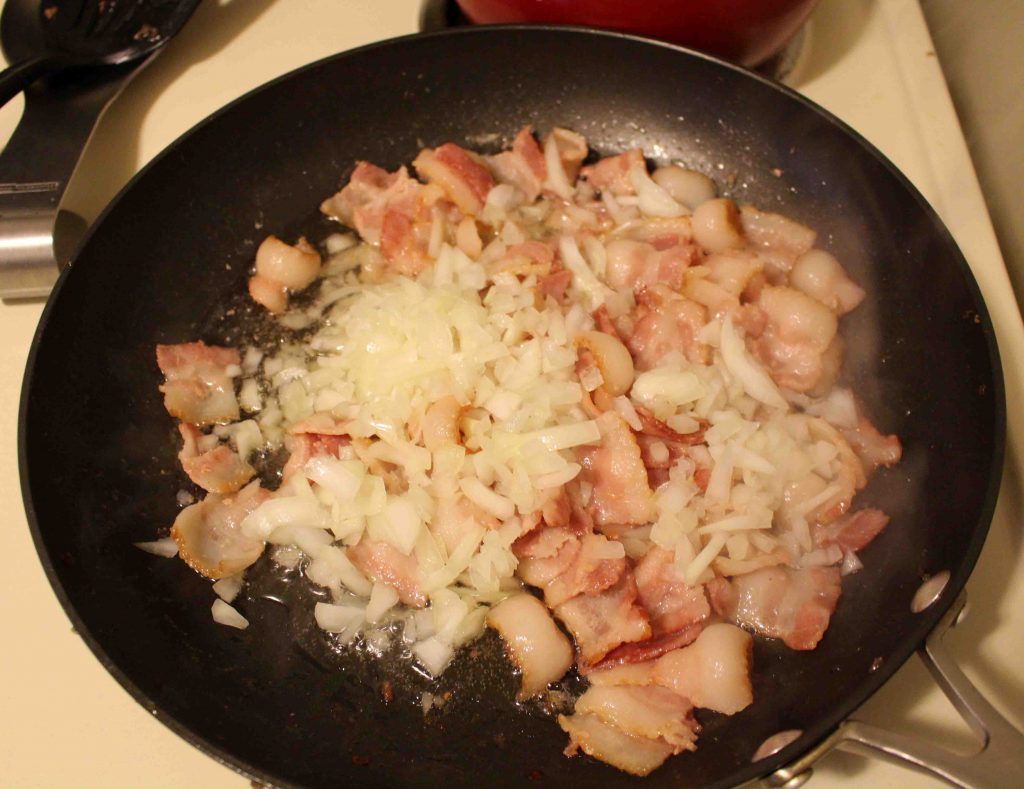 Cook the bacon chunks, then add the onion. 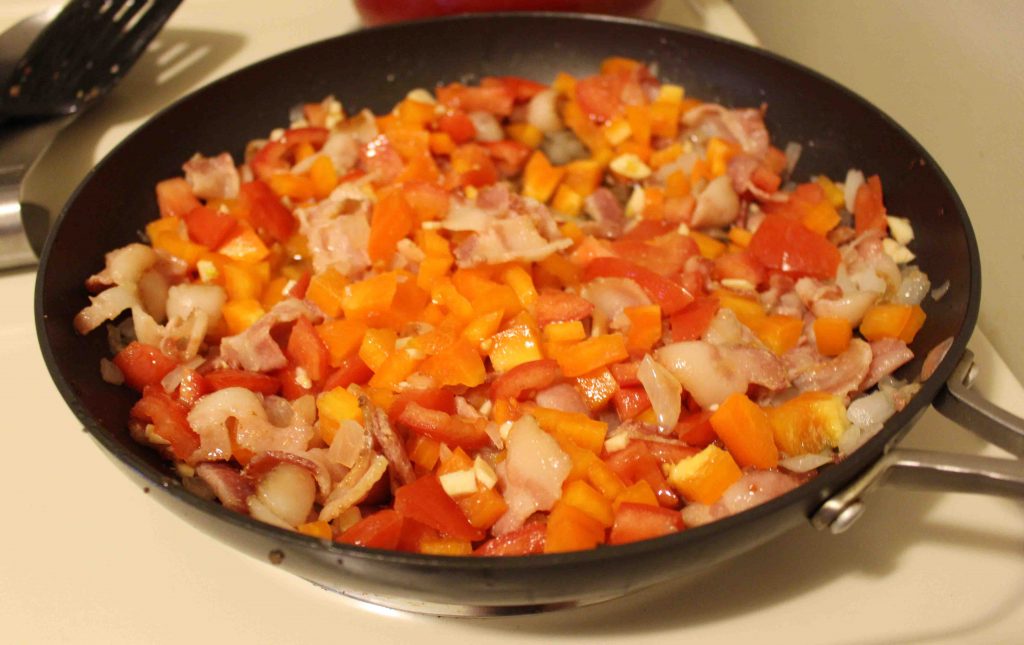 Add the peppers and garlic. After a few minutes, add the tomatoes. Cook until all the veggies are softened. 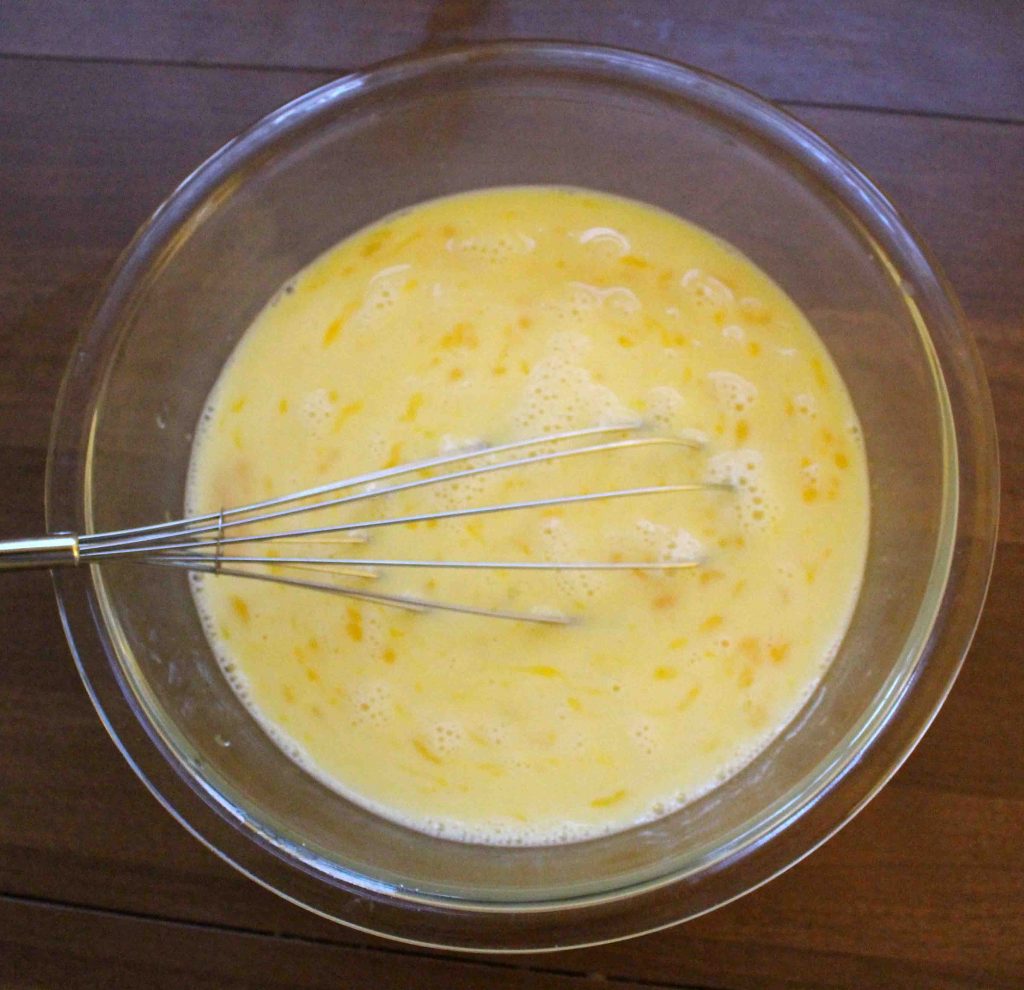 Let the veggies cool a bit. Meanwhile, whisk egg and milk together. 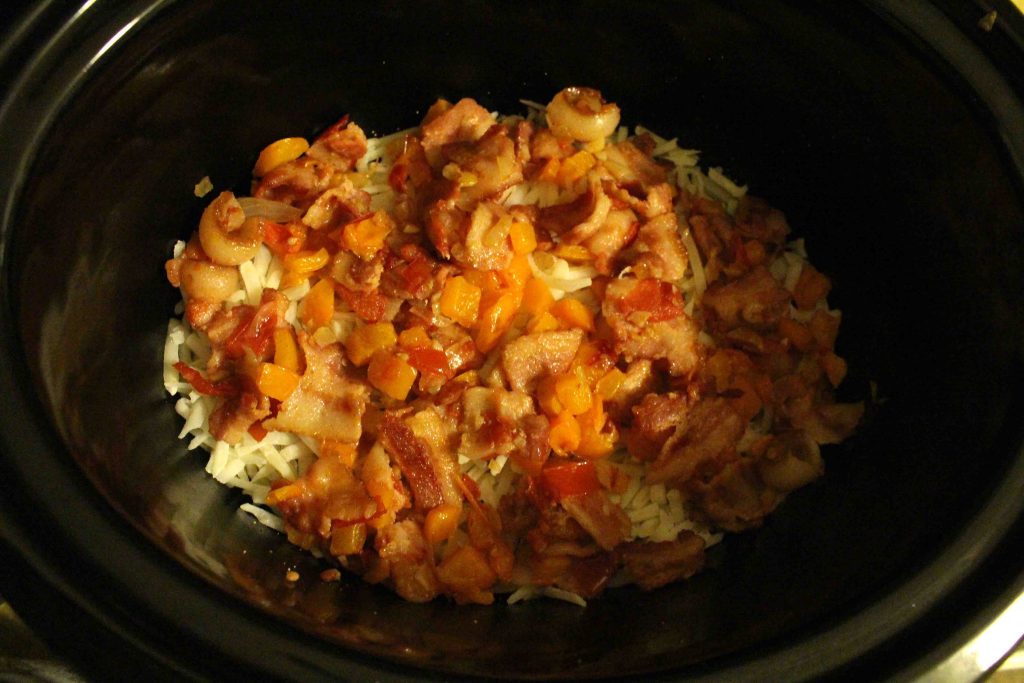 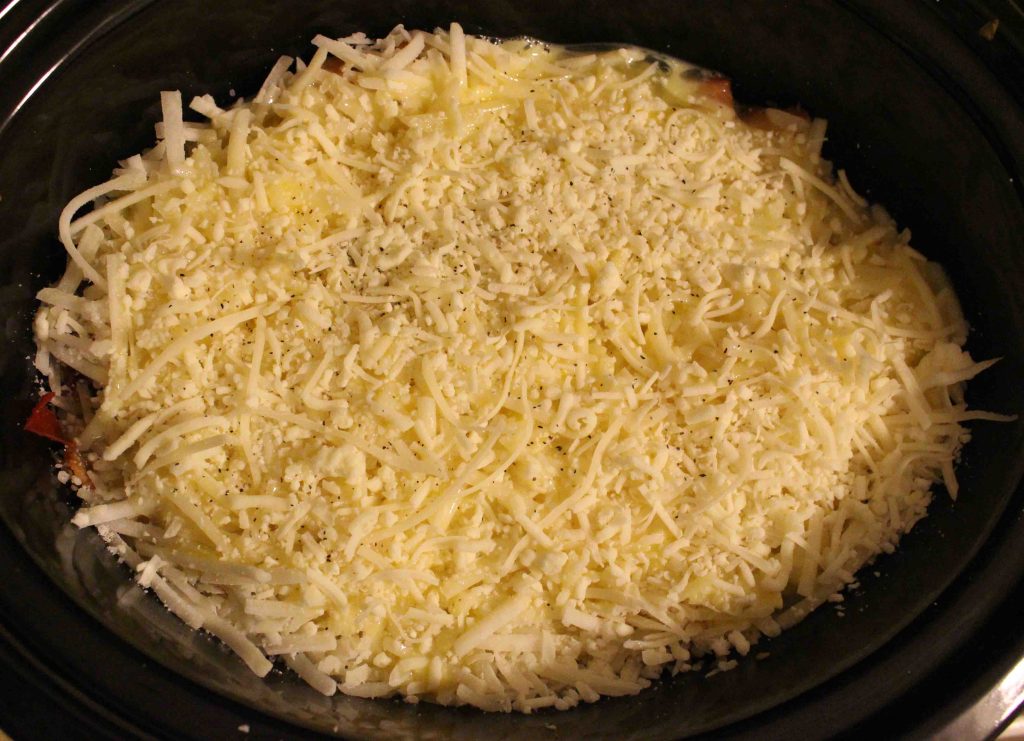 End with potatoes and cheese!

Once all the layers are done, pour the egg mixture over everything. 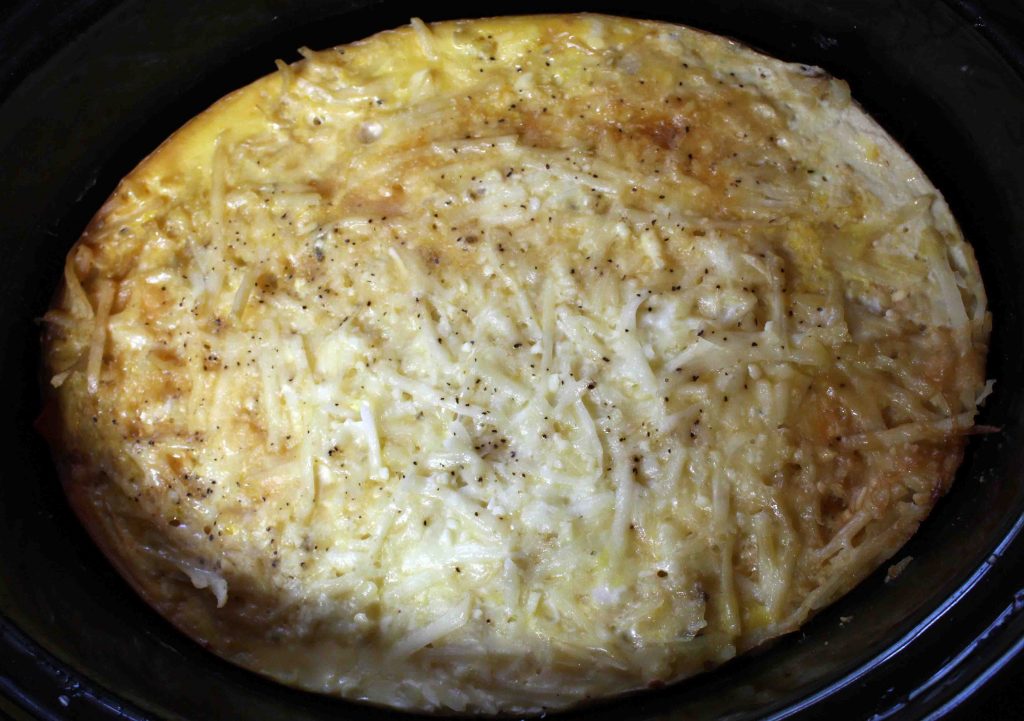 Cook the crockpot on low for 8 hours.

You end up with a messy, hearty, tasty breakfast that feeds as many people as you can host! 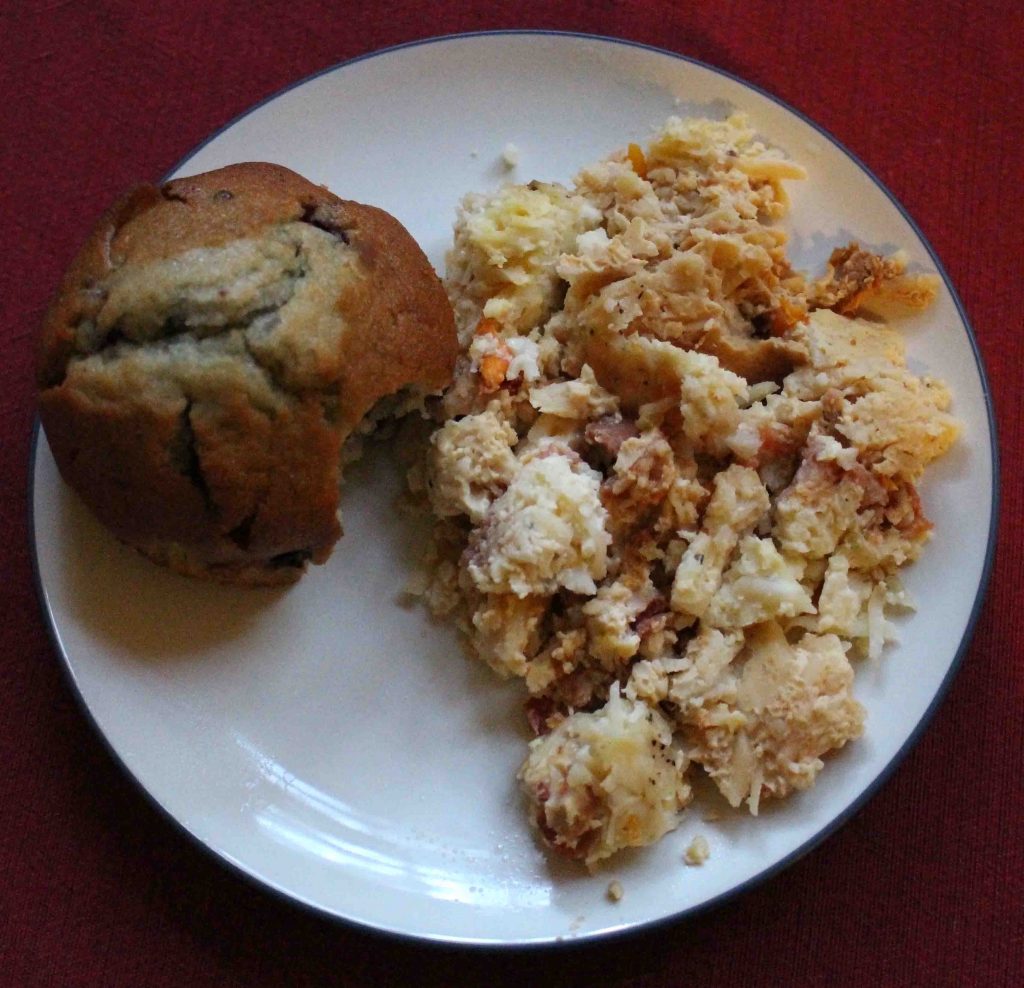 One note: the quantities in this recipe are huge. We were feeding 30 people at this shower, and there were only two protiens, so I really didn’t want to run out. Also, I have a giant crockpot  which can handle this much. Make sure you can fit all this if you keep the quantities!

*= Cheddar is a traditional choice. This time, I used Trader Joe’s quattro formaggio – think a parmesean and fontina combo. 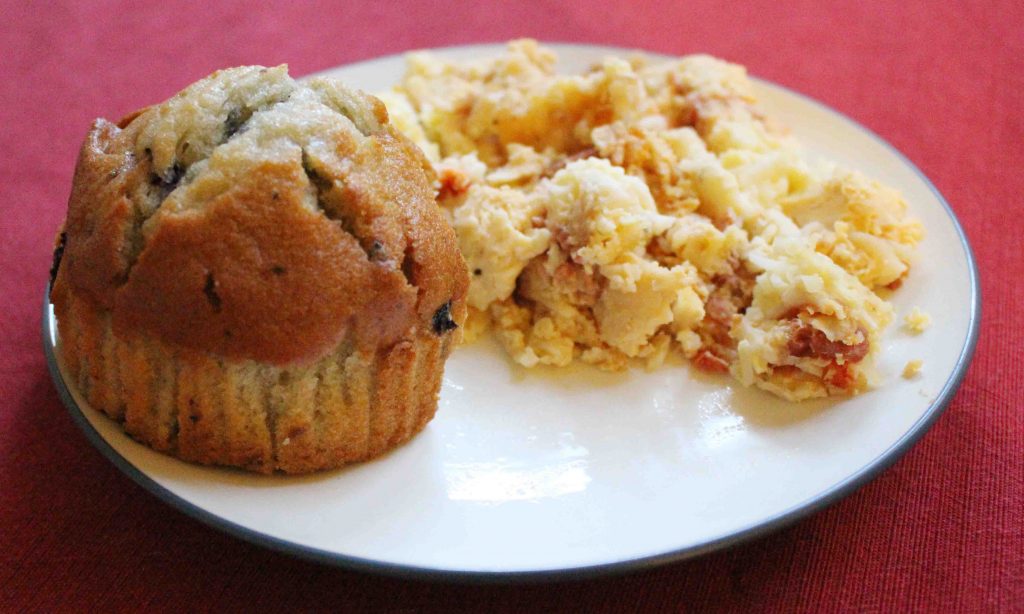 What’s your favorite breakfast food to feed a crowd? Try this slow cooker egg casserole next time you need something easy!