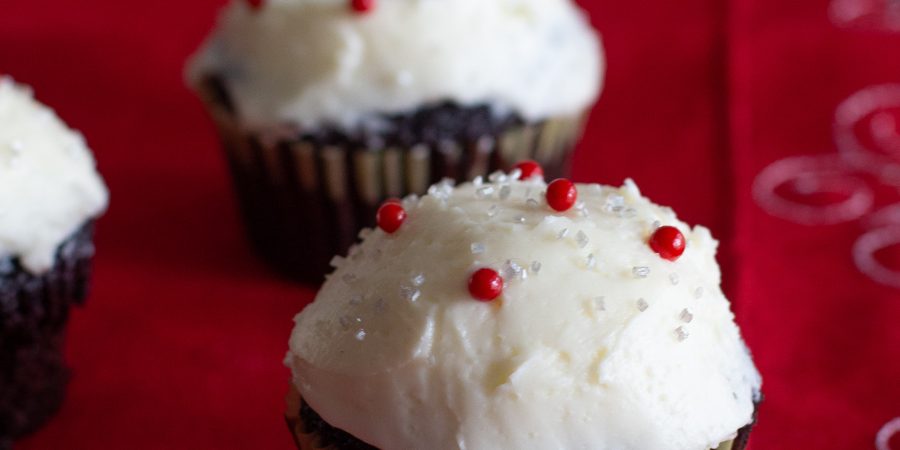 The cupcake itself is an old standby of mine I’ve been using for years. It actually made its first appearance on Teaspoon of Nose as mandrake cakes for a Harry Potter Halloween party, but it’s my go-to chocolate cake recipe.

The peppermint swiss meringue buttercream tastes like those buttermints you get after a meal – they’re rich without being overwhelming, and the butter offers a balance to the peppermint.

The two come together in a holiday bite that just begs to be enjoyed next to a Christmas tree!

Swiss meringue buttercream is great for frosting entire cakes, because after frosting you can refridgerate it to let the frosting set, and then it give the sharp lines and beauty of fondant frosting without having to eat fondant.

But since most of us are socially distancing/locked down this winter, I figured cupcakes are the better choice over a perfectly frosted cake.

What you should know to make Peppermint Swiss Meringue Buttercream

Because it’s a bit intimidating the first time you make it, I want to give a bit more instructions to walk you through making swiss meringue frosting.

First, the eggs. When you separate them, my advice is to use one small bowl that you break the egg white into. After each clean break (meaning no yolk in the bowl), dump the egg white into your bigger mixing bowl. Basically this prevents you having to start over if you get yolk into the big bowl on the ninth egg.

We heat the egg whites to bring them up to safe eating temperatures. I believe 140°F is the minimum safe temperature, but I typically go up to around 150° for good measure. Don’t go much over that though, because you don’t want them to start actually cooking through. Doing this over a double boiler gives you more control this way. It also allows the sugar to melt in, giving you that lovely smooth texture in the final frosting.

After beating the egg mixture, you know it’s done when you get soft peaks. Basically, it should look and feel like marshmallow fluff at this point.

When you’ve added the butter and letting it go to town, it will at some point look like it’s curdled. It looks weird, as if you messed it up somehow. This is normal. Don’t panic! Keep going. It’ll come back together as the lovely swiss meringue buttercream you’re hoping for.

Keep in mind that peppermint extract flavor tends to grow with time, so I wouldn’t make a massive batch of this and freeze it for next time.

With that in mind, I think you’re ready! 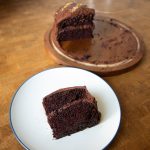 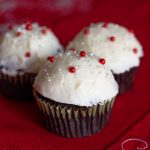 That’s it for a perfect little Christmas bite!