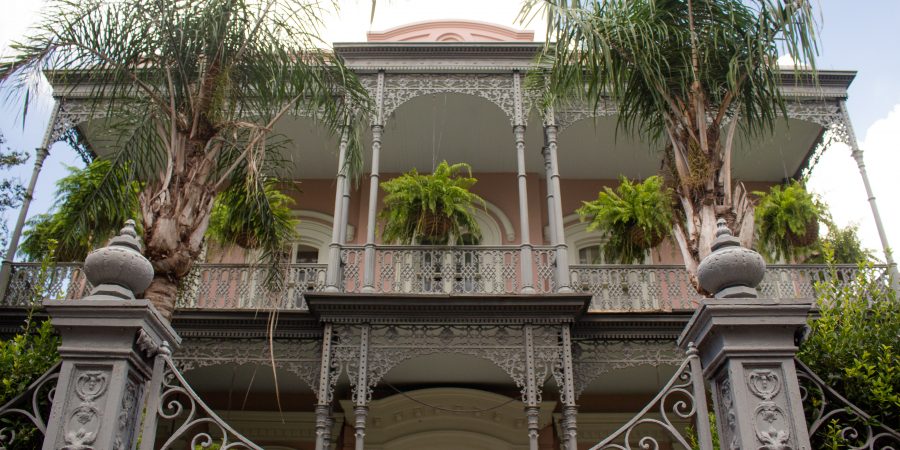 In a party city, is it worth heading over to the more sedate Garden City?

I headed over to check it out!

When people think of New Orleans, they picture Bourbon Street and the French Quarter. Picturesque homes on sedate streets with beautiful gardens isn’t what immediately comes to mind.

But New Orleans’ Garden District offers another side of the city: less raucous energy, more local flavor, with just as much history and culture. And spoiler alert: it’s 100% worth checking out!! Whether for a couple hours or the day, it’s a great neighborhood to explore.

One of the most historic restaurants in New Orleans, it’s been opened since 1893 and has been an icon ever since. Nearly every big chef in the city worked here at some point. If you’re lucky, you can get a table on the additions to the restaurant, which allows you to walk through the kitchen to get to your table! It definitely whet our appetites to smell everything first.

For those of us not rolling in dough, going at lunch makes the visit infinitely easier on your wallet.

Another fun reason to visit at lunch? Martinis for a quarter! Yes, you read that right: one of the nicest restaurants in the city offers martinis for twenty-five cents.

We lucked out and visited during New Orleans’ restaurant week, which has got to be one of my favorite inventions in the restaurant world. If you’re unfamiliar, you get a two- or three-course meal for a fixed price, and it’s a great way to try restaurants you can’t normally afford!

We tried the hog’s head risotto and crab bisque for appetizers, then both chose a seared gulf fish with eggplant puree. No kidding, this was one of the best fish dishes I’ve ever had. It was coated in cajun spices, but the contrast of delicate fish with creole flavors was unexpected; simultaneously light and rich.

As I’ve mentioned before, New Orleans’ cemeteries are iconic. There are several scattered throughout the city, but Lafayette Cemetery No. 1 is the oldest in the Garden District and worth a visit.

It’s free to visit and easy to wander around reading the crypt markings. This cemetery reflects the mostly Irish and German immigrants that made up this area’s population in the past, rather than the mostly French and Creole names you’d find in the French Quarter’s St. Louis Cemetery No. 1.

That being said, the best way to go is to do a walking tour! We found a local company, Tours By Steven, which does a combination cemetery & garden district walking tour. They offer a 2-hour walk through the cemetery and surrounding blocks in small groups most days. (We booked through TripAdvisor to avoid the convenience charge, so if you’re planning to, use this link.)

Tours by Steven was fantastic. Our guide covered both historical and pop culture in the tour, including pointing out different scenes from various movies and TV shows moments. I liked that John was fun, knowledgeable and relaxed without being too theatrical.

We saw several famous residents’ homes, including Sandra Bullock, John Goodman, and the Manning household. No famous people were spotted this trip, but I hear you find John Goodman walking his dog occasionally.

Whether a famous person lives there or not, all these old homes are beautiful. Tall windows and ornate ironwork line the porches, dating back to when the lack of air conditioning made most of the architectural decisions.

Another great thing worth noting about Tours By Steven is that we had some issues with our booking – my fault, not theirs – and after reaching out, I heard back from both our tour guide and Steven himself on my question and they solved my problem quickly and smoothly.

The Garden District is a perfect way to spend a day! It’s definitely worth spending part of your New Orleans trip here, especially as a contrast to the French Quarter!

What’s on your list to see in the Garden District??

6 thoughts on “Is New Orleans’ Garden District Worth a Visit?”