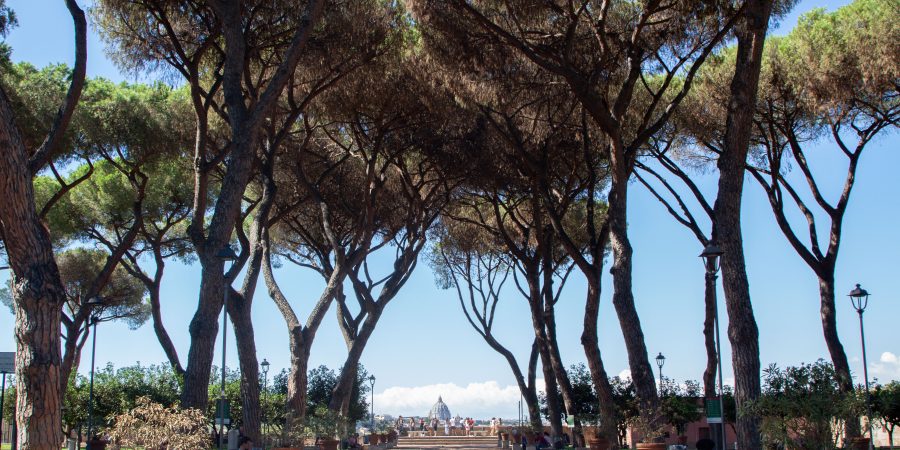 If you’re dreaming of your next trip to Rome and want ideas beyond the classics, I’ve got you covered!

Rome is stacked with things to do. Much like Paris or New York City, you’ll never run out of museums, sights or architecture to soak in. But if you want to get a little off the beaten path, I’ve rounded up some options for what to do on your next trip to Rome!

A seriously underrated way to spend time in Rome is walking. In a city with thousands of years of history, it’s easy to focus on the big stuff. But that same history lines the streets of smaller, more local areas.

Set aside a morning to see the local rhythms. Act like a true Italian and take a passagiata around a local piazza before dinner. There’s so much to see whether your thing is architecture, art, history, or people watching!

Not sure where to start? My top choice is Trastevere, but you can’t go wrong with Jewish Quarter, Campo de’ Fiori, or Prati!

It’s easy to get overwhelmed if you try to cram in 54789234789 art museums. Once Logan asked me,  “are we seeing any more golden Jesuses today?” and I think that question sums up the art overload that’s so easy to achieve in cities like Rome and Florence.

So I suggest prioritizing art and museums. If you want one great one and you’ve already seen the Vatican and the Capitoline Museum, head to the Galleria Borghese.

The Galleria Borghese is a little like a microcosm of all that Roman museums have to offer: stunningly beautiful art made by names you’ve heard in a truly incredible setting. The villa held just as much draw for me as the art.

Bonus: if you’re traveling with a group or with kids, the villa sits in a massive park. Leave the husband and kids outside and you’ll be done in two hours or less. Everyone’s happy!

As of September 2020, this is a required book in advance museum.

Like I mentioned, the Galleria Borghese sits in a massive park! Called Villa Borghese if you’re searching online, it’s the former lands and gardens surrounding the historic property. The Borghese family was a bit like the Medicis of Florence: wealthy, influential, and did what they could to run Rome. Several Borghesi were popes.

The park itself reminds me a bit of NYC’s Central Park in that it has a variety of settings and feels, depending on what you’re looking for. There’s sculpture, fountains, bike rentals, and plenty of green space. It’s a great respite from the city life if you need a break.

The Aventine Keyhole is one of those sights that never makes your “must do in Rome” list the first time around, but if you mention it to an Italian, they’ve probably gone to see it.

The keyhole is part of the Priorato dei Cavalieri di Malta, or the Priory of the Knights of Malta. If you look through the massive keyhole door, you can see St. Peter’s Basilica perfectly aligned, complete with trees framing it. Also, because the land under the Priory is considered sovereign Maltese soil, you’re looking at three countries in one view: Malta, Italy, and Vatican City.

This is classic Atlas Obscura, if you’re into that kind of thing (which is 100% am). It’s the type of thing worth adding to your next trip to Rome, even just for the gorgeous city view!

Did you know that the areas surrounding Rome are dotted with catacombs? In ancient Rome it was illegal to bury bodies within the city, so underground burial sites became the norm.

Many of them are Christian, but some are either Jewish or pagan. I explored the catacombs of St. Callixtus, the biggest one which sits only 15 minutes by car outside the heart of Rome.

Since Christianity was fo questionable legality at the time, catacomb burials were often secret gatherings and the St. Callixtus site was actually forgotten and left undisturbed for centuries. Rediscovered in 1854, it contains both tombs and art that are nearly 2000  years old.

Guided tours lead you through the underground catacombs, and St. Callixtus offers them in at least 4 languages. You can’t take photos inside the catacombs, but don’t let that deter you from checking it out!

You can also book an organized visit through tour groups if you don’t want to bother with a taxi, but I’ll add that they don’t add much value for their additional cost. If you’re in a group, probably cheaper to catch a taxi and buy your own tickets upon arrival.

The Piazza del Popolo is a beautiful piazza north of the Spanish Steps. Famous for its two matching churches and often photographed, it’s beautiful but falls off the “must-see” list only because there are so many other architectural beauties in the city.

Historically, it used to be the gate out of the city to the main way north. The gate itself is massive – don’t skip walking through it to check out the other side!

While not a big thing throughout Italy, Rome has several great speakeasies! Complete with passwords and hidden doors, there are several if you’re into unique cocktails and late-night exploring. I’ll spill all the details soon, so stay tuned!!

If you want more classic Roman sites, I’ve shared here and here. But I hope this inspires you to get out and explore a bit more on your next trip to Rome! I’m also sharing restaurants near most of these spots next week, so check back soon!

2 thoughts on “Beyond the Colosseum: Your Next Trip to Rome”