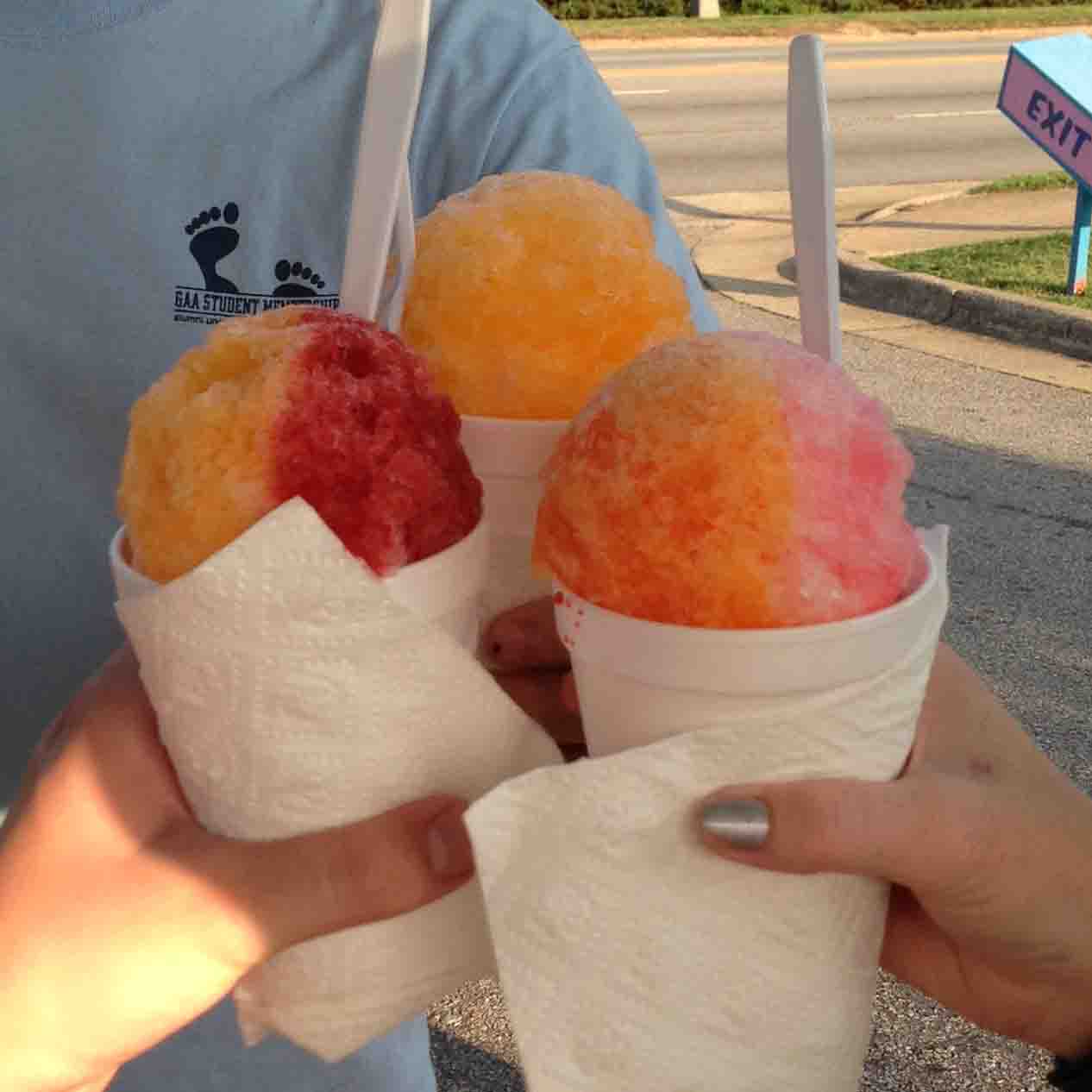 Hey friends! I’ve been MIA lately because Logan and I took an amazing and much-needed vacation last week. We visited my brother in Florida and went on a cruise! Words cannot express how great it was to get away from life/work/chores/deadlines and get some serious relaxing time. And to get some solid time just the two of us after a  month of him being away was pretty sweet too. It was actually really lovely to be away from phones and the internet – I’m a big believer in the goodness that comes from being incommunicado for a bit. And a week away from social media never hurt anyone.

Getting serious downtime turned out to be just what I needed to hit reset on the chaos that life has been for a while now. Now that we’ve returned to the real world, I feel better than I have in… months, and I am pretty pumped about that! The (eventual) start of the fall also means that life in Myrick Manor should slow down a bit, thanks to the never-ending slog that is law school. But I’m actually excited to start figuring out what my rhythms will be in this new phase of life!

So in honor of summer, this week’s Triangle Tuesday is Pelican’s SnoBalls! What, you ask, are snoballs?

This. This cone of slush and syrup is a snoball. It’s a snow cone, but one of the better ones I’ve ever had.

First, a confession. I mostly think that I don’t like snow cones. So often the ice has melted and refrozen to the point that it’s like sucking on ice cubes and ending up with a cup of neon-colored syrup, and I don’t love when the syrup just takes like sugar without any other flavoring to speak of. I can never think of a time in my life where I’ve had the thought of “I could really go for a snow cone right now.”

I can be the first to say that I have been proven wrong on multiple accounts here, most notably Matsumoto Shave Ice in Hawaii. It’s because of this place that in my family, we call them shave ice. (No, not shaved ice. Shave ice.) Because of my Hawaiian heritage, I’m contractually obligated to like that place. But I digress.

So when my parents wanted to go get some shave ice after dinner recently, I went with low expectations but willing to give it a go.

The first thing that stood out to me was the building. You can’t miss it.

The second thing was the menu. Almost too many options!

When I finally snapped out of the daze caused by more flavors of snoballs than I thought possible, I actually got down to the process of choosing. In addition to your expected fruit flavors, they have a bunch of diary-like flavors (creme brulee, butterscotch) and even things not typically sweet (dill pickle? really?). You can get multiple flavors per snoball (more flavors in bigger sizes), and they offer a couple suggested combos but the choices feel pretty limitless.

I finally settled on a combo of pink champagne and POG (typically passion fruit orange guava, they add pineapple), and I got vanilla ice cream in the middle – again, not expecting this to be amazing, so I knew I’d at least enjoy the ice cream.

I loved it! It was really sweet but not explode-your

-brain sugary, and the flavors were yummy. The ice consistency was perfect – I know, now I sound like a weirdo, but if you’re eating a dessert made mostly of ice, these things matter.

Logan got one of the pre-paired ones, called Shark Attack, which had “sour tsunami” and “tiger’s blood” flavors (whatttt) and little gummy sharks on top. He liked it: whatever tiger’s blood tastes like outside of a snow cone, it’s good in one. Also, you may be able to tell in the photo but they are MASSIVE. I think we got regulars, and I would probably switch down to a kiddie size next time – they are huge! Great for sharing though.

Another fun thing is that you can buy a bag of SnoBuck coins. Basically, you buy 25 coins for $20, and then use the coins as $1 tokens. Their version of frequent fliers. Naturally, my dad bought a bag and currently keeps some in his car.

Everyone (except Ben, apparently) having a good time!

We lucked out – it was one of those glorious hot nights that doesn’t have too much humidity, so we hung out at the picnic tables, laughing and trying not to drip too much. After we finished, we looked over to realize they had a cornhole set, so we stayed even longer to get in a round! 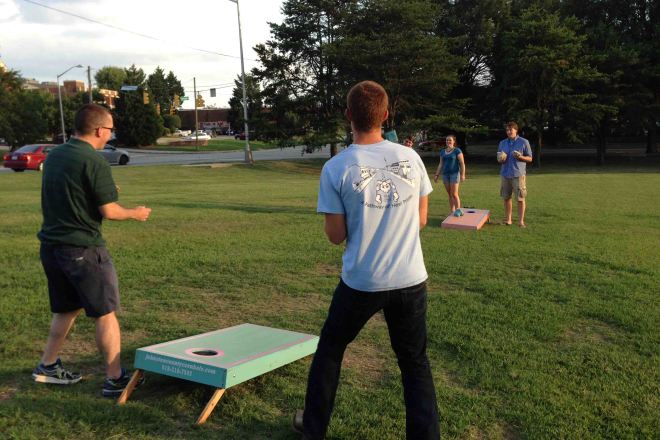 I was by far the worst player. My hand-eye coordination leaves something to be desired, to say the least.

In case I haven’t been clear, you should go! It’s fun and delicious and you will never try all the flavors. Again, my parents loved it so much that they keep SnoBall coins in both their cars, just in case they suddenly have a driving need for shave ice. Which has happened several times since we first went.

More good news? It’s a chain, so they’re all over the south. There’s two in Durham.

What are some ways you’re savoring summertime?