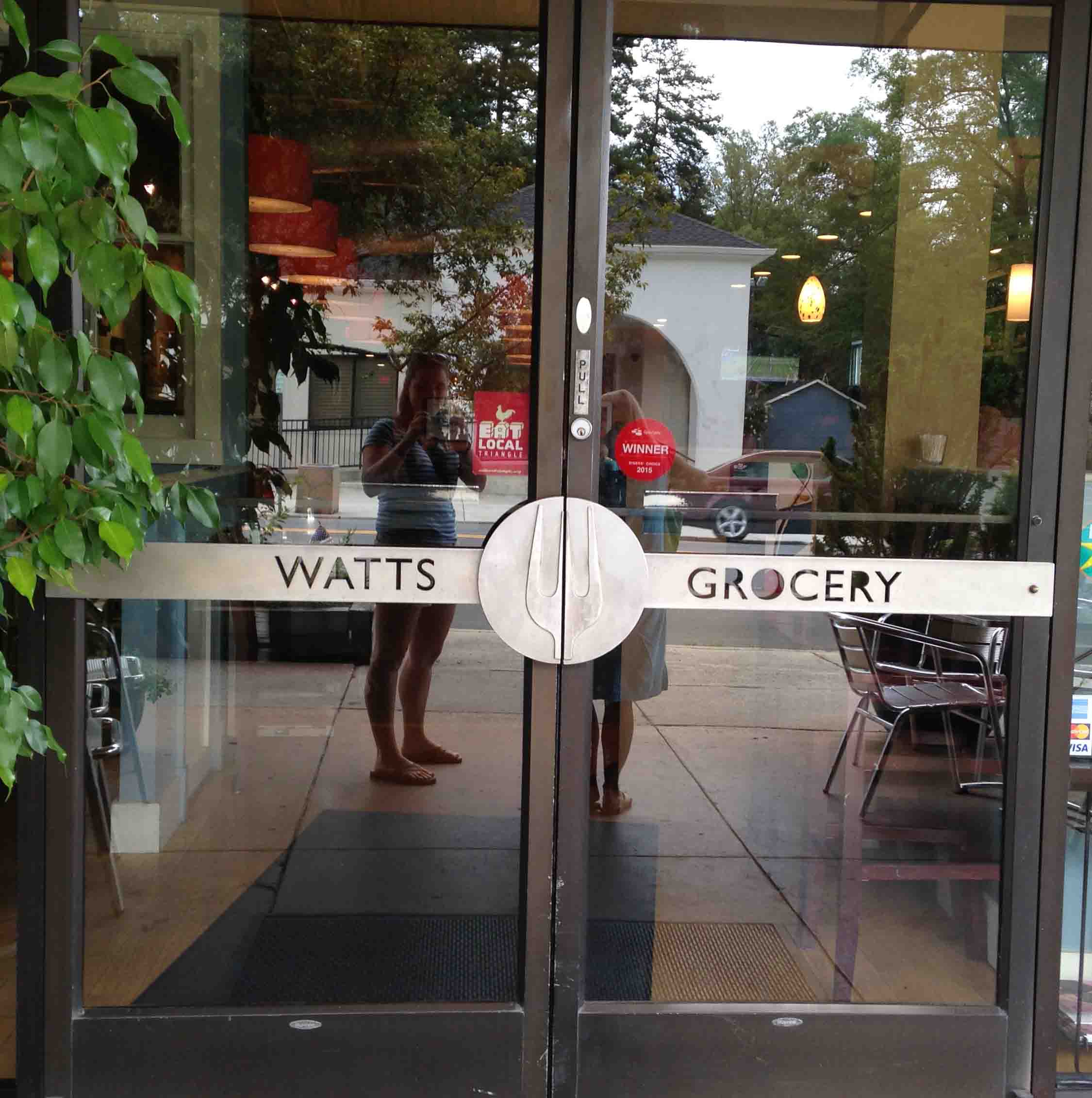 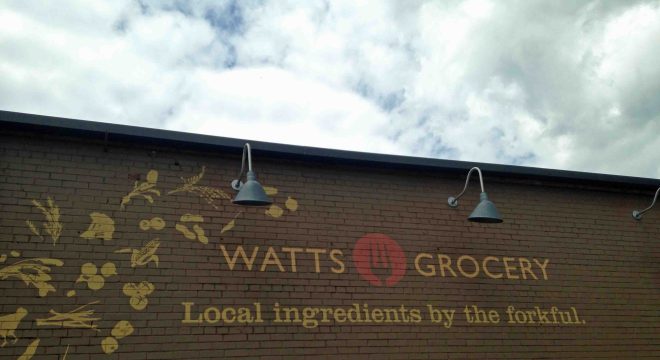 A couple weeks ago, I grabbed lunch with an aunt. We both have a thing for trying delicious new restaurants, so we wanted something fun and brunch-y but somewhere we’d both not been before. Somehow we both had never sampled Watts Grocery for breakfast/brunch, despite it being on both our food bucket lists! Decision made.

On a Saturday, the place was busy but didn’t feel over packed. We had to wait for a table but it was only about ten minutes, so no big deal. The menu had a good mix of foods: it had separate breakfast, brunch, and lunch sections. (I definitely didn’t know there was a difference in types of foods serves at breakfast and brunch. Clearly a brunch newbie.)

While we caught up, I

tried the blood orange mimosa. They had regular ones too, but I’m always up for trying classics with a twist. And believe me, so worth it. Blood oranges tastes both more mellow and more exotic than regular oranges, and turns out it’s great in a mimosa!

Watt’s Grocery’s thing is being super seasonal and taking advantage of the great local farms and produce options. So that means that even though we ate there in the past couple weeks, the online menu already has new options from the ones we had. I had the Farmer’s omelet, which was full of sweet potatoes, Chorizo sausage, and caramelized onions. And the best thing about it? The egg to filling ratio was perfect! There was so much food inside it! And the Chorizo gave everything a 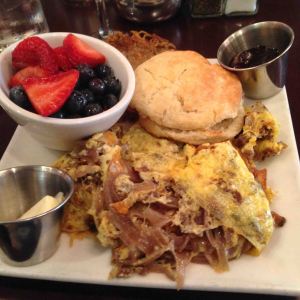 salty meaty taste that was so well-balanced by the sweetness of the onions and potatoes. Let’s be real, I’ll eat just about anything with sweet potatoes in it.  To make things even better, it came with hash browns (the shredded kind aka the best), a biscuit and fresh fruit. It was a ton of food, too – the kind of meal that was huge, but didn’t leave me feeling gross afterwards, just content. Perfect!

The staff were really friendly, and had adorable shirts with animals or plants on them. I wanted one for myself!

Overall: Watt’s Grocery brunch is a winner. Go check it out!

all images original to teaspoon of nose