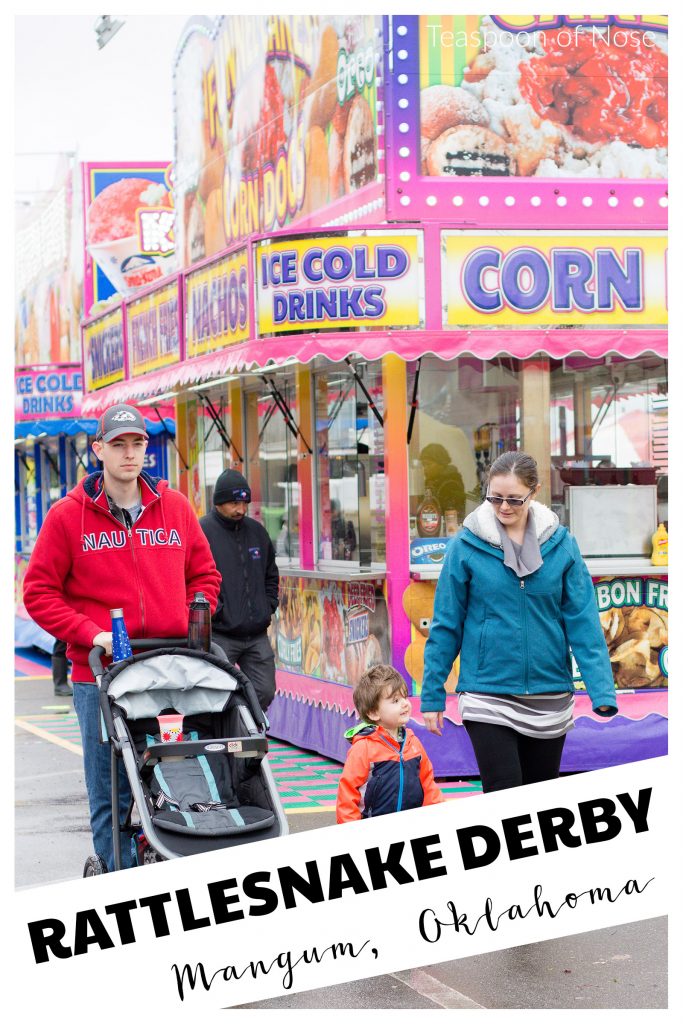 Within a month of getting back to Oklahoma, there were TWO somewhat-hilarious cultural events. Today I’m sharing one of these, the Mangum Rattlesnake Derby.

Over one weekend a year, the region’s residents flock to the area to see, touch, handle, and even eat rattlesnakes. My understanding is that they catch rattlesnakes throughout the region, seeing it as a way to deal with local pests and have a good party at the same time. Someone is crowned the Rattlesnake Derby Queen. Based on the name, I wanted them to somehow race them around a track but alas, this isn’t a thing. (I have no idea how you’d do this safely, but this doesn’t seem to be a huge concern in other aspects of rattlesnake-related events.)

Apparently this used to be a BFD in these parts. Locals treat it like a mix of the state fair and a street party, dressing up and taking off work to spend the whole weekend at the Derby.

Unfortunately,  the night before the Rattlesnake Derby we had tornado force winds, not an altogether surprising event around here. So we went to the Derby, but things were pretty desolate that morning: rides weren’t open, some of the artist stands has damage, and many opted to stay home.

We braved the elements anyway and set off! 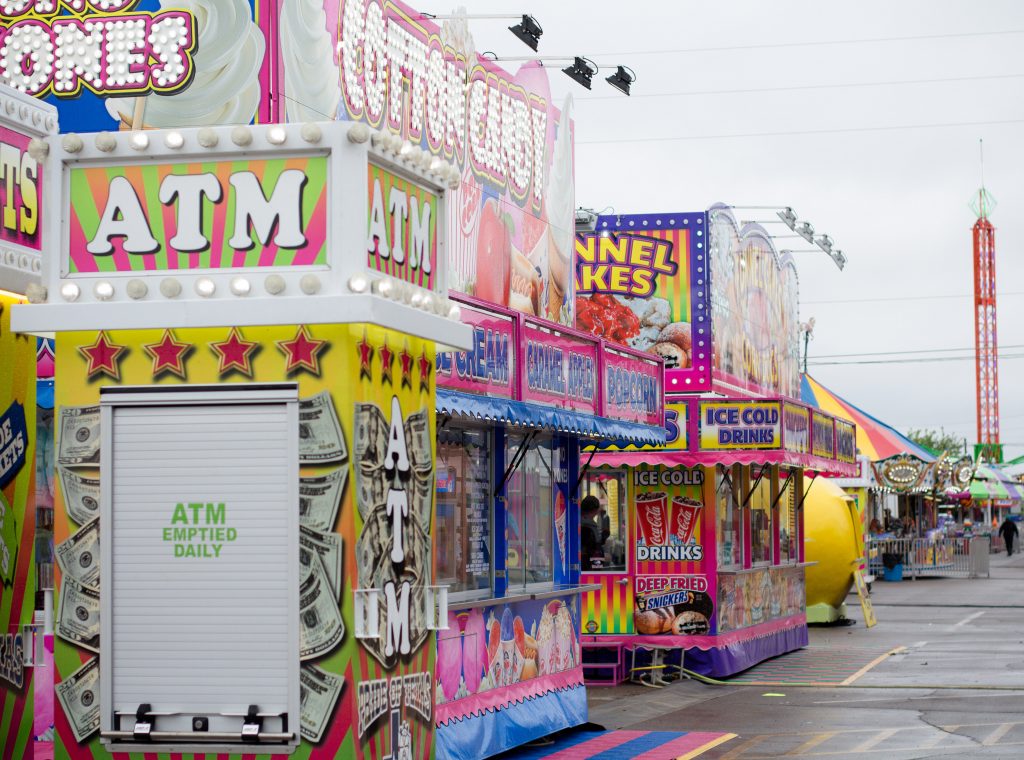 Things were pretty quiet when we were there – it still threatened to storm which scared most people off. But it meant we could let the two-year-old with us run a little further afield, and we could get as up close as we wanted to the rattlesnakes on display.

I have to admit, this wasn’t really my type of event. Questions could be asked about the treatment of the animals. But then they’re pests, so I’m opting to stay out of that particular debate. Either way, poisonous snakes aren’t really my jam to play with. 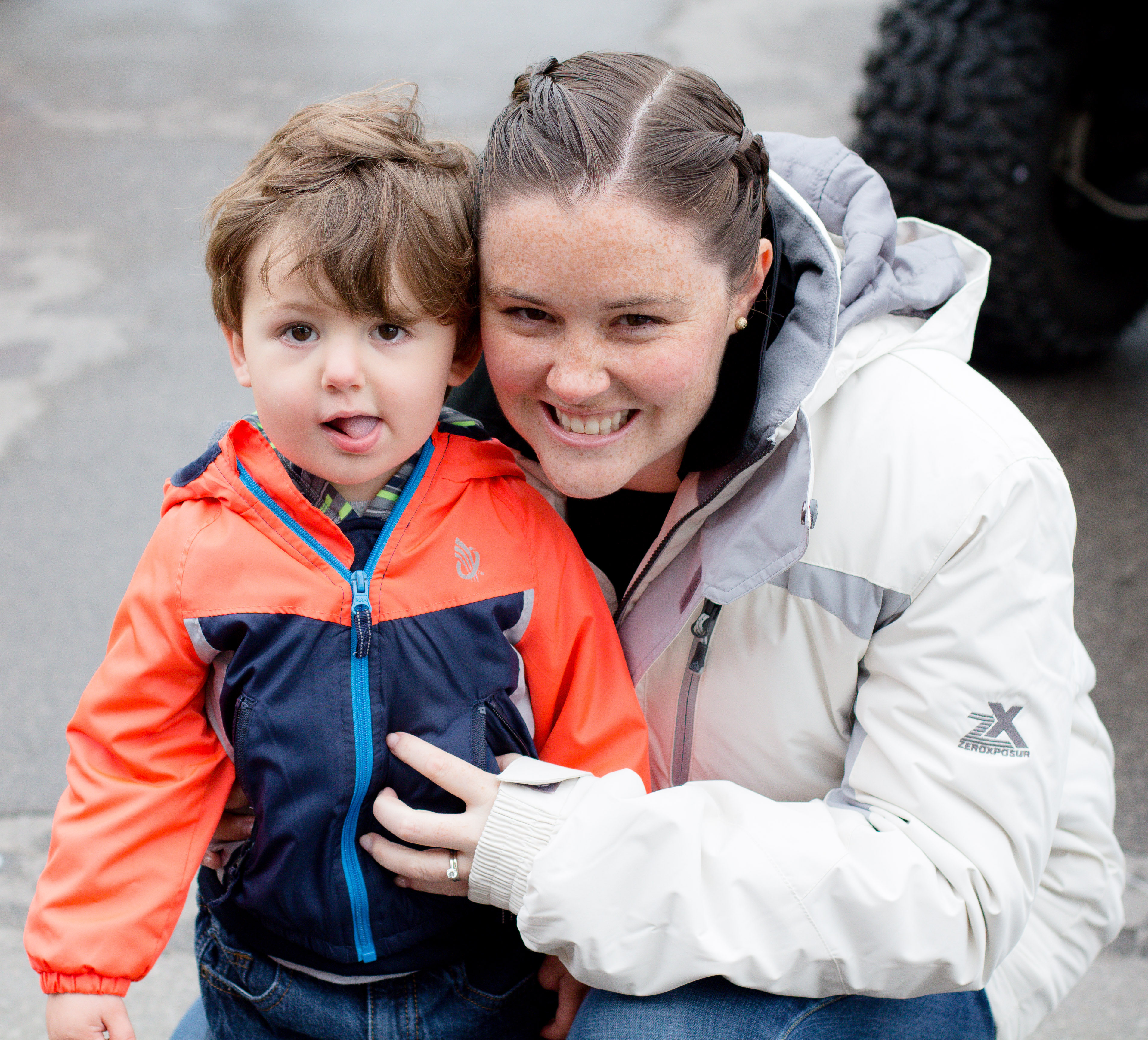 Beyond the classic fair fare, there was plenty of regional options. Chicken on a stick was a popular option, but the weirdest food truck offered chicken hearts (on sticks, of course). Local root beer? Check.

The star food was obvious: rattlesnake! Fried, of course. Most of us tasted it while trying to ignore the fact that we munched on it right in front of its live brethren. Stereotypically, it tasted like chicken. Maybe somewhere between fried chicken and fried fish. 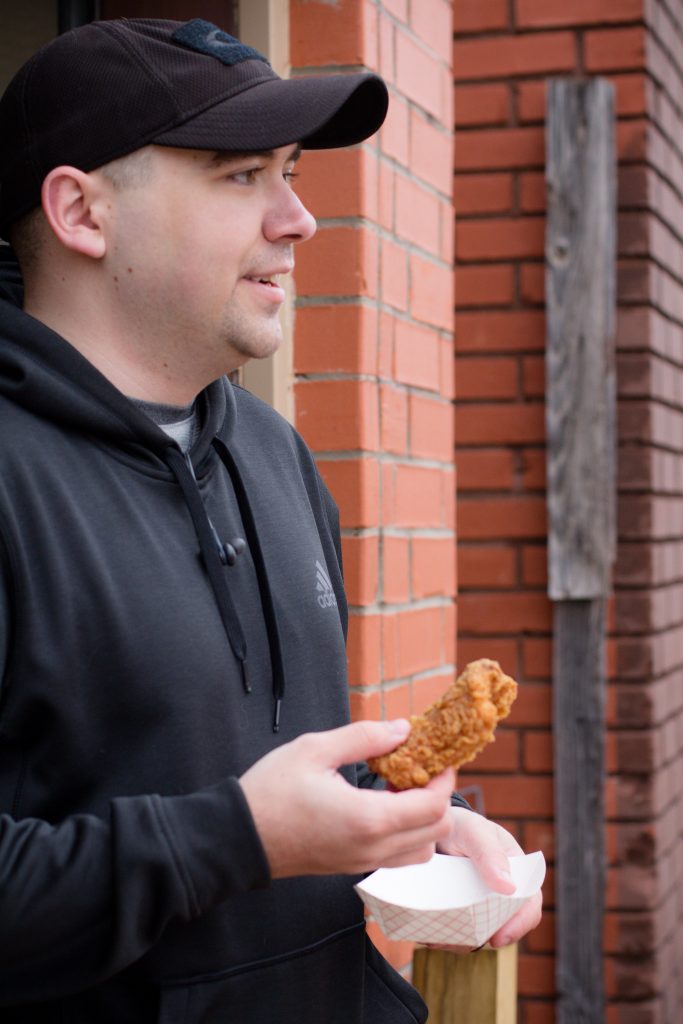 We had a great time at the Rattlesnake Derby, even if we didn’t get to experience it in full force. Will we go next year? I doubt it. It felt like a “do it once and check it off” kind of deal. But I’m so glad to have checked out such a local event. If you’re around in late April, it’s worth exploring for a bit. And it’s free, so nothing lost in wandering around for an hour, even if to get the small town carnival feel! 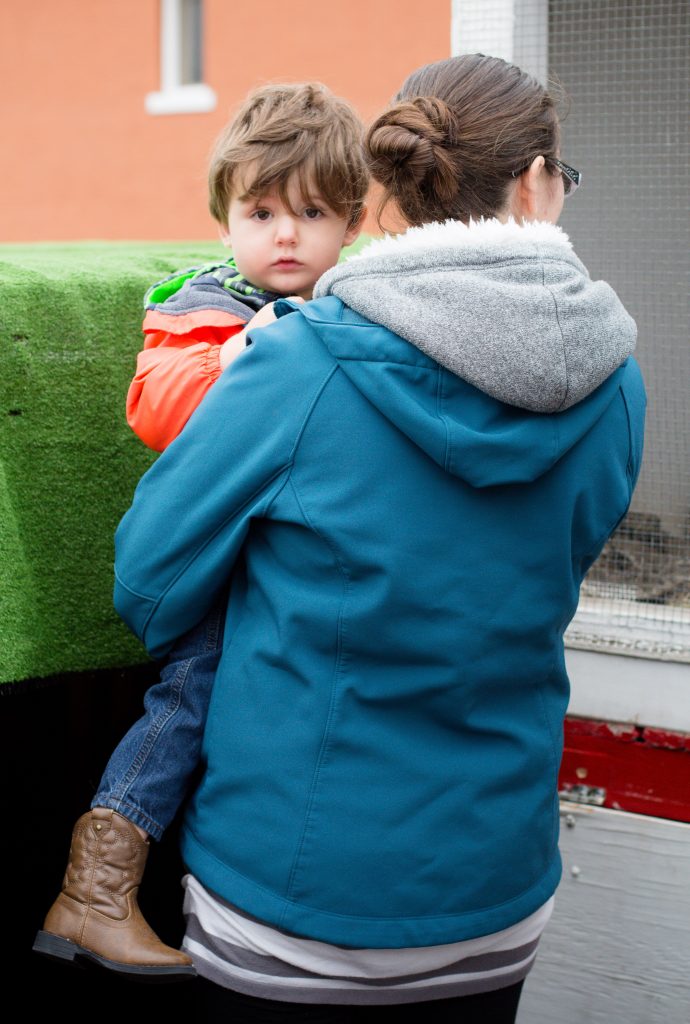 The other big local event this spring was the Altus Rockin’ Rumble! I promise, there’s no snakes in this one.