For the next 30 days, I’m doing Whole30! It’s a 30 day detox program designed to give your body a reset. I’ll share my journey we go, and hopefully have some great recipes to pass on as we go! 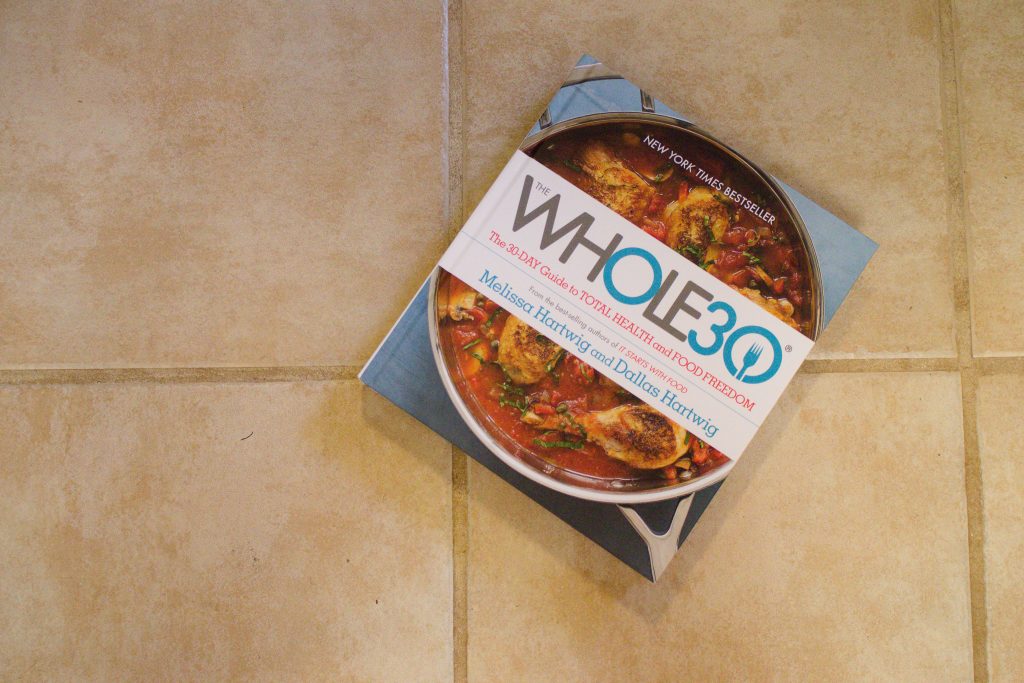 I’m not a diet person. Mostly because I like food too much. I’m the girl at the buffet who tries a bite of every dessert instead of picking her favorite. I ALWAYS eat a cookie if offered. I work out mostly because I like cupcakes and cheese, and more exercise means more of those things. I like hiking and being active, but running for running’s sake has never really made sense to me.

So when I’ve talked to friends who’ve done intensive diets or voluntarily gave up gluten (for reasons other than being Very Allergic), I didn’t necessarily get it. I was proud of them for making decisions to care for themselves that way, but I wasn’t jumping on that bandwagon with them. Plus, I don’t buy the whole weight-loss-diet thing. If I’m going to keep the weight off, it’s got to keep desserts on the menu. And not black bean brownies, the good stuff.

Over the past several years, I’ve had a lot friends do Whole30. It’s jaw-droppingly intense restrictions, but it’s only a month, and every single one said good things about it. It’s changed the way they eat without feeling too restrictive. Most have gone on to do it again every year or so, as a reset for their bodies. Okay, I thought, thumbs up for Whole30, but I don’t want to do it.

Over the past year, we’ve gone through a significant amount of transition. (I know that’s arguably true for your twenties as a whole. But bear with me.) Logan graduated law school, commissioned to the Air Force and promoted twice, moved across the country, settled into a small town, did our first holiday season on our own, got a dog, and each spent months living out of suitcases speckled in, both together and individually. It’s been quite a year.

The cumulative effect has been subtle, but noticeable. My clothes don’t fit as well, I’m not working out consistently, and my energy levels have been blah. I find myself reaching for junk food for snacks or lunch, skimping on veggies and loading up on the sugar.

I needed a reset. Something to get me out of my rut.

Which is what Whole30 claims to do! So I decided to give it a shot. 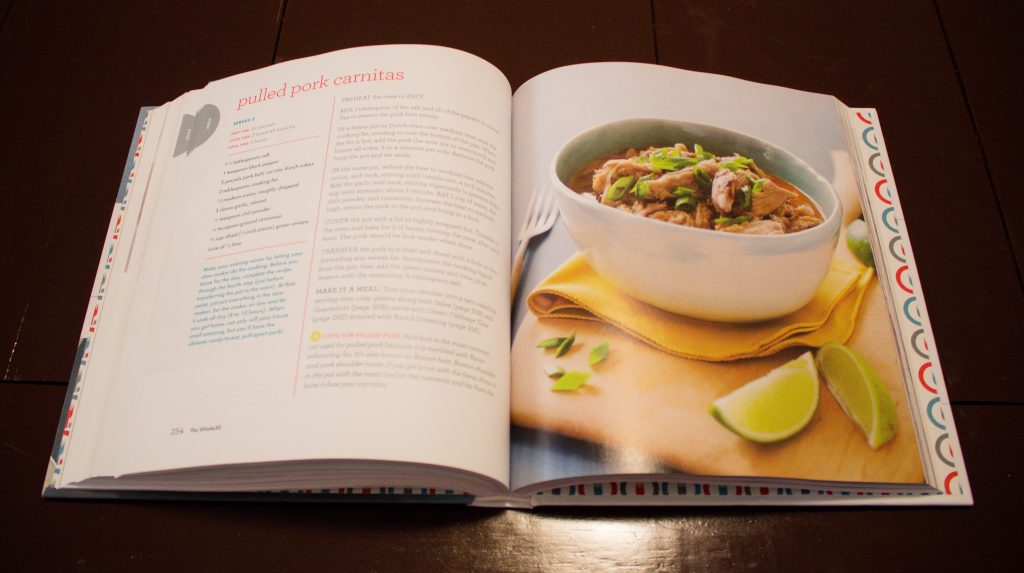 The first third of the cookbook lays out the philosophy behind it. I’ll spare you the nitty-gritty, but the main concept is this:

When we eat less than what’s best for our bodies consistently, our digestive system gets used to running on sugar rather than fat. Which causes mood swings, sleeping problems, inflammation, etc etc etc even in fairly healthy people. Getting off these reminds our metabolism to burn fat without starving yourself. Plus, it breaks the psychological/mental need for dessert, or a glass of wine with dinner, or eating out of boredom/depression/fill-in-the-blank.

There’s also a sub-reason: it’s an elimination diet, and if you suspect you have a sensitivity to something you can figure out what it does. I get this, but it’s not my primary reason for doing it so I may not share much in this arena.

When I spell it out like that, it sounds terrible. But the truth is that a lot of our weeknight dinners are pretty close to this already. Steak and roasted vegetables! Bacon & scrambled eggs with veggies!!

The hardest thing has been lunches.

For my brain’s sake, I decided to grocery shop for the book’s suggested week 1 meal plan. There’s nothing special about it, they just take care of the planning for the first week. The food is good, but cooking new things almost every single meal was a little much for me.

After two days, I substituted doing eggs, a banana and iced coffee for breakfast. Lunch was either leftovers or salad (green, tuna, or egg).

I’ve learned how to make things I’ve never tried, like mayonnaise, ranch dressing and spaghetti squash! I love trying new recipes and doing such a restrictive meal plan is forcing me to try new things instead of opt for the easy-but-full-of-sugar standbys I usually eat a couple times a week. 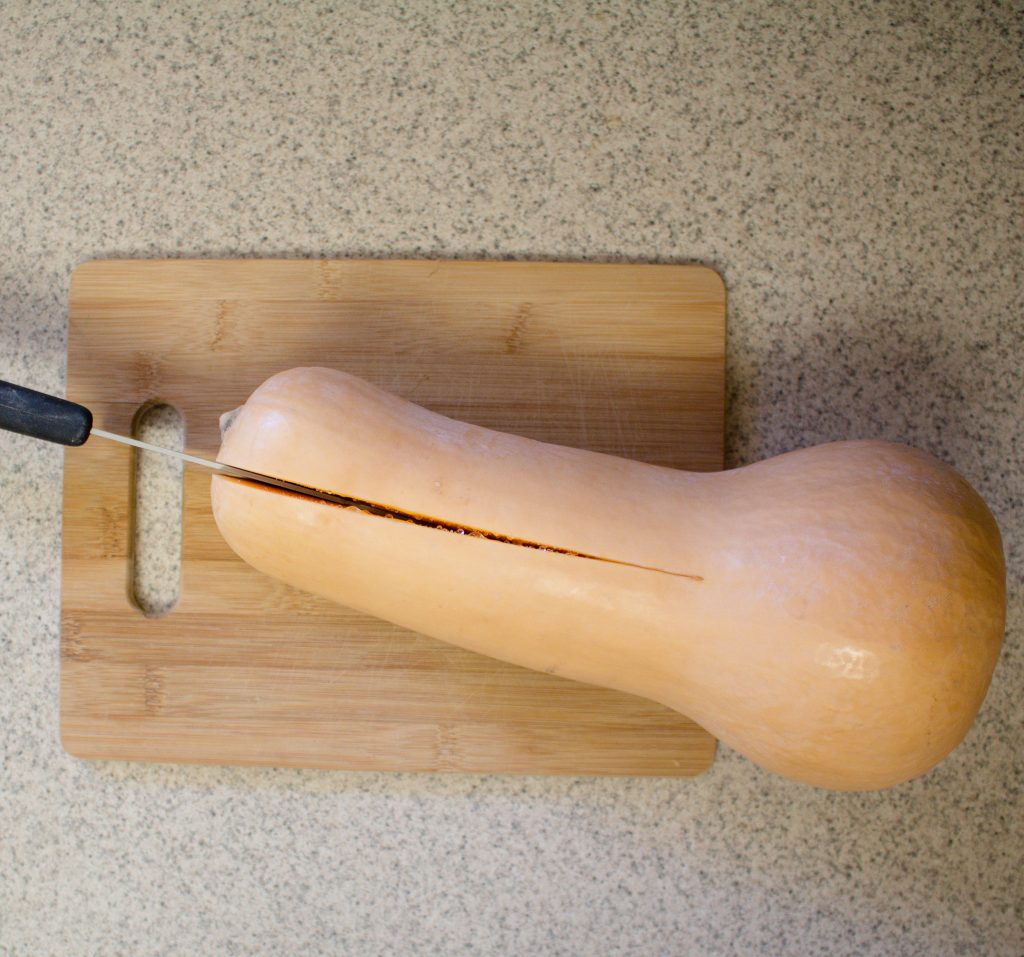 I haven’t felt it the detox effects too badly. Definitely had some headaches in the first few days and felt groggy in the mornings. On day 3 I woke up with some muscle aches, which could’ve been partially from exercise.

The most important thing I’ve found is to stay ahead of the hunger. If I wait until I’m hungry to figure out what I’m eating, I’m going to get hangry before I feel satisfied.

Week two will be more relaxed, I think. I’ve meal planned more classics I love to eat: curry, steaks, roasted veggies. This doesn’t have to be complicated to be compliant! 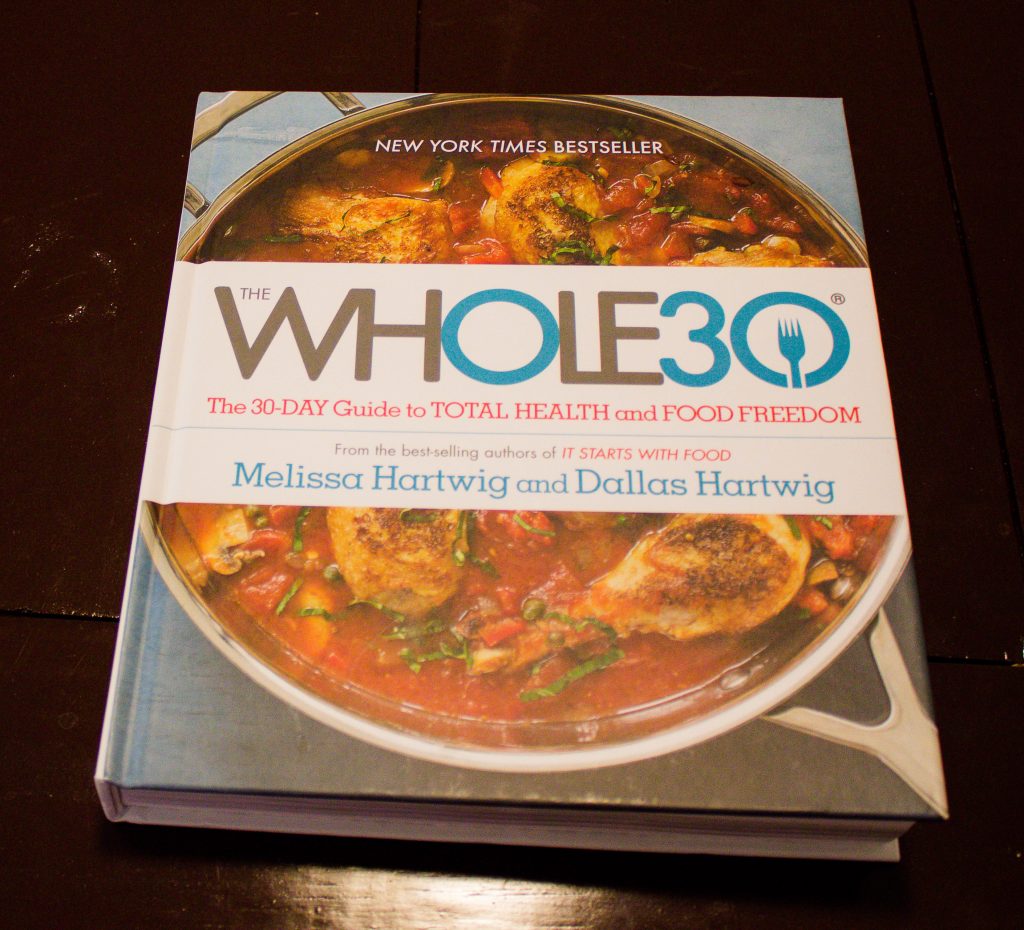 If you have any favorite Whole30 recipes, pass them on! I’d love to try them!

**Update: I completed Whole30! You can read more about my process here or how I felt after I finished here.