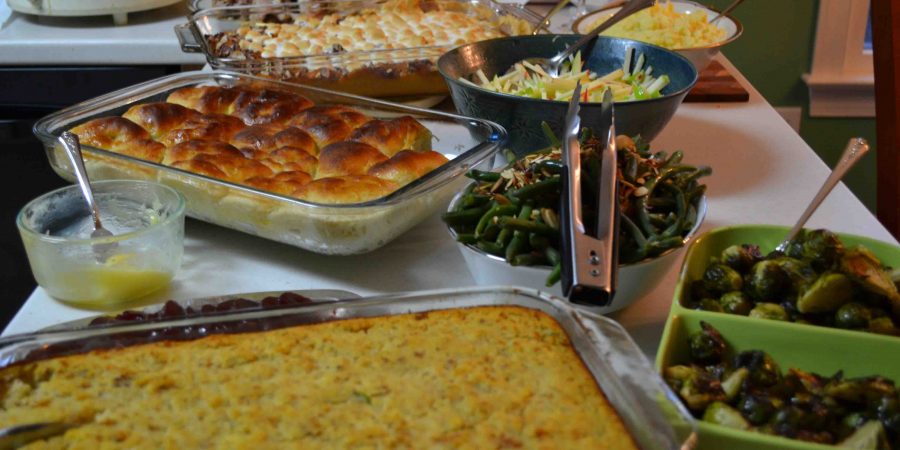 So how was your thanksgiving? Mine was fantastic! 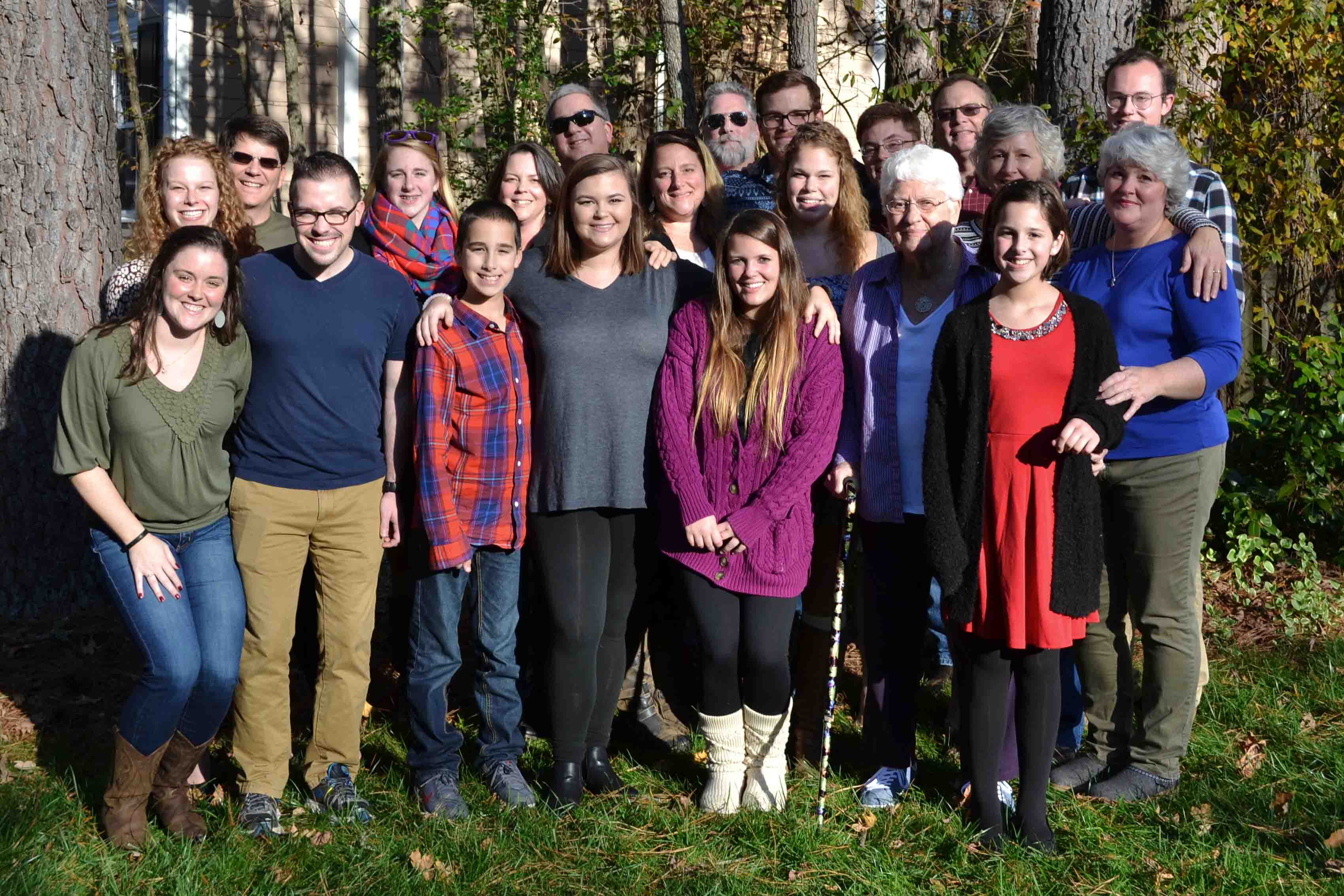 We had the traditional meal with all the fixins. My mom and I did the menu, which is so much fun because we have mostly tried-and-true favorites with a few near dishes every year. When we worked on it, I suddenly realized that we don’t do very many veggies, but about 7 forms of starch before you even hit dessert. Oh, for the love of carbs. 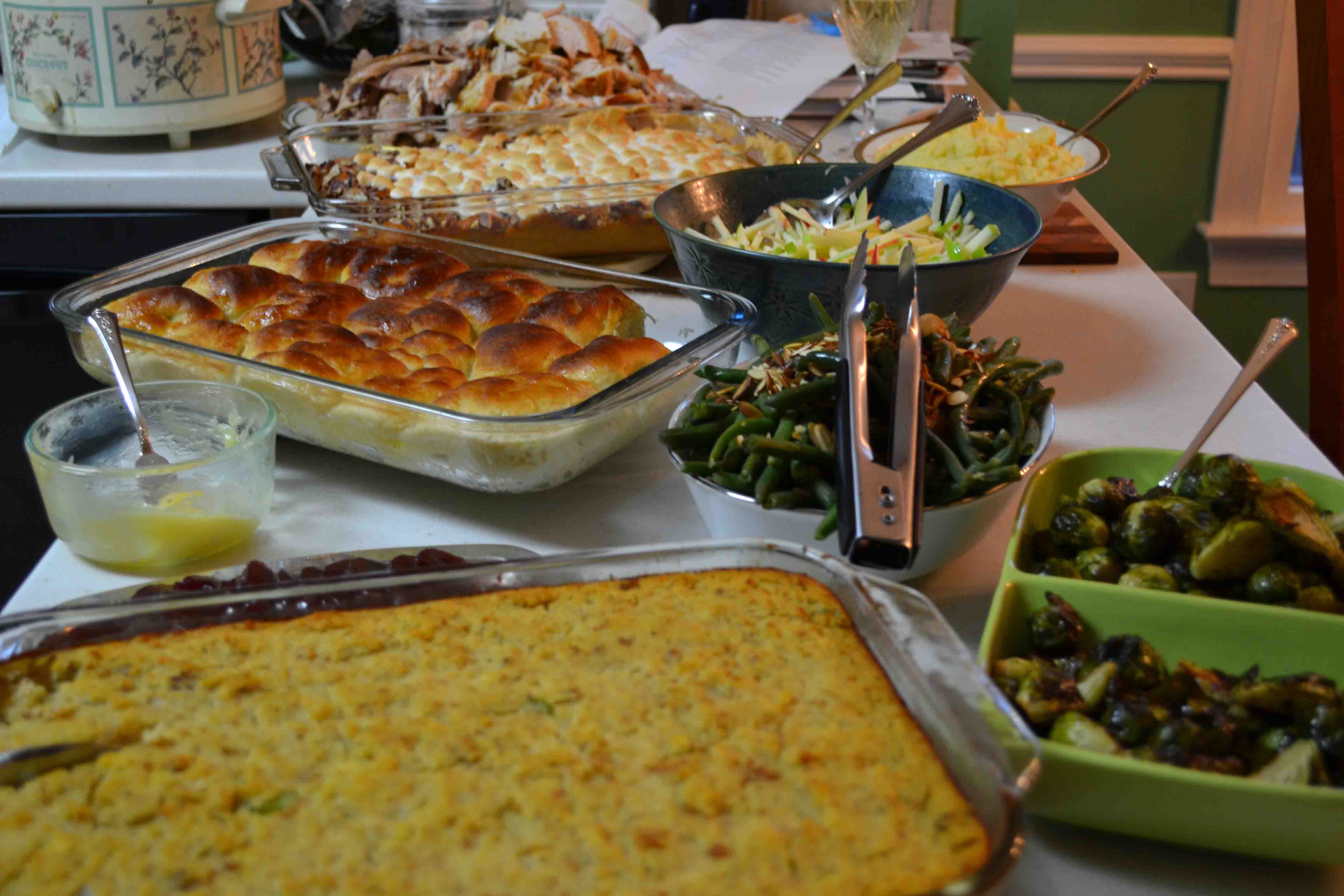 This year we did two big veggies: green beans and roasted brussels sprouts, which almost disappeared before the meal started – so snackable!

We are a fried turkey family. For those who haven’t been lucky enough to sample it, fried turkey is just the best. It doesn’t taste like fried chicken. More like the best most moist roasted turkey you’ve tasted. We don’t do it every year, but whenever we have a big crowd there’s a good chance someone has a fryer. It lets the cooking spread outside too, so there’s people in every room of the house and in the driveway catching up. 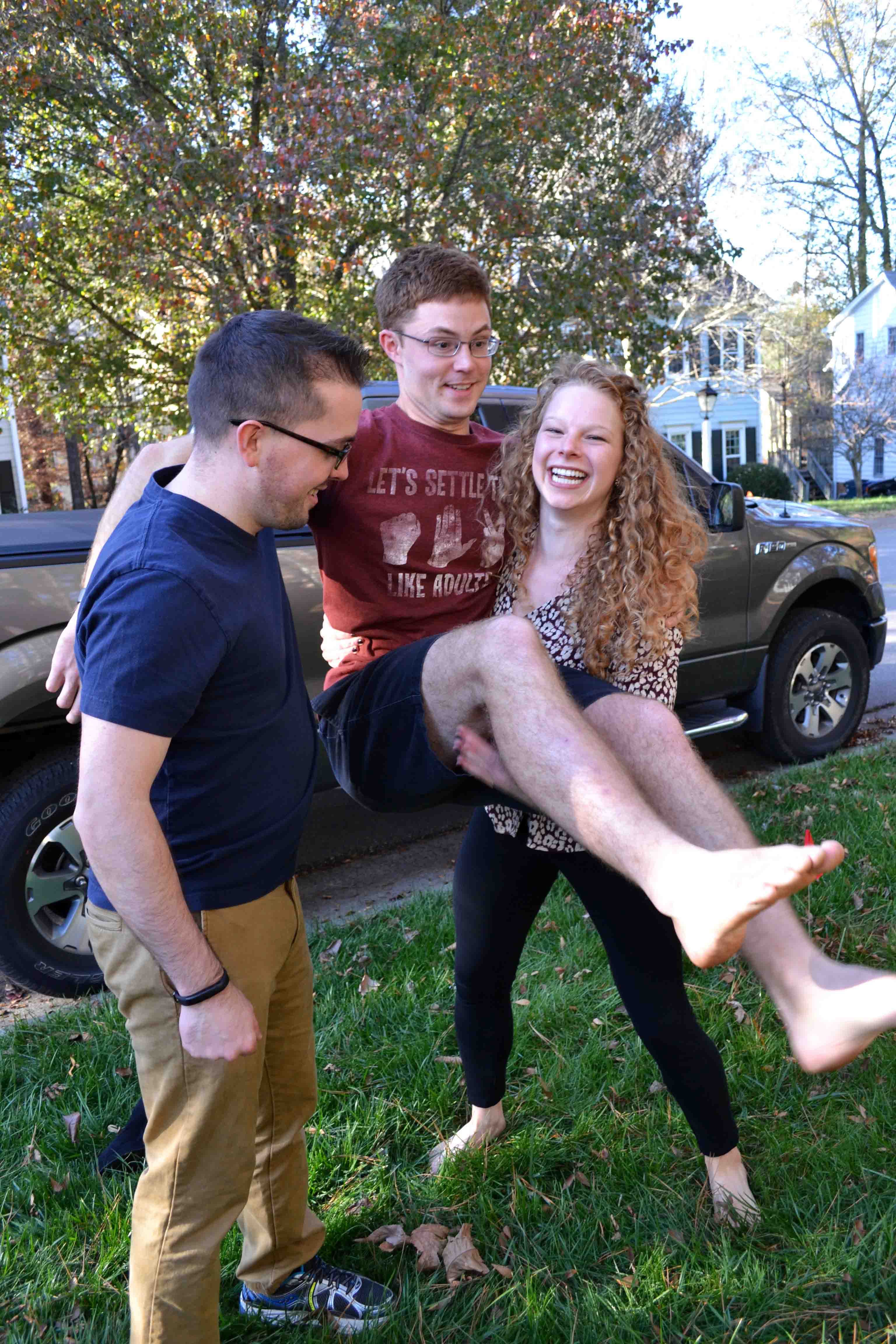 Don’t you love the random fun that goes down when you get big groups together? Putting on piano “concerts,” competing to see who could pick up whom, and playing “has anybody seen grandma lately” all made appearances during our day. My cousin Caroline even gave  me a makeover! For someone who spends less than 5 minutes on her morning makeup routine, I was way out of my league. She glammed me up right!

Inevitably, I harassed everyone into taking group pictures. This takes quite a bit of wrangling (see: finding people spread in every room of the house) and they give me a hard time, but then they’ve got their Christmas card picture done!

We feasted and feasted. The kids’ table, made up of 80% of which are high school graduates at this point, migrated outside – thanks North Carolina weather. After lots of snapchatting everything and a walk to the playground, we wandered back home to dig into pies and my gluten-free apple crisp. Stay tuned in a day or two for the recipe!

Admittedly there’s very little photographic evidence of the desserts, because of how much we like desserts. If I’d stopped to photograph it, I may not have gotten to eat any of it.

In lieu of dessert shots, I do have a post-dessert football watching, phone playing, and floor napping (yep, that’s me) photo that may indicate how much we enjoyed our dinners. 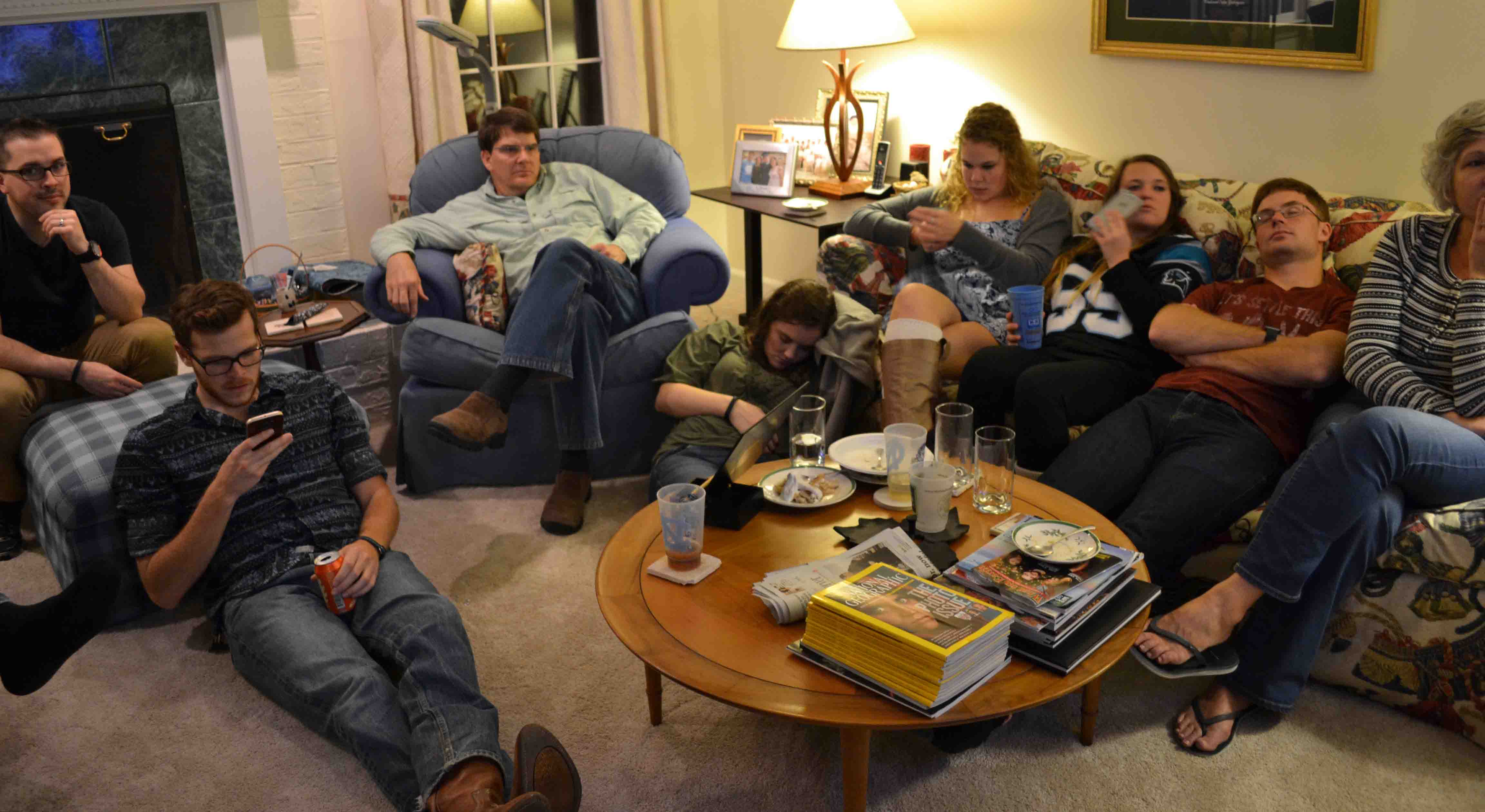