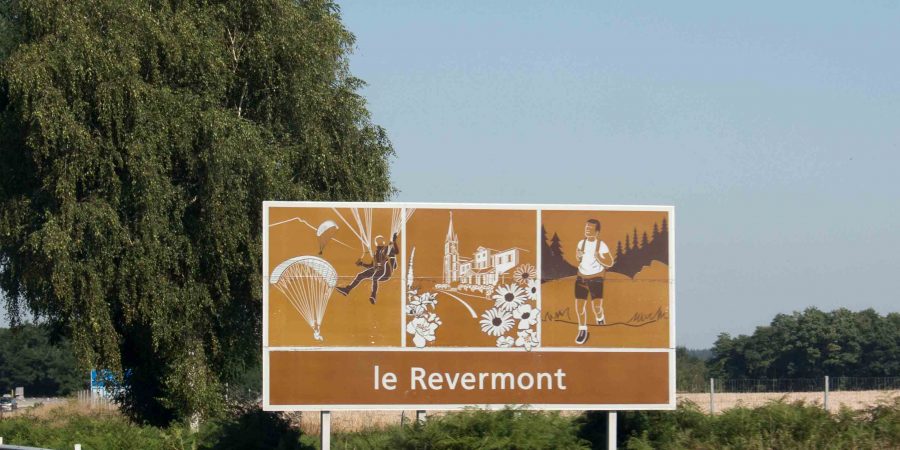 Driving is Europe isn’t for the faint of heart, but we loved the flexibility it gave. Here’s a few tips for planning your European road trip! 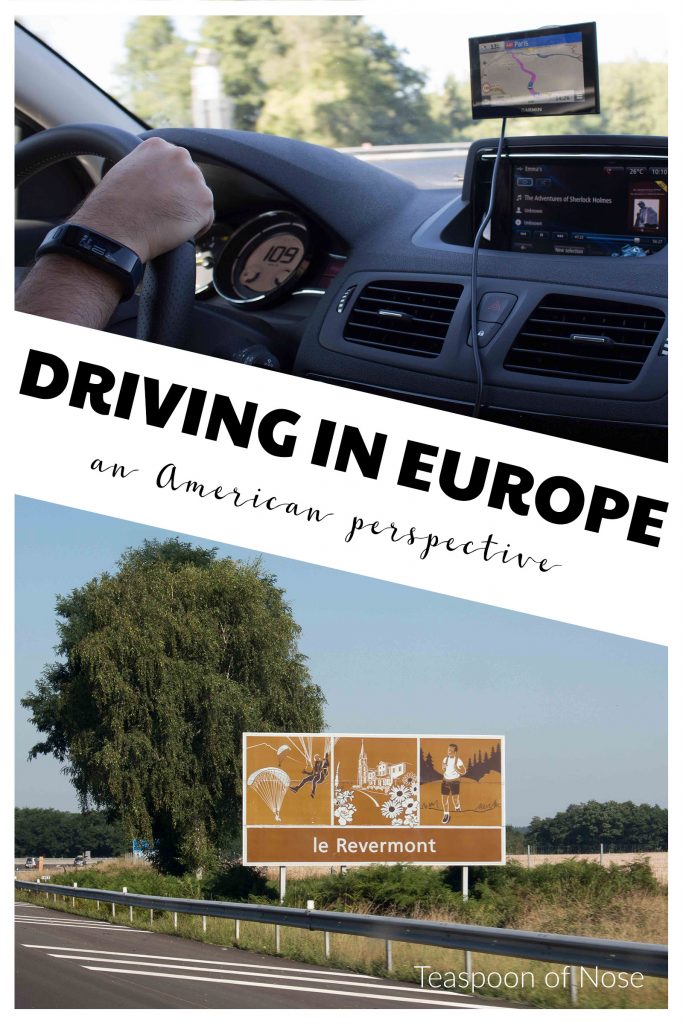 Our Roman Airbnb host is shouting directions in rapid-fire Italian, based mostly on landmarks. I’m sitting the backseat trying to translate the helpful parts and skipping the commentary she mutters in between. Logan tries to take in our combined shouting while navigating cobblestone streets with no lane lines and pedestrians who seem to have a death wish.

Driving in Europe is not for the faint of heart.

That being said, renting a car freed us up to do exactly what we wanted. We could plan our itinerary in whatever order we wanted, not tied to train routes or timetables. If we wanted to spend 6 hours in Pisa or take a spur-of-the-moment detour, it changed very few of our bookings. We were never in a rush in order to catch a specific train. We could leave our souvenirs in the trunk without having to tote every single thing we bought into each Airbnb and hotel. It meant we didn’t have to book group tours or expensive car hires to do things like see the Normandy beaches, located 45 minutes away from the best museum. 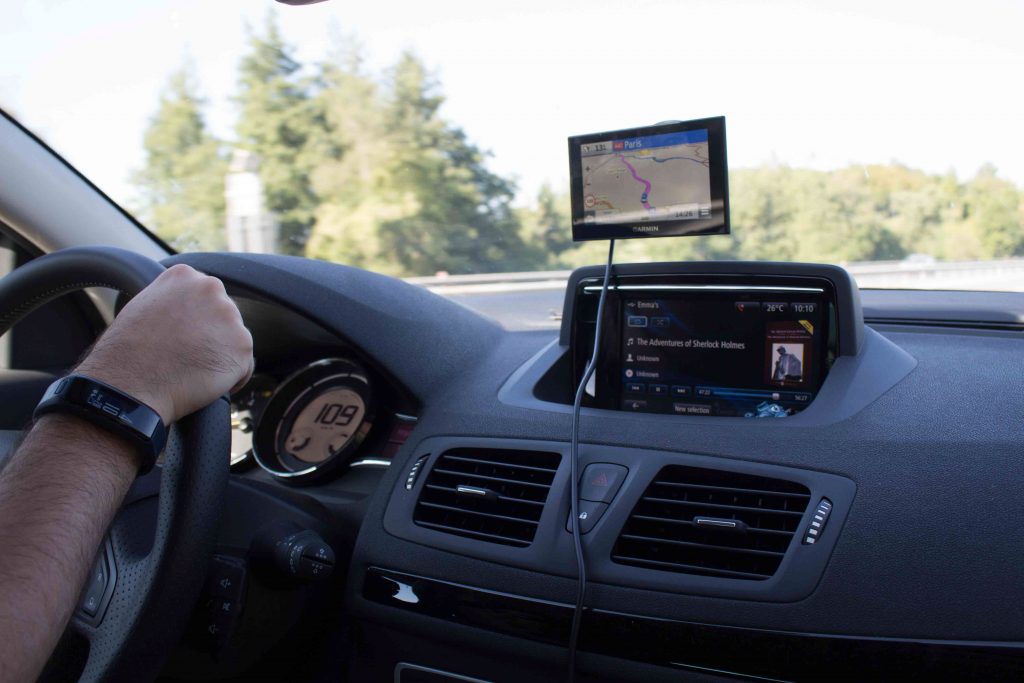 Logan was our fearless driver, and I mean that seriously. He had to contend with crazy European drivers, tiny city avenues, corkscrew turns originally intended for carts only. He gets 100% of the credit for this; the man deserves medal.

So if you’re thinking of renting a car on your next European adventure, here’s a few things to know on the road!

A note: We only drove in France, Italy, and Switzerland, so I don’t know how these tips apply in other countries. But they may get you started!

Renting cars: The vast majority of cars available to rent for driving in Europe have manual transmissions. Automatics are available, but only in major cities or airport rental places. Plan to spend 2-3 times more per day too – they’re not cheap!

International Driver’s License: Not every country requires one, but it’s probably a good “just in case” purchase. Italy required it; France did not. If you have an American license, getting it is as simple as finding your local AAA before you leave and buying it.

Road width: This shouldn’t surprise you, but European towns predate the invention of cars. That means that the vast majority of roads weren’t originally created with two-way traffic in mind for cars. Many small town roads require extra vigilance to avoid sideswiping buildings or hurtling around a corner into an oncoming driver. Italian and French drivers are used to this and will be patient as someone backs up until a wide enough area to squeeze past each other. Plan to be patient because it can make travel on country roads very slow, and don’t be that guy who loses their cool over having to back up. It happens. 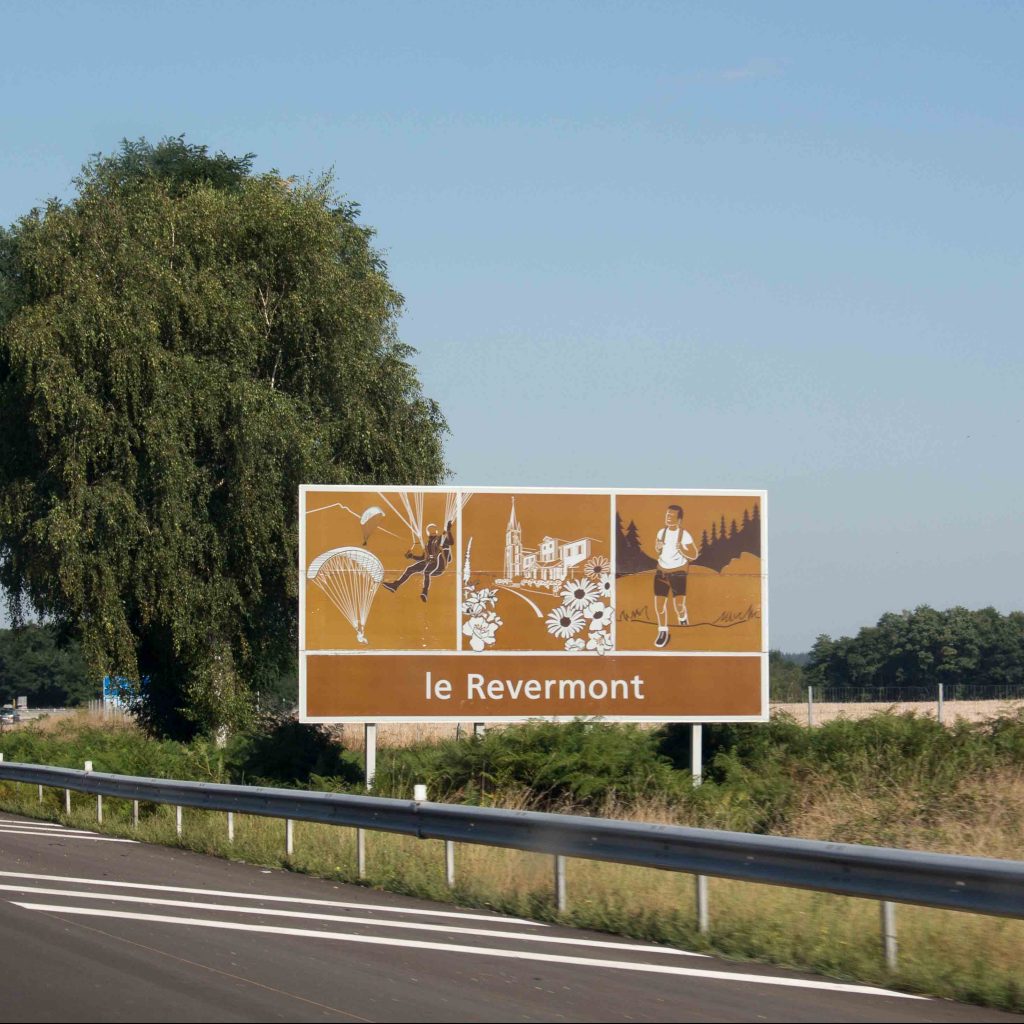 Signs: I adored France’s city signs! As you arrive at the exit to each city or town, the sign displays a drawing of what it was known for. Some had foods, others natural sites, while still others displayed their most recognized building.  It was so cute, and gave a good idea of what you do in each place! Italy had some of these but France wins the prize for having them most often.

Tunnels: Driving in Europe means miles of tunnels. It’s the only place I’d seen where in a 5 mile stretch, you spent more than half of it – but not all of it – underground. They’re well-lit and drivers follow the speed and lane rules, but if an accident does happen there’s no way to avoid hours of not moving. The tunnels underneath the Alps can get pricey too – €40 or more each way, for a 20 minute tunnel. You don’t have to use cash here, but it makes things faster!

Flashers: When European drivers come upon an accident or traffic jam, they turn on their flashers. We saw it pretty consistently – if traffic slowed down rapidly, they signaled each other to pay extra attention by turning on their flashers.

Tolls: All the major highways have tolls. Italy uses mostly the ticket system, where you take a slip at the beginning of your journey and pay based on distance when you exit. France usually had payment booths every 20-30 minutes or so, each requiring between €2-10. Prices varied a lot. Be on the lookout for the appropriate lane: some are for pass holders, others take only cards, and some require cash. Make sure to have lots of Euros before leaving because not all stops take credit cards!

Italian ZTLs: If you head to Italy, you absolutely need to know about the ZTLs, or Zona Traffico Limitado. Basically,  all the major cities and many of the small ones don’t allow cars into city limits during daytime. Meaning if you park inside the city in the evening, you’re free to drive within the city or leave. You just can’t enter.

That’s not entirely correct. You can technically enter, but you’ll get a huge fine each time you do this. Cities have various ways of guarding the ZTL, but they all indicate with a white circle with a black X through it. Some, like Florence, have a stoplight by the entrance to indicate it. Others, like Rome, barely even display the sign until you’ve got nowhere to turn around and have to go through. I’ve read stories about people not realizing they ever drove through one, only to get a ticket in the mail months later. Research on where and when the ZTL begins before you arrive. A good rule of thumb is around the ancient city gates, assume you’re approaching the ZTL. Look for the white sign and the inevitable accompanying camera to catch your license plate.

Driving in Europe can be complicated, but also frees you up to customize your plans endlessly. We’re glad we did it, but probably won’t do it every time we visit.

If you’ve got any other questions about car rentals or driving, let me know! Comment below and I’ll help where I can!

9 thoughts on “The Ins and Outs of Driving in Europe”