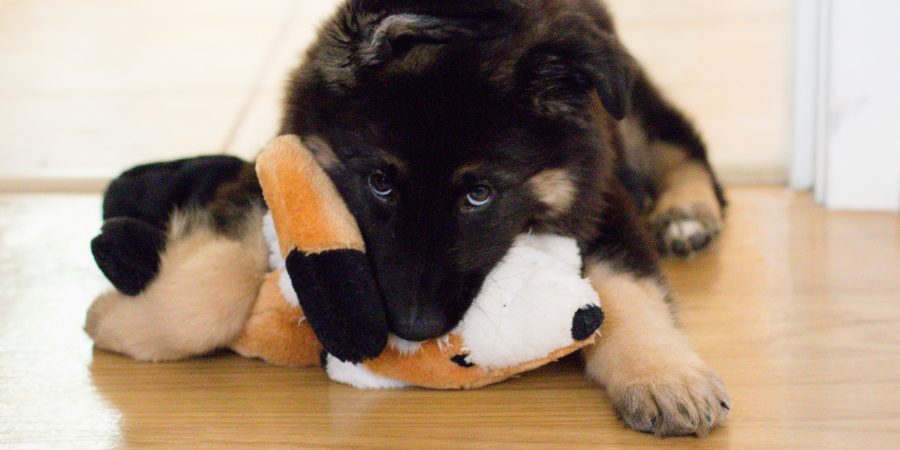 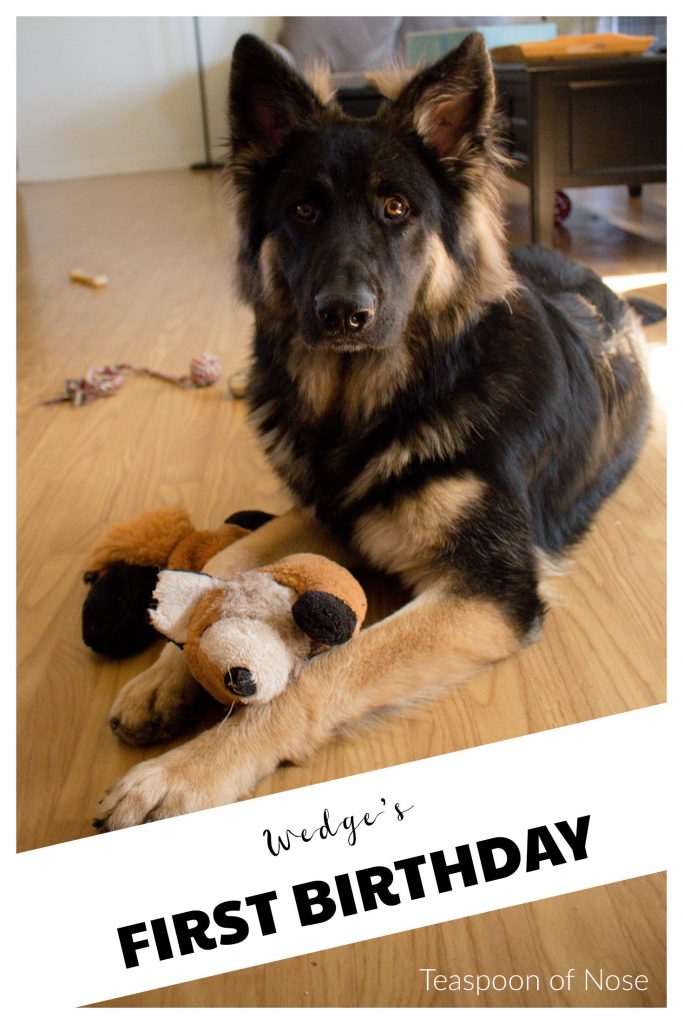 I can’t believe our tiny 15 pound puppy has turned into this 100 pound giant. He’s still very much a puppy in behavior, but looks like a grown up dog. Personally, I’m hoping he doesn’t get much bigger, but who knows. 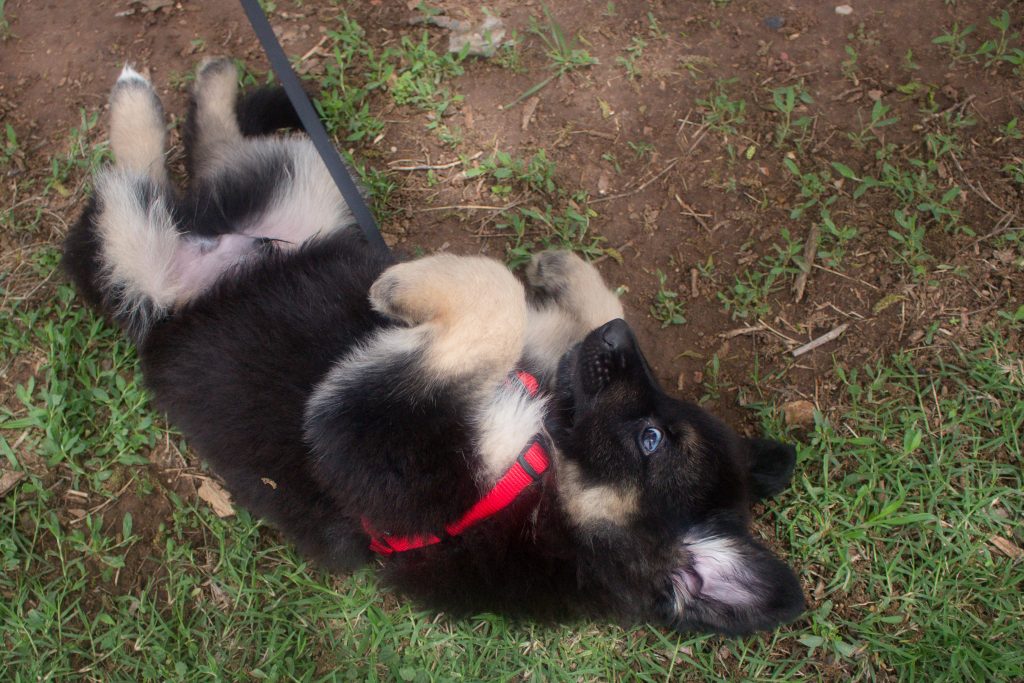 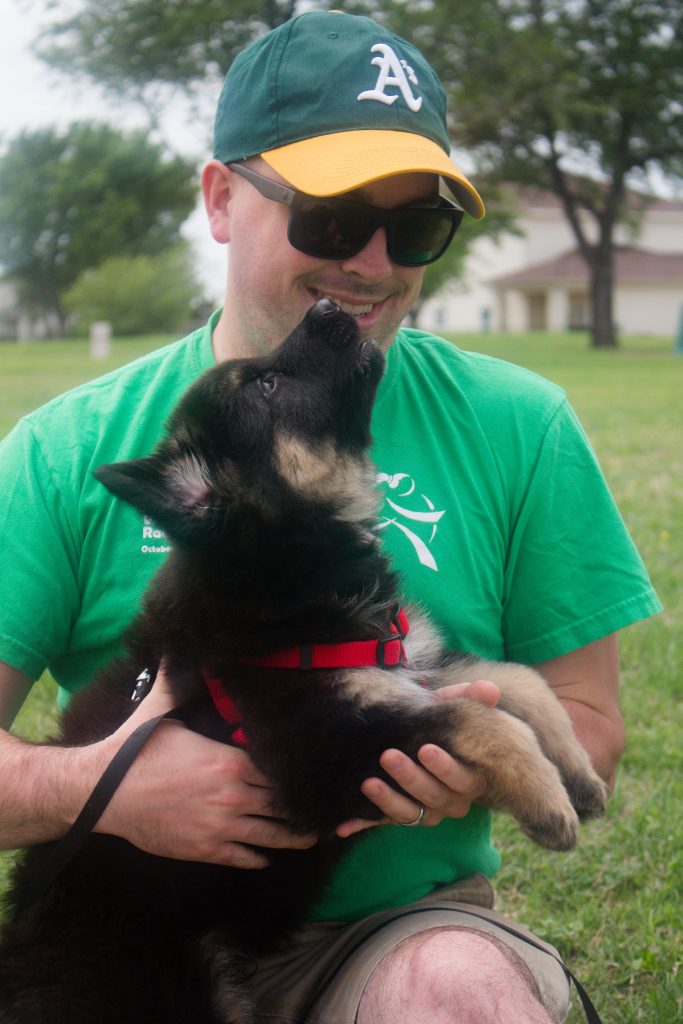 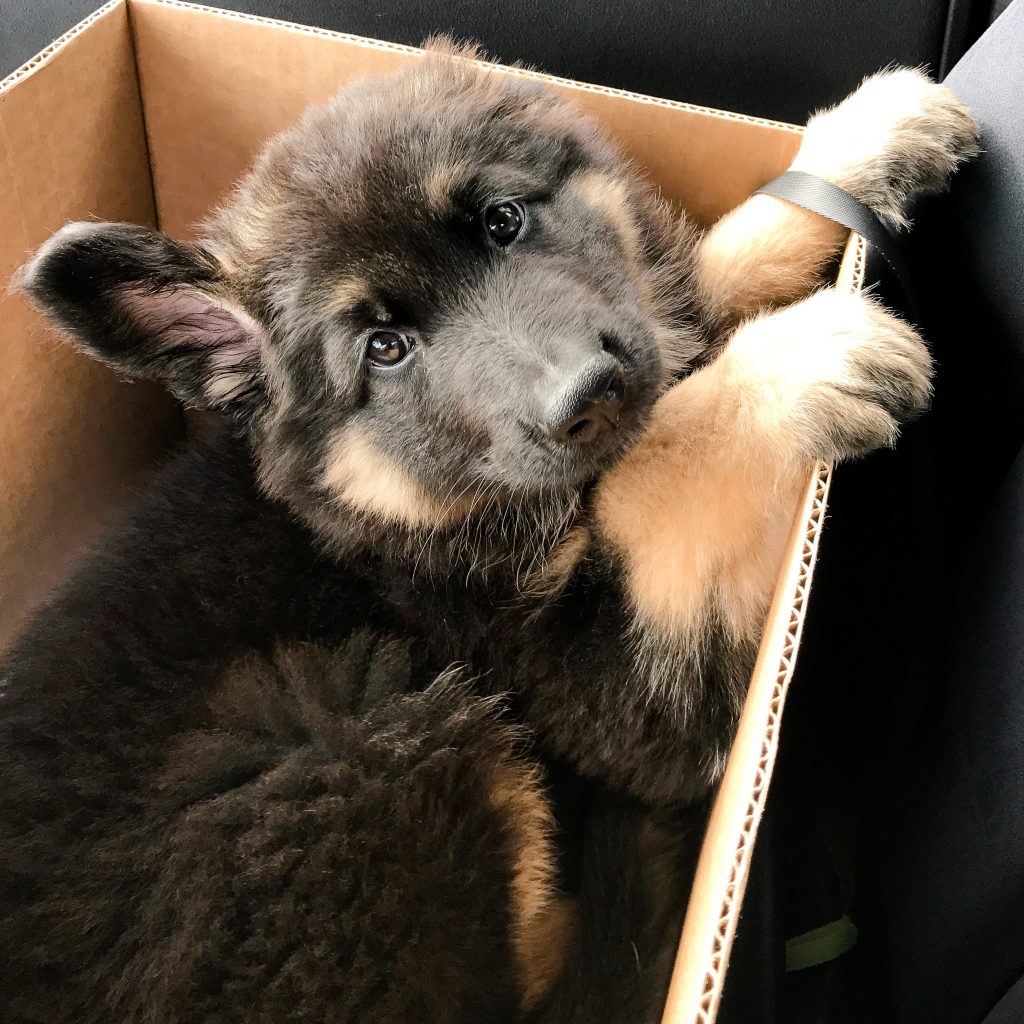 Surprising things out our first year with Wedge: 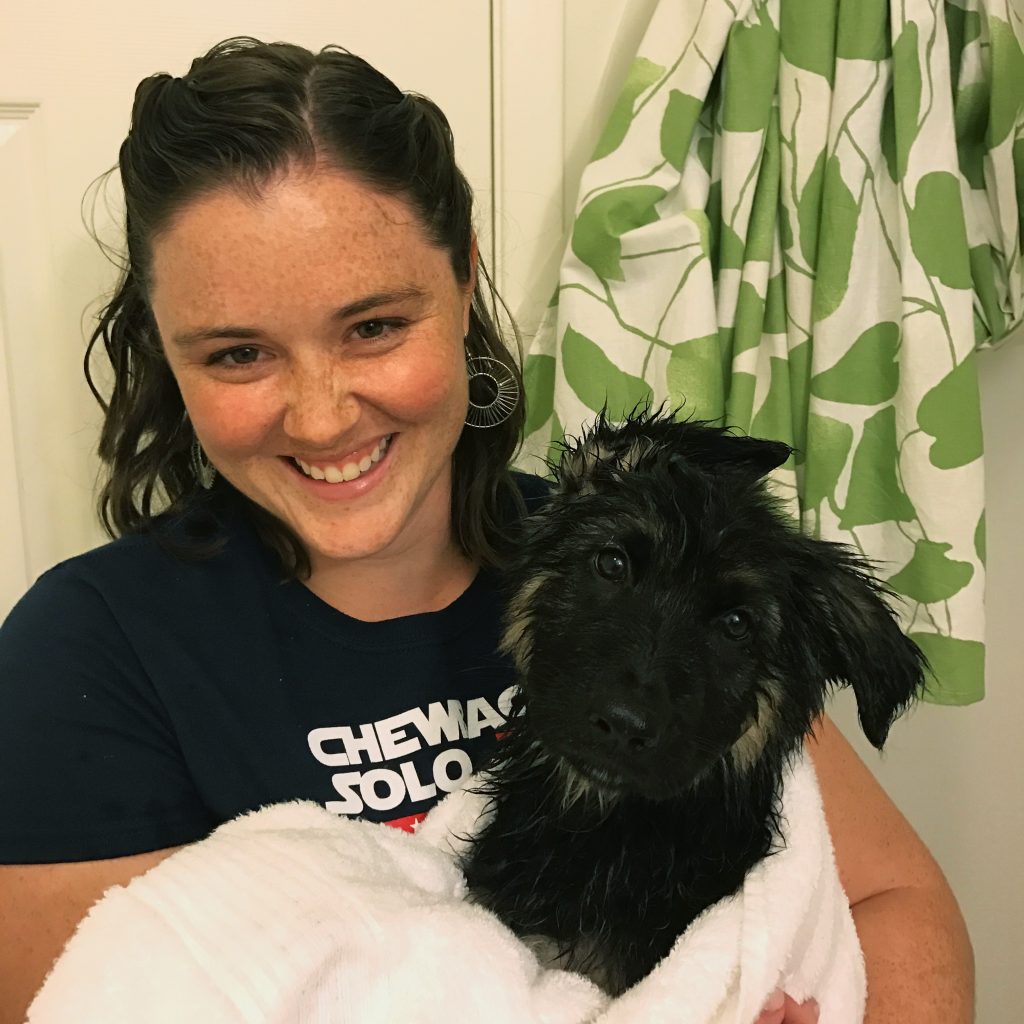 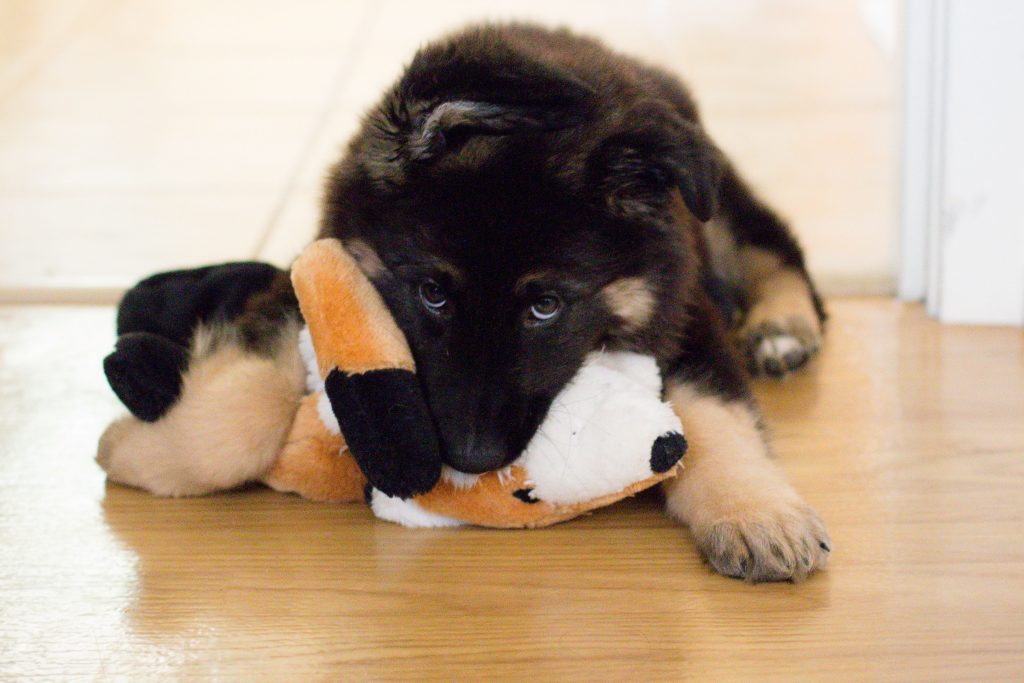 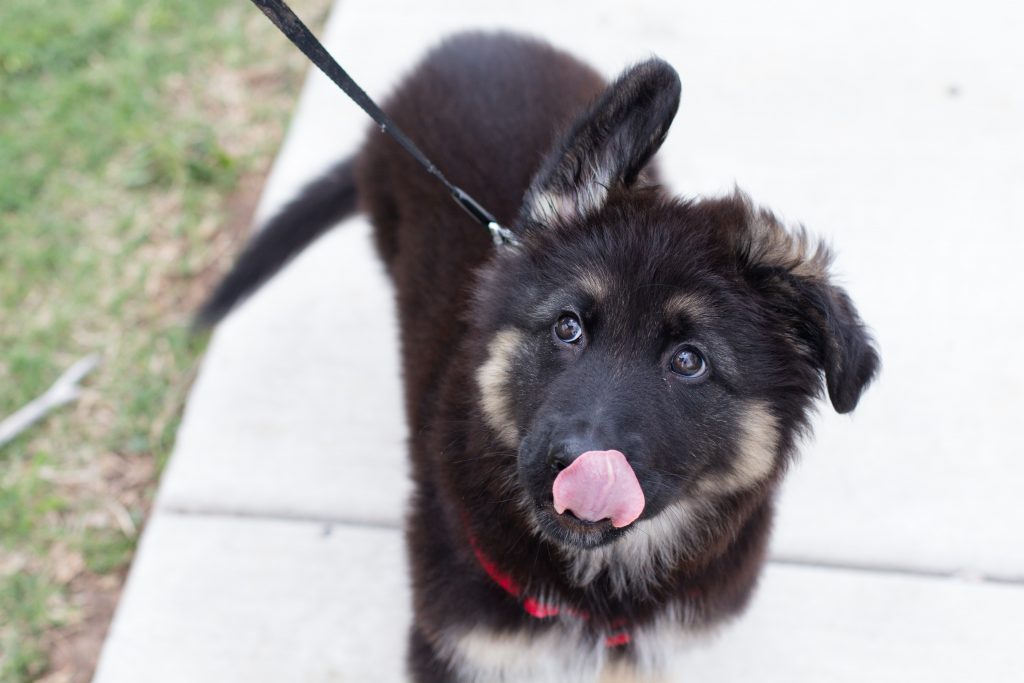 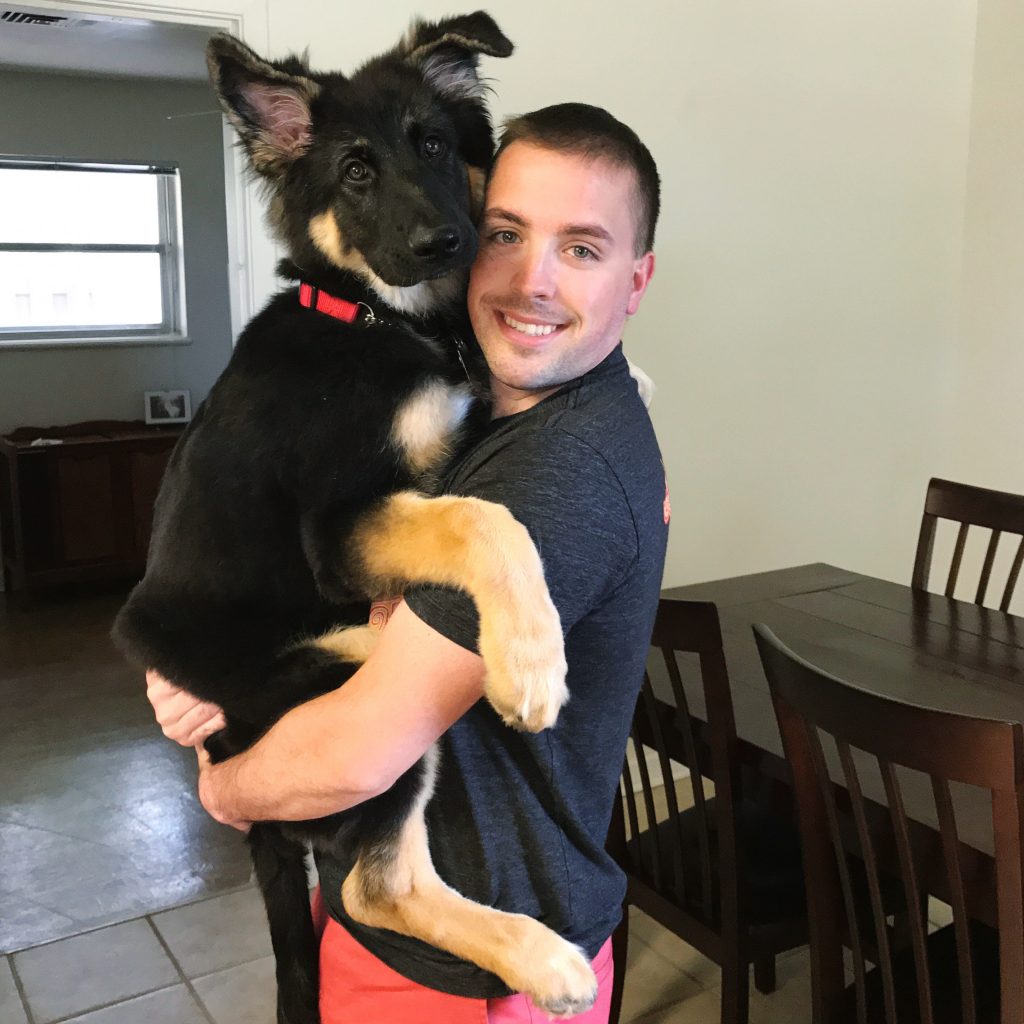 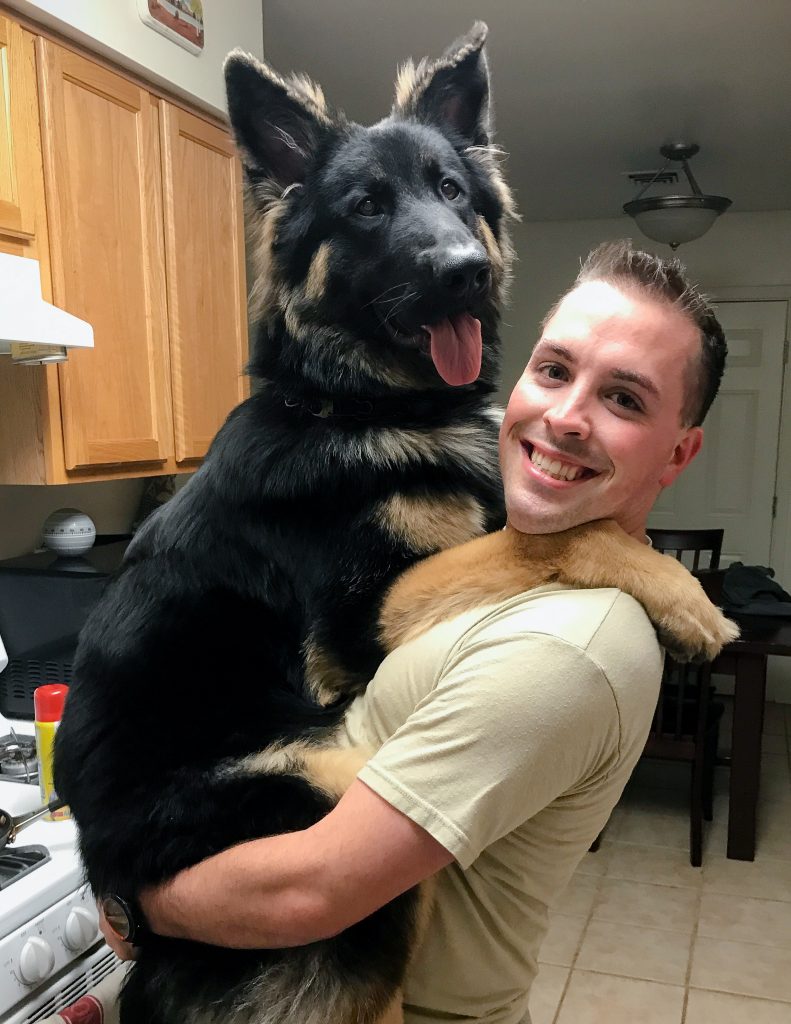 I know that having a dog is NOTHING like having a human child [Hello, potty training in a month]. But it has opened my eyes to some of the everyday normalcies that come with having someone else dependent on you for their basic needs. Making plans around them, or planning for dog sitting when traveling. The amount of times I’ve been 5 minutes late because I had to corral the dog before I left home and didn’t leave enough time is almost embarrassing. Again, I have the advantage of leaving him unsupervised when I need to run errands, unlike having kiddos. 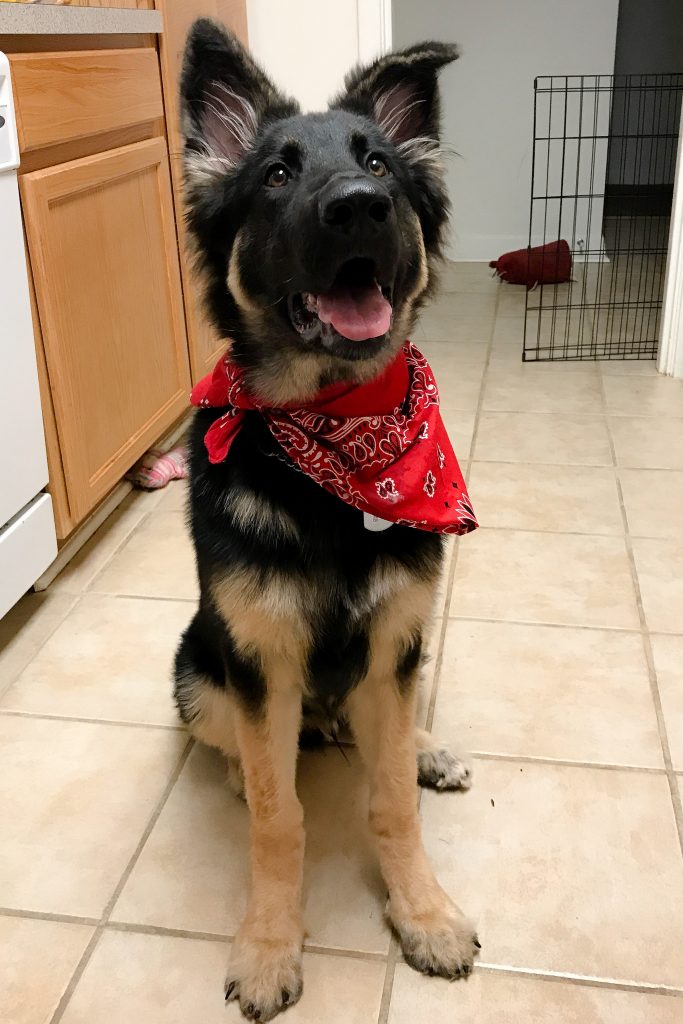 All photos copyright Teaspoon of Nose