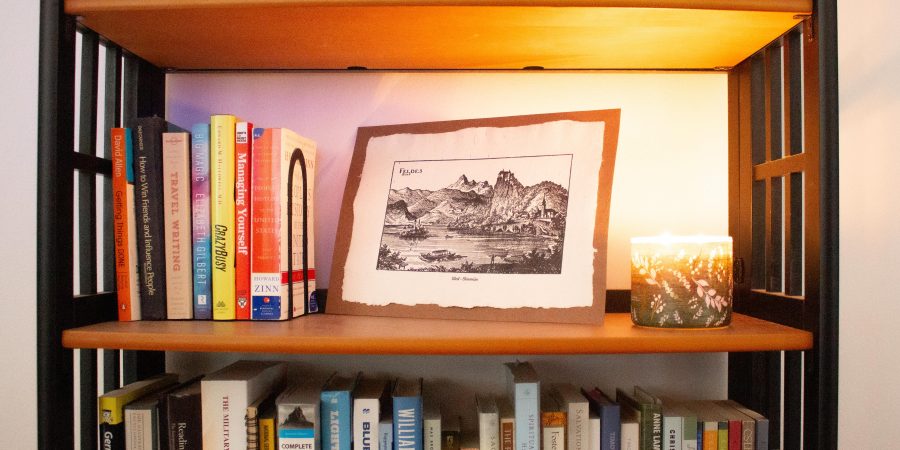 Today I’m sharing the best fiction I read in 2019!

It’s time for my annual best fiction roundup! This year felt especially hard to choose favorites. I read a TON, and I read mostly fiction this year.

I’m trying to make a point to read more books by authors with different backgrounds and set in different cultural settings than my own. After reading so many – wonderful, don’t misunderstand – books set in WWII last year, I realized how many books I stumble across that feature American or western European settings, characters, and plots. They’re amazing and I love many of those books, but I want to be intentional about choosing books by authors of color, with characters who have backgrounds and experiences different from my own.

So without more rambling, here’s my favorite fiction of 2019!

A Gentleman in Moscow, Amor Towles

The premise of A Gentleman in Moscow feels unique: instead of being jailed or banished, an aristocrat gets sentenced to “house” arrest in an attic room of a luxury hotel. The limited setting creates space for a series of intriguing characters and a plot that surprises you with how fully it draws you in. I don’t want to say more because to do so wouldn’t do the story justice. This is one of those stories that I missed once it ended. I’ll definitely be looking up Towles’ other work in 2020!

I grew up a Greek and Roman mythology nerd (I know! I’m admitting it in public and everything!), so I knew I’d love this book. But I’m here’s to tell you that even if you don’t know anything about classical mythology, you’ll enjoy this book. Circe is most known through The Odyssey as the goddess who turns most of Odysseus’ crew into pigs and therefore is somewhat of a villain. But this story sets her in the greater scheme of Greek mythology, sheds light on her reputation, and ultimately gives a humanizing perspective to a one-dimensional villain.

The Other Einstein, Marie Benedict

I stumbled across this book in my library’s audiobook collection without knowing much of the backstory. But I loved it! It takes this massive character from history that I knew almost nothing about personally, and tells the story of his wife. The story is captivating and surprising and definitely worth a read!

Set on the RMS Lusitania on its final voyage, the setting builds tension within the story right off the bat. Add that it’s told in the perspective of three different people, set in two timelines a century apart, and I was hooked. Each story progresses with limited overlap, keeping the read guessing as to when they eventually collide and how they can possibly survive the upcoming disaster. It’s a great read with some surprising twists.

Beneath a Scarlet Sky, Mark Sullivan

This story struck a particular chord with me because I read it right as I moved to Italy! It tells the incredibly true story of a Pino Lella’s experience of World War II, first as a guide for those escaping over the Alps and then spying for the resistance while playing the driver of General Hans Leyers, Hitler’s direct subordinate in Italy. The story is as crazy as it is true, told in the voice of a passionate young Italian. Definitely check it out if you love historical fiction.

Where the Crawdads Sing, Delia Owens

Set in my native North Carolina, I knew I had to read it. What starts as the story of Kya, a poor girl growing up in the coastal marshes takes a surprising left turn halfway through when a local teen is found dead. Kya, always distrusted by the local townsfolk, is now thrust into their world as the prime suspect for the death. But did she do it? A great story, and the marshes are as much a character as Kya.

The Stationery Shop is a bit of Romeo & Juliet with a far better backdrop and less tragic ending. Set in Tehran in the 1950’s, the story is told simultaneously by the young woman in the moment and fifty years later, from her vastly different life in America. It’s a story about falling in love, about heartbreak, and about the way seemingly small circumstances steer the course of entire lives.

Next Year in Havana, Chanel Cleeton

This book was SO great. Obviously I’m saying that about each of them, because they’re on my top ten list. But this book really brought to life that sense of displacement, being hungry for home, longing for next year in Havana. It also does an excellent job of contrasting that longing with the struggles of those who stayed, where they find themselves after two generations of Castro’s leadership.

The Unlikely Escape of Uriah Heap wins the award of the most fun book I read this year. In the same vein as Jasper Fforde’s The Eyre Affair, this book is a literature lover’s dream. But instead of feeling stale or pretentious, the story has magic and movement, drawing you in and captivating you the entire way through. There were so many references that I’m sure I didn’t catch them all, and it made me want to go back and reread Dickens, at the very least.

Mistress of the Ritz, Melanie Benjamin

As the most recently read book that made it into the best fiction of 2019 list, it’s probably the one that I could go on about the longest. Like Benjamin’s other books, it’s based on real people. Blanche & Claude Auzello lived at the Ritz during the German occupation – Claude was the director of the hotel and the two spent the war years playing the fine line of catering to the Nazis while secretly passing information to the resistance. It’s a great story, probably my favorite by Melanie Benjamin so far.

This was one of the best stories I read in 2019. While it didn’t have the depth or thought-provoking effect that catapulted others onto my top ten list, it was sweet and fun and emotional. I loved it and it’s definitely worth a read.

Whew! Sitting down to write these blurbs for each makes me excited to discover more great books in 2020! What was your favorite fiction of 2019?