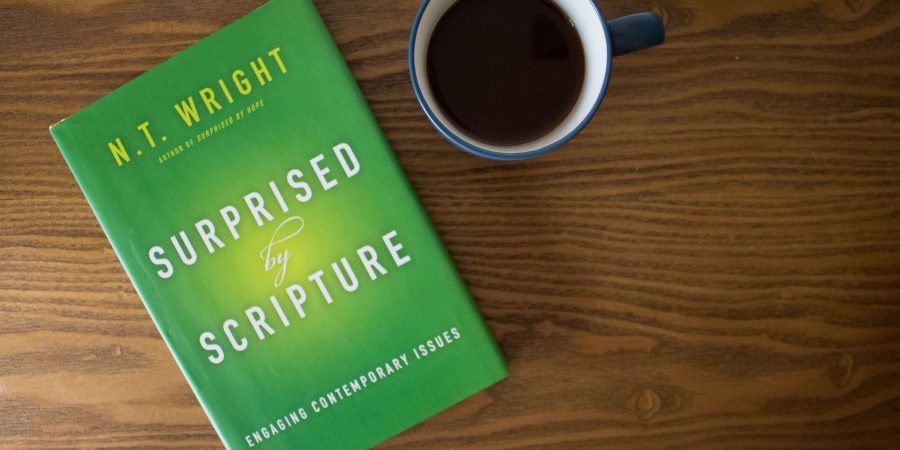 The new year’s arrival means a look back at my favorites books of last year! Last week I share the best fiction, so today I’m sharing my favorite nonfiction of 2018!

Now that the year is over, I can officially announce the final tally of books I read in 2018: 120. That’s the most I’ve ever read in one year. I still say that it’s mostly due to audiobooks.

I love sharing these posts because it shows where there are patterns in my book choices and the ways that what I’m reading is shaped by (or shapes?) what I’m thinking about.

My favorite nonfiction of 2018 isn’t as all-over-the-place as it sometimes tends to be: there’s a lot in the , awareness of how you think category. I read several books in that vein within a few months of each other and found them to overlap and build on each other in the best possible way.

The Power of H, Charles Duhigg

Of all the nonfiction I read this year, this is the one that stuck with me the most. The Power of Habit explores how habits are formed, broken, and how they affect us in our lives long-term.

Let me be quick to say that it’s not a “how to make yourself amazing by forming the right habits.” The author repeatedly points out that we cannot just force ourselves into the perfect habits to make ourselves perform optimally at all times. His exploration of the way memory and habit interact and affect each other give both food for thought and a few pointers on how to shape ourselves intentionally. Particularly good reading during year’s resolution season if you’re into that kind of thing.

In Blink, Malcolm Gladwell focuses on how people make effective decisions. In typical style, he’s got stories of marriage experts who can predict divorce after 5 minutes of watching and a tennis coach who knows when a ball will go out without knowing how he knows it. It’s a great read, both from a “this is cool to think about” perspective and with some interesting and unexpected tips on how to make better decisions.

I really enjoyed reading this shortly after The Power of Habit. While they cover different topics, they overlap in their exploration of how to use less energy processing and act more effectively.

The Subtle Art of Not Giving a F*ck, Mark Manson

Sorry for the bad language if that bothers you, but this book is worth it. Funny and irreverent, it’s like a kick in the pants in the best possible way. Picture one long (funny) blogger rant, backed up by scientific studies. His main point is that by telling ourselves/our children/our friends that we’re special, we’re doing ourselves a disservice. We need to accept that we’re not special in order to live the best version of our lives and be the best version of ourselves. This sounds but Manson talks about it in a way that makes sense. He’s pointing out the folly in the participation award.

And I hear that. There is so much value in showing up and putting in the time and doing the work, don’t get me wrong. There’s room to value that. There’s also room to recognize that if we expect the real world to pat us on the head and our brilliance for showing up, we are fooling ourselves and ultimately making life harder and more painful.

This is one of those books that’s about 100 times better if you get the audiobook. It’s read by Izzard himself, and it’s full of random asides and tangents the book doesn’t have. He’s also one of those comedians that the delivery is so much of his act, and y’all it is so stinking funny! I love Eddie Izzard and my husband and I regularly quote his standup.

His book explores his life and career, covering both the funny bits – sword fighting street performing, for one – and serious parts, like his relationship with his parents. I love memoirs where the author weaves hilarious anecdotes in with deeper stories of formation heart, and Eddie Izzard does it perfectly.

I know I’m the absolute last millennial entrepreneur in the world to read this books! I’ve actually carried it from Oklahoma to North Carolina and back three times in the past 2 years! I kept intending to start but always wanted to wait until I could give it my full attention rather than speed through it. I wanted to absorb it.

It was great! So many encouraging messages about living creatively, whether or not you define yourself as a “creative” or make money from your endeavors. It was lovely and inspiring. My favorite bit was the first section on fear and the way it affects creativity.

Anne Lamott writes to my soul. Seriously, if I could only read one author for the rest of my life, it would probably be her. Help thanks wow is a quick read that talks about prayer. But it’s not a preachy book or a teachy book. It’s comfortable, as if you’re having an honest conversation with a close friend over a cup of tea.

Another thing I love about this book is that it’s a great read if you’re not a Christian but you’re exploring, or you’re interested in spirituality but not sure what exactly that looks like. My faith is important to me and I found this book so encouraging, and I think it has something to offer those who may not believe the same thing as me too.

N.T. Wright has written a number of great books (including some that have made previous best fiction of the year posts) and this one explores what the Bible actually says about various topics like women, politics, and evolution. He’s one of the most respected theologians alive right now, and I had the pleasure of meeting him a few years back. Whether or not you agree with his conclusions, his presentation of each topic is one of the most gracious I’ve seen in this era of angrily yelling about our opinions. Worth checking out if you’re trying to explore a grounded explanation of Bible-based Christian views.

Part memoir, part history, and part exploration of land. Williams writes about her favorite parts of several national parks. She writes as a conservationist, but deep love for these wild places isn’t overwhelmed by her political message. There’s something comforting about her writing, in the reminder that in the midst of the internet and grocery store and office jobs that there’s are stunning vistas and dense forests still in the world, waiting for us. It makes me want to get in my car and just go, to camp the way we did when I was a child. Read this book and plan a trip.

Modern Romance isn’t what I thought it would be. I picked it up, assuming it was another funny memoir book, which I am an absolute sucker for. It’s actually a comedic un-scientific study of the landscape of modern romance. From cultural gender stereotypes to break up texts to the advantages of dating apps, he explores the ways that dating looks and works differently than it for previous generations.

As someone who’s been married for six years, I never had a dating app and distrusted Tinder on principle. It cracked me up that I generally agreed with what was considered the “older generation” on the appropriateness of breaking up via text, but Ansari made some good points about how Tinder isn’t all that different than a random approach at a bar, and I can see it now. It’s also presented hilariously, and yes you should do the audiobook version where he reads it. Always do the audiobook when a comedian writes a book.

I snuck this one in right under the wire. The writer behind Scandal and Grey’s Anatomy writes about her own journey towards saying yes to life – to opportunity, to stepping outside of her comfort zone, to her children, and more. Plus, if you do the audiobook, you can hear Papa Pope in her delivery. it’s almost spooky.

One chapter that particularly resonated with me was when she talked about losing weight. Not because that’s the most important topic she covered in the book; definitely not. It’s because she framed it as both were options for yes. Yes to losing the weight, fighting the fight to be more comfortable and healthy and running around with her kids without getting winded. Or yes to eating the whole cake, not worrying about it. But if she chose that second yes, it required her to not complain about not fitting into the airplane seat belt. Both can be yeses, but a choice must be made. In a world full of choices, it was refreshing to see her recognizing that yes requires us to accept the consequences.

The biggest surprise to me on this list was what’s missing: travel books. This year I read way more historical fiction, saving my nonfiction for other topics. You can see this year’s favorite fiction over here!

What type of nonfiction speaks to you most? Any reading goals this year?