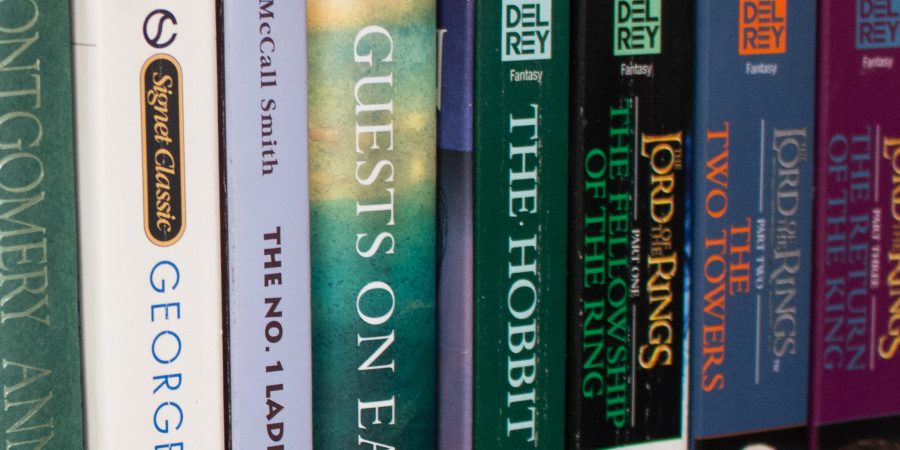 At the end of each year, I share the best reads I’ve come across. Here’s my favorite fiction of 2018!

I read a ton (here’s how for those who are interested) and this year saw the biggest total yet: 119! And counting, I may finish something else in the next two days. 😉

Past best books lists have included only a top five. I want these lists to actually give you some good suggestions of what to read, not just list everything I read that didn’t suck. But this year I read so many great books, both nonfiction and fiction, that I’ve expanded each list to ten. It’s worth it, I promise.

These works aren’t published in 2018, I just read them this year. Additionally, my taste in fiction runs the gamut between cheesy beach reads to dystopia to historical fiction.

So without further disclaimers, here my favorite fiction of 2018!

This book is my number one favorite fiction of 2018. The story tells how a small village on the Channel Islands survived Nazi occupation, told in retrospect to a spunky author who accidentally connects with the islanders. It’s told entirely by correspondence, and that delivery lends a magic to it. Juliet, the main character, is whip-smart and full of the best kind of sass, backed by the biggest heart you’ve ever seen.

Y’all, this book. It’s heartwarming and meaningful and speaks to the power of communities to support each other in their differences and the inevitability of love’s triumph over hate. The movie is sweet and beautiful and but misses some of the finer points (both plot and style) that make this book a treasure.

This is the best kind of historical fiction; the kind that entertains even as it teaches. In essence, Rutherford tells the story of Paris. He follows several families of different backgrounds, classes, and religions through their lineage. It’s the history of Paris told through family stories. From the twelfth century to the present, he creates this beautiful, interwoven story going through generations and centuries. Any book set in Paris is likely to grab my attention, but the city is more character than setting here.

Honorable mention goes to another book I read by the same author, New York. It’s also a great exploration of the history of the city told through families and stories, but Paris has a magic to it all its own.

Clay gets a job working at an eccentric old man’s 24-hour bookstore. There are almost no customers and the few that come are weird and don’t buy anything. After getting curious, he discovers a puzzle that thrusts him onto a quest of sorts.

This feels a bit like a modern character telling an old story: the main character seems like a guy I know already, trying to get by with a paycheck pursuing his real dreams. It’s almost like the Knights of the Round Table got an update, without Merlin.

A mystery WITHIN A MYSTERY! An editor receives the latest manuscript from a famous novelist and she eagerly dives in. Yet after a weekend reading the page-turner, the last chapter is missing. The book follows both the mystery of the missing manuscript and the whodunnit within.

We as readers get the entire manuscript, and it’s intricate enough to get lost in. When the last chapter is missing and the story remains unsolved, it comes as a shock to remember that this book had an entirely different premise in the first chapter. Yes, you get a solution to both mysteries before the book ends.

A young woman runs away from her family to seek a French cousin not heard from since the darkest days World War II. She ends up in the company of Eve, the crotchety-est (is that even a word? if so, it’s her) old woman who she convinces to help her. Eve was a spy in World War I with her own set of issues from that, and together they seek the truth of their past.

This is one of those books that stuck with me for weeks. The chapters go back and forth between each woman’s past and present, creating between the wars that I rarely see as an American young adult. It’s a spy story, yes, and I love a good spy story. But it’s also one of those compelling narratives like The Nightengale that tells an untold story of the women in the World Wars.

Homegoing has a similar setup as Paris but with an entirely different feel, style, and story. The book follows two sisters (who don’t actually know each other’s existence) on divergent paths: both born in Ghana, one is taken as a slave to America while the other lives with her village. It follows their families through the respective histories of African Americans in the U.S. and Ghana.

Now a movie (that I haven’t seen), it’s a crazy book. It follows a woman working for a company known as The Circle (a thinly veiled Google): the career opportunity of a lifetime, replete with perks and opportunities. But after making a strange (shady?) friend, she’s faced with the fact that The Circle’s premise – complete and perfect knowledge of every aspect of life – has complicated ramifications.

I don’t want to say much more because it has several twists I didn’t see coming, and the ending is pretty shocking, to say the least. It’s one of those fiction books that’s wildly entertaining and also makes you think; definitely worth a read.

I know, another World War II book. But there are so many great stories coming out in past few years – stories that aren’t necessarily about soldiers on the front lines, but life in the midst of the war. The Paris Architect follows a regular guy, disinterested in the politics of the war and wanting to be able to live a comfortable life. Design a great building. Yet he gets sucked into the vortex that is Paris during the occupation, forced to contribute to the Nazi war machine.

Interestingly, my mom also read this and disliked the main character so much that she didn’t like the book. Usually that’s me – if I don’t see some growth in the characters, I end up not enjoying the entire book. I loved watching the main character struggle with the degree to which he supports or resists the occupation – where are the lines between supporter, innocent bystander, and resistance fighter?

Yes, I admit it: I didn’t read a single Agatha Christie until I saw Murder on the Orient Express. But it’s right in my wheelhouse: murder mysteries in exotic locales? Yes !

I would call this one any of Christie’s works in this series, although my two favorites have been Murder on the Orient Express and Murder in Mesopotamia. What can I say that hasn’t already been said? She’s a legend for a reason. These stories have the cleverness of Sherlock Holmes with the added bonus of armchair travel. I listened to several of the BBC radio play versions, which are fun for a road trip or afternoon of cleaning: they’re easy to follow and a great way to spend a few hours.

At the Water’s Edge, Sara Gruen

I had to end with another war book. It’s the fourth, for those counting. At the Water’s Edge isn’t about World War II so much as set in the midst of it. A wealthy American trio – a married couple and boyhood friend – escape the judgment of not qualifying for military service by hunting for the Loch Ness monster. Madeline, left to her own devices while the men disappear for days on end, discovers life outside her privileged bubble in a small country village. At the Water’s Edge is a fun read with meaning, a perfect balance of substance and fun.

As I look over this list, the emerging themes from of 2018 are mysteries and WWII novels. I’m okay with that.