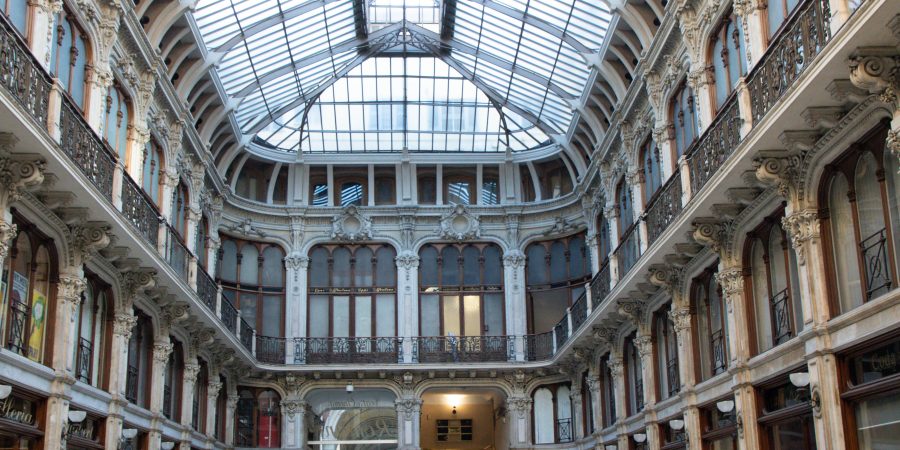 Is Turin on your Italian travel list? It should be! Here are the best part of Turin to see in a weekend.

A friend of mine called Turin the best of France and Italy in one city, and it’s a perfect definition – it’s culturally Italian with French cultural influences.

Turin, or Torino in Italian, is one of those cities that is a major player in Italian history but doesn’t make most folks’ top travel lists for the country.

Turin’s main claim to fame is that it was Italy’s capital city as a monarchy and then the Republic of Italy’s first capital, before it was moved to Rome in 1865. As such, there’s plenty to see here even if politics aren’t your favorite thing!

Turin is a big city. Its architecture is pretty modern, with wide streets and ornate buildings. It’s larger than you might expect, but still walkable. I stayed in a hotel near the Porta Nuova train station and it took me 20-30 minutes to walk to most of the main sights. But streets have plenty of crosswalks and I felt safe the whole time. I recommend walking for soaking up the gorgeous buildings, but there’s also a metro and plenty of buses and cable cars if you need to get off your feet.

That being said, one of the best ways to experience Turin is to just walk! The architecture is constantly beautiful. Whether you do a walking tour or just pick a neighborhood and explore, there’s so much to see.

What to See in Turin

If you do one museum, the Egyptian Museum (Museo Egizio) should be it. It’s the biggest museum of Egyptian artifacts outside of Cairo!

It’s big enough that they’re able to lay out detailed artifacts from each era of ancient Egypt in such a way that even a layperson like myself can follow the differences in style, technology, and religion. I hadn’t realized how much of my perception of ancient Egypt is based on the Green and Roman era – the most recent chunk of ancient Egyptian history!

There are tons of mummies, of course, and they have multiple collections of what was found in undisturbed tombs. They even have a temple that was saved from destruction and then given by Egypt to the museum – you can walk into it and get a sense of how these spaces actually felt.

The Palazzo Reale is the former royal palace. It was also a royal palace before Italy was one country; the Kingdom of Savoy – a combination of northeast Italy and the island of Sardinia.

If you like exploring old palaces, this one’s pretty good. The rooms are gorgeously decorated and well described (in Italian, English and French), and there’s a lot to see. You can also see where the Shroud of Turin used to be kept, and get a sneak peek into the truly beautiful duomo of Torino from above.

There’s also an art museum and antiquities display in the building, so the 15€ ticket goes pretty far. You can visit the garden free of charge, which is a nice green space in the center of the city perfect for taking a breather.

Museum of the Risorgimento

If you’re a history buff, head for the National Museum of the Risorgimento! Risorgimento is the term for the unification of Italy, and it was quite a crazy process. The most interesting part to me is seeing the room where the first Parliament met!

People have mixed feelings about this one. It’s super informative and perfect if you’re a history buff! But if history isn’t your thing, maybe skip this one.

Like Italian movies? The National Museum of Cinema houses a massive collection of movie posters, props, and more. It’s not just Italian movies, there are pieces from Hollywood as well! You can tour the museum, see a movie, or climb/ride up the tower for a view of Turin from above.

The building itself is called the Mole Antonelliana, and it’s one of the major landmarks in Turin. Originally built in 1889, it was first intended as a synagogue

Walk along the Po River

If you need a break from the buildings, head to the Po River and take a walk. For the best views, start at the Piazza Vittorio Veneto and walk south. In the morning you’ll see people of all ages out rowing, and the Parco del Valentino is full of families soaking in some sunshine.

On the south end of the park sits the Medieval Village. It’s a free exhibit that’s pretty quick to walk through, full of cute colorful buildings. They acknowledge at the end that it’s more of what 1800s folks believed medieval villages looked like (translation: not super accurate) but it’s cute, colorful, and a quick free thing to do outside, especially if you have kiddos with you.

You can pay to go in the connected fortress, but as of October 2022 it was closed due to renovations.

Churches to See in Turin

If you like church architecture and sacred spaces, here are a few worth seeing:

Duomo of Turin – The Duomo of Turin, also called the Cathedral of Saint John the Baptist. The exterior is deceptively simple but it’s beautiful inside! and it’s connected to the Palace by the chapel for the Shroud of Turin.

Santuario Basilica La Consolata – I think this one is interesting because of its unusual layout. Rather than a traditional cross shape, the room is oval, with the short side running front to back. The space is ornate and beautifully baroque, but the unusual shape made it stick with me after seeing it. It also sits by Caffe al Bicerin, which is iconic for the drink it shares its name with.

Chiesa di Santi Pietro e Paolo – It’s a beautiful church near the train station and a few great restaurants. Don’t go out of your way here, but it’s a good spot to stick your head in if you have a free few minutes.

I loved Turin! It’s an amazing city for a weekend break. Before you go, grab my food guide to the city!