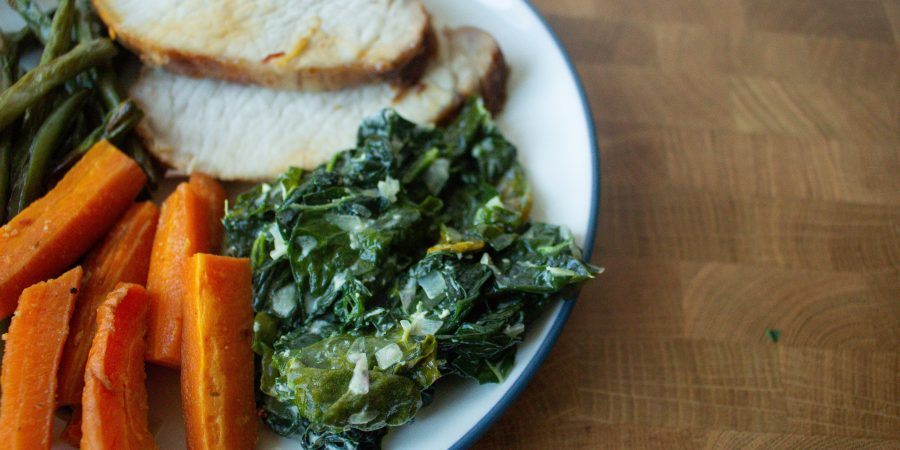 Creamed kale is the simple side dish you didn’t know you were missing! Plus, it’s a fantastic way to use up kale that’s about to go bad.

While I grew up in the south, I confess that I didn’t love southern vegetables as a kid. Except for macaroni & cheese – that’s an accepted vegetable in the south so don’t argue with me on that front. We don’t define vegetables by their healthiness, we’re very accepting that way. 😉

I especially avoided creamed spinach; it was usually a mush mess and I didn’t get the appeal. Wouldn’t touch the stuff. As an adult, I’ve tasted some killer good creamed spinach, so I’m at least reformed on that front.

So I first attempted this with a batch of kale that was too wilted for salad or roasting, mostly trying to not let it go to waste. I’ve found that most things that work with spinach can adapt to kale, so it’s worth a shot, right?

The results were glorious, y’all. My husband, who won’t eat things that look like they’re slathered in mayonnaise, loved it. I did have to convince him this doesn’t have any mayo in it, but once he gave it a shot, he was sold too.

The kale cooks down in the cream enough to get this great soft texture that’s decidedly not mushy. The cream sauce is light, never gloppy, and the bits of shallot mix it up.

It’s so good that there have yet to be leftovers of this. That’s how much we like it.

Creamed kale is also a gloriously simple dish to make, the kind of thing you can make while multitasking your main dish in the kitchen or get your kids to help make.

This is great to serve alongside just about anything, but I like the contrast of it with lemon garlic green beans (another super easy side dish) and a roasted chicken.

You can do this with whole milk if you don’t have cream, but lessen the water a bit and it won’t taste quite a rich. My vote is to just buy the cream. 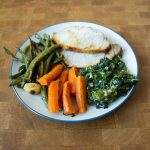 Creamed kale is the easiest way to use up nearly-gone kale! What’s your latest favorite side dish?