Growing up in the Triangle, the biggest harbinger of fall wasn’t sweaters or Halloween costumes or even the leaves changing. It was the NC State Fair!

I grew up in a household that believed the fair was a MUST every October, and each year I often ended up going more than once with various friend groups. The fair at night is magical and  has a special allure to teenagers eager to spread their wings a bit. Then in college, one of my favorite things every fall was to take friends who’d never been, especially if they’re from up north (or anywhere that things aren’t constantly fried) to watch them experience deep fried twinkies or oreos or bacon – whatever was the new fried thing that year. Yes, the state fair has a new fried thing each year. This year, I think it was jello.

This year, Logan and I went during the day for the first time in I-don’t-know-how-long, mostly because I wanted to see the animals. Yes, I am actually an 8 year old girl still and can’t get over the baby animals. That’s me.

First, food. Surprisingly, my favorite fair food is actually corn on the cob. It’s grilled, drenched in butter, and there’s lots of seasoned salt options. It makes me happy. And I’m that local kid who has a specific corn booth that’s my favorite – the big one near the Village of Yesteryear (yes, that’s a thing. We’ll get to that.) right next to the rabbit exhibit. Best corn at the fair, hands down.

Don’t misunderstand me – just corn is not a true fair experience. Over the course of the afternoon, we cobbled together “lunch” at about 5 different booths. Need protein? There’s burgers, BBQ, ham biscuits, turkey legs and lots of other options. Try a weird fried thing, it may surprise you. Our favorite is the bacon-wrapped Reese’s cups, but we ALWAYS have to get a funnel cake. It’s a classic and not to be overlooked. Like all the best things in life, its better when shared.

There’s also fantastic ice cream. N.C. State University always has a booth with a 30 minute line, but it’s that good. Every third booth has soft serve if that’s your thing, and we discovered a new homemade ice cream place with strawberry, so that attracted our spoons this trip.

Backing up a bit, I’m sure you’re wondering about the Village of Yesteryear. It’s such a quintessential thing at the fair, but I get how it’s strange to first time visitors. There’s this corner of the fair, away from the rides and the midway, that’s got semi-permanent buildings. One is an old mill, another details the history of the fair. They used to have a working blacksmith, but I couldn’t find it this time. There’s musical and clogging performances throughout the day – I had a friend who clogged competitively and we always went to see her at the fair. The costumes are AWESOME. It’s also where you can find the petting zoo, handicrafts for sale, and things like that. Definitely worth browsing. 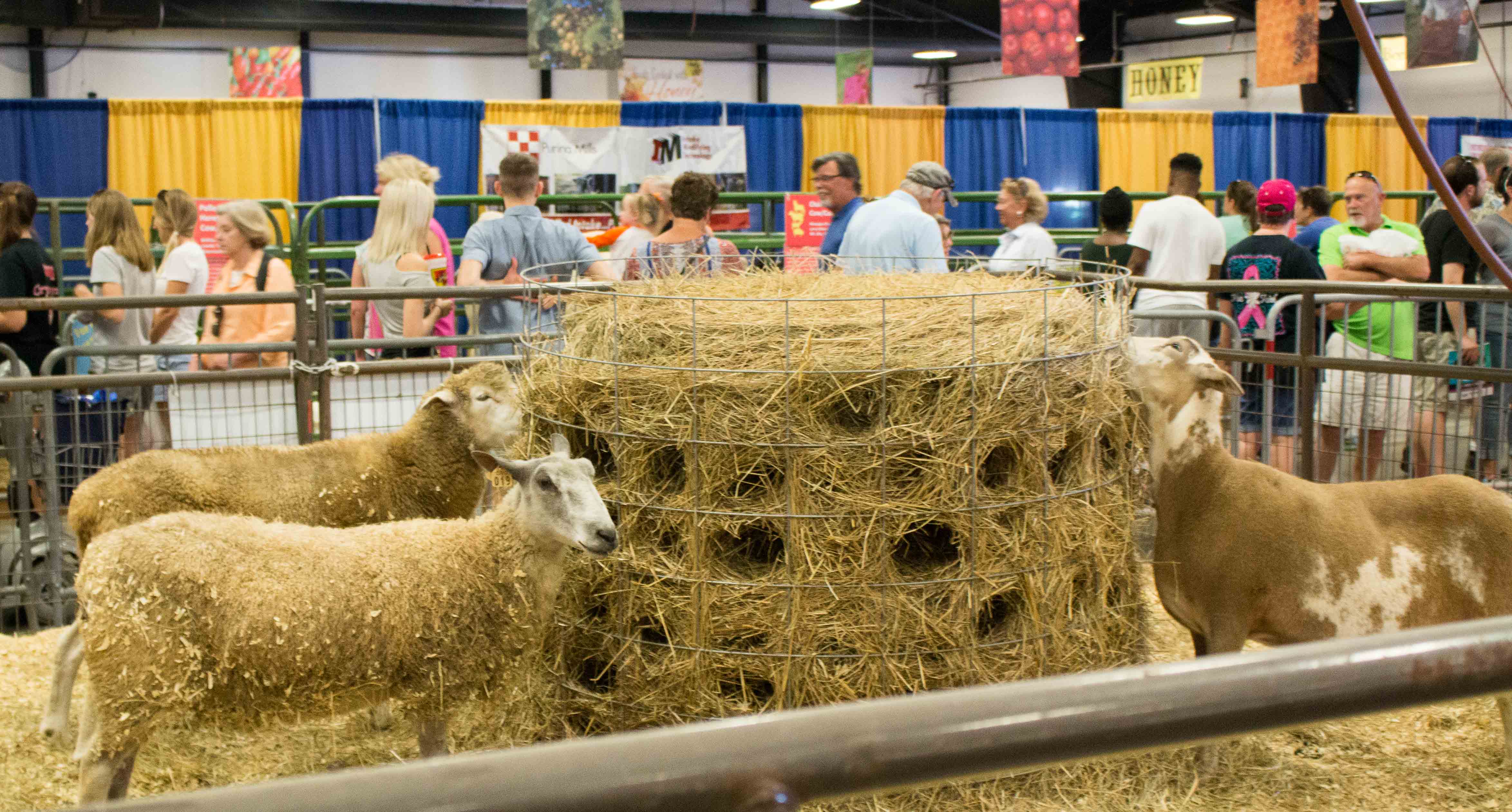 The main reason I wanted to go during daylight this year was the animals. There are competitive animal shows, which for some reason I find fascinating (have you ever watched a “best in show” style goat competition? It’s ridiculously cute!) and next door is the Ark, which has the prettiest cows and tiniest piglets you’ve ever seen! Seriously though, these are the best-groomed farm animals I’ve seen in my life.

Side note: it made me laugh to realize that my husband took the bar three months ago in the exact spot that we saw the goat competition. A whole new level of mixed-use facilities, right?

Speaking of animals, my absolute favorite thing at the fair is the pig races. Yes, you read that right. A farmer and his wife set up a mini track where they race pigs, geese and goats for a cheese doodle prize! It’s not to be missed. They do this every two hours or so, so make sure you check it out! 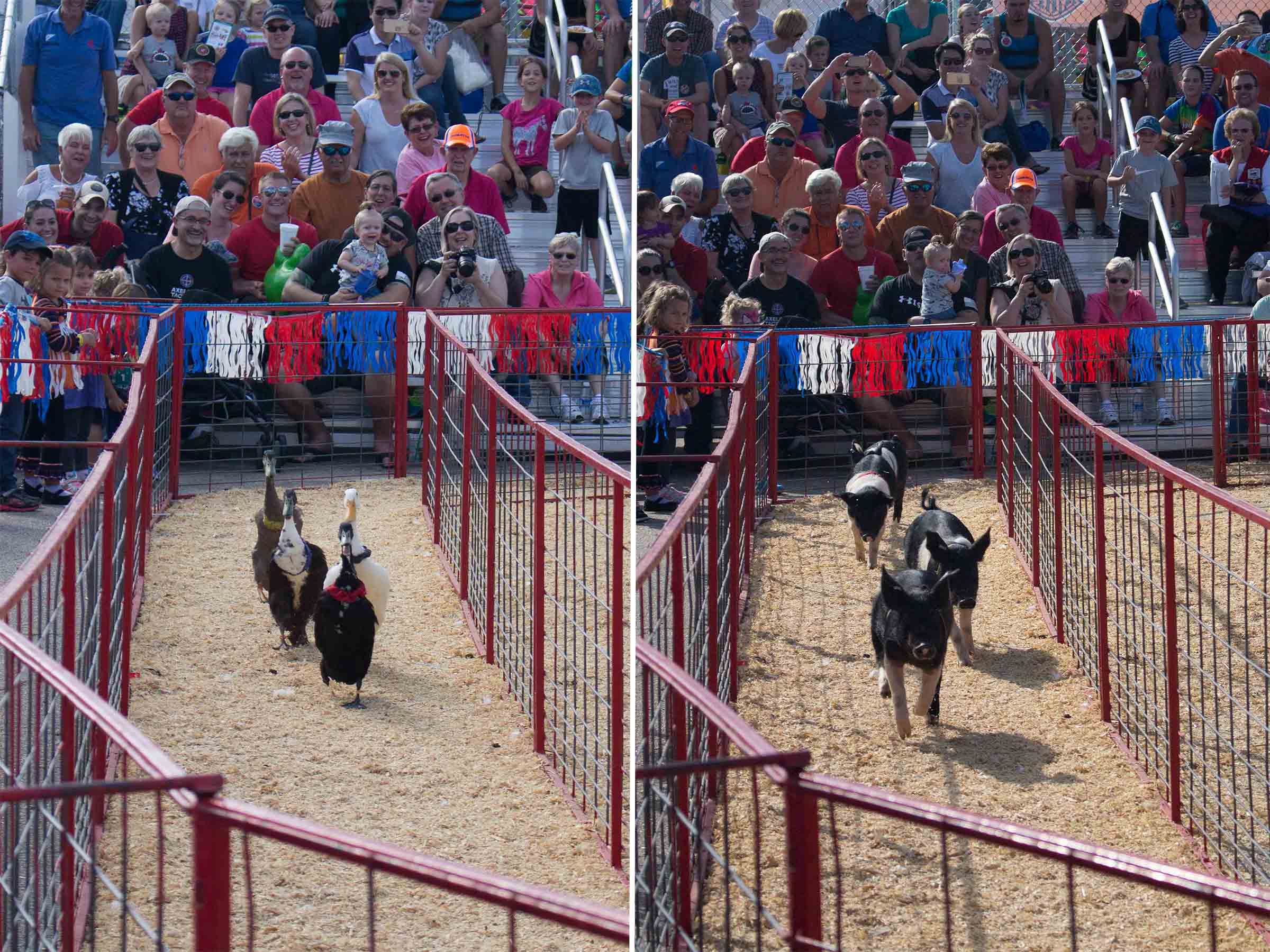 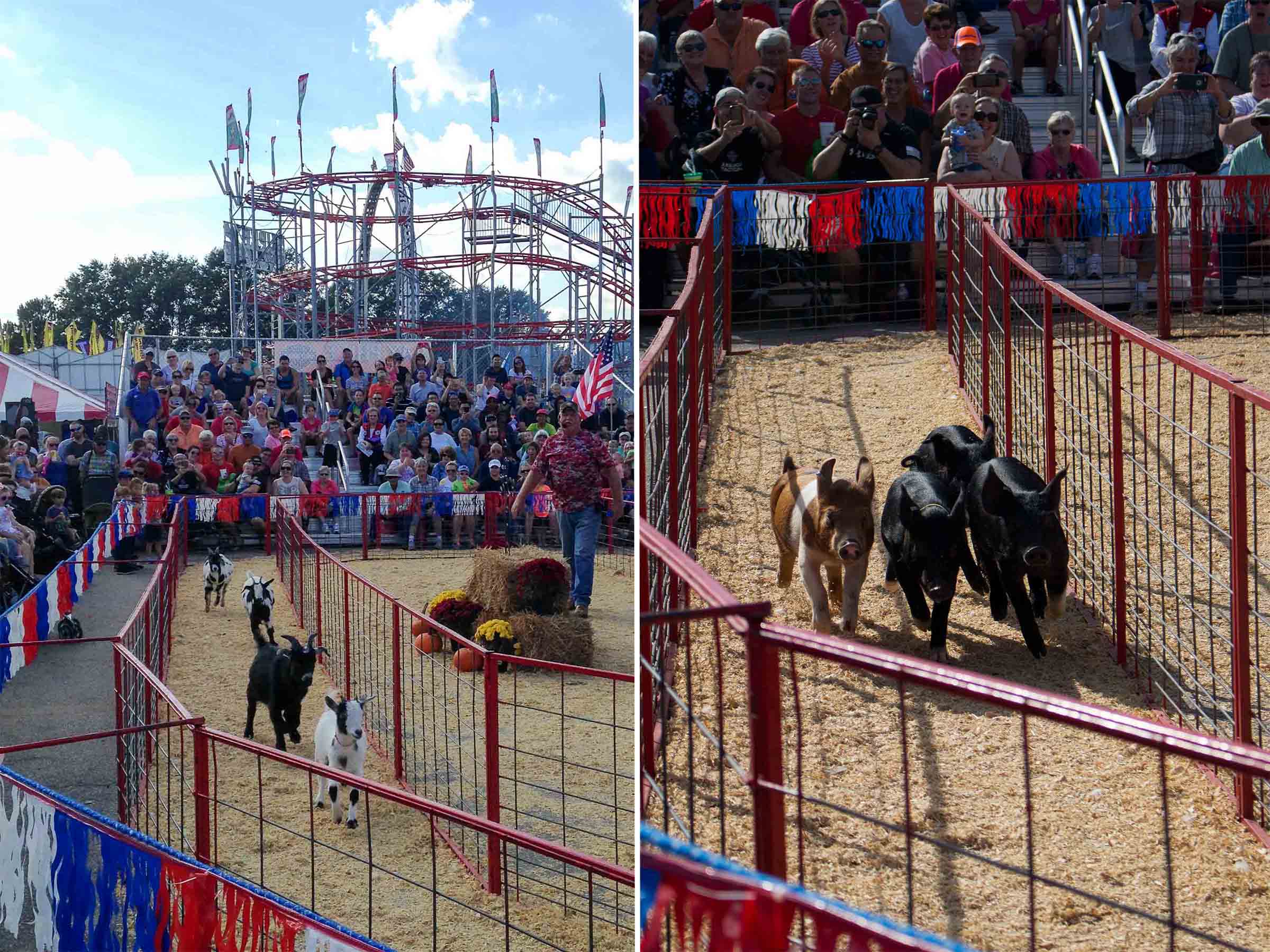 There’s so much to do at the fair! I haven’t even touched the rides; there’s something for everyone, from the ferris wheel and kiddie rides to gravity defying contraptions my mom doesn’t want to know I ride. There’s concerts every night in Dorton Arena, usually with a few up-and-coming artists you’ll hear more from in a year or two. There’s also random performances scattered throughout the fairgrounds – one year, I came across a hypnotist show and it was the funniest thing I think I’ve ever seen at the fair.

A note about parking: there is free parking! You just have to know where to go. Carter-Finley Stadium offers free parking and the walk to the fair isn’t too bad. They had a park-and-ride situation, but we decided we were going to eat enough to merit the extra 100 yards to our car.

My favorite fall tradition is only around 10 days every year, but that makes it all the more special. The state fair wraps up today, but mark your calendars for next October!

What’s your favorite fall tradition? Let me know in the comments below – I’d love to hear from you!

1 thought on “My favorite fall tradition: The State Fair”