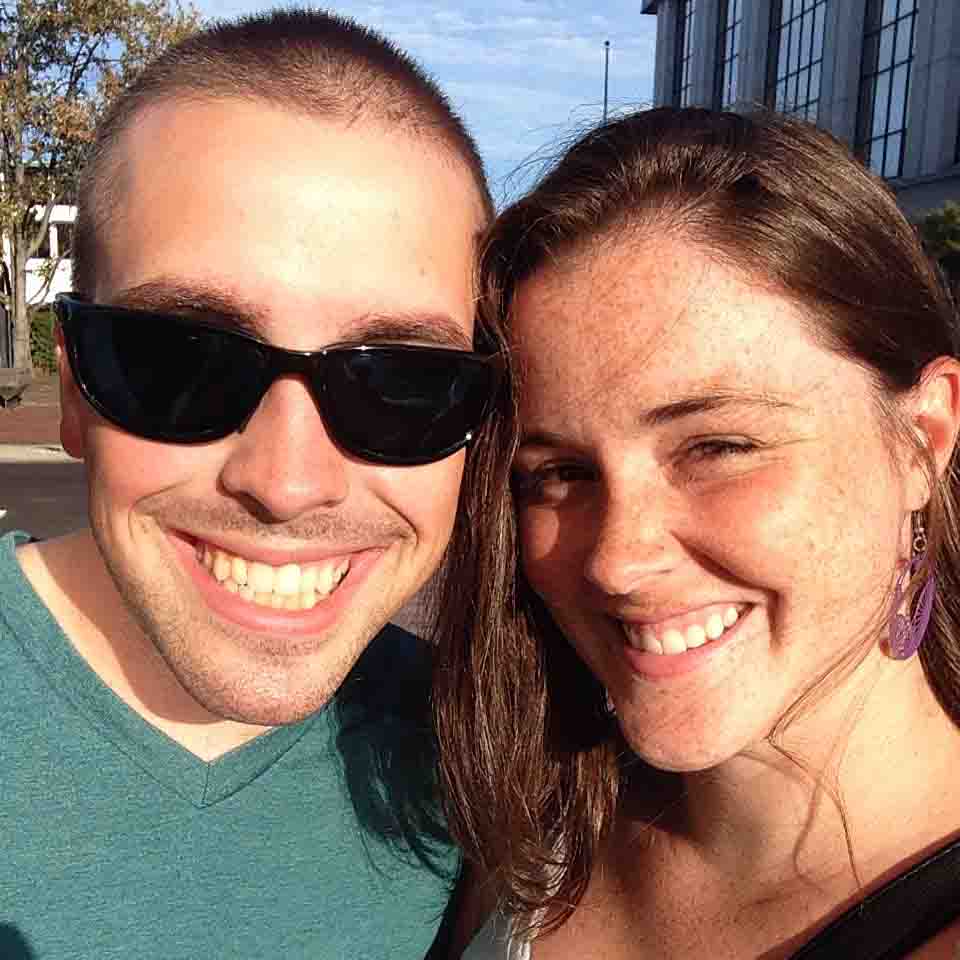 So the big news in my corner of the world is that Logan is back from Field Training!!! My dad and I did a whirlwind trip down to Montgomery, Alabama, to see him graduate. In the midst of 350 men and women in uniform it was hard to see him among the ranks, but luckily one of Logan’s brothers is an eagle eye and spotted him as they marched past us. I am so proud of him!! He worked so hard and has some great stories from his time, but we both agreed that the whole no-talking-for-five-weeks thing never needs to be repeated.

So the next day when he flew back to NC, he got to choose whatever he wanted for dinner. After a delicious stop at Bull City Burger and Brewery (more on that some other time!), he wanted ice cream, so we walked over to The Parlour to see what interesting flavors they had going on this week.

The Parlour‘s “thing” is that they offer a couple of classic flavors, like vanilla and chocolate, and then several random flavors. They sound weird and make you wonder who decided to put those combinations together, but they consistently are good, or at least weird-good.

On a Tuesday night they were surprisingly busy! Not crowded, but there were lots of people inside and several families in the square outside the building slurping ice cream before it melts all over.

Of course I wanted to try all the flavors, but limited myself to one taster of malted blackberry. It was good – surprising, because I usually associated malt flavor with

chocolate, but it added a richness to the blackberry flavor. But I’d heard so much about their honey lavender that I knew I wanted that on my cone. I paired it with chocolate, because I cannot resist chocolate of course. Logan chose blackberry corn, because putting corn in ice cream is such a bizarre idea that he just had to try it.

I LOVED mine. The honey lavender was sweet like honey and the lavender was subtle, the taste coming across almost as a smell. Yet it still stood up to the rich chocolate when I got a bite with both flavors. The chocolate was creamy, deep, and basically everything you want in a chocolate ice cream.

Logan’s was good too – I think  it was a vanilla base with whole blackberries mashed up and swirled in. The funniest part to me was that there were actual corn kernels in there too! I couldn’t tell if they used the corn to flavor the ice cream, but they were plentifully swirled in with the blackberries. We sat outside in the evening sunshine enjoying our ice cream and the low humidity, watching the parents chase toddlers as they climbed over everything and the hipsters talk about things I’m way too cool to have heard of yet. It was a pretty great way to spend an hour.

The Parlour also do a bunch of specialty things: milkshakes/malts, sundaes, special combos. They also have baked goods, but based on the amazingness of the ice cream I’ll never actually try the pastries. Also, shout out to the staff – there were a bunch of people working there that night and everyone was friendly and happy to give us samples/make jokes as we paid/be personable. It was great!

In case you haven’t already figured this out, you should definitely go. I’m already trying to get back there tomorrow.

0 thoughts on “TriangleBucketList does dessert: The Parlour Ice Cream”